FEATURING LEGENDS THE BAMBINO, THE SAY HEY KID, THE KID AND THE HAMMER 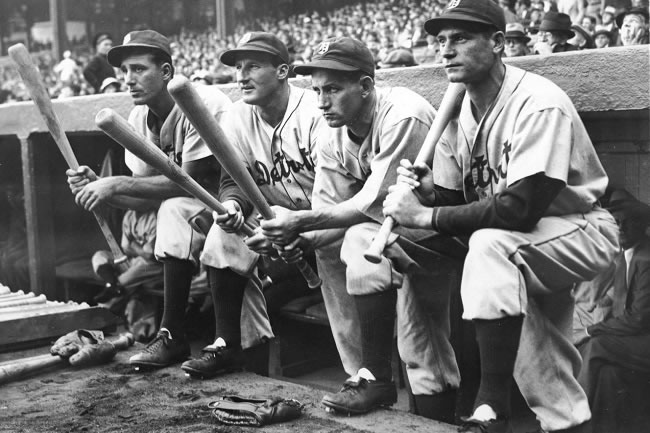 Whilst the overall appeal and charisma of a certain player can lead to them becoming a favourite with the fans, and marketers alike, there is no denying the art of baseball is all about the performance. Whether it’s defense or offense, a player’s statistics grossly outshines any public displays or fan-winning tactics in the long run, not too dissimilar to the likes of golf and tennis.

With an emphasis on technology and equipment in today’s game, and the guides and tips to use that equipment most effectively to improve your game, it wasn’t so long ago that your performance was stripped bare for all to see.

Performance is key, so that’s why we have collated a list of the top ranking MBL players based purely on their overall statistics in the field, rather than their private lives, however scandalous or on the other spectrum, honorary, they were.

Babe Ruth is not only the most recognisable name in baseball but the most prolific too. The right fielder and left hand pitcher had a career spanning 21 years, the equivalent of 22 seasons, playing for three of the top teams in MBL; the Red Sox, Yankees and Braves. Babe Ruth (real name George Herman Jr) began his career as a left-handed pitcher at the Boston Red Sox debuting in 1914, however he was most successful with the New York Yankees outfielding from 1920-1934.

Also known as “The Bambino” and “The Sultan of Swat”, Ruth was the holder of many records including 714 career home runs, slugging percentage, runs batted in (2,213) and bases on balls (2,062). His career slugging percentage and on-base plus slugging (1.164) still stands today. Ruth’s last game was May 30th 1935 for the Boston Braves and he was one of five inductees into the National Baseball Hall of Fame. 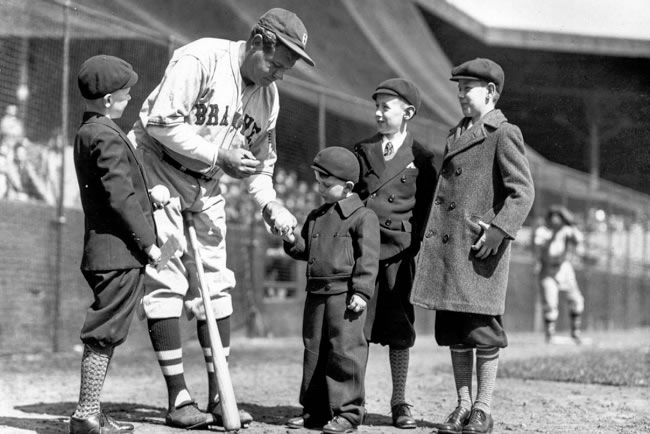 Center fielder Willie Mays began his career in 1951 for the New York Giants and finished at the New York Mets in 1973 with 22 years under his belt. “The Say Hey Kid” also spent a significant amount of time at the San Francisco Giants and comes second behind Babe Ruth in terms of homeruns with 660. His other statistics include 3,283 hits and 338 stolen bases.

Whilst Mays’ role was primarily central fielder, he is known as the best ‘five-tool player’ ever having been great at hitting for average, hitting for power, baserunning skills and speed, throwing ability and fielding abilities. He was elected into the Baseball Hall of Fame in 1979 and is still ranked in fourth place for homeruns. 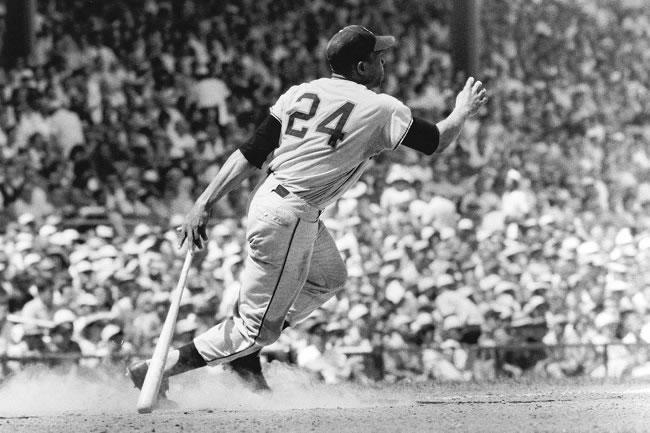 The left fielder spent his entire playing career at the Boston Red Sox from 1939-1942 then again from 1946-1960 before managing the Washington Senators/Texas Rangers a few years later from 1969-1972. Nicknamed “The Kid”, Williams is regarded as the best hitter in history (2,654) with 521 homeruns.

He has the highest batting average (.344) of any players with 302 home runs or more and has won 17 All-Star championships. “The Kid” was voted into the Baseball Hall of Fame in 1966 in his first year of eligibility. 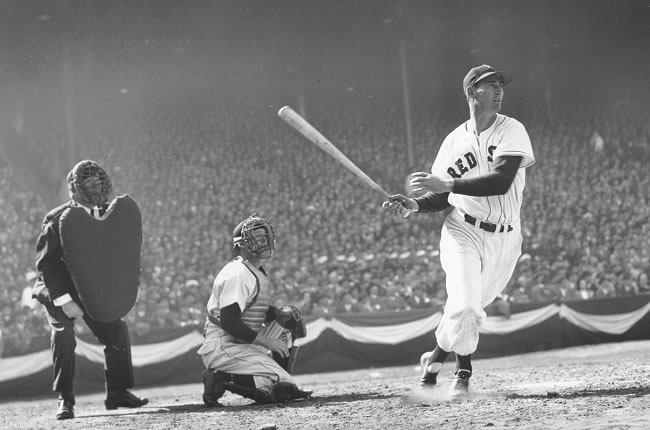 Nicknamed the “Hammer”, Hank Aaron spent 21 seasons with the Milwaukee/Atlanta Braves before finishing his career and last two seasons at the Milwaukee Brewers. The right fielder played in the MBL from 1854 through to 1976 and was the record holder for homeruns (755) for 33 years until overtaken by Barry Bonds (next). He still holds the record for total bases (6,856), runs batted in (2,287) and extra-base hits (1,477).

Aaron faced multiple death threats and racial slurs whilst chasing Babe Ruth’s homerun crown, as well as fan mail, resulting in the US Postal Service rewarding the “Hammer” a plaque after receiving more than 930,000 pieces. 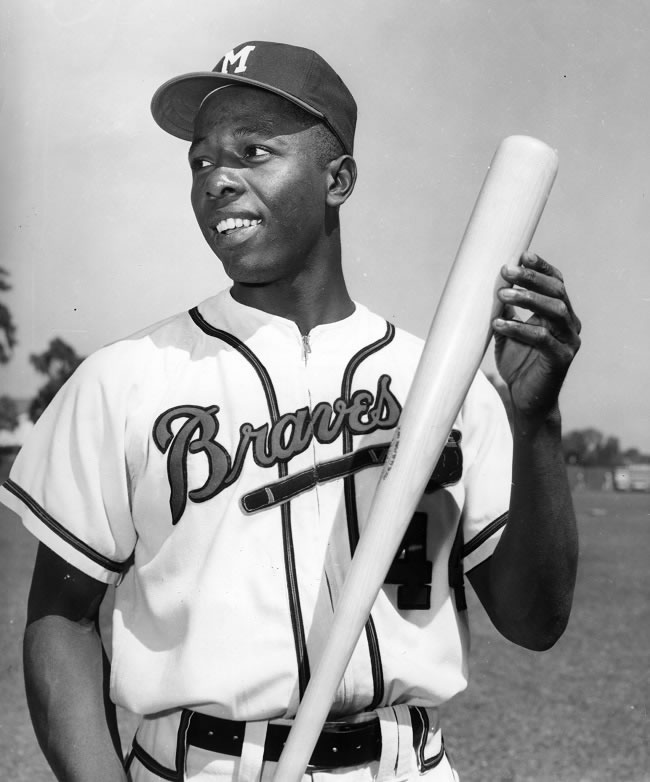 Despite Barry Bonds connection with the famous steroids controversy in the BALCO investigation, you can’t deny his achievements in batting. Having played 22 seasons of Major League Baseball for the Pittsburgh Pirates and San Francisco Giants, Bonds hold the record for career home runs at 762.

He also holds the record for 73 home runs in one season, 2,558 career walks and 688 career intentional walks. Despite being cleared of steroid charges, yet charged of perjury and obstruction of justice, this has left a stain of the left fielder’s career and he has not yet been included in the National Baseball Hall of Fame. 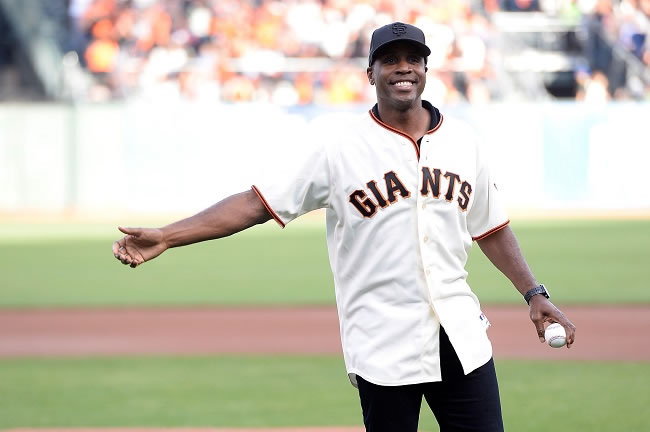