BLAS IS A LIMITED EDITION EXPRESSION WITH A FASHION TWIST 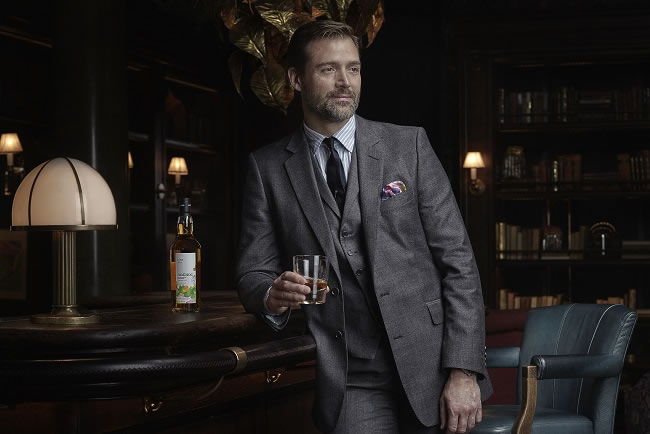 anCnoc Highland Single Malt Scotch Whisky was established in 1894 and is produced at Knockdhu Distillery - one of the smallest and most enchanting in the Scottish Highlands. It is renowned the world over by malt enthusiasts for bringing a contemporary twist to the traditions of fine malt whisky, producing a single malt that is accessible and versatile for all occasions. It has been ranked in the Liquid Gold category of Jim Murray’s Whisky Bible 2016 with a score of 96.5 adding to anCnoc’s portfolio of award-winning expressions. Whiskies in this category are deemed by Jim Murray as “superstar whiskies that give us all a reason to live.”

This month they have released a limited edition expression, Blas in collaboration with award-winning fashion designer Patrick Grant, and we have our hands on a bottle which came with a very stylish matching pocket square. Blas, translated as ‘taste’ in Gaelic, is presented in a specially designed bottle by Edinburgh-born Patrick Grant. Patrick spent over a year designing the bespoke print, which is inspired by the brand, flavour notes of the limited edition liquid, and the time-honoured production methods used at the Knockdhu distillery. 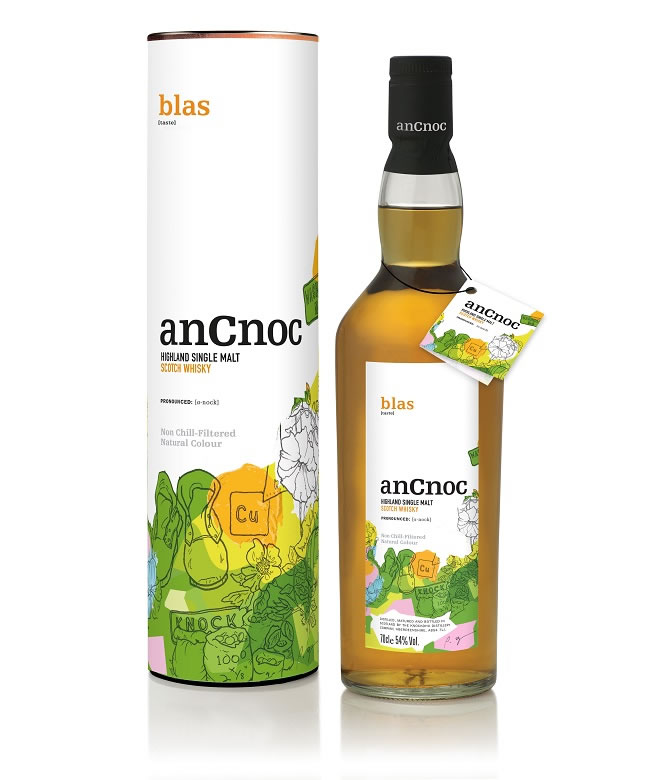 The matching label and pocket square design is very unique – the colours and illustrations are fun and playful – something which you’d not normally expected to see sitting proud on a whisky bottle label. The overall look is something which stands out and we think lends itself to summer occasions. The taste of the Whisky itself is smooth and delicious – helped by an attractive sweet aroma. The pocket square is a true summer statement staple which will strike up an interesting conversation at a summer wedding. Patrick is the creative director of Savile Row tailors Norton & Sons and luxury menswear label E.Tautz, and a judge on hit BBC2 show The Great British Sewing Bee. The Blas design includes inspiration from members of the public who contributed to Patrick’s work by submitting ideas via social media. 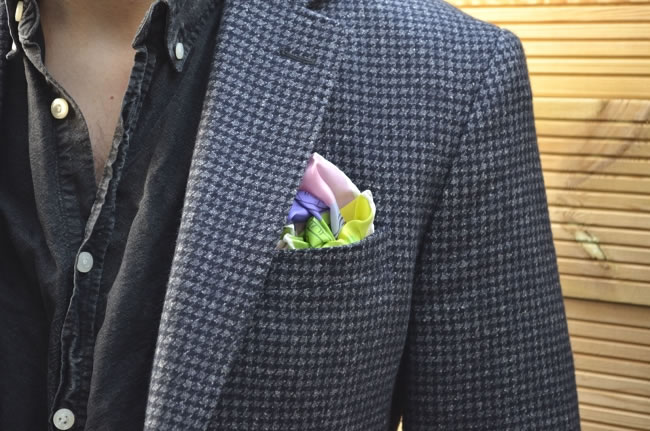 Patrick Grant commented: “I spent a lot of time at Knockdhu not only taking in the landscape and surrounding areas, but getting to know the people that work there and the methods that they use. Everything in the print is from the hill, the village of Knock or within the distillery itself and tells the story of the making of Blas. I’ve tried to interpret anCnoc’s history and tradition in a modern way, and hope this is translated through the aesthetic of the bottle.” 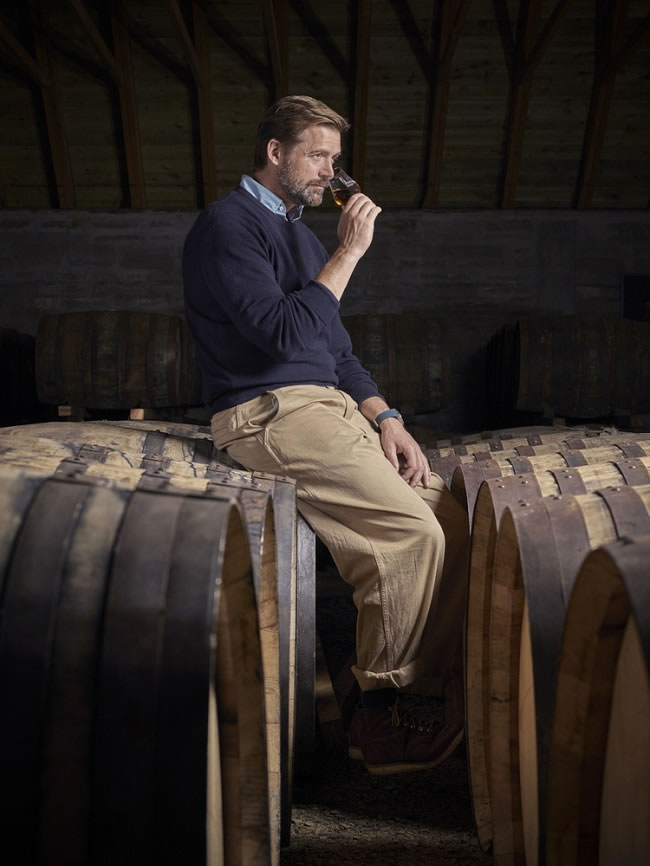 In appearance, Blas is golden and honeyed. On the nose it is densely sweet and fruity with notes of lemon and candied orange peel. Tones of bitter chocolate and vanilla add complexity and weight. To taste, Blas is full bodied and oily, leaving a lasting impression. This limited edition has been matured in American oak barrels and Spanish oak butts. Chosen at its optimum level of maturation by their Blender, Mark Williamson, it has been bottled at 54% and in its most natural state, neither chill filtered nor coloured. 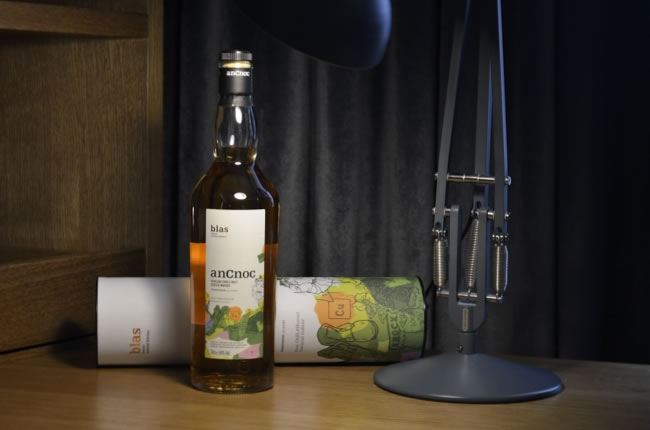 anCnoc brand manager Stephanie Allison said: “The Knockdhu distillery is like no other, using traditional production methods to craft every whisky that is released. The partnership with Patrick pays homage to this, celebrating these time-honoured traditions. Every drop of this limited edition Scotch whisky celebrates Patrick and anCnoc’s shared Scottish heritage and the spirit of Modern Tradition.” 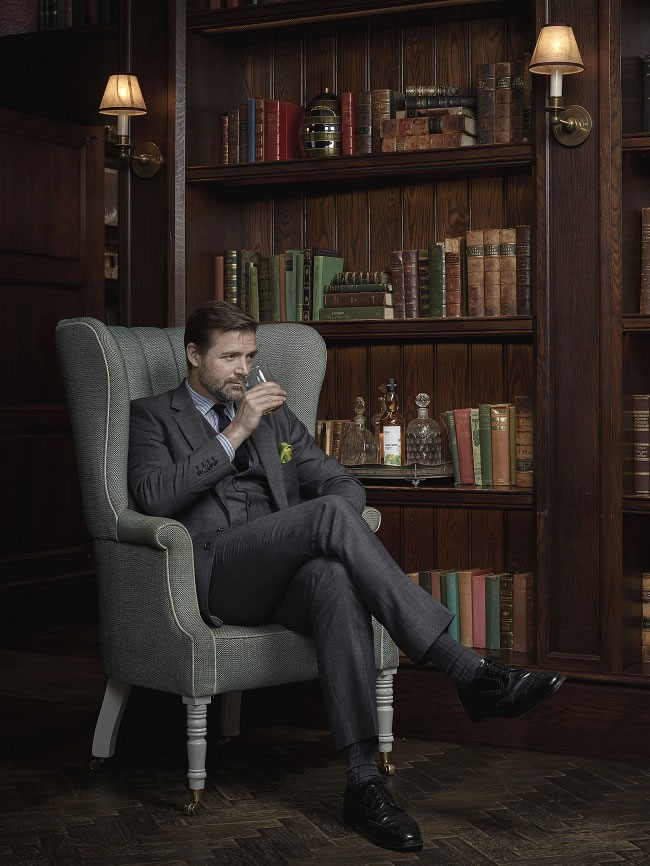