FROM HOMESLICE TO PIZZA PILGRIMS, EVERYONE HAS THEIR FAVOURITES... 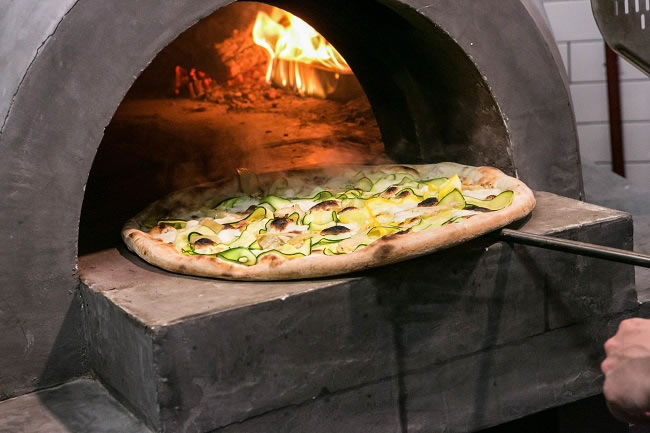 Pizza restaurants are like Page 3 models from the mid-nineties, everyone's got their favourites. Pizza has benefited from being in every other movie since the 70s. The Teenage Ninja Turtles did for pizza what De Niro must have done for cigarettes in Goodfellas. Even Arnie puts a slice of pizza he finds on the floor in his smoothie in End of Days. You get my point, I'm sure I had one. By the way, in that movie End of Days, are we really supposed to believe that someone of Arnie's physique keeps in shape with pizza smoothies? Anyway I digress. If you're looking for a pizza joint this weekend, check out the ones below.

I've spoken about these dudes before I think. When I was at Rooftop Cinema I got introduced to Pizza Pilgrims as they were handing out free pizza to the press. Let me tell you, having free pizza at a press junket is like lowering a plate of chicken wings into a box of Mogwais. I remember one of the head honchos giving me the last pizza and it was delicious. I said to him with a tear in my eye and cheese on my chin "I'll pay you back one day." Maybe not in real money, but lip service is as good as money some would say. Actually it's really not is it, I should go down Kingly St in Carnaby and physically pay the man. 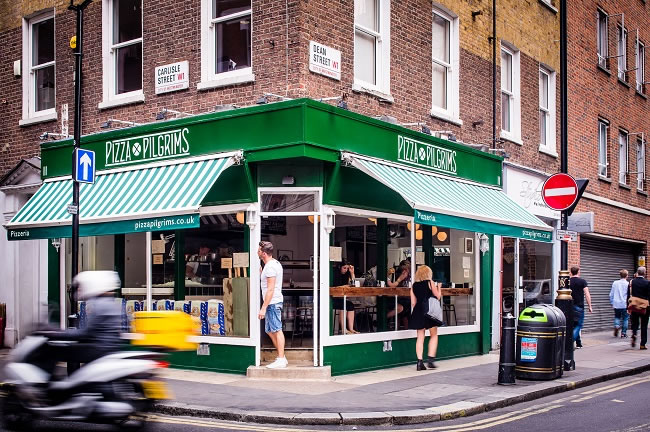 Wow what a name. Sounds like a cop film from the 80s. Sean Connery is Franco Manca. His mission is to go undercover and infiltrate the Italian Mob, all of whom firmly believe he is 100% Italian despite having a thick Scottish accent and a penchant for single malt whisky. Franco Manca, the Pizza Guy, makes pizza from slow-rising sourdough (minimum 20 hours). How about that folks? 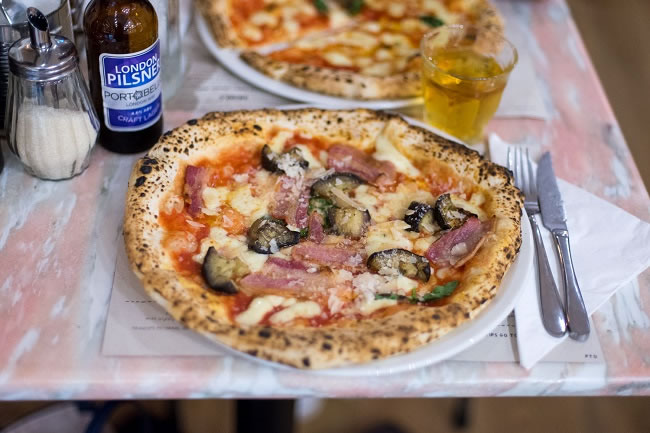 After working for many years in several restaurants and pizzerias all over London, the two owners Angelo and Pasquale decided to build their own pirate ship, Santa Maria. They started from the ground up, even imported the wood fired oven from Italy. Santa Maria has just celebrated it's 6th birthday and although I've never sampled the pizza in the streets of Naples, I'm told that Santa Maria uses the same ingredients and adopts identical cooking methods. I suggested to my editor that we needed to verify that claim by sending me on an all-expenses paid trip to Naples. My suggestion was declined unfortunately so for now, I'll take their word for it. 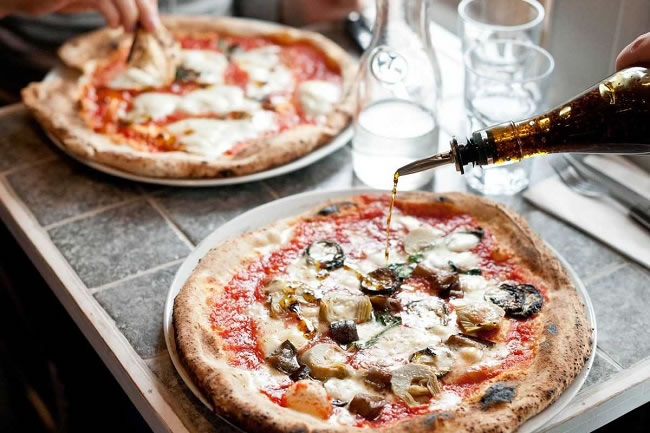 Homeslice began life in 2011 and is the brainchild of Ry Jessup. He launched Homeslice with an event at London Fields Brewery and sold out pretty darn quick. Like a runaway pizza bowling downhill it gathered momentum, serving up slices at markets and festivals with Kerb, Street Feast and Frieze, which culminated in their residency at Kings Cross Filling Station in 2012. A year later Homeslice opened its first restaurant at 13 Neal’s Yard, offering people their take on the classics alongside more unique flavour combinations. The result was a simple menu of pizza, beer and wine with quality, seasonal produce at its heart, served in a relaxed, friendly space. 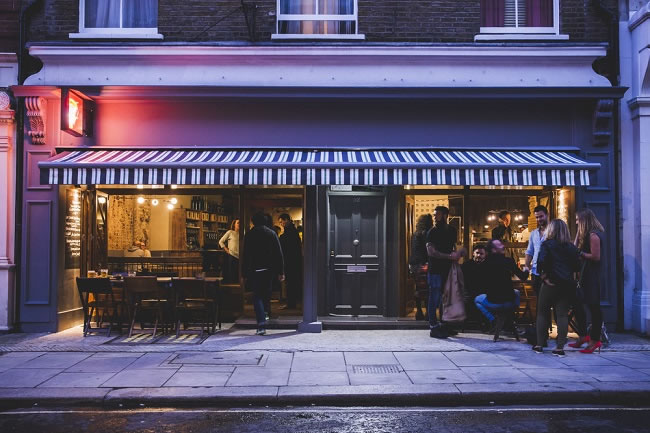 Make sure you book in advance at this hip Pizzeria owned by the Soho House group. Gwyneth Paltrow and Kate Moss have often been spotted dining at the Kentish Town Pizza East restaurant and with a vast menu of wood oven pizzas, antipasti and salads we can certainly see why. Their plates are made from traditional, seasonal ingredients with ciabatta-style, slow-proved dough, hand-made in-house every day. If you don't manage to bag a table you could always order home delivery via Dilveroo. 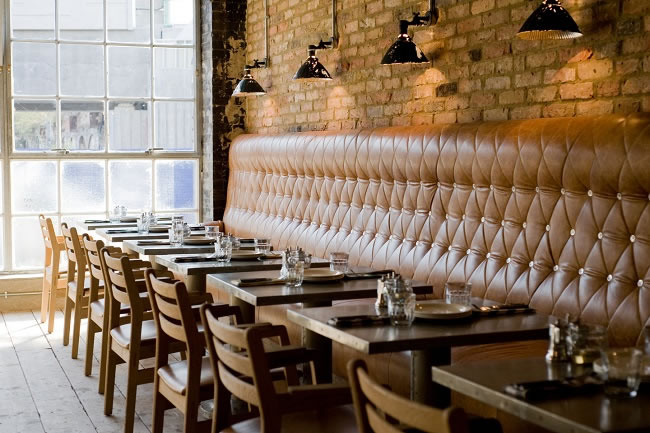 One we're excited to try...

Heist Bank - a new all-day hangout coming to Paddington in April 2016. Located just off the canal in a large, light filled space, Heist Bank will specialise in wood-fired pizza, beer and fresh flowers, bringing something entirely new to the area (according to the press release). Although the flowers sound lovely, I'm more sold on the fully stocked bar they promise to have on the 6,000 square foot site. The inside will boast a cool communal feel, with long bench seating, comfortable sofas, a specially commissioned pool table custom built, and a private party room in the basement that will be complete with karaoke, old Nintendos and self-service beer kegs.