BE INSPIRED BY THESE RIDICULOUSLY GOOD LOOKING CHAPS 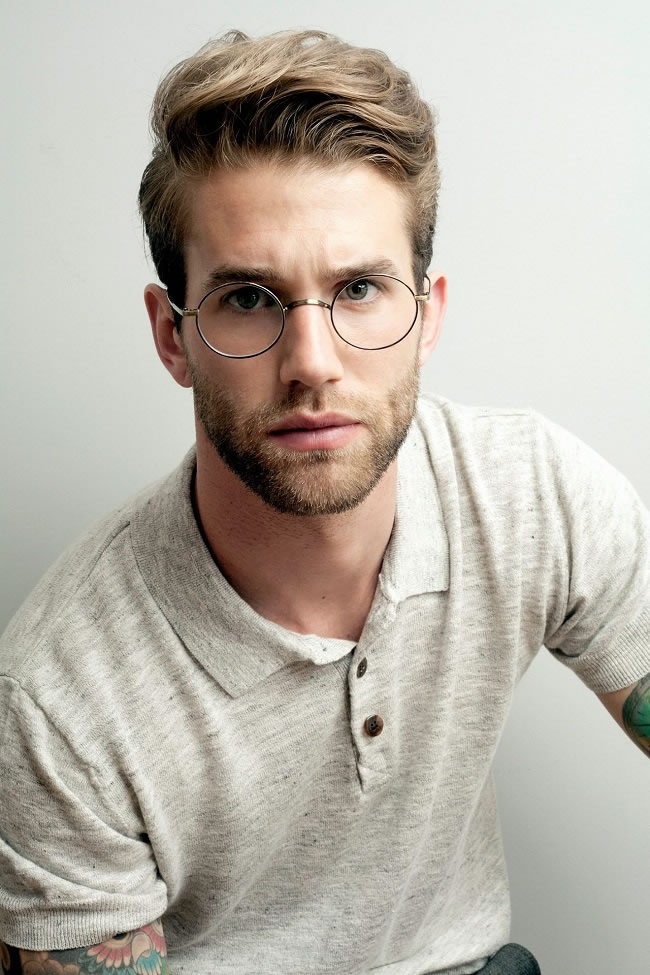 We’ve recently been talking about who’s been inspiring us on Instagram lately such as photographers and fashion insiders. Now we turn to another ten must-follow guys – male models who often treat us to behind the scenes pictures at shoots and give us insights into their jet-setter lifestyles. We’re certain you’ll be inspired by these ridiculously good looking chaps.

This German Model seems to have all the talents; he is musically skilled with the ability to play both the guitar and piano. The tattooed beau has been able to use his masculine rugged looks with menswear brand Hugo Boss in their underwear campaigns as well as tailoring projects with Camp David. Whilst modelling and brushing shoulders with the ‘in-crowd’ across the globe at fashion weeks, Andre Hamann recently launched Hazed and Glory, a clothing brand which creates unstructured garments for men and women with a relaxed Euro-America feel.

With over two million followers on Instagram it is said to be believed that Lucky Blue is the fastest growing male model on Earth. Founded at just the age of 16 Lucky has a rare and unique look with piercing blue eyes (hence the name) and has appeared in campaigns with Tom Ford, Etro, GAP, Bottega Ve-neta, CK One and Tommy Hilfiger. He comes from a Mormon background which means despite the sheer volume of female attention he's keeping to his morals. 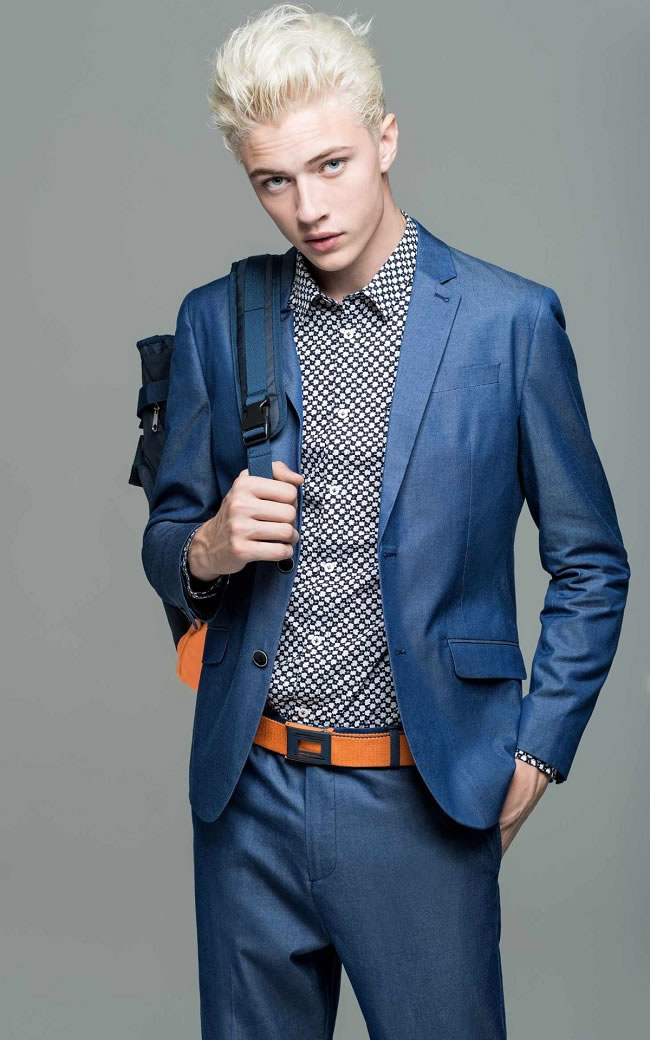 This Manchester born model was scouted at the age of 20 but quickly went onto successes in both New York and Milan in 2013. With science and tech interests at heart, Edward isn’t your usual model – he is conscious to world affairs and aims to help others. With his most recent campaigns with Hugo Boss and Joop, he’s become quite the traveler in the modelling world. However, Edward keeps to a humble background displaying Instagram photos of what’s important to him. 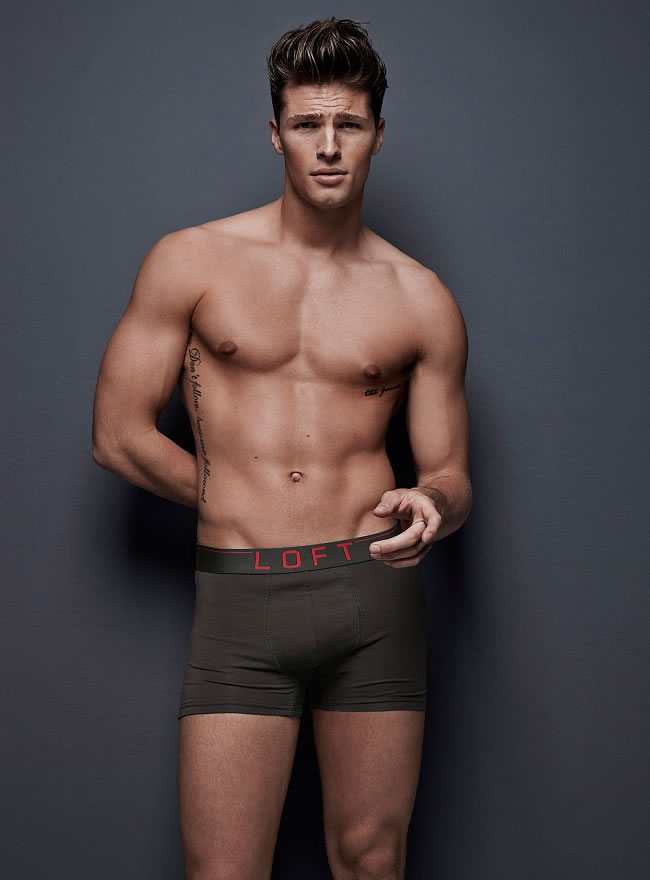 World recognised David Gandy was made famous during his days at Dolce & Gabbana where he appeared in their iconic ad campaign in Capri in 2006. But Essex boy David didn’t always have such luck on his side at the beginning of his modelling career. When David Gandy started modelling agencies wanted skinny men, so his masculine physique meant he hit a few difficulties. It wasn’t until 2001 when he went on to win ITV’s This Morning modelling competition when doors started openening for him. He then went on to be recognised as one of the most successful male models in the industry. 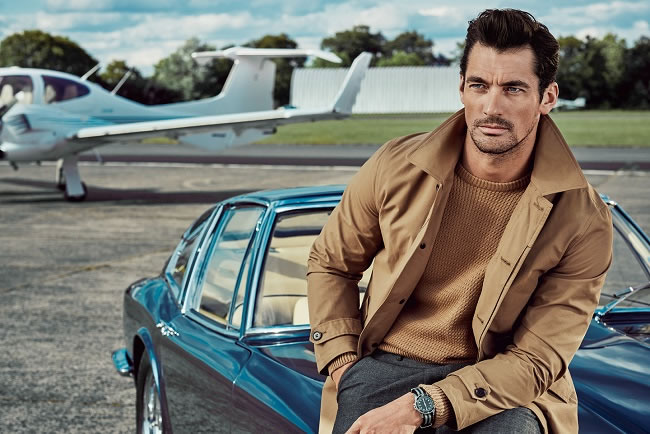 Another of the great British born models, Isaac Carew, also a chef and unusually for a model a moderate foodie - claiming ‘Patty and Bun’ to be one of his favourite eateries in London. Despite this he still manages to keep in shape and maintain a healthy lifestyle to keep up with his modelling career. Recent works include featuring in Rankin’s Hunger Magazine as well as being assigned to top agencies such as Ford and New Maddison across New York, London, Paris and Milan. This has led him to appear in GQ Trends, Pull & Bear and walk the runway for Thom Sweeney. 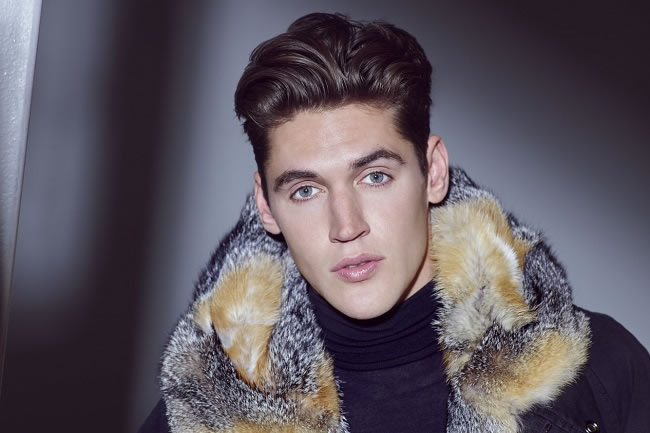 Across the pond, US based model Garrett Neff was ranked by Forbes in 2009 at 5th place in their list of the most successful male models - which doesn’t come as a surprise when you’re one of the faces at Calvin Klein. It was this campaign that helped his career bloom, along with other reputable brands such as DKNY and H&M. However, it’s not just his work in front of the camera that he is synonymous for, back in August of 2015 he launched his own swimwear collection, ‘Katama’. Be prepared to be inspired (and somewhat jealous) by his Instagram feed. 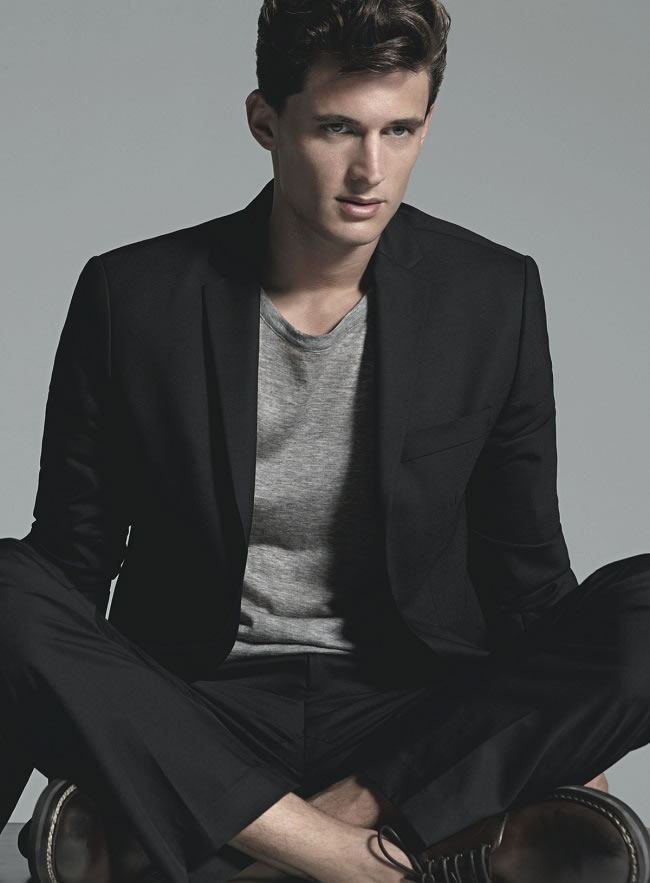 Richard describes himself in his Instagram biography as a ‘Part-Time Unicorn’ – and he also works as a lawyer. With his mature facial hair, curly locks and piercing blue eyes he has a structured face perfect for editorial and commercial work. Recently Richard has appeared in campaigns with Canali as well as walking the runway for Oliver Spencer, and he's well-known for modelling for Polo Ralph Lauren. The reason Richard’s imagery is so striking could be due to how his rugged looks contrasts with his clean sartorial appearance. But when you’re a lawyer by day we wouldn’t expect anything less. 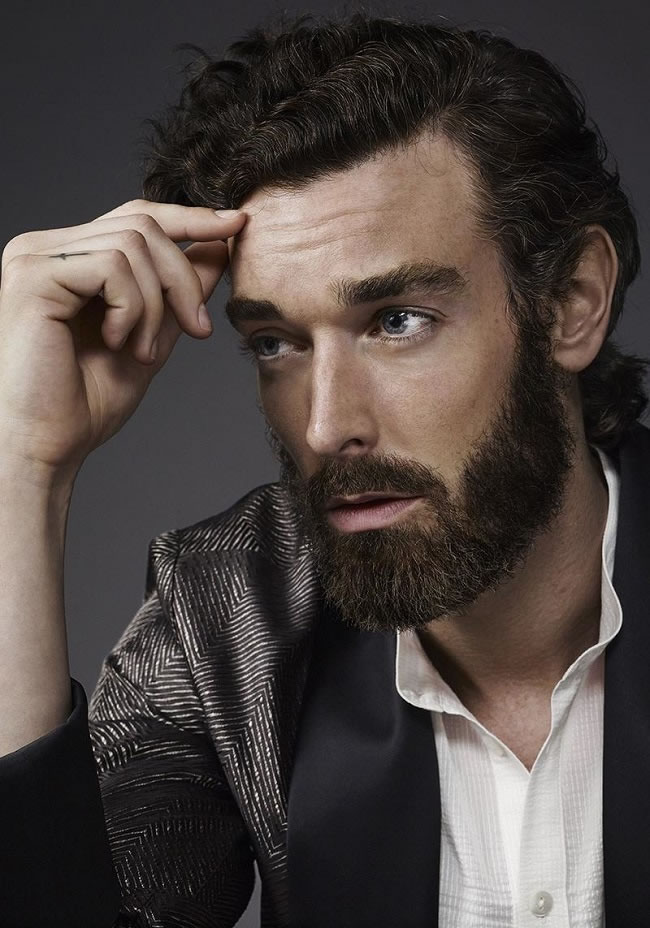 This Spanish born model fled for Paris at just 18 to pursue his career in the fashion world where he was quickly scouted as a model and soon became the face of notorious Italian brand Just Cavalli. With his Mediterranean looks his career spiraled and he went on to work with Armani and D&G. Since then Jon Kortajarena has worked with high-end brands such as Etro and Trussardi as well as high-street brands such as H&M and Zara. He was ranked in 8th position in Forbes’ 2009 list of Most Successful Male Models, and today he is pursuing acting. 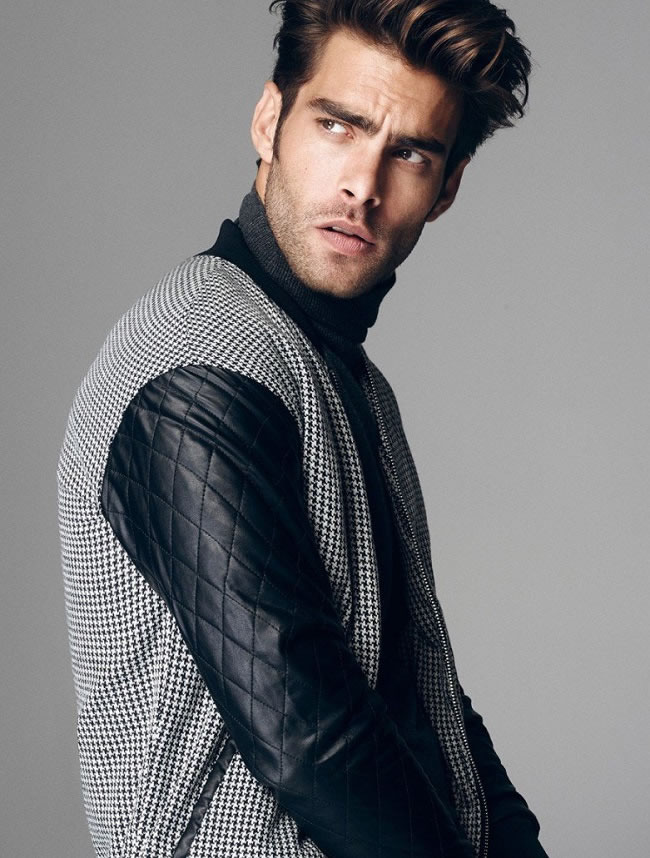 Recognised by his iconic appearance with Burberry, Sang Woo Kim was the first Korean model to ever appear in the British brand’s campaigns. Born in Korea, Sang moved to London at just 6 months old and so he calls London his home. His modelling career first started when he agreed to help out fellow students at Central St Martins. He then went on to work with Lacoste, Diesel and Philipp Plein as well as appear in classic menswear magazine The Rake. Despite his modelling successes he describes himself as an artist. 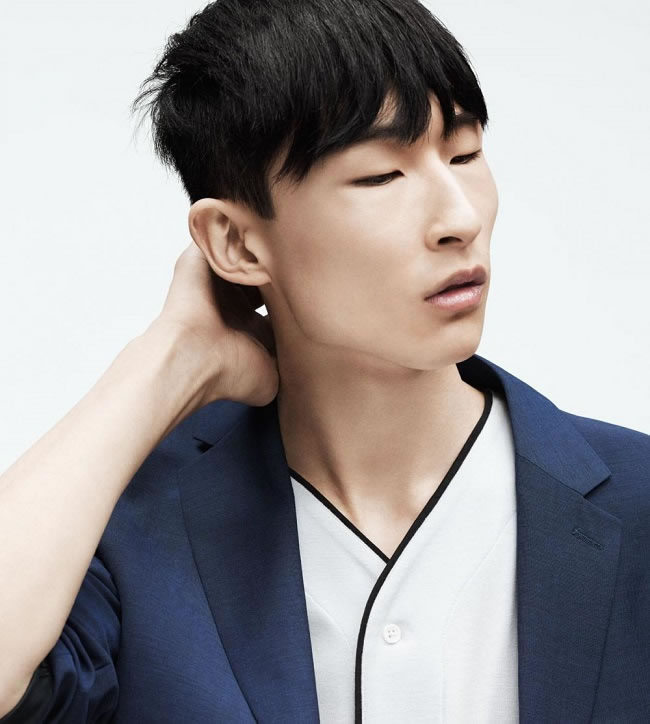 Male modelling can go far beyond the average female models' shelf life, the more mature models can often be in higher demand over their younger counter parts. With a silver fox appearance Aiden Brady is also an actor, appearing in Absolutely Fabulous: The Movie, and he’s also an author. Signed to one of the most iconic modelling agencies in the world, LA based Wilhelmina has led him to walk the runway for Berluti as well as work for a number of Savile Row features. 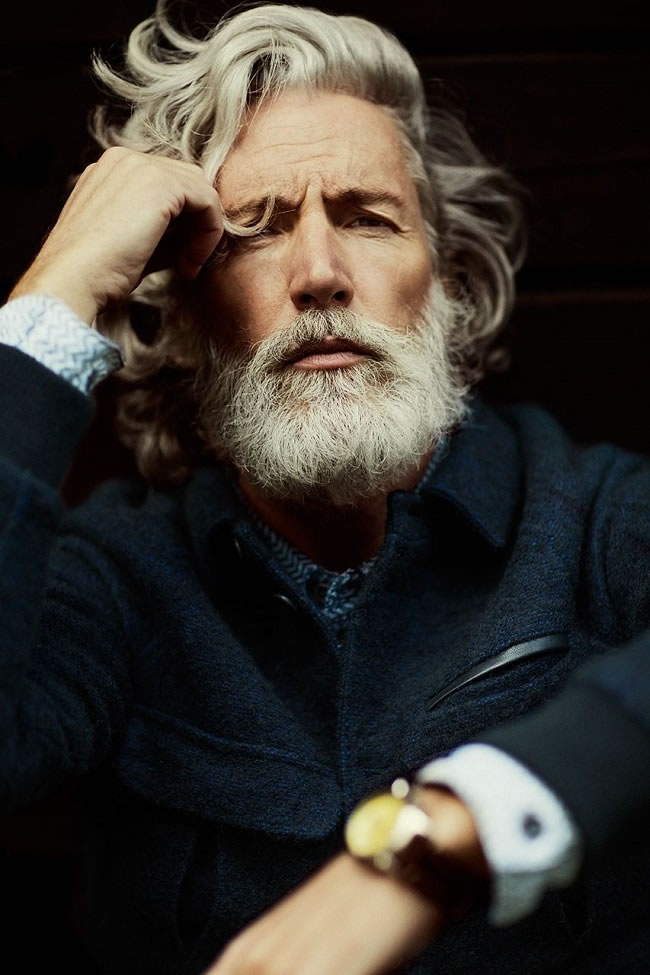