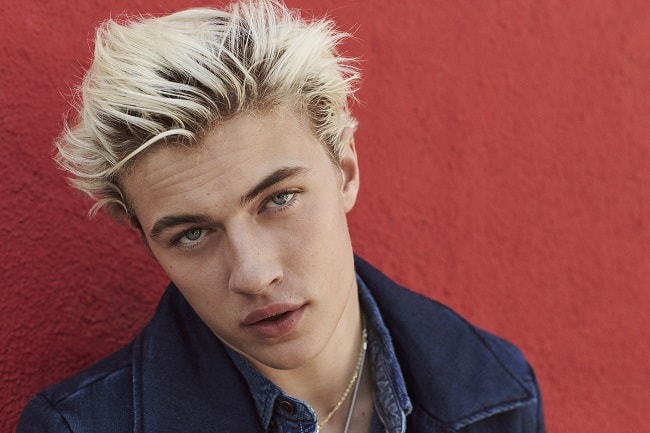 Tommy Hilfiger, which is owned by PVH Corp, announces its Autumn/Winter 2016 Hilfiger Denim global advertising campaign, 24/7 Hailey Baldwin and Lucky Blue Smith, which follows the two models and influencers on a 24-hour adventure through Los Angeles, California. From cruising down Sunset Boulevard to a pit-stop at the iconic Pink’s Hot Dogs, the campaign’s concept opens the door to a unique perspective on the brand, the influencers and the city of L.A. to consumers everywhere. Celebrating a millennial-minded spirit, the campaign engages consumers and interacts with them through a new digital approach.

The concept kicked off in April 2016, when Hailey, Lucky and Bryant Eslava, Hilfiger Denim’s social campaign photographer, invited their social media followers to send creative Snapchats to @TommyHilfiger for a once-in-a-lifetime opportunity to attend the campaign photo shoot. Selected from thousands of applicants, the five winners – from Canada, the Netherlands, Italy and two from the United States – were each granted exclusive set access and given an iPhone to record their unique experiences. 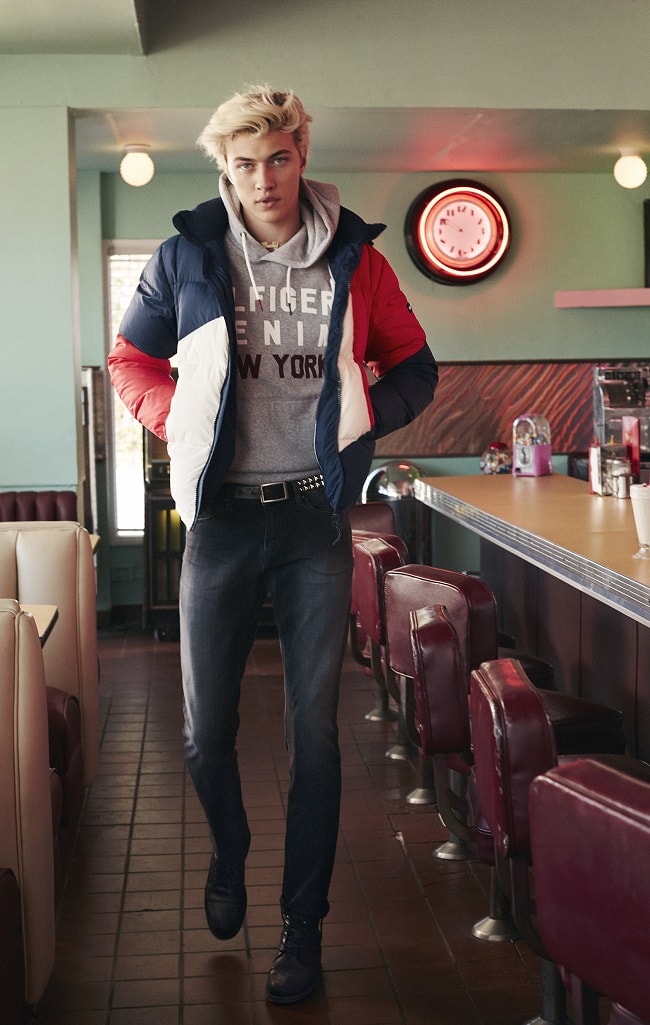 During the 24/7 Hailey Baldwin and Lucky Blue Smith campaign shoot in April, Hailey and Lucky snapped behind-the-scenes imagery and videos to further engage their social media followers; together they have an incredible reach to 8.5 million fans on Instagram alone. Additional content was captured by campaign photographer Devyn Galindo – which marks her second consecutive season shooting the Hilfiger Denim campaign – and Bryant, using both traditional cameras and iPhones for immediate social media conversations. 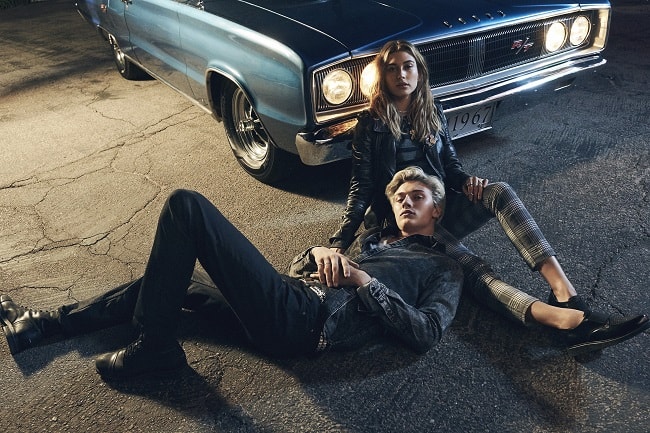 Prior to the campaign launch in August, the five super-fans will join Hailey, Lucky and Bryant in sharing a first look at their authentic behind-the-scenes imagery and videos from the shoot, enabling them to break a first look at the campaign through their own channels. Hailey and Lucky are continuing friends of the Hilfiger Denim brand, having appeared together in the spring 2016 Tommy Jeans campaign, which celebrates the brand’s iconic logo heritage. Additionally, Hailey appeared in the spring 2016 Hilfiger Denim campaign and walked in the spring 2016 and autumn 2016 Hilfiger Collection runway shows at New York Fashion Week. 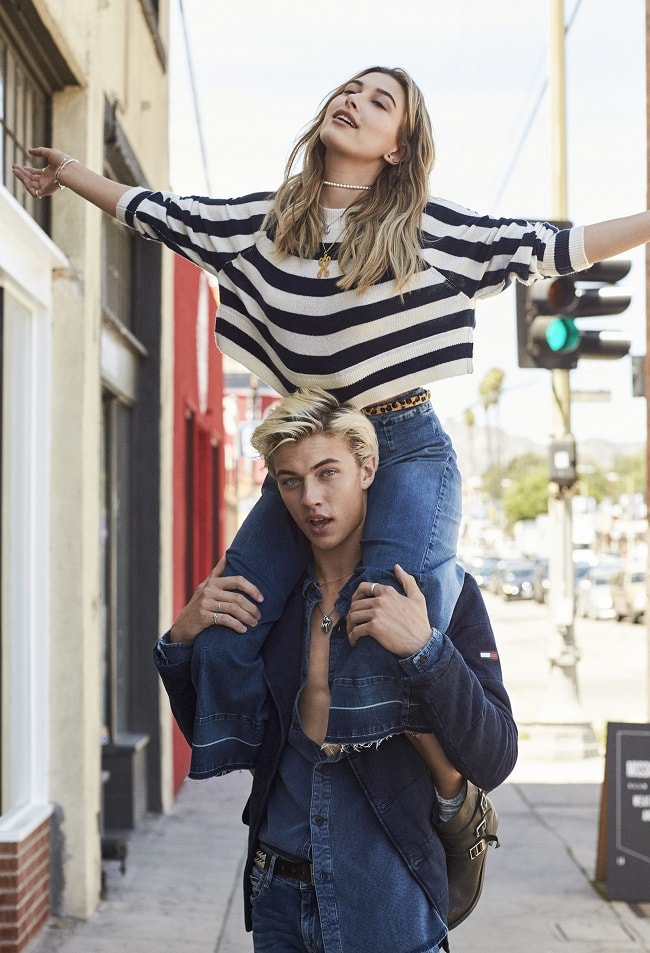 The Autumn/Winter 2016 Hilfiger Denim collection sets sail on a transatlantic journey to New York City. Heritage favourites are reimagined through a fresh lens that is relaxed but sophisticated, with a signature rock-and-roll twist. From rugged workwear references to eclectic nautical and military influences to unexpected combinations in eclectic prints and fabrics, old world culture meets new world confidence; it’s not about an age, but all about an attitude. 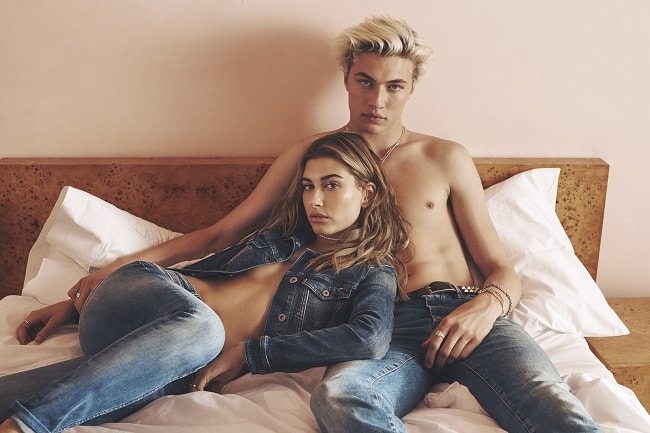 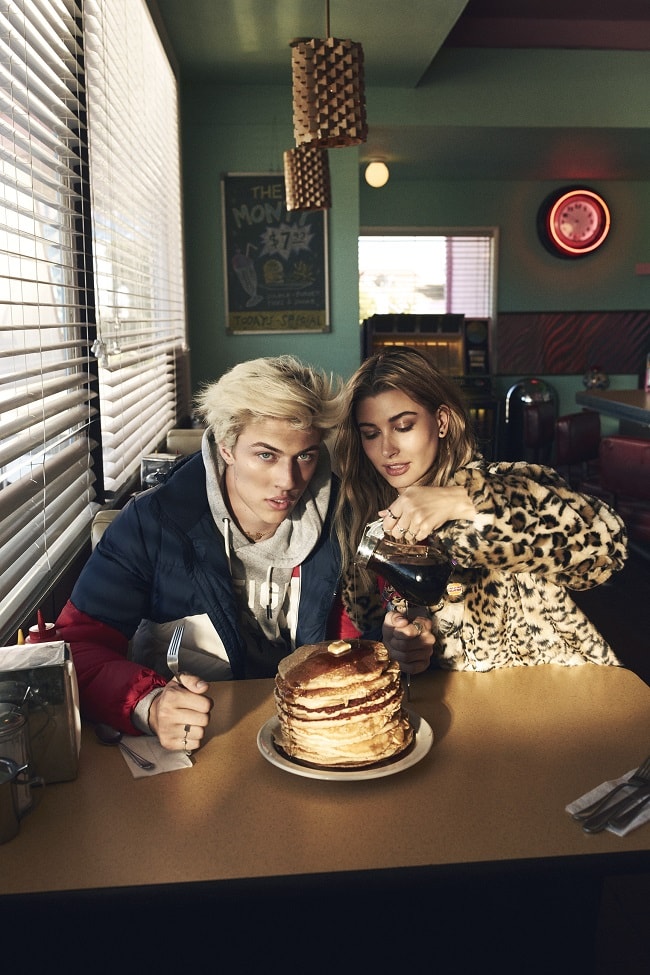 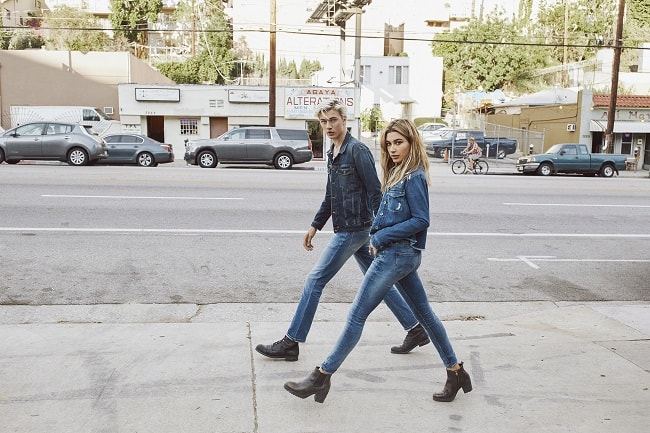