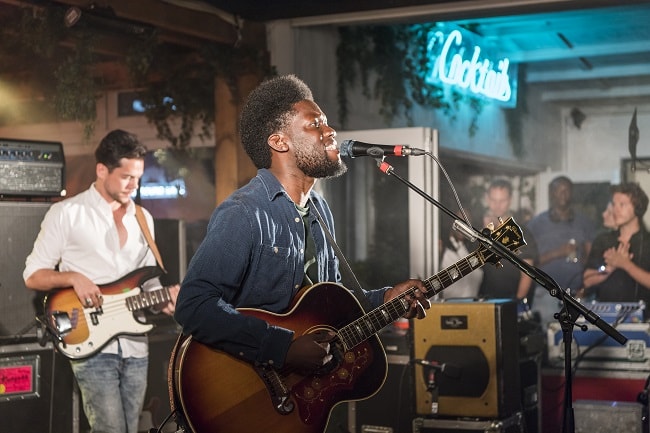 High up on the rooftops of John Lewis on Oxford Street, on one of the last days of summer, HP staged the perfect setting for one of their successful Lounge sessions. It was another opportunity to take a peek at their new HP Spectre laptop, the thinnest laptop on the market but aside from that it was a chance to meet another musical rising star, Michael Kiwanuka. MenswearStyle was invited to take a seat with the Mercury Music Prize nominee and have a chat about his inspirations, the current situation with the music scene and why platforms like HP Lounge are proving so important for upcoming artists. As the sun set over the roof garden, Michael proved to the intimate crowd, just how talented he is through his astonishingly soulful voice. If there was anyone amongst the fortunate ticket winners who weren't previously aware of his style of music, they certainly would be after he performed material from his new album Love & Hate, with his 70s inspired raspy voice and powerful electric guitar.

How do you feel performing in such a small environment like this?

“It's great. I am probably more at home here to be honest. I grew up going to small gigs.”

You've played some pretty massive gigs though, supporting the likes of Adele, how does it compare and how does it feel doing things on your own?

“It feels amazing. I remember doing the tour with Adele and not even having an EP out. At the time I wondered what it would feel like to have everyone come and just see me play and to be doing this now is like a dream come true.” 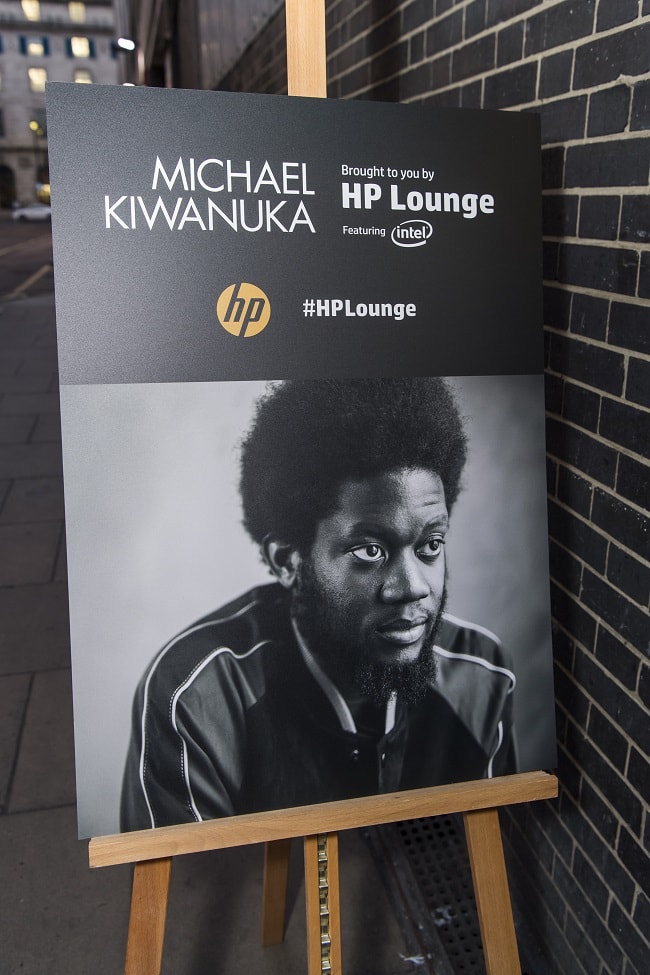 Things have changed in the music scene in that a lot of new artists are relying on social media so do you think platforms like HP Lounge are really useful as a way to reach out to fans?

“I think it is a great platform. It is definitely a way to reach out and speak to new people. You may have followers on other platforms but something like HP Lounge have their own subscribers and so it is brilliant to collaborate with another organisation. It is ideal for new artists like myself.”

What are your thoughts on the live music scene at the moment where so many venues are closing down in London?

“I think it is extremely sad to be honest. When I was younger I was going to gigs all the time. There were venues with all sorts of different artists playing. It feels like with small venues closing, there isn't anywhere to go unless you are a fully established artist. For new artists it makes it more difficult to really build up a fan base and nowhere to practice your craft and develop. Even someone like Adele had to practice and learn and that is why now she is playing massive stadiums. I think if it doesn't improve it will hurt live music but it is just a sign of the times really.” 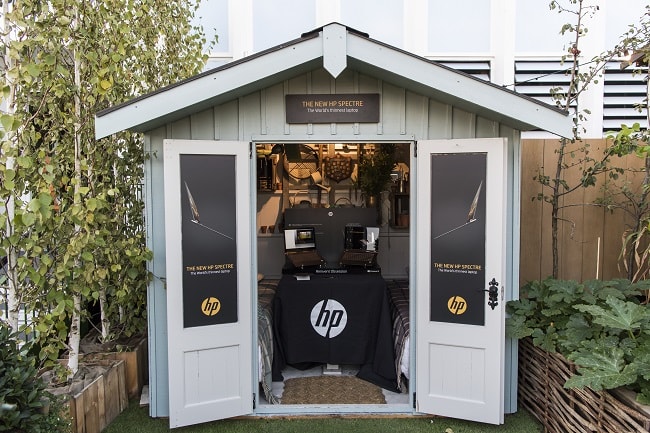 Do you feel a lot of pressure being compared to legends such as Marvin Gaye and Otis Redding?

“In a way, I don't feel pressure. They are my idols so I could never be as good as them which relieves the pressure for me. The pressure comes when I think they have created their own sounds. When you say one of their names, you know their music straight away. That is extremely hard to achieve and I hope I can forge my own identity.”

Is music from that era, the sort of music you were listening to when you were growing up? Is that where your inspiration comes from?

“Absolutely. The sound of their albums, the emotion and the rawness. I could relate to it and it sounded adventurous. The music didn't seem to have much constraint to it. It excited me and that is why I was so drawn to it from a young age.” 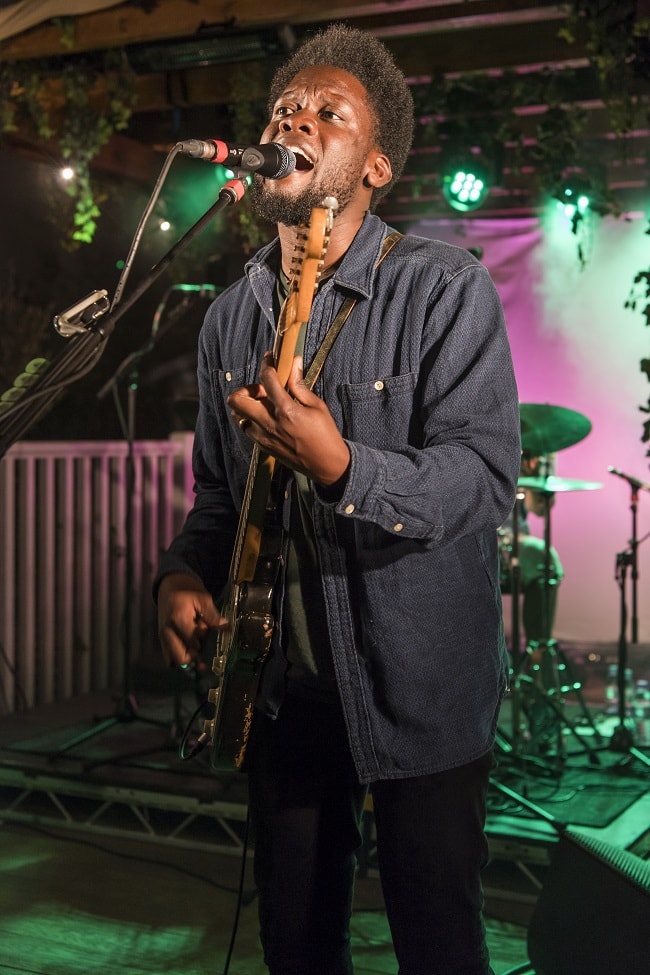 The majority of your music is extremely chilled out. Do you listen to any upbeat music aswell as the music that influences you?

“I think a lot of music I listen to is relatively mellow. Sometimes I will play something or listen to something that I think is upbeat however when I play it to my friends they disagree! I listen to all types of music but really I have always preferred the more heartfelt tunes because there is a lot of emotion in it.”

What is the best part of performing live for you?

“It has to be the feeling of it. When you are performing live, all the normal things in life don't matter. There are no rules when you are playing live. It almost feels like you are in another dimension and there are no boundaries. Obviously if you can connect with someone in the audience that is amazing too. If someone else can feel the music, that is great.”

Your second album is very different to your first. Did you feel like there was a need to make a massive change?

“I didn't feel like there was a desperate need. I definitely wanted to change it up. I wanted to keep my vibe and make it feel like me but it was a long time between albums and I wanted it be so that anyone who hadn't heard the first album, to wake them up and make them think twice about my music. There is so much music now in the industry, it makes you work harder and come up with new music.” 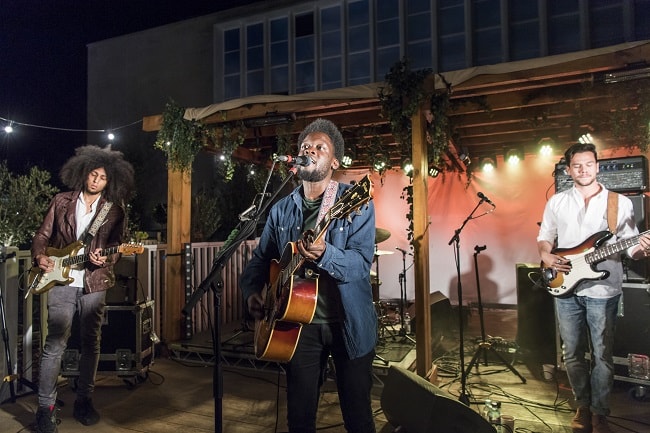 You have worked with the producer Danger Mouse on your new album, how did that come about?

“That came quite late in the day. I was searching for new sounds and actually he reached out about another project. I was working on the album at the time and he wondered what was going on with it. I asked him if he would be interested in helping me finish off the album and luckily for me he said 'Yes I am definitely up for that.' He is amazing so it’s great.”

Is there anyone who has inspired you from past or present?

“There's loads! I would love to collaborate with someone like Kendrick Lamar or Mos Def. A lot of the hip hop stuff is so creative and fresh at the moment. The things they rap about contains a lot of raw emotions and they have really full albums. All the stuff I love about old records are still reflected in their music so that would be really cool.”

Do you find your inspirations in music are reflected in your own style?

“Definitely. I am obsessed with anything from the 70s. Whether it is 70s rock n roll, like Zeppelin or Pink Floyd, or if its soul music like Isaac Hays or early Jackson 5. When you see the pictures, the clothes go with the music. People expressed themselves through their clothes or hairstyle and it is definitely part of me.”