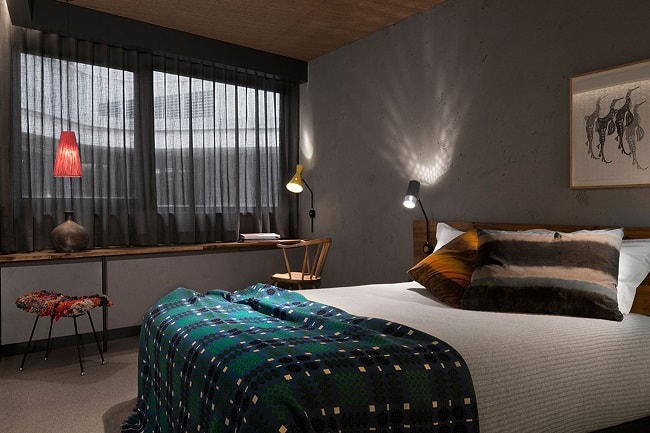 What defines edge? Is it the buzzing atmosphere in the hipster lobby, the innovative interior of that next-gen office space, the cool crowd lounging on sofas, or the beating heart of the place which gives a kick to its uber-creative events spaces? Whatever it is, these hotels have it. Here, for MenswearStyle, Mr & Mrs Smith give their nominees for the Mr & Mrs Smith Hotel Awards 2016 in the category of Coolest Creative Hub.

As its name suggests, Hotel Hotel (pictured above) doubles up on doses of cool and collected energy. The newest addition to NewActon, a creative capital in its own right, this quirkily designed den is the perfect place to get your creative juices flowing over a steaming brew, or beer, in the bar where every Friday, the barman launches a brand spanking new cocktail. Get your energy up with Sean McConnell’s seasonal, local ingredients in the moody bar and lounge accompanied by live music, or perch with a book in the sunny garden. Draw inspiration from the design-museum-worthy art pieces crafted by locals which are dotted around the place or put your feet up in the art-house basement cinema. Should you fancy a gander about town, head to A.Baker which doubles up as an underground speakeasy where everything is locally sourced, from the milled wheat bread to the onsite-roasted coffee (did we mention it was hipster?) Though your mind might be racing with plans, you’ll be free from hassle with the relaxed atmosphere in this boutique boarding house.

If you’re looking for a place to unwind your mind and let the ideas flow freely, this is it. Monteverdi is a village retreat, the tranquility of this terroir will have your mind running wild. Have a natter with the artist in residence about the work displayed on your bedroom wall, and buy a piece should it particularly agree with you. Fancy owning an original? Hold on to it, the likes of Billy Sullivan, Marvin Gaye Chetwynd and Lv Peng have passed through these walls under the watchful eye of Freize co-curator Sarah McCrory. For other high-end endeavours, head to the ancient church for a recital, enjoy the opera or attend the local film festival, and if you want to get inspired over a bottle, Montepulciano is closeby. Fancy a nibble? The Enoteca hosts cheese tastings, and should you wish to create your own, guests staying in the villas can whip up a storm with the resident chef. After all that creativity, stretch it out with yoga, sketch it out in the lavender garden and sip away your worries with a beautiful bottle of Vino Nobile. 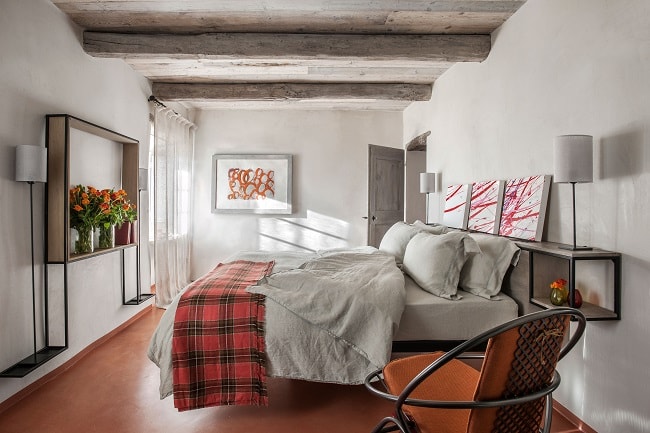 San Fran is where the creatives come to play. And with the accolades of Best Newcomer and runner up in the Best-Dressed category in the Smith Hotel Awards last year, The Battery has more than a few strings to its bow. Add to that the four bars in this elusive members’ club (until recently only open to the knowledgeable in-crowd), the Garden Bar, House Bar, Wine Cellar and exclusive Musto Bar, and you’ve got yourself a pretty crafty cocktail. Feel like a digital detox? Check. Phone use is firmly frowned upon in public spaces, so you’ll have to rely on San Fran’s Silicon Valley vistas for those like-mongering Instagram posts. Don’t worry, you’ll still feel like one of the cool kids in the deliciously dark drinking dens, all-day restaurant where only the freshest of techies hang out and the chilled out library space where deals can be done over a tempting libation. 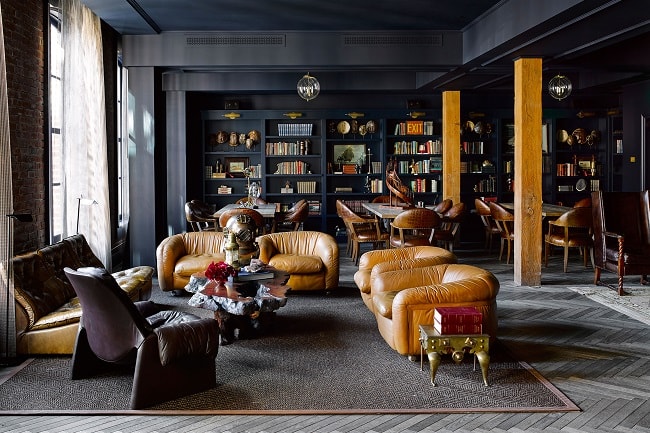 Can you hear that? It’s the sound of the buzz of Palermo, where this indulgent members’ club resides. Once a residence, this urban dwelling has four impeccably designed rooms and plays host to the city’s most trendsetting travellers. Keep a weather eye out for deliciously distracting pop-up dinners, funky film screenings, pool parties in the summer sun and brunch banquets in the winter. Eye for art? Exhibitions rotate in the Clubhouse, so sip on a cocktail and nibble on a South-American snack whilst your eyes float over the work of up-and-coming names. Feeling inspired? Lie back in one of the lounges with your Macbook and your music as you sip up the best bloody mary in Buenos Aires and let your fingertips do the work. Run out of tunes? Relax, the late night DJ sessions have you covered. So whether you’re working or playing in BA, let The Clubhouse play host to your creative inclinations. 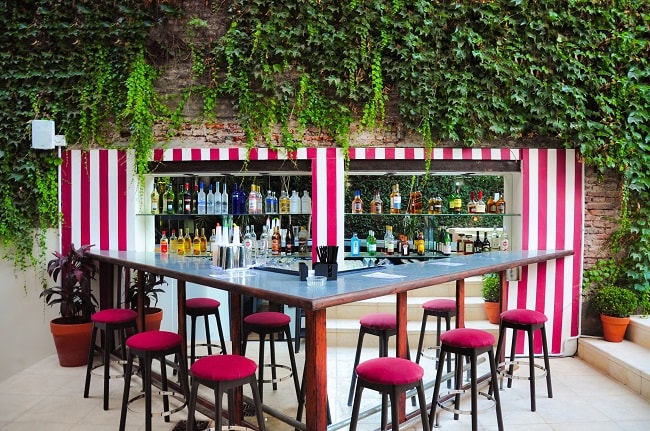 The clue’s in the title. Once a pub (and brothel, allegedly), this Pimlico postcode is one for the arty crowd. Like something fresh off the pages of a hipster home and lifestyle magazine, the 10 rooms here are positively plumped full with upcycled ephemera. Whether it’s the tea-crate drawers or the milking-stools, lovers of the tastefully tacky and sublimely shabby will adore the bells and whistles in the cosy lounge with velvet couches and homely rooms kitted out with wooden boards and quirky decorations. Keep an eye out for pop prints and animal etchings, as well as works by Pure Evil and the Connor Brothers as you make your way downstairs to the intimate Clarendon Cocktail Cellar, where painting-inspired cocktails will tickle your fancy and a hearty meal in the restaurant will kill off any hunger pangs. After you’re satisfied, we’re sure you’ll agree, shabby-chic has never been so sleek. 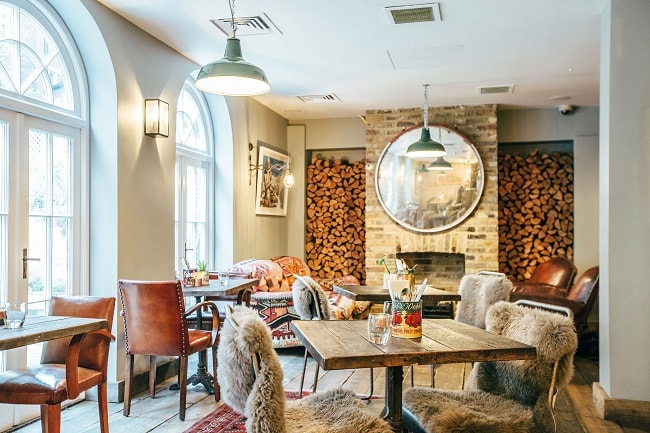 Like something from a romantic black and white film set, historic houses have seldom made such homely hotels. Though it might look like it’s about to fall down, this mansion has been recycled and reinvented by a group of artists, which has established it as the shabby yet sultry set of apartments it stands as today, and each of the rooms is named after the artist whose work lovingly hangs on the walls. Communal spaces are complete with high ceilings and original parquet floors, but Brody House manages to feel more like a private home than a hotel. With a members’ club complete with slick bar and the art gallery, design consultancy and printing studio, Brody ArtYard just next door, it’s hard not to get creative in this stunning space. If you need a little inspiration, the calendar is exploding with exhibitions, live music and book readings to get your mind whizzing. Oh, we stand corrected, it actually is often used as a film set. Who knew? 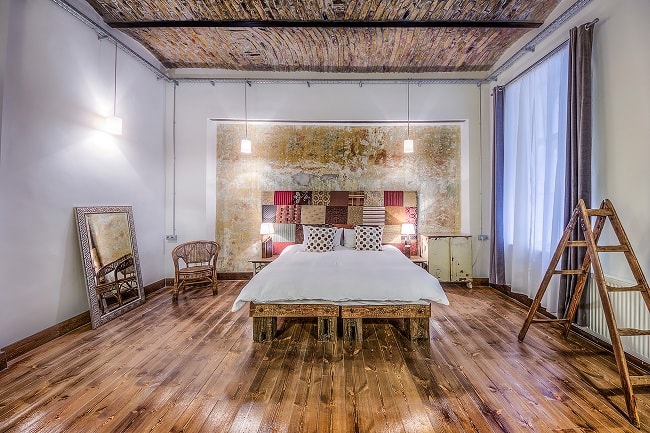 Condesa DF has a remarkable sense of calm for a hotel set in the frenetic beating heart of Mexico City. An art deco boutique set on a tree-lined avenue, inside you’ll find bold floral prints to liven up the contemporary modernism, decked out with acrylic furniture and turquoise and olive colours. The vibe here is playful, the terrace bar caters to all the city’s creatives who dine on outrageously good sushi and sip cocktails into the small hours. The hotel itself declares itself a hangout for ‘QIPs’ (Quite Important People), so get those ideas bouncing around and get networking. Should you decide to fiesta into the night, siesta it out in the next day with outdoor film screenings on lazy Sundays. When those hangover hunger pangs start to kick in, look no further than the downstairs restaurant, El Patio, where a mish mash of Mexican, European and Asian dishes are on offer to satisfy your cravings. 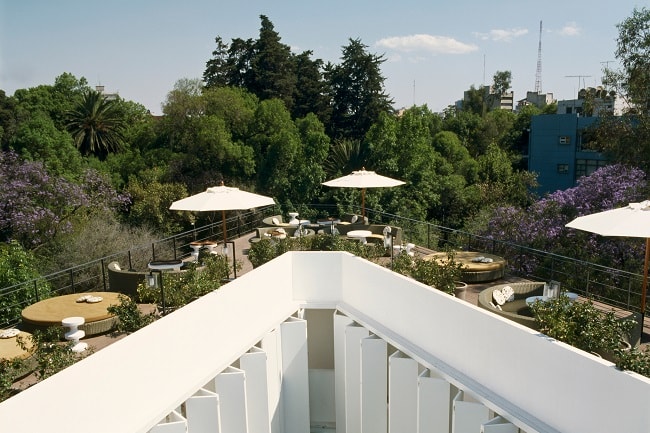 On the rugged coastline of Canada’s easternmost island, you’ll find the angular outline of Fogo Island Inn set atop stilts perched on the rock. Designed by Todd Saunders as an environmentally friendly minimalist masterpiece stuffed full with hand-loomed artisanal rugs, this island retreat stands as the welcome fruit of the efforts of local people. The furniture was made by boat-builders, while quilters (or hookers, as they call them) stitched together the patchwork bedspreads. Local artists are also on hand to provide painting, still-life drawing or collage workshops using items discovered, well, anywhere. Feel free to get to work or play in the isolated off-the-grid studios amongst this wilderness and, once all your paintbrushes have hung up to dry, head back to your artistic suite or to the restaurant for a spot of fine dining. Not for the techy, pop-in, pop-out crowd, Fogo Island Inn is more about inspiring the inner artist in you in a more distraction-free setting. 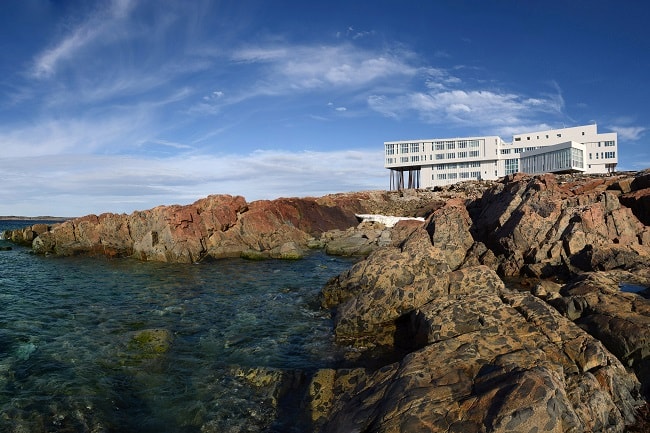 With a wealth of handcrafted designer furniture, photographs by Hiroshi Sugimoto and custom artwork in each of the bedrooms, it’s hard not to find some inspiration in 11 Howard. One entire side of the building is taken up with a swirling mural in blue, and inside you’ll find no less evidence of artistic allure. Modern Danish design is the name of the game here, with slick lounges, a Scandi-chic communal space in the Library and a meeting room complete with a silk print of Minerva keeping an eye over the room and aiming to inspire wisdom, art, trade and strategy in all who stand in it. The restaurant and high-profile bar offer up a stellar service, while in the Oliver Gustav-curated boutique on the ground floor, there’s homeware, art and antiques up for grabs. Trinkets also decorate the walls; take a look at Calder’s 1976 Untitled mobile in the lobby and the Koons-mentored mural on the south-facing exterior. Sleep easy (very easy) in your bed at night knowing that the hotel is tied up with the Global Poverty Project, so huddle up under the blankets and feel all at home in this hygge hotel. 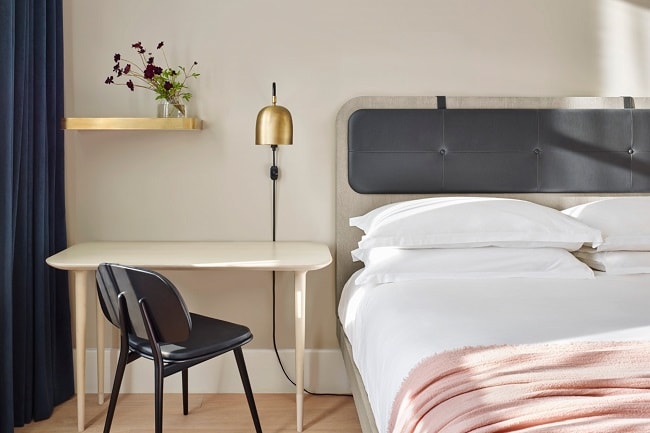 Take a step through the door of the Hotel San José and you’ll feel like you’ve travelled back in time. The hotel’s Polaroid camera is up for grabs for all those essential holiday snaps and you can document your stay on the Remington Premier typewriter, should you so wish. In the home of music in Texas, it’s no wonder that Bobby Womack, BB King and Bob Dylan’s vintage portraits are up on the walls of the bedrooms. If you fancy something a little more lively, let loose at Rock ‘n’ Reel night where you can watch a live set by a local group and follow it up with a film of their choice. Feel like giving it a shot yourself? Bring your sheet music, go ahead and make a friend in the garden’s communal table and get jamming. When alone time calls, head off to your Courtyard Suite where you can lie in peace under your lofty ceiling amongst red and orange hues and stare moodily out of huge windows which overlook the pool. Mellow and retro, these chilled out bungalow boudoirs will get your creative juices pumping in time with the music.

Voting takes place on 1–30 September at Mrandmrssmith.com/awards, and anyone who votes will be entered into a prize draw to win a £1,000 Smith gift card. 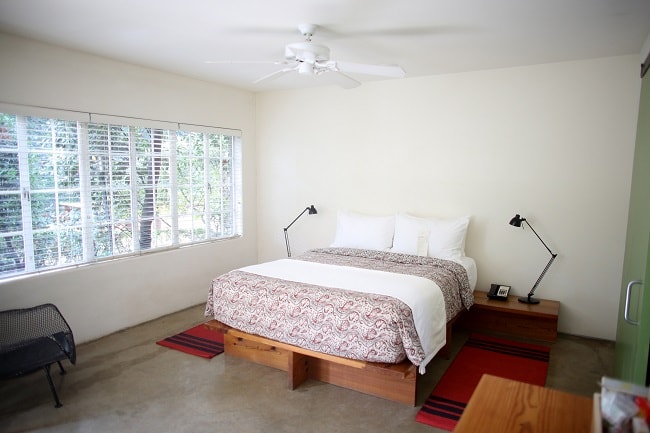