WHAT IS URBAN TECHWEAR?

THE UNLIKELY FUSION OF FASHION AND OUTDOOR PERFORMANCE GEAR

Written by Paddy Maddison in Essentials on the 9th December 2016 / What Is Urban Techwear? 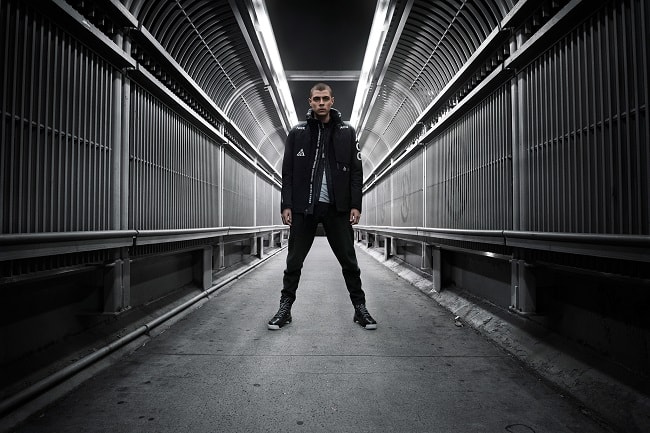 Fashion is an endless catalogue of buzzwords and fleeting fads which can be gone within the blink of an eye. For anyone who’s noticed the term ‘urban techwear’ cropping up recently you could easily be mistaken in thinking that this was just another one of them. However, as people who have been following the movement since the beginning will no doubt be aware, urban techwear as it exists today isn’t something that just sprang out of nowhere.

But what does the term actually mean? When we say "urban techwear" we’re talking about the unlikely fusing of fashion and outdoor performance gear. Clothes and footwear constructed from the latest synthetic fabrics, with all manner of features, zips, and pockets that the average city dweller would never really need. Clothes with clean lines, dark colours (a lot of black) and slim silhouettes. The kind of thing you might expect to see on a nocturnal urban explorer, scaling a half-built, city high-rise in the dead of night - a quality which has lead to the movement being nicknamed ‘Techninja’. 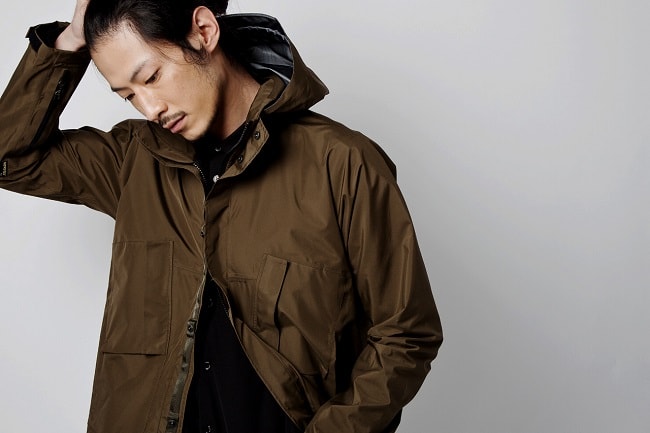 Urban techwear may be experiencing a surge at the moment but it’s nothing new. In fact its roots go back arguably to 1994 when Errolson Hugh’s legendary techwear brand ACRONYM set up shop. This brand is a good place to start if you want to get an idea of what the movement is all about. However, with price tags upwards of four figures on their hardshell jackets it might be wise to dip your toe in somewhere a little cheaper if you’re thinking of buying your first piece. 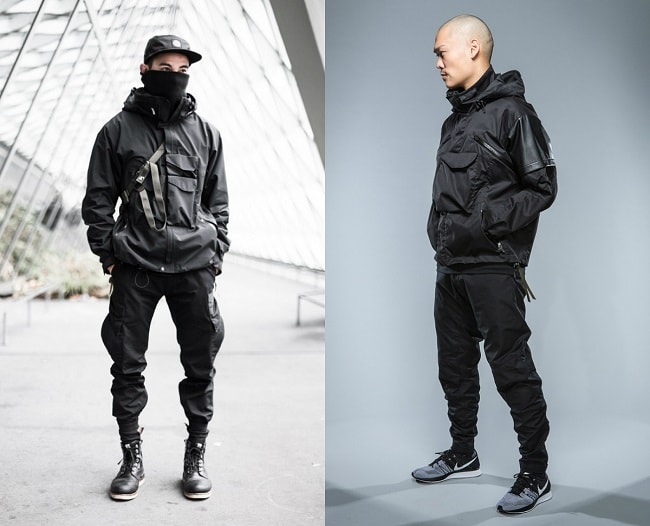 ACRONYM is probably the most legendary brand name on the scene. However, there are many others that fit the description and are popular with purveyors of the look. These brands include the likes of Stone Island Shadow Project, Arc’teryx Veilance, NikeLab ACG, Y-3, and Guerrilla Group. But why does an ordinary guy need that sort of performance wear in his winter wardrobe? Well the short answer is that he doesn’t, but that doesn’t mean he shouldn’t. Even if you don’t want to go full techninja, incorporating a techwear style jacket into your collection is a great move however you look at it. Stylish? Check. Functional? Check. Perfect for slipping a backpack over and heading underground to explore abandoned subway stations at night? Massive check. 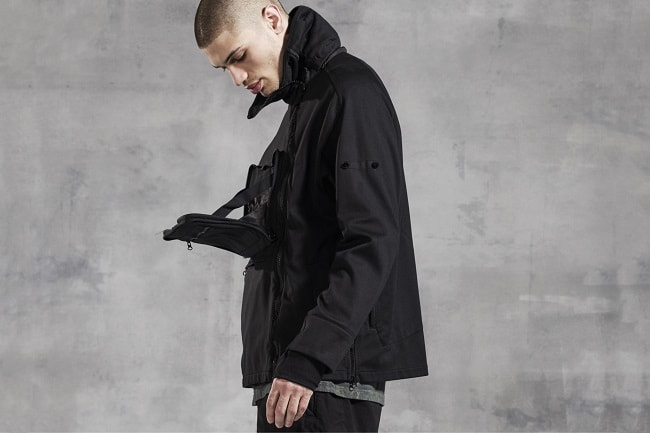 At its core, and unlike most other contemporary menswear, techwear draws inspiration from the future rather than the past. It comes in stark contrast to the heritage movement that menswear has been consumed by for many years now - ditching leather work boots in favour of flyknits, twill in favour of Gore-Tex, jeans in favour of jet-black stretch combat pants. It might not be for everyone, but there’s no denying it’s an interesting development. 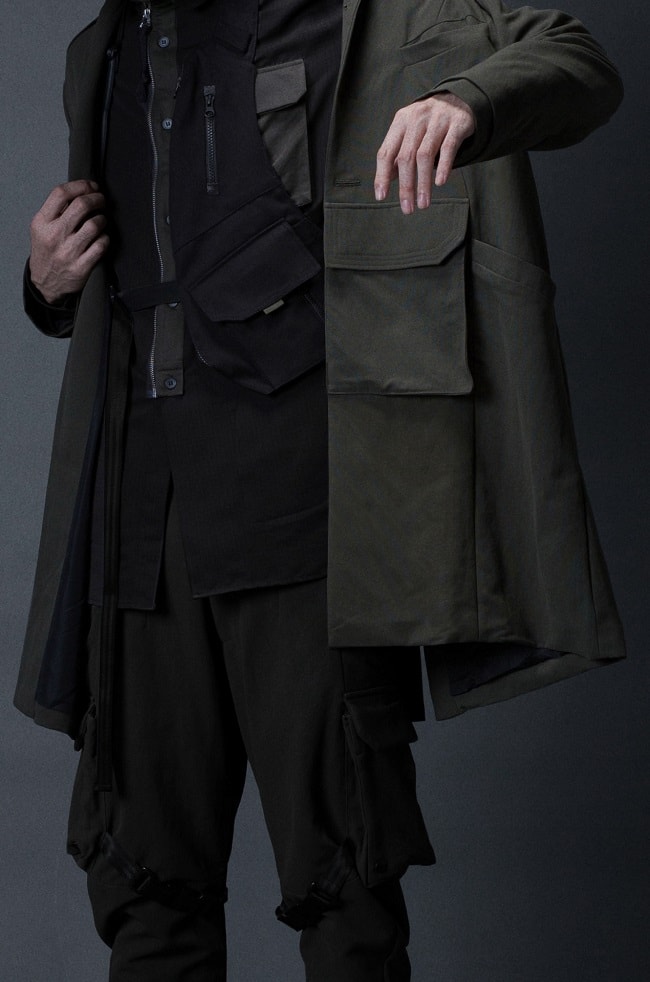 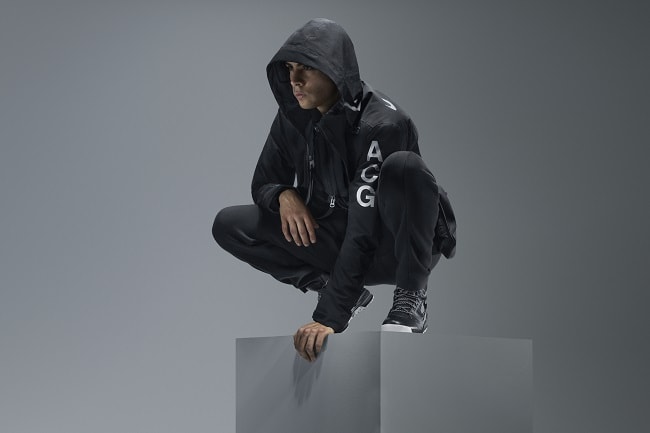 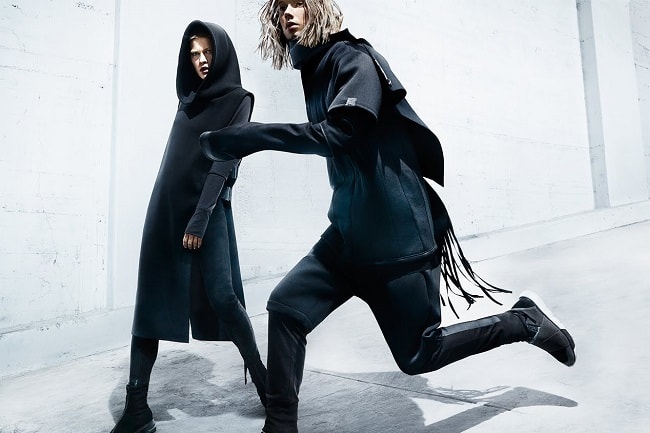