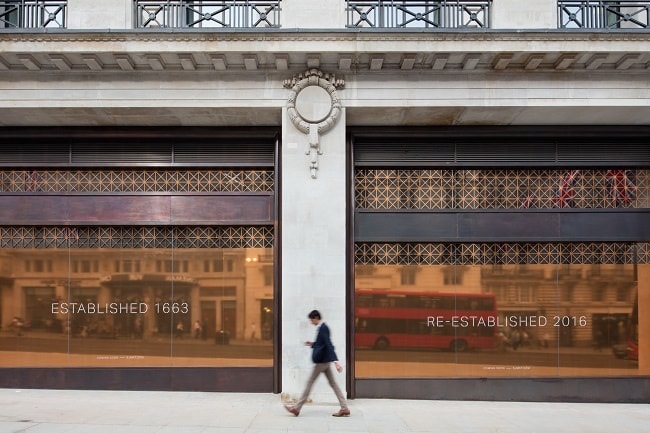 Men’s fashion week hit the streets of London recently and with the swarming buzz around the shows it was again a reminder of how far men’s fashion has come over the last 5-10 years. It is hard to ignore and I’m always intrigued to see where designers choose to show their new collections. Now is a time to be as creative as possible and Lou Dalton stepped up to the plate as she presented her AW17 collection in an empty office space, high up in the new St James’s Market. This is an extremely exciting new location for London as it is currently under an impressive £500million re-development project funded by the Crown Estate and designed by Make Architects. It may not be an area you are familiar with in the city since it’s tucked away in between Regent Street and Haymarket. With Dover Street Market having moved in just across the road, it was a spark to reignite the area as a fashion focal point. Just down the road is the renowned Jermyn Street which still maintains its identity as the 'gentleman's clothing district', with the likes of Turnbull & Asser and Hawes & Curtis located there.

MenswearStyle had a word with the accomplished British menswear designer, Lou Dalton, after her presentation who explained the importance of the rare opportunity to take up the location for her newest collection. With her models staged against a white wall it was the ideal blank canvas which showed off her designing skills. She discussed how the uncertainties of Brexit have impacted how she feels about the future of her brand and how the development of the area definitely added some positivity and excitement for the future. With the world of fashion on full speed ahead, she believes there has been a tendency for some people to lose their way in the industry so she has been determined to slow things down for AW17, strip it to the core and really exhibit the identity of her brand. The rapid boom in menswear sales, due to a huge increase in men taking pride in their styling choices, has also affected her designing decisions as she explains she understands that the British man knows exactly what he wants and the new St James’s Market will cater exactly for that. The Crown Estate has decided to create a new hub for a more modern shopper in the form of St James's Market. Contemporary brands such as John Smedley, Sunspel and Jigsaw have already moved in, alongside some exciting new international restaurants; Aquavit and Ole & Steen. 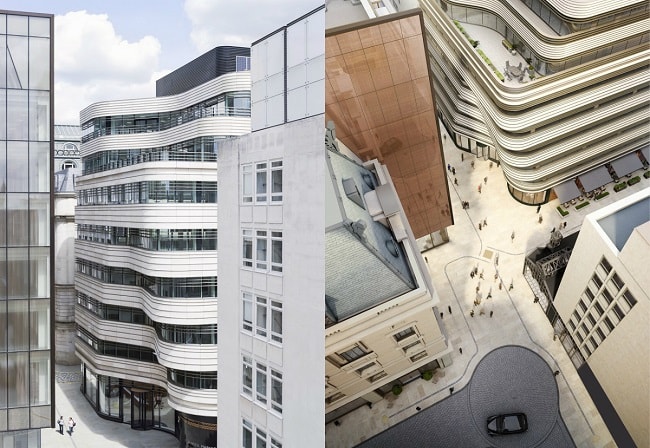 Dylan Jones, of GQ magazine, pin pointed the definition of the area: "Menswear in St James's has never been more exciting, or more comprehensive. The younger consumer wants to create their own look pulled from both the heritage brands in the area and newly arrived brands." With a diverse offering of brands housed in beautiful modern architecture, it creates a calming and sophisticated area for the male consumer. After dropping by during fashion week, I was surprisingly impressed with the spacious layout and there is more to come as it is due to be finished in 2019. MenswearStyle also interviewed Anthea Harries from the Crown Estate, who is the Portfolio Manager for St James's Market. She holds an extremely important position in dealing with all aspects of the re-development, from investment and leasing to management and marketing. We wanted to find out from her the reasons behind the re-development and what to expect from it.

What will make St James's Market stand out in London?

“A genuine mix of eclectic and contemporary retail and office buildings. We have embarked upon a £500 million investment programme across our St James’s portfolio - a key part of our strategy to re-establish St James’s as a world class destination has been our landmark scheme, St James’s Market, developed with Oxford Properties creating 210,000 sq ft of new, modern office accommodation, six flagship stores for best in class lifestyle and fashion brands, and seven new restaurants, all set within over half an acre of revitalised public space.” 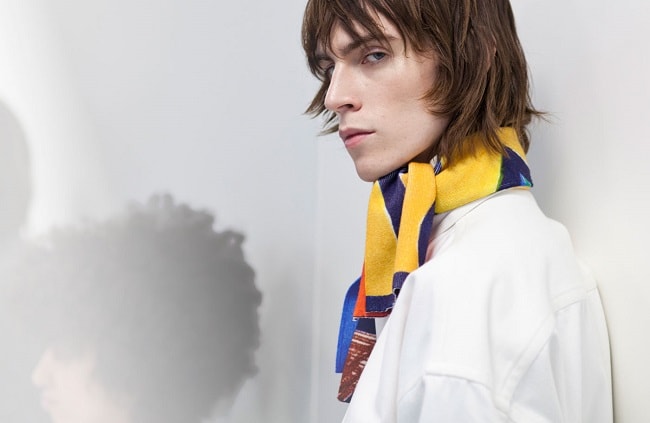 Is there a certain market/consumer that the Crown Estate wants to attract to the area?

“Discerning, stylish consumers who will appreciate the brands and environment. Younger consumers both men and women being drawn into the area by our world class restaurants and younger retail brands. St James’s Market needs to attract residents, tourists and those working in the local area in order to thrive. With the opening of the retail stores and restaurants we feel the development offers visitors a unique blend that can satisfy a mixed bag of consumer tastes. We are certainly seeing a rise in the younger consumer being drawn into the area. The last 18 months has seen us implement a strategy to bring in contemporary brands such as Tiger of Sweden, Norwegian Rain and Sunspel to sit beside established heritage brands in St James’s. Pop-up stores, the arrival of Dover St Market and opening up space to designers such as Lou Dalton during LFWM has also meant we have been able to get on the radar of a younger, fashion conscious crowd.”

What has been the biggest challenge with the re-development?

“The development has taken 7 years, from its infancy to completion and was the largest scheme. The Crown Estate has delivered in Central London and it has changed the whole environment. It is a complex mix of new and old architecture, which incorporates a significant listed retained façade on Regent Street St James’s. This scheme is part of a long-term vision for RSSJ and the surrounding areas, and when you look back at Regent Street and its transformation it takes time, effort and perseverance to achieve. This is the first major development for this part of St James’s.” 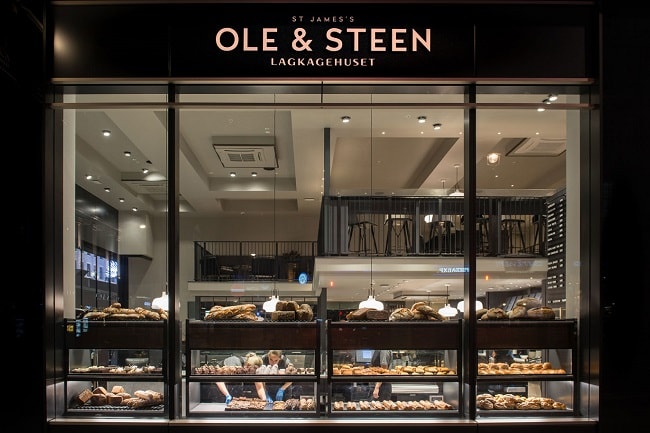 Has the project aimed to maintain some of the area's history? Or totally give it a new face?

“The international reach of our Jermyn St menswear brands, our renowned art galleries and specialist retailers that you won’t find anywhere else in the world, is something we value highly and as such any development in St James’s is handled with sensitivity both in the actual design and construction process and also in the securing of occupiers. In the case of St James’s Market the site itself was the original site of a food market which thrived from the late 1600s serving the house of St James’s – and the façade of St James’s Market on Regent Street is the largest retained façade scheme in Europe. So we certainly have shown a commitment to retaining the best of the past while working with world-class architects to create the development. It is a truly unique part of London with distinct characteristics.” 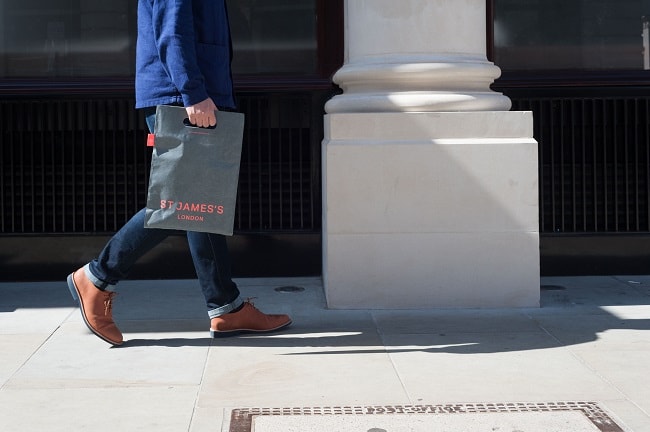 What are the contributing factors when it comes to deciding which brands will feature in the new space?

“The strategy for St James’s means that we actively seek bespoke and distinct brands to occupy our buildings. The area has strong appeal to an international consumer which means we are often able to bring in overseas brands who might want to enter the UK for the first time with a flagship store. Brands coming into the area need to complement the existing offering in St James’s and enhance the area’s reputation for the very best in craftsmanship and service.”

Has the boom in men’s fashion in the UK had an impact on the re-development?

“The boom has certainly had an impact in St James’s. Today’s discerning male consumer is wearing a highly personal curated look, mixing the best of contemporary and heritage menswear and some consumers are making the choice to buy-best, buy-once, investment purchases over fast-fashion. St James’ and the streets around Jermyn Street are uniquely placed to offer this man both contemporary and heritage brands from which to choose his look and St James’s has been the recipient of increased traffic as a result.” 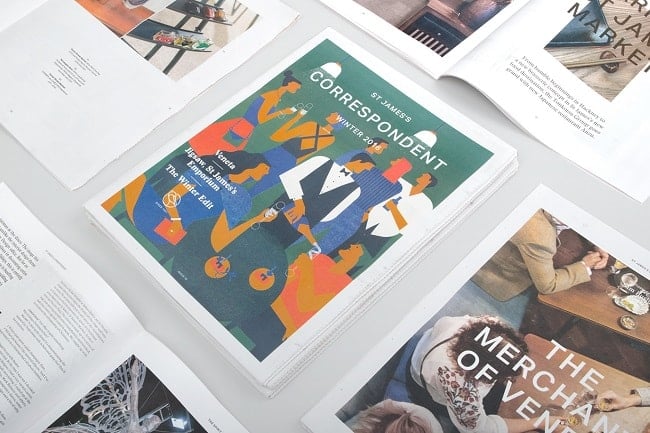