THE RISE OF THE HYPEBEAST 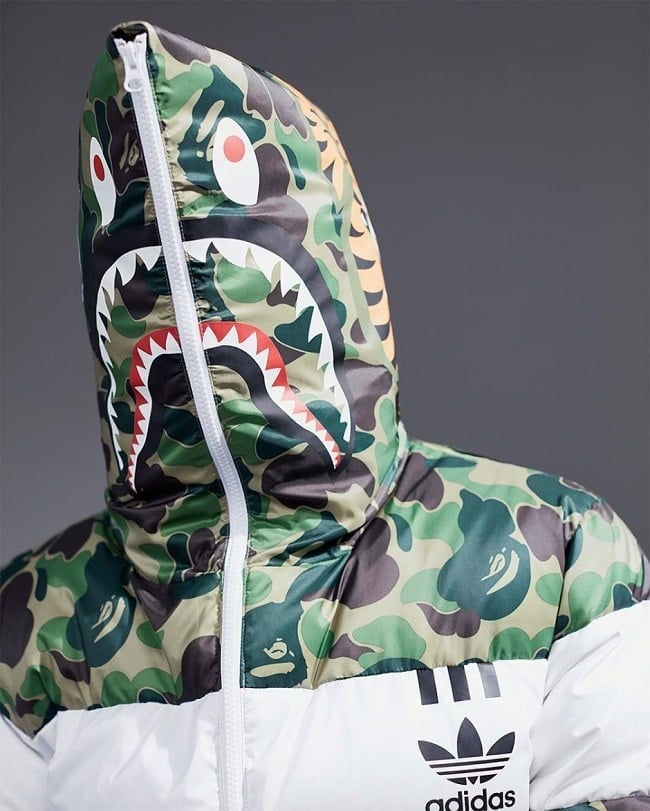 The word Hypebeast is hard to define. Ask anyone at a new drop and they will all give different answers, from a lifestyle, to simply hype around the exclusivity of an item. They are a bi-product of a culture of the need to have that one thing that others don’t have. The history of a Hypebeast can date all the way back to the release of Jordan’s, probably the most famous, the Airforce One, originally released in 1982. They seem to be a variation of Sneakerheads (one who collects, trades or admires shoes) who thrive upon rare and exclusive items from brands deemed to be ‘special’ enough.

These brands have made their name from creating unique pieces of clothing and releasing them in small quantities. The best analogy I can give is if Apple announced a new iPhone, better than ever before, but only produced 1000 of them globally, yet at a reasonable price. You’re going to create hype around a product that a set volume of people would do anything for. Probably the most well-known Hypebeast brand is Supreme. Opening in 1994 as a skate brand, Supreme has been one of the most desired brand in the streetwear scene, creating hype by releasing their product in small exclusive runs and arguably having the biggest demand of any of the limited brands. They make their clothing affordable to young people creating a void of resellers marking up the price of the product to 900% the original value, purely because they can. People will happily splash £300 on a £44 t-shirt. 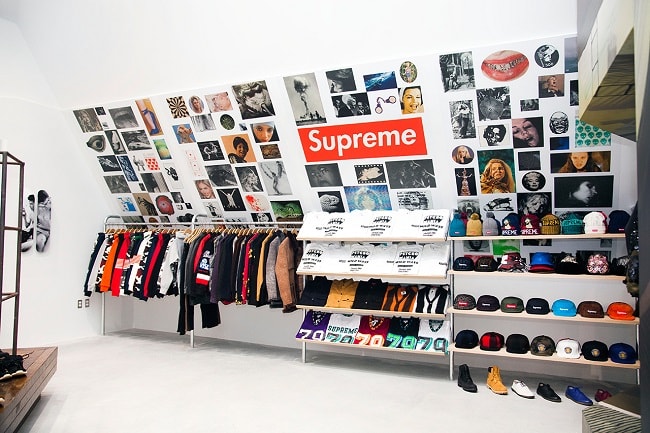 There are no other high-street brands where you can find hundreds of Facebook, Instagram and Twitter pages for. It’s a melting pot of culture, whether you were born in the 80s, 90s, or 00s. These brands have something for you. In essence they appeal to everyone, creating such a following. I guess what also helps is most of these brands have great taste, its why you see celebrities wearing them, causing these brands to manifest themselves into society - making it a staple for style and fashion. As an outsider looking in it seems ludicrous that these brands have such an opportunity to make so much money, but yet only release 300 shirts instead of 30,000. These companies create history. Let's say a new shirt comes along and it blows up, everyone wants it, they will never release it again. It makes it all that little bit more special doesn't it? 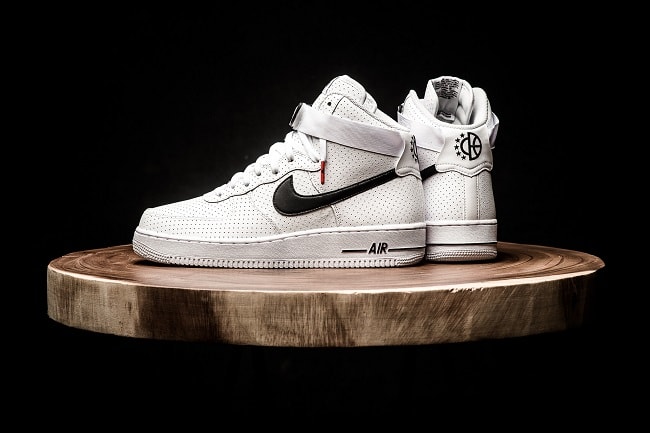 Circling back to Supreme, they have 11 stores worldwide, 1 in LA, 1 in New York, 1 in London, 1 in Paris and 6 in Japan with 3 in Tokyo alone. However, the hype around this brand is something of a phenomenon, people argue you could place a store in Greenland and kids would travel to pick up the brand. Opinions have been divided upon Supreme, and its said that the only brands with a similar expanse of power are Nike and Adidas. The release of Kanye Wests Yeezy Boost 350 V2 have been the most recent of one of a number of collaborations between the three stripes and musical artists, by copying the idea of staggering the release of the shoe in small drops and generating hype. Furthermore, the Adidas re-release of one of their bestselling shoes, the Original NMD’s, sold out within 2 minutes online. Compile this with the Nike Flyknit Racer Triple Black/ Midnight colourway shooting off the shelves in minutes and you still don’t have a time anywhere near to that of Hypebeast brands. 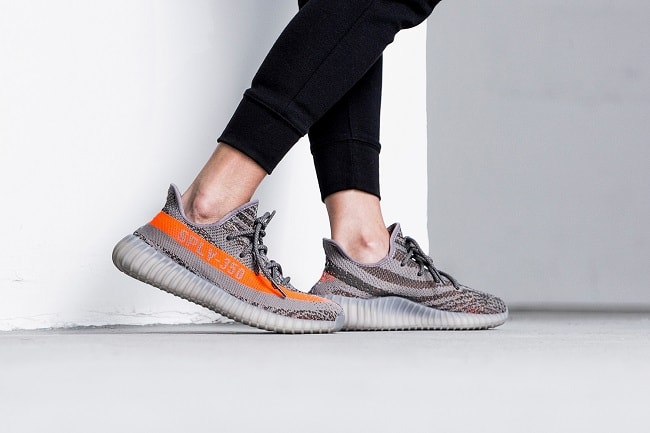 Now there are hundreds if not thousands of Hypebeast streetwear brands looking to becoming the next hit and it is becoming increasingly hard to distinguish the trends of what is streetwear, sportswear and menswear, but these brands are some of the curators and pushing the resurgence of streetwear alone. We’ve already covered Supreme but another founding big streetwear hype brand is Stussy, another original founded in the 1980s, which benefitted from the surfer, skater and hip hop areas of Orange County California. It was soon found alongside clothing from international designers, but now you’ll probably see it on the beaches of Zante and Napa from your classic British gym lad. Next is Palace Skateboards. You may not have heard of the brand, but you will recognise the Logo. A triangle with palace written on each side in a bold word font. A London brand which formed in 2009 and worn by Drake, Kanye, Jay-z, A$AP Rocky and kids and dads alike. Its hype can be found in every continent and shows the power of the Hypebeast. Bape recently released a collaboration with Adidas that completely sold out in 4 minutes and the resell value of a £120 of shoes reached £1,400. Kith, originally associated with sneakerheads feeds them with constant collaborations including Nike, and releases clothing every anniversary keeping exclusivity. Finally, an up and coming brand known as Anti-Social Social Club happened to use social media to skyrocket itself to the forefront of streetwear style in just 3 years alone. 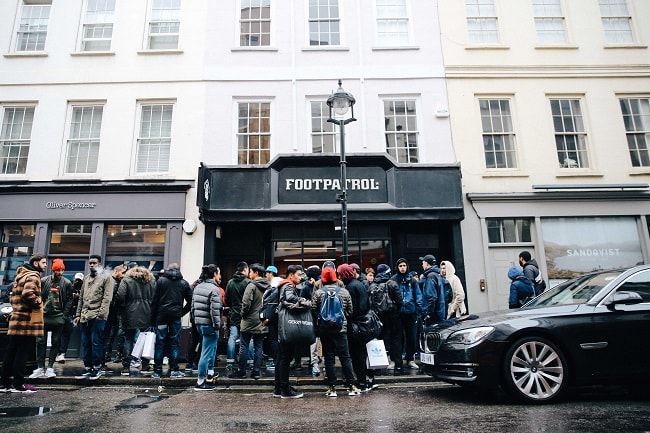 Ultimately, it’s the people that make a brand, you could be producing the best made clothes in the world, but if nobody’s buying it, the brand fails. A resurgence of the streetwear varieties allows it to fit every culture and outfit in society. The clothing carries a reputation and respect for the people who own the brand. The collaborations have thrusted the underground names into international markets on an immense scale, plus it’s something different - when was the last time you saw a hoody fully zip up to reveal a shark head? 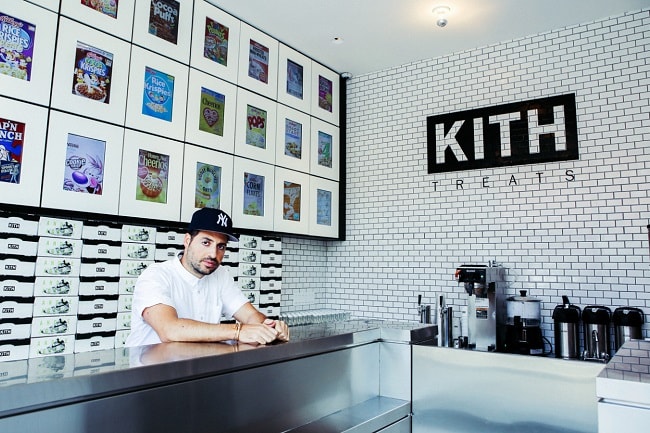