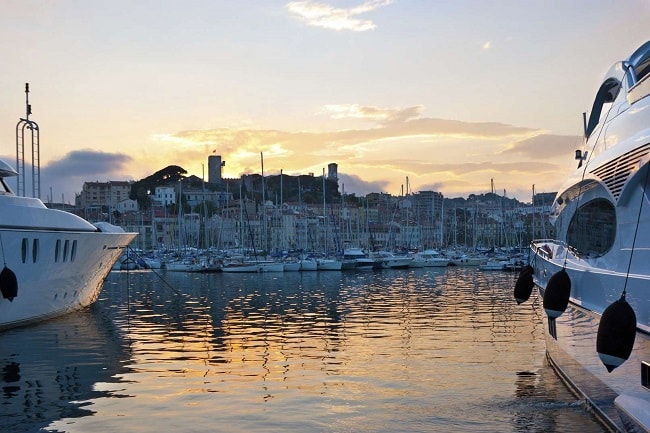 The illustrious film festival returns this year for its 70th edition from 17th-28th May. Known for its glamour, exclusivity, and restricted-access parties, Cannes Film Festival requires a certain degree of know-how to navigate. But, rest assured we’ve done the research for you. There are plenty of hidden secrets of the festival so you can enjoy it with or without that all-access-pass. Here is our 48-hour guide to Cannes 2017.

Morning: For an immersive experience of the glamour and opulence of the festival, start your day by breakfasting at one of the most renowned hotels on the French Riviera. Hotel du Cap Eden Roc is a 30-minute drive from the Palais des Festivals but the hotel has played home to a host of film star royalty over the festival’s history. From DiCaprio and Cruise, to Clint Eastwood and Tom Hanks, the world that assembles in this elegant ivory mansion is plucked straight from a Fitzgerald novel. The hotel can get extremely busy over the festival period so make sure to book ahead, even for breakfast or an early lunch apéritif. 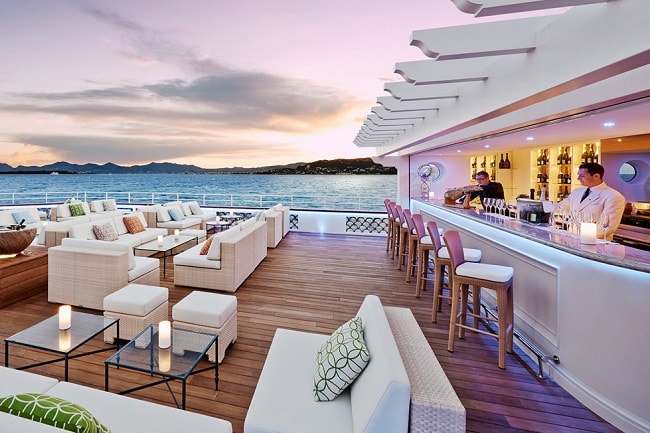 Midday: Take a break from the mass-hysteria of celebrity and wander down Promenade de la Croisette to take in some of the most iconic views of the French Riviera and the festival. There are plenty of bars and cafes to sit and enjoy a drink while reading up on the day’s schedule of screenings. You may even befriend a badge-holder who can ‘plus-one’ you into some of the evening’s festivities.

Evening: For those blessed with the virtue of patience it is possible to queue for a last-minute ticket at the Cannes Tourist Office a few hours before the screenings begin. However, the competition films do require an industry accredited pass to get in. Highlights from this year’s highly politicised line-up include Vanessa Redgrave’s directorial debut ‘Sea Sorrow’, the actress and political activist hopes it will shed more light on the harrowing struggles of refugees, and Roman Polanski’s ‘Based on a True Story’, which stars his wife, Emmanuelle Seigner alongside French film star Eva Green. Both of these films are outside of the competition set, so tickets will be made accessible to the public. 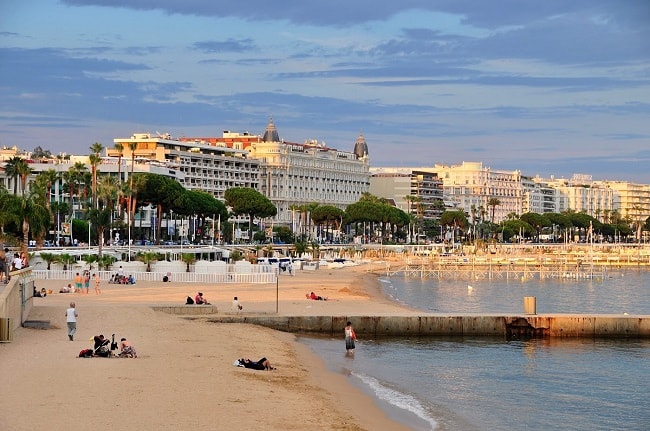 After-party: If you haven’t scored a plus one throughout the day for one of the more exclusive after-parties do not fret. Cannes is full of bars and clubs with interesting people and celebrity guests. Gotha Club Cannes is one of the most exciting venues in the city and hosts celebrities each night of the festival. The dress code is strict but affords some excellent outfit viewing for the evening. The club is also fantastic for performers with the likes of Snoop, David Guetta, Busta Rhymes and Travis Scott all performing in previous years. What’s even better still, entrance is free during the festival, but be prepared to get there a little earlier than usual to avoid getting turned away at the door. 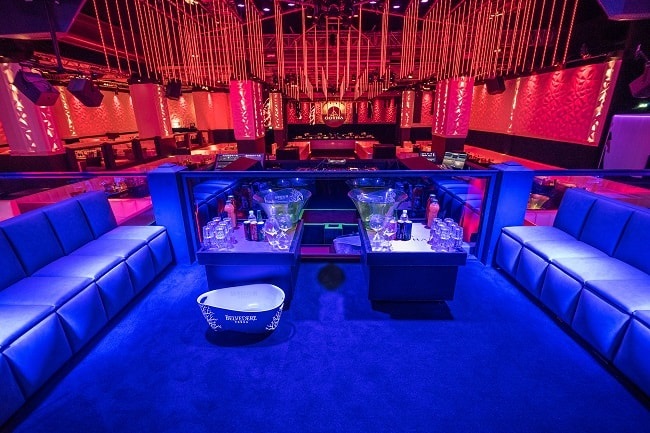 Morning: After a late night you’re probably in need of a recovery breakfast. Luckily Cannes is awash with breakfast cafes and little independent bakeries to indulge in buttery croissants and freshly baked baguettes. For a fashionable brunch spot try L’Ecrin Plage Beach Club where the €45 brunch buffet will meet your every morning-after need.

Midday: The seafront in Cannes is truly idyllic and sitting in a café along the promenade by the Grand Hyatt Cannes Hotel Martinez is another great way to stay close to the action. The grand art deco hotel has been a favourite celebrity haunt during the festival for years for its convenient location and luxurious setting. The hotel is off-limits to non-guests during the festival period so if you don’t fancy paying through the nose for a room you can still enjoy the ambience of the Martinez in the surrounding bars and cafes. 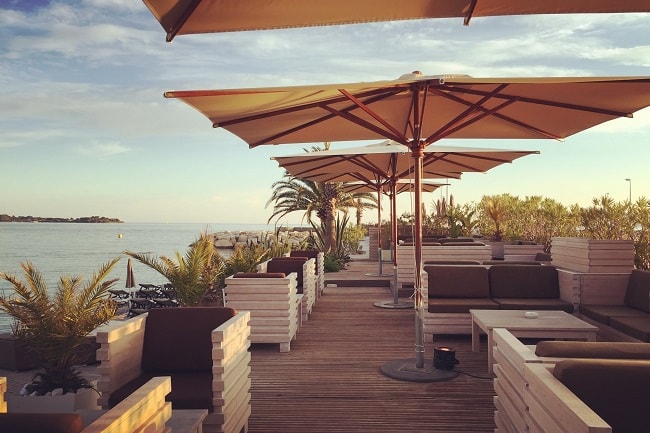 Evening: The beach screenings of the movies are certainly not to be missed and are a fantastic way to wind down from your 48 hour whirlwind tour of the festival. Every night at 9pm during the festival movies are screened on the beach and entrance is completely free. It is a great way to meet fellow film-lovers and enjoy the ambience of the festival while watching a movie premier in a way that not many can say they’ve experienced. 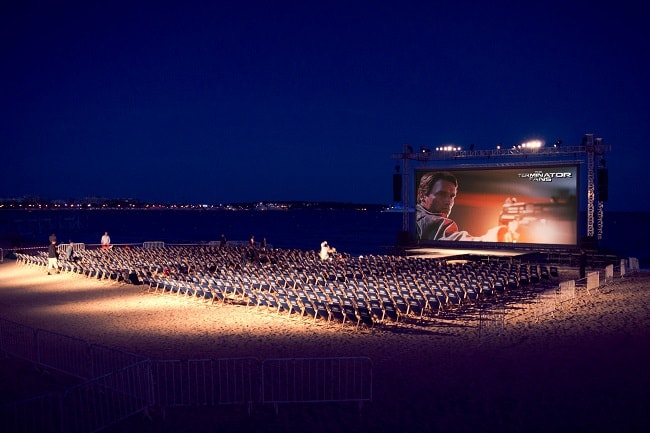 After-party: If you still have a burst of energy left in you then the best way to finish your 48 hours at Cannes Film Festival is by heading to one of the glamorous beach bars. CBeach and Bâoli Beach are two of the best beachfront bars in Cannes and will undoubtedly be abuzz with industry affiliates during the film festival. What better way to roundup your trip than an evening of delicious cocktails by the sea? 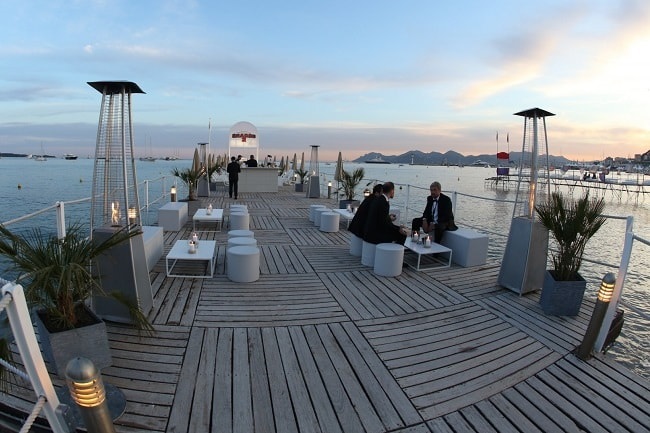