WHY MENSWEAR IS FASCINATED WITH POST-SOVIET FASHION 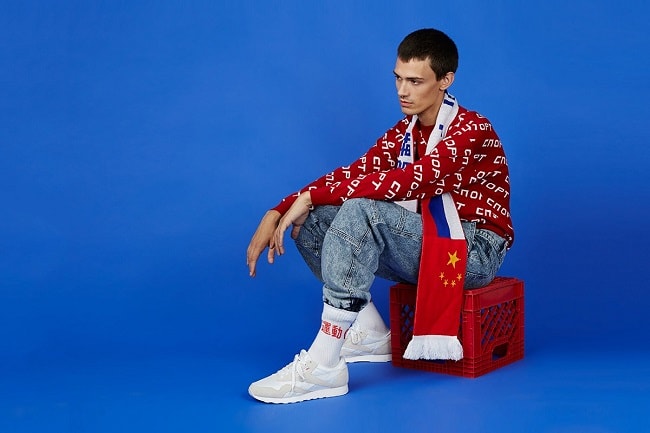 Trends that appear out of nowhere have a certain mesmerising quality about them: Where did they come from and why are they suddenly this popular? Post-Soviet fashion, with Gosha Rubchinskiy and Vetements’ Demna Gvasalia at the forefront, made what seemed like a sudden entrance in 2016 and has held on through 2017, and while some critics call fashion’s embrace of it working class appropriation and poverty fetishising, that doesn’t explain menswear’s and streetwear’s obsession with it.

To dilute post-Soviet style down to a few points, it’s essentially dressing in Eastern European labels or sportswear brands favoured by that part of the world, with an aesthetic inspired by ‘90s American streetwear that’s somewhat disjointed. This emerges as tracksuits, oversized shirts, turtlenecks, sweatshirts, and wide-legged trousers that fit too short or too long. Frequently, sportswear logos are used – Rubchinskiy’s Spring/Summer 2018 line, for instance, adds Adidas’ – and Cyrillic lettering and communist symbolism make regular appearances. 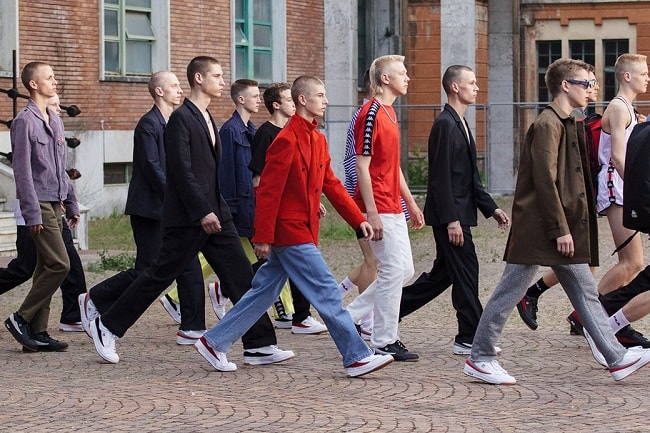 But, beyond a different interpretation of ‘90s fashion, which is also having its moment, post-Soviet style has no reference point in Western culture; as such, many enthusiasts essentially deem it “exotic streetwear.” As one very tenuous connection, Eastern European made or set films from the ‘90s and 2000s – for instance, 2003’s The Return, Lilya 4-Eva, 1997’s Mandragora, and 2004 Macedonian film Mirage – offer bare-bones insight into something that’s extremely utilitarian and looks like salvaged American style from a decade prior. At its core, it’s clothing designed for survival in a post-communism, shaky neo-capitalist society. Yet, taking the context out of the clothing is pretty much the equivalent of poverty appropriation. Highsnobiety’s Aleks Eror says it’s akin to U.S. hipsters wearing white trash fashion or chav parties in the U.K. A trend you can wear at the moment to appear stylish, and something you can take off when the trend runs its course, without any acknowledgement of what it means or signifies. 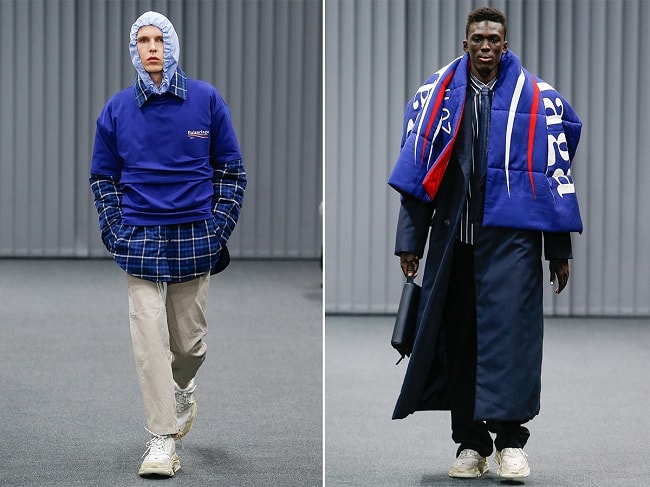 And, realising that notion is key. Much of what’s passing as post-Soviet fashion is based upon what working-class Russian “gopnicks” or Serbian “dizelaši” would have worn 20 years ago. Culturally, it embodies a hyper-masculine, neo-fascist persona, but based on accounts of those in the industry who lived during those early post-Soviet years, it’s an aesthetic from a time when, throughout Eastern Europe, stores were empty, children received hand-me-downs, and clothing wasn’t considered a necessity. Furthermore, this confluence meant ‘80s trends – higher-waist trousers and bigger shoulder pads – extended their lifespan in the Eastern Bloc. Adidas and Reebok became status brands, and garments never fit quite right: Trousers too high got tucked into socks or gathered around the ankles if too long. So, are post-Soviet fashion Eastern European designers bringing what they know to the masses, repurposed utilitarian style, or simply a new take on a ‘90s revival trend? All three perspectives point to why the industry can’t get enough. 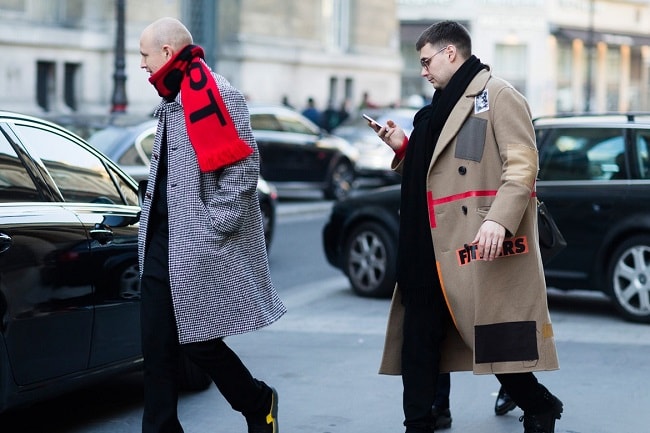 From Rubchinskiy’s interviews, Russian skate culture and Eastern Europe in the ‘90s influence his collections, but the former manifests more clearly – giving his aesthetic is something more relatable to Western audiences. Hoodies, track pants, and multiple collaborations, including a pair of skate shoes with Vans. Flesh that out into something more recognisable and also reflective of streetwear’s subculture origins. Streetwear’s increasing globalisation has nearly erased this latter element. Supreme gear can be found on multiple continents, Instagrammers in North America, Europe, and East Asia trot out a nearly uniform aesthetic in their photos, and brands seem to borrow from each other: Just as A Bathing Ape tries out camouflage, Supreme elevates its line of box tees and hoodies with blazers and button-downs. This omnipresence and fluidity, however, seem to have bypassed Eastern European streetwear, essentially giving it that rawness missing from the West over the past five years and retaining a somewhat regional character that used to define streetwear brands from the get-go. 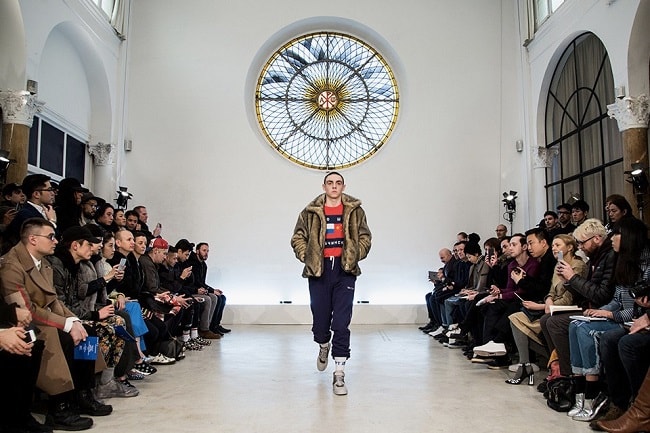 In looking back to Russia in the ‘90s, Rubchinskiy has talked about re-appropriating what was considered “bad taste” or “trashy” fashion. Part of this comes from mimicking the ill-fitting garments and sportswear knockoffs, both indicative of the region’s cultural changes and economic upheaval and how this trickled down to the average youth. However, trousers falling too high above the ankles and branded shirts with an overly long cut embody only a portion; Rubchinskiy, as well as up-and-coming Eastern European brands like Outlaw Moscow and Sputnik 1985, further turns to what’s being dubbed “Iron Curtain Nostalgia.” In one sense, the references stand out as obviously as the red and gold on the former Soviet flag: Sickle imagery, allusions to the Russian space program, and Cyrillic wording hint at ‘80s-era Russia. Less obviously, Rubchinskiy has spoken about turning to the period’s sportswear – think Russia competing in the Olympics – and using those silhouettes for his own designs. As such, his collection gives off both a retro vibe and a forward-moving character that builds upon the past and uses it to forge a new path into the present. 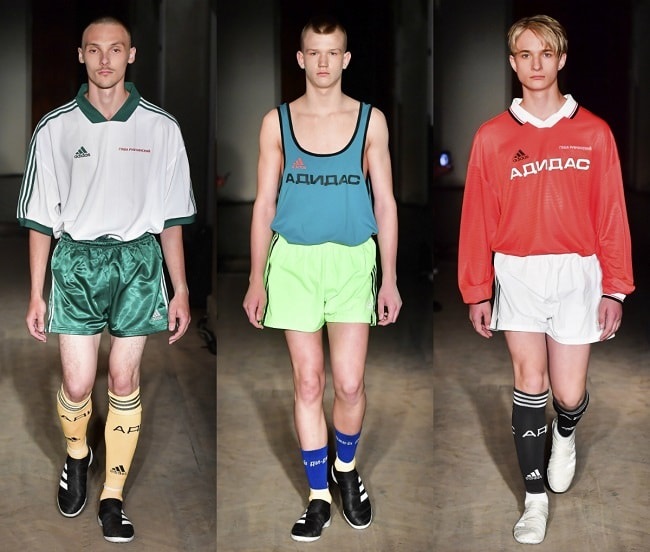 Returning to the ‘90s

For many Western-based men’s brands, fascination with the ‘90s manifests as fluidity between grunge-influenced pieces, sportswear reflective of hip-hop culture, and colours and patterns borrowed from rave fashion. Collections sampling a bit of everyone check off the decade’s archetypes and, secondarily, think about their pop culture allusions. However, while the grunge star in flannel, the hip-hop artist donning wide-cut Tommy Hilfiger, and the club kid clad in neon all come through, the result has a kind of do-it-yourself approach to it: One that takes these familiar pop culture fragments, places them in a somewhat unfamiliar context, and re-appropriates them through that lens. The end product, then, retains those universal elements without the tired framework of Western streetwear’s by-the-numbers retrospective reflection. 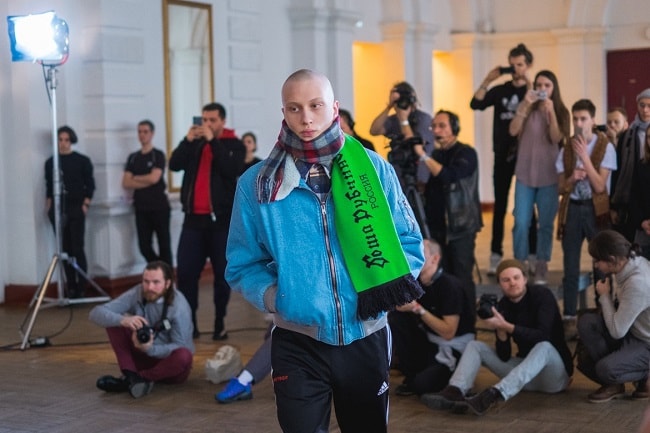