BRANDS THAT DO FAST-FASHION AND CLASSIC MENSWEAR WELL 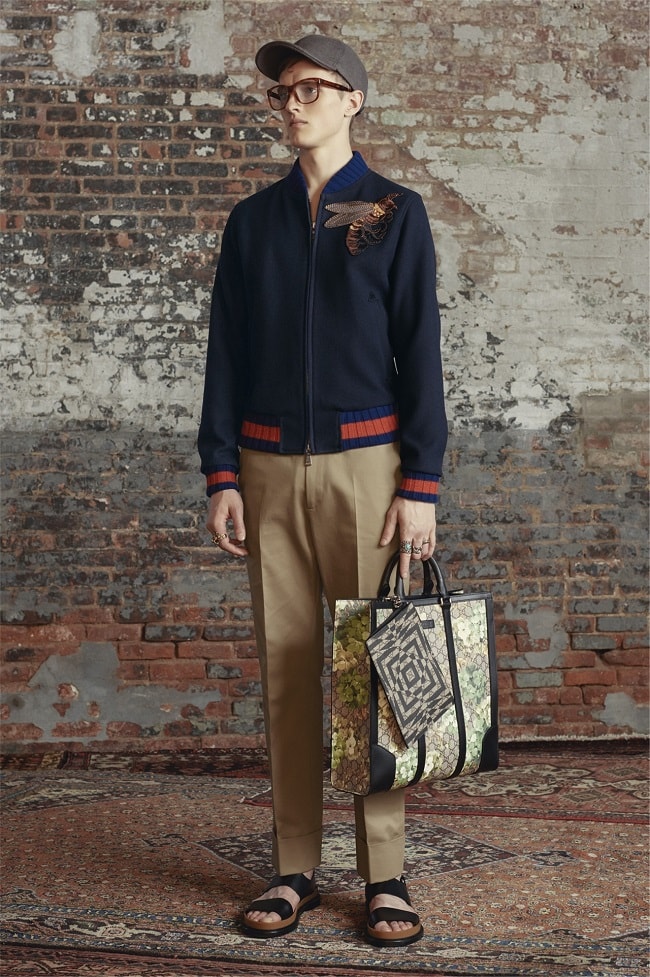 It used to be that you could draw a line between fast-fashion and classic menswear brands. On one side, you had your affordable, stalwart retailers ideal for picking up a pair of jeans, a T-shirt, or something usually streetwear-influenced that you would wear just a few times. On the other side, traditional menswear used to be synonymous with making an investment: High-quality tailoring, a crisp, solid-colour button-down shirts and leather Oxford shoes, all of which you’d wear to the job, special occasions, and any other time in which you would have to look sharp.

Yet, with menswear’s growing profile, this demarcation has become more and more of a smudged line: Traditional brands trying their hand at more trendier fare, fast-fashion lines collaborating with high-end designers, and namesakes you’d ordinarily associate with classic pieces dabbling with streetwear. So, as some try and succeed and others awkwardly fail, we list the brands that manage to do both equally well: 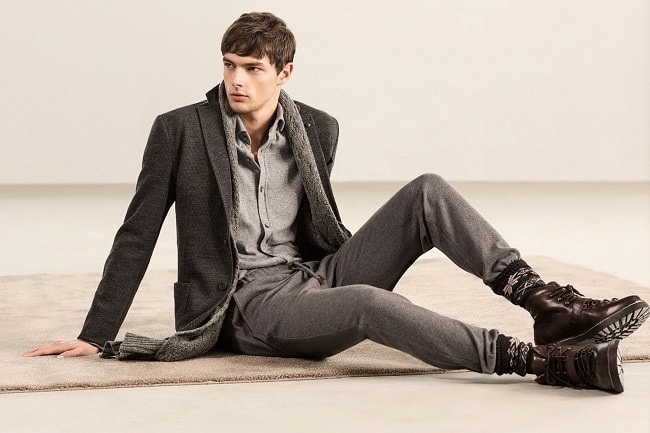 If someone tells you to think of a fast-fashion brand, in no time at all, you tell him, “H&M.” And, why wouldn’t you? For years, the Sweden-based company has kept the pace with all sorts of variations on T-shirts and jeans and has branched out into trendier fare, as well as dressier choices at a reasonable price. Further influenced by both ASOS and Target, it has tried its hand at approachable and affordable high-fashion collaborations, with Balmain and Kenzo being some of the more notable men’s efforts. Yet, perhaps as another stage of its progression, the global retailer eyed a more definitive move into traditional menswear, the introduction of Arket, which opened in London this month. Arket’s aesthetic stays within H&M’s boundaries – neutral shades, versatile and classic pieces, and the occasional trend, such as military influences – but, based on press statements, is decidedly not fast-fashion. And, with emphasis on solid-colour bombers, puffer vests, and chinos, plus a somewhat higher price point, Arket looks squarely to be a place where you’ll pick up a few basics and expect them to last. 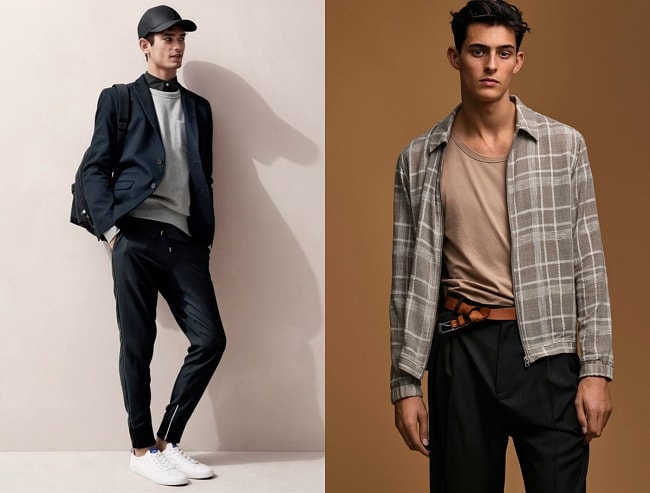 Fast fashion refers to both trends’ immediateness and the pace at which they arrive. With these points in mind, Boohoo epitomises this modern concept. Since its founding over a decade ago, the company has grown at an astounding pace, to the point that, according to a recent article on Racked.com, they shoot 300 pieces per day and introduce about 700 items per week. Expansion, too, resulted in a men’s offshoot – aptly titled BoohooMan – and acquisition of the struggling, hyper-fast fashion brand Nasty Gal. But, while BoohooMan has less clout than other brands in its echelon, its nascent status doesn’t necessarily mean naivety. Rather, compared to competitors like Forever 21’s 21Men, its approach veers away from the middle of the road: That is, specifically, neutral-coloured basics that are sort of trendy, but will be too worn to be worthwhile five years from now. Instead, its success comes from two diverging paths: One, very clearly fast-fashion, through brightly patterned bombers, highly distressed denim, on-trend prints, and bro tanks, and a second that understands the need for affordable investment-like pieces, such as shearling collar jackets, camel coats, and structured, solid-colour shirts. While in its infancy, suiting appears to be the next path this brand could successfully conquer. 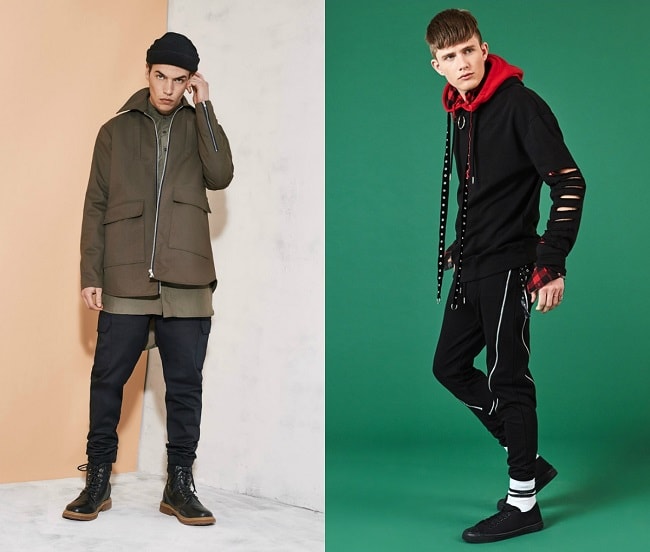 Sometimes, a dependable, if not somewhat unexceptional brand surprises you. Maybe, after years of being slotted in one direction, they spot another way to improve or appeal to a greater swath of customers. In one sense, Zara’s menswear has started evolving in such a way, turning from a reliable, consistently safe and affordable brand where you could get decent tops and trousers into one where you come across the occasional in-the-moment piece – at this point in time, that’s something like a camo pea coat, patterned joggers, or leopard-printed jacket. The latter has yet to eclipse the other, and for the guy looking to explore and expand his style, Zara’s still a solid choice. Getting acquired by Zara’s parent company Inditex in 1991, Massimo Dutti, in many ways, extends Zara’s basics aesthetic at a higher but not inaccessible price point. And, while you might not find a pair of embroidered jeans or a camo jacket there, its concept takes that tailored, aspirational ideal and makes it accessible. While some wonder if menswear’s become too far out of reach, exclusive to those who can drop a thousand on leather lace-up boots alone, this Barcelona-originating brand fuses the same streamlined effortlessness with a more casual feel and pricing that wouldn’t seem out of place at ASOS or H&M. 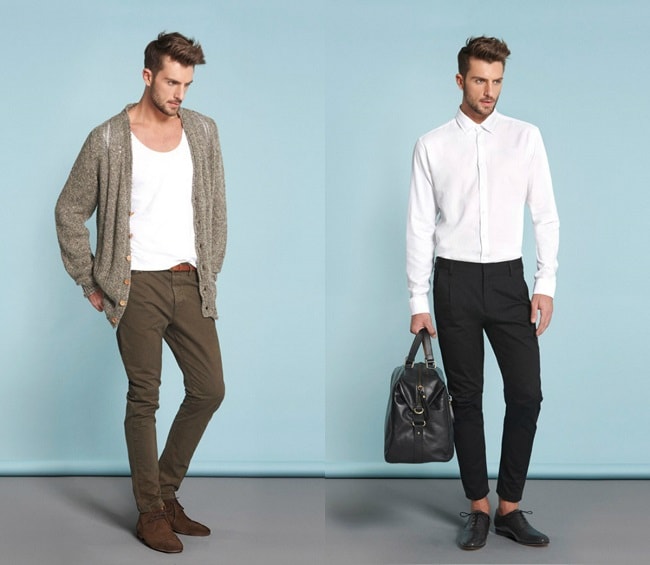 60 years as a forward-thinking High Street brand has firmly put River Island into the fast-fashion category. Men’s collections with geometric prints, joggers, and pieces reflecting strong streetwear influences further solidify that status. Yet, although River Island’s right-here, right-now character and multiple collaborations give it an almost envious quality, innate sophistication belies its youthful image. As such, any man can turn to its selection to build up a wardrobe of timeless basics that he’ll still be wearing three to five years later, and will still find those season-specific pieces – for instance, light pink chinos or floral-patterned contrast tees. 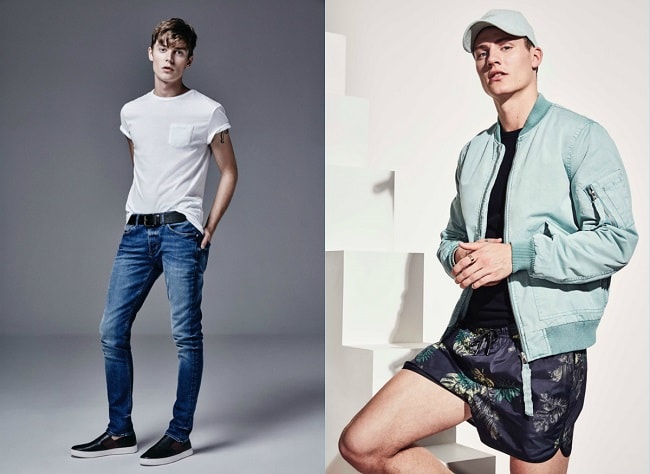 If H&M is the paradigm of brick-and-mortar fast fashion, ASOS owns the ecommerce sphere. Conceptually, the brand – with its name originally an acronym for “As Seen on Screen” – pioneered making red carpet-like trends available to the masses in the 2000s. However, with social media eclipsing gossip rags in the 2010s and offering a window into high-fashion brands’ design processes, the approach – both with the brands offered and its own in-house line – now goes neck and neck with that pace. See a piece at London Fashion Week Men’s? Soon enough, ASOS’ own line will have an affordable version of it. Or, read a piece about camp collar shirts? You’ll be able to browse through for that same cut in multiple colours and patterns. But, while ASOS essentially eliminated the runway-to-stores timeline, not everything in stock has an ephemeral quality to it. Sure, at the present time, you can shop for a skinny-cut, floral-patterned suit, but alongside it is a structured navy option with far greater longevity. As such, with ASOS’ lower pricing and decently made in-house garments, it’s a spot for any budding menswear aficionado to see what fits and works, before dropping a large sum on more expensive goods. 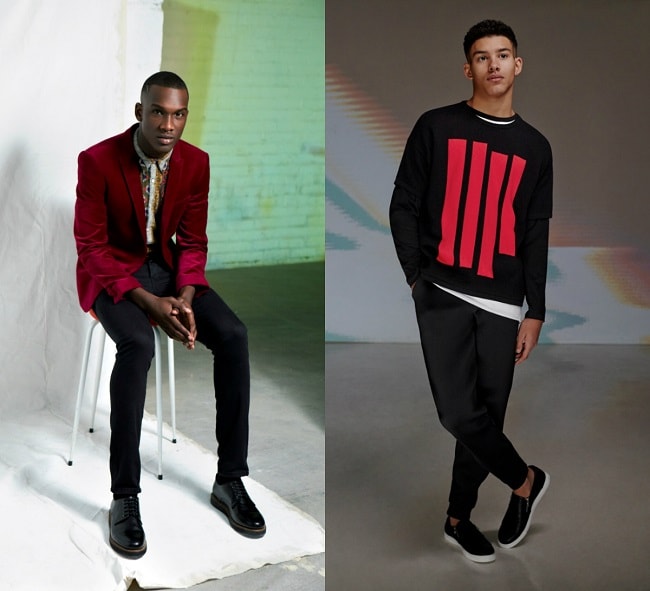 In many ways, Topman defines the quintessential menswear brand. Not just a High Street store for sticking with the classics, it partners with FashionEast to foster burgeoning designers and has sponsored the British Fashion Council's NEWGEN Men program. In short, Topman doesn’t just create its own styles, but further helps with offering a leg up in this expanding industry. But, style wise, a store full of classic suiting, tailored pieces, and outerwear gets balanced out with the Topman Design collection, their premium line showcased at London Fashion Week Men’s. Always one to watch and serving as a trend barometer, Topman Design has revived the ‘70s and took us all to a neon-hued rave at the Hacienda in recent years. Very little is actually practical, and rather, its youthful character symbolises fashion’s often inherently fleeting nature. 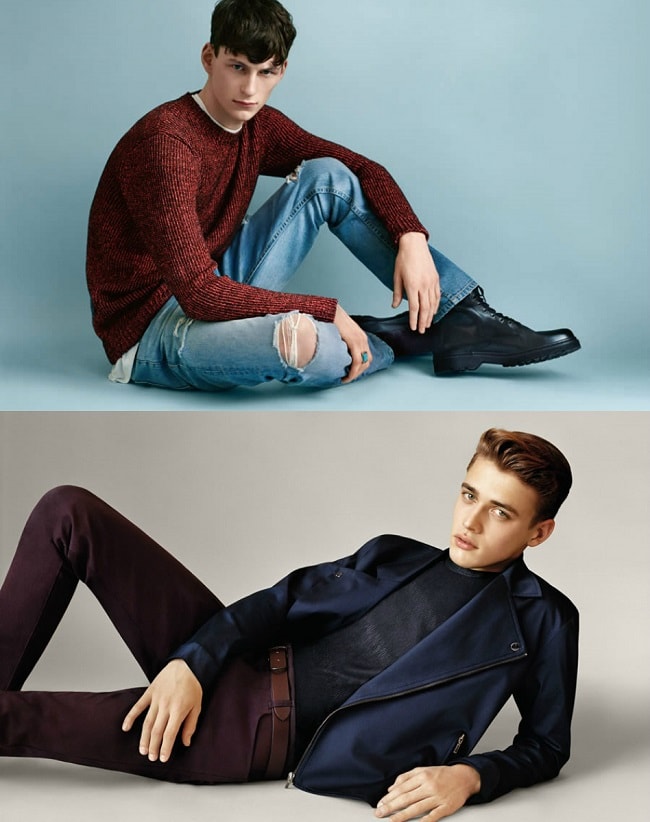 Given its history, most would rightly claim that Gucci isn’t a fast-fashion brand. And, if you’re one who’s counted on it for some of the finest leather goods out there, suiting, and its monogram prints, you know that its overarching concept reaches the pinnacle of investment pieces. But, under Alessadro Michele’s direction, Gucci’s seamless collage of ‘70s influences, floral prints, pastels, printed silk bombers, and delicately embroidered souvenir jackets redefines that apex, essentially turning fast fashion’s here-and-done concept on its head. The result produces something extremely au courant and transforms it into a just-got-to-have item – relevancy years down the road, be damned. While others have dabbled with this approach, with Givenchy’s give-and-take with the streetwear scene and every sneakerhead brand imaginable being a few of them, Gucci bulldozes over what could easily be construed as novelty garments and precisely merges a fast-fashion look with high-end construction and appeal. 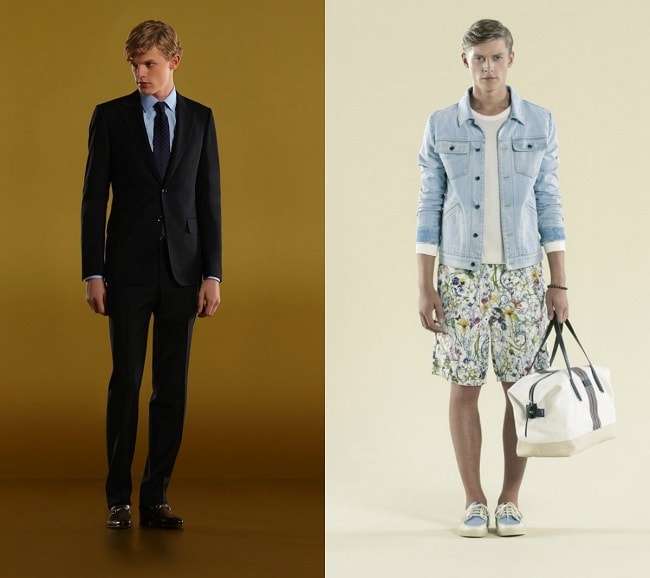