WAYS TO DO ANDROGYNOUS MENSWEAR WELL

HOW TO MASTER GENDER-BENDING STYLE 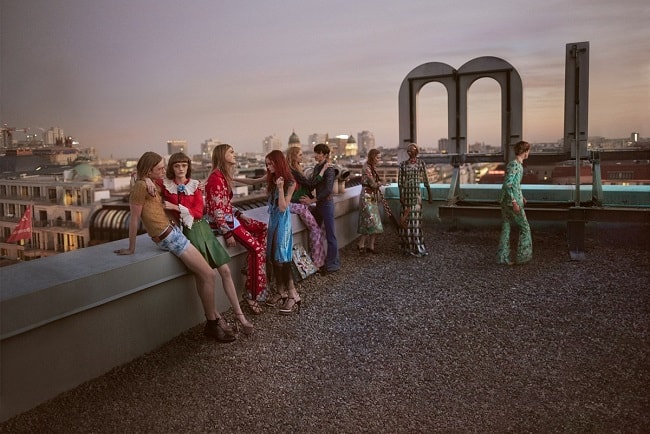 You wouldn’t be inaccurate to believe that menswear has done a 180 into more feminine territory. Limiting and not pushing beyond luxury suiting for years, collections now experiment with sheer and lace materials, have tried out a trousers-with-skirts combination, and don’t shy away from pink and floral prints. But, within this progression, bifurcation has created a dichotomy: High-fashion menswear and streetwear, and everyday attire. Some blur the lines – like Gucci introducing a retro-styled souvenir jacket – while others remain firmly on one side or the other. Within both, however, dabbling in the feminine has manifested in androgynous men’s pieces.

Fashion trend experts pin its modern-day origins on 2008’s Great Recession, a period that changed men’s employment options. No longer were the office or an industrial site the only acceptable choices; rather, to simply earn a buck, a man could work from home, strike it out in Silicon Valley, or find his place in the growing creative class. Here, the resulting freedom – whether that’s carving out your own space or functioning in a dressed-down creative environment – meant men weren’t restricted to jeans and work boots or pleated trousers, dress shoes, and an ironed button-down shirt. 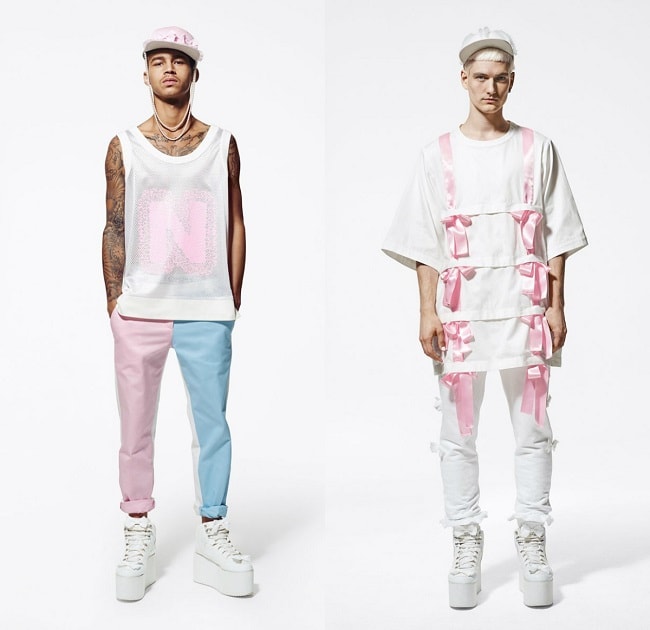 However, while 2008 may have marked a catalyst, full-on recognition occurred in 2015 and hasn’t yet disappeared. That year brought clear gender-fusion collections from Nicopanda, the brand from Lady Gaga stylist Nicola Formichetti, and Hood By Air fulfilled The Boondocks’ premonition: That hip-hop idols can wear skirts. The overarching trend, on the other hand, has defined itself by pop star and celebrity association, whether that’s silhouettes reminiscent of a young Mick Jagger or David Bowie, inspiration from dress-wearing ‘90s grunge stars, Kanye West throwing on a leather kilt for a Madison Square Garden performance, or Jaden Smith nonchalantly Instagramming himself in a dress. 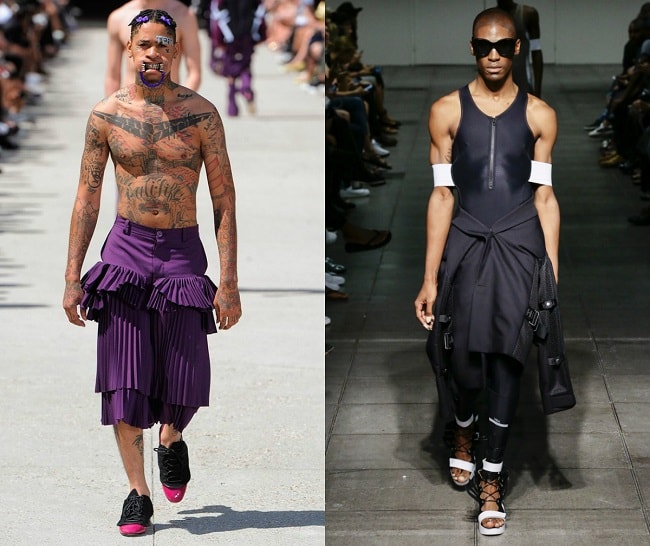 While this in-your-face second wave looks more like a reaction to sportswear’s dominance through the aughts and early 2010s, feminine-leaning styles are no longer just within the domain of high-end menswear and luxury streetwear brands. Rather, a trickle-down effect has infused more everyday pieces with a similar outlook, whether that’s adding embellishments in a Balmain-esque fashion, playing fitted and flowing silhouettes off each other, like Gucci and Prada have introduced, or not being afraid of a floral print. Androgyny, though, in its truest form is mixing masculine and feminine elements – not sticking a lace dress on a male runway model and calling it subversive. For the right balance without going over-the-top, attempt this trend with the following tips: 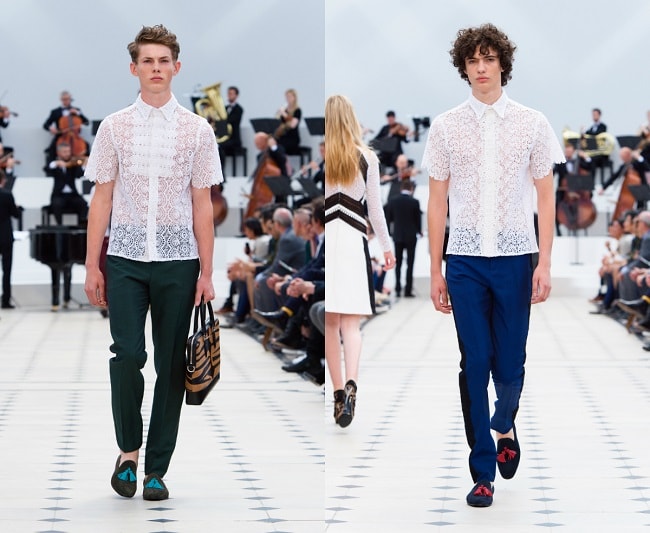 As one foray into androgynous territory, Burberry introduced lace button-down shirts with its SS16 collection. At a glance, its inclusion didn’t give off an overall feminine impression. Rather, the shirts played this delicate, partially transparent fabric and slim silhouette off neutral shades – brown, off-white, and black, for instance – and an overall masculine ensemble of straight-legged trousers and a blazer. On a similar note, other brands have tried out velvet, embroidery, sheer materials, and mesh in similar ways, showing that all it takes to dabble with androgyny is to combine a traditionally masculine silhouette with a texture or material more common in women’s collections. For instance, replacing a standard black blazer with one fully made of velvet or with velvet accents, all while your shirt and trousers remain a constant, injects a slight dandy character. As well, selecting a plain white button-down with embroidery around the collar and yoke gives your overall ensemble one feminine-leaning piece, which is then balanced by its more masculine structure. 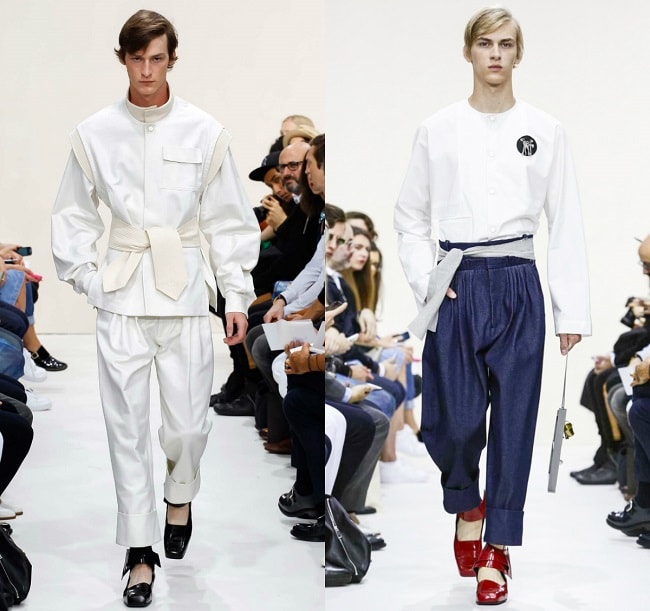 Certain silhouettes bring up masculine associations – for instance, a structured, boxy suit. Others have more feminine connotations – fitted in just the right areas, fanning out, or flowing and draped. Androgynous silhouettes, by contrast, blend aspects of both. J.W. Anderson’s SS16 collection, for instance, juxtaposed boxy printed jackets with a wider cut and took a knit cardigan and extended it for a more voluminous, slouchy shape. Anderson then emphasised its rock star-androgyny aspects by incorporating satin finishes, furry textures, and psychedelic prints. For the same season, Acne Studios further considered the association of femininity with sleeves and shorts. Here, a thicker knit gave mock neck sweaters more masculine associations, but using a sleeveless silhouette took the edge off and further fit the 1970s influence. As well, shorts blurred the lines by using an in-between length and flaring out – much like the cut of a skater skirt. The key, though, is taking into account how individual garments fit together. A blazer and trousers both with a wider cut, for example, appear as if you can’t dress for your body’s shape. But, on the other side of that, going fitted from head-to-toe solely has nothing but feminine connotations. In response, to reach the right balance, play something fitted off a piece with more of a draped silhouette to it. This, really, is as basic as combining skinny jeans with a wider-cut button-down shirt and layering a structured blazer over it. 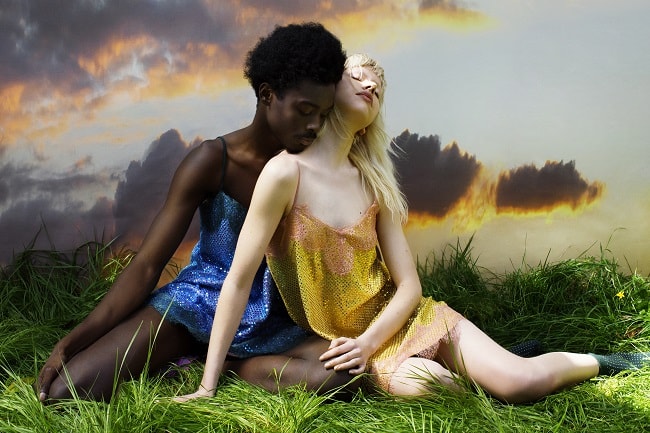 For 2017, florals, paisley, and the many variations of pink, purple, and aquamarine now seem somewhat commonplace in men’s and streetwear collections. Florals, particularly, cover everything from a single button-down shirt to a full-on suit and give a souvenir jacket a more authentic quality. Burgundy and royal purple, within menswear, have the depth of a forest green and seem to have shed any attached baggage. Pink, a sometimes-trendy shade since the early aughts, has experienced a similar renaissance, appearing since mid-2016 in light-hued forms. Much like texture, a pattern or colour thought of as feminine may be just enough to smudge the demarcation between men’s and women’s styles. After all, consider how you perceive a solid-black suit from, say, Prada, versus one of Gucci’s more recent all-over floral combinations. Even when the cut’s identical, that print nixes the former’s hard and austere yet interchangeable character. 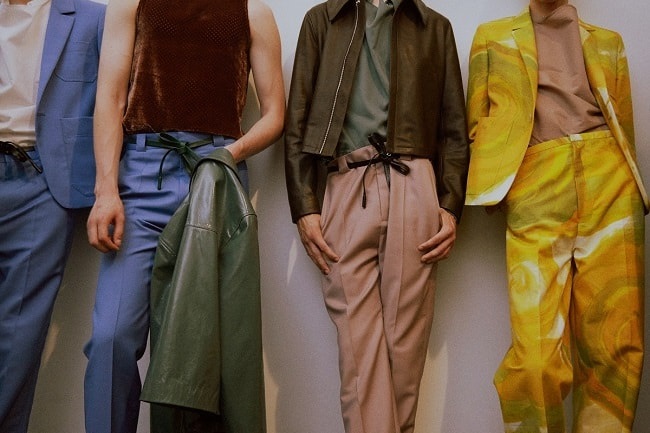 Look for Pieces with a Women’s Cut

When looking at everyday women’s style, certain aesthetics pervade: Skinny trousers, cropped jackets, flowing chiffon shirts, pussy-bow blouses, and heeled shoes surface anywhere you go. Although to find these pieces, some might simply shop in the women’s section, men’s brands and stores have gradually been adopting them. ASOS, for instance, offers a “spray-on” skinny jean fit, while its patterned shirts cover satiny and sheer chiffon-like styles. Although cropped silhouettes haven’t entirely taken off, fitted bombers, shorter motorcycle jackets, and slim-cut blazers add the type of structure you’re seeking. Men’s jewelry – a section more ecommerce retailers are adopting – lets you add that final touch: While a pussy bow might be too much or too dated, a collar chain or brooch suits the role just fine.