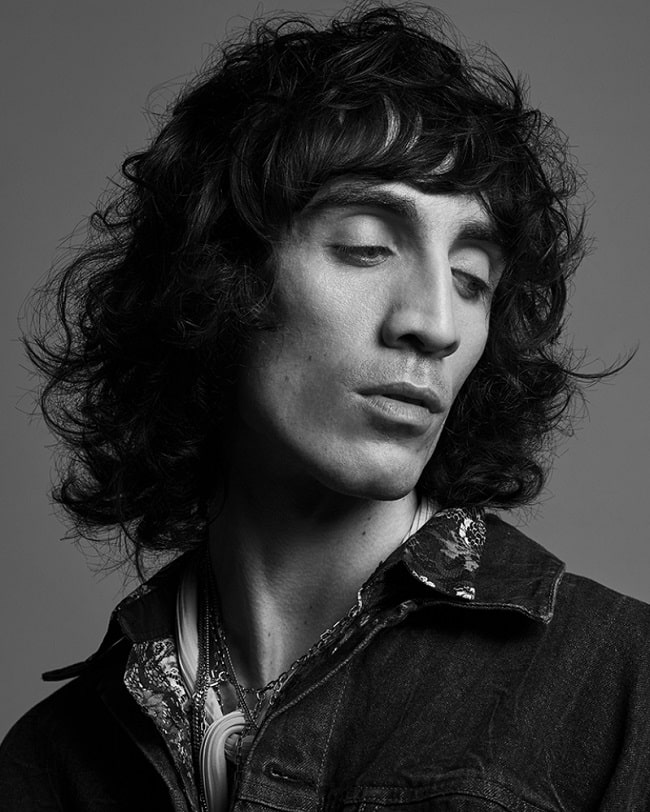 The stellar line up of the UK’s best hair stylists for men has been announced. Six finalists now contend for the honour of being crowned Men’s Hairdresser of the Year in HJ’s British Hairdressing Awards 2019, sponsored by Schwarzkopf Professional. The five men and three women named as the top men’s hairdressing creatives come from around the country and impressed more than 100 industry judges with beautiful photographic hair work showing their skill and flair.

Now, the finalists will submit another four images of their visionary and artistic hairdressing work in the hope of catching the judges’ imagination and hearts further, to be crowned with the coveted title of Men’s Hairdresser of the Year at the big ceremony – the Oscars of the hair world. MenswearStyle were lucky enough to speak to three of the finalists to find out some men’s hair predictions for the season ahead. 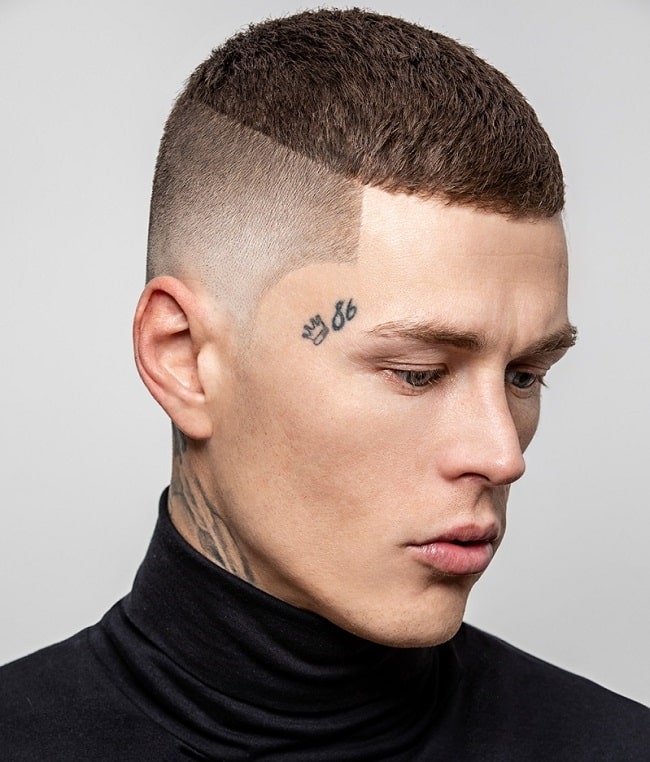 “This autumn/winter it’s all about you! ‘Personality’ is set to be the biggest trend and we will see a huge range of looks such as textures and length on the catwalks around the globe. Nowadays it’s all about individuality and suitability, no matter if you are backstage at London Fashion Week or in the chair at a salon. It’s very difficult to predict one single look, but men are definitely growing their hair longer to get rid of those famous skin fades! Fringes are also set to be popular - both blunt and soft. For people with fine hair, shorter styles are the way to go as they give the impression of thickness and strength.” 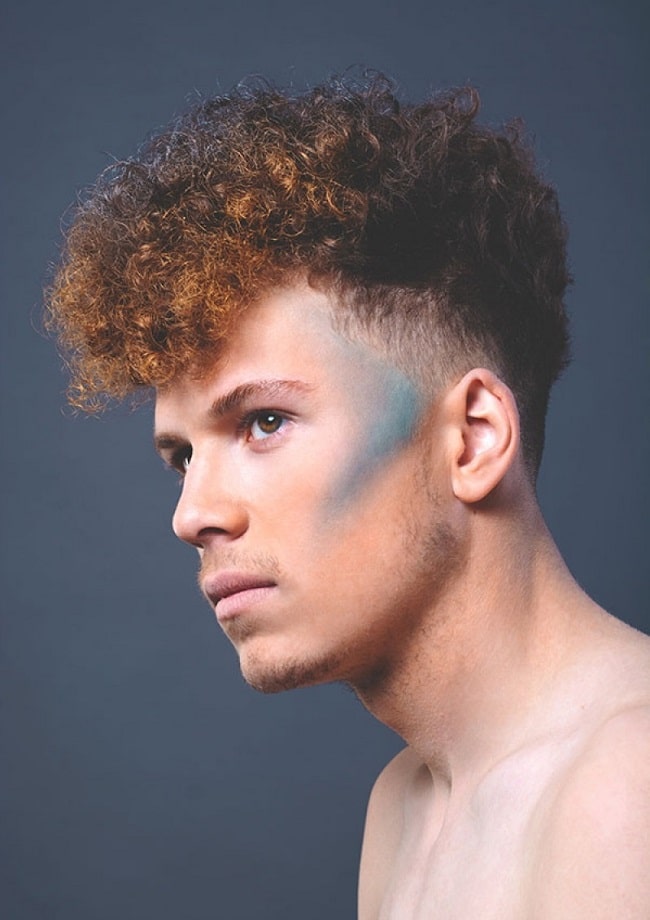 “Texture, waves and curls are a huge trend for autumn/winter, so expect to see longer and bigger styles. If you’re not blessed with natural volume then in all honesty, consider a perm - another big trend. They don’t necessarily have to be curly, a volume perm will just give your hair movement and lift. Your go-to product is MR. Style Salt Spray to enhance the volume of your hair while imparting texture to your style. The salt adds body while the softening Pea Peptide ingredient adds volume and prevents stiffness, and System-PPX thickens hair. As well as longer shoulder and jaw length looks, we’ll see an 80s influence on voluminous looks - think actor Joe Keery who plays Steve Harrington in Stranger Things as your style inspiration. A 21st century take on the rockabilly twist is another strong look, and think Keifer Sutherland in Lost Boys, Draco Malfoy or Billy Idol as poster boys. Go for high shine on this look. If you’re going short think slicked back preppy sweep - length on top, shaved at the side, or 90s influenced bleach blonde dark roots on a grown-out crop.” 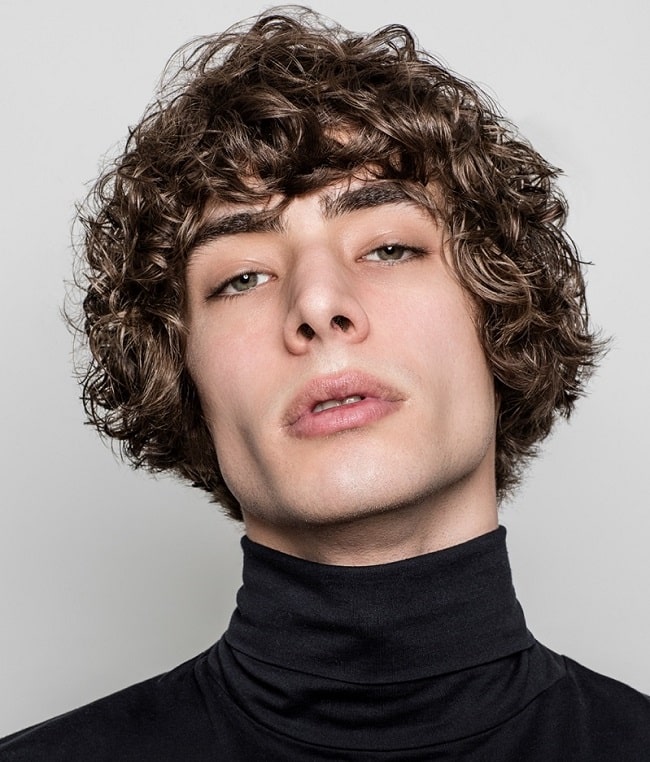 “For the past few years we have seen a lot of men sporting fade hairstyles. This is now changing, and we are starting to see a lot more grown out, textured hairstyles with men opting to leave their hair to grow until it’s around shoulder length or longer. With these hairstyles, men can experiment with salt sprays and texturising sprays to give their hair an effortless and undone, messy look. Men are becoming more and more fashion conscious and with these on trend longer hairstyles, we will also start to see more men using conditioning products, as well as shampoos and hair masks to keep moisture in their hair, prevent tangles and to generally keep their hair in its best condition. Layers are another trend this season and are a great way for men to add some volume to their hair and can be incorporated into short, medium and long hairstyles, but look particularly best on men with thick hair. Men’s hair with lots of layers and length is one of my favourites this season, as it gives a much softer but rich feel with natural movement." 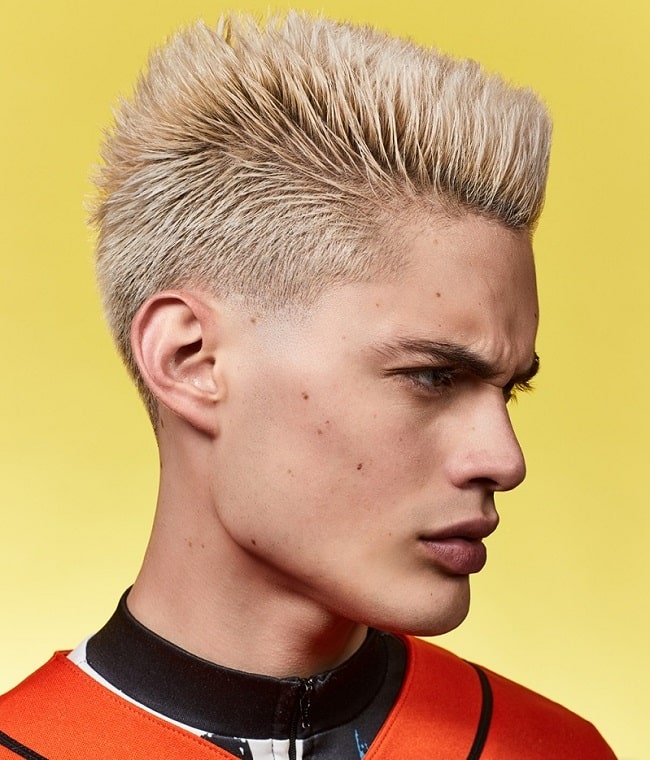 “Colour is currently booming and I think going forward we will see a lot of men becoming more experimental with colour and opting for very vibrant and extreme colours. Think real high fashion colours such as yellows, blues and greens. I definitely think these bright and bold hair colour shades will be particularly popular with younger men, who are a bit more courageous in comparison to older men. Bleaching has also been popular with men for quite some time and I think we will continue to see as we go into AW19, as it is the year to go blonde and bright! We’ve also noticed a lot of older men embracing their grey hair and not wanting to cover this up and instead, coming into the salon to get grey toners to keep their hair looking a very clean and pristine grey hue. There has also been a rise in grooming services as a whole and I think this will continue in the future. Men are not only coming into the salon to have their hair cut now, they want colour and also their beard trimmed and neatened up, hot shaves and also pedicures/manicures and threading.”