HOUNDSTOOTH VS. HERRINGBONE: SPOTTING THE DIFFERENCE

Written by Ivan Yaskey in Tips & Advice on the 14th October 2019 / Houndstooth vs. Herringbone: Spotting the Difference 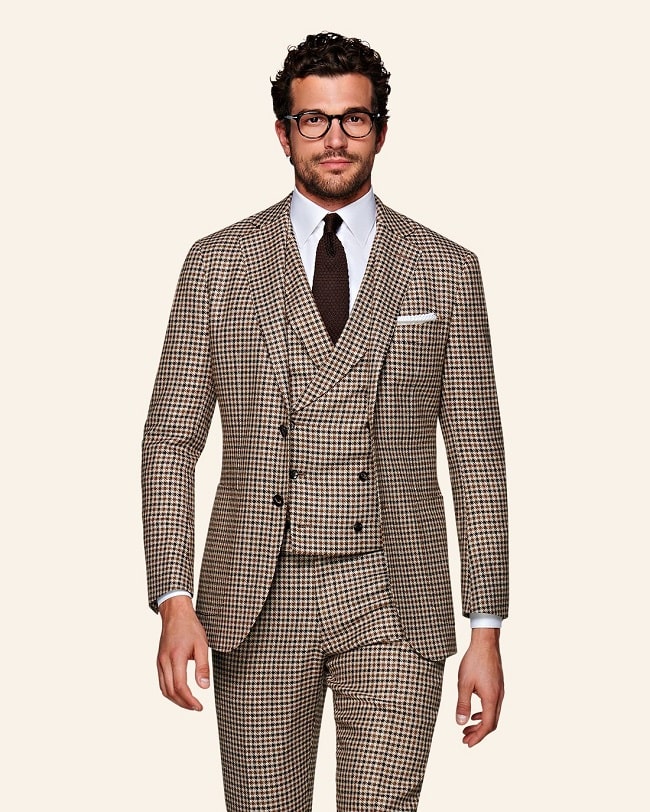 Some patterns are easy to identify and differentiate. Plaid versus checkerboard? The lines – and what’s in between them – are pretty clear cut. Same with geometric combinations, florals, and stripes. They’ve all got a distinctive look you’ll pick out from a distance. Not always so with herringbone and houndstooth. Unless you’re glancing at a large-scale iteration of the latter, both fabrics are based on a twill pattern, in which an interlocking weave is created when the warp goes under and then over multiple wefts along the diagonal.

As we’ve touched on here with Tweed fabrics, the result ends up thicker than a standard plain-woven material. Beyond this similarity, though, herringbone and houndstooth diverge in a few key areas. So, to answer this common menswear question, we’re giving you a rundown on the fabrics themselves and when each is appropriate. 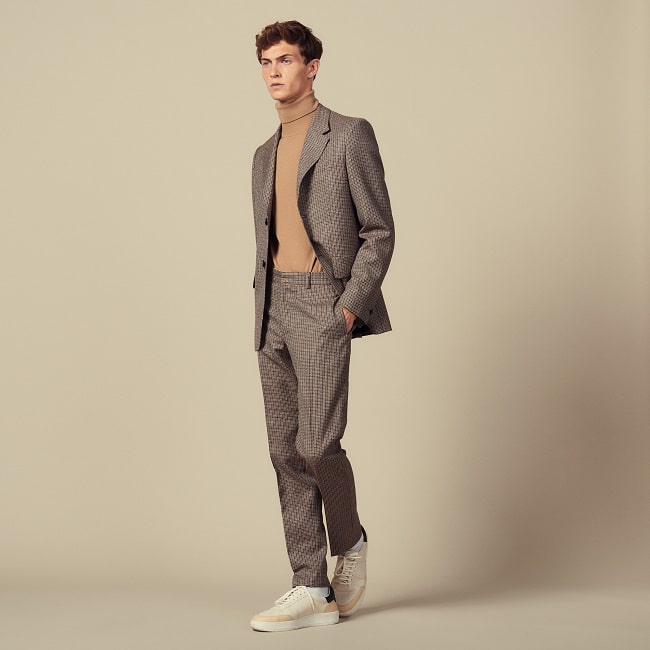 The Basics: Rows of V-shaped lines define herringbone materials. Centuries ago – all the way back to 580 B.C., when this pattern became the basis for the Roman Empire’s road systems and was also present in Egyptian textiles – it was said to look like a fish’s skeleton. Unlike for chevron, to which it’s also frequently compared, the Vs aren’t a true zigzag. Instead, the resulting pattern – a 2/2 twill with the weft reversed for portions of the fabric – is broken up or dithered, and thus has less of a checkerboard-like effect than houndstooth. Traditionally, one column of diagonal lines is slanted in one direction, and in the next, they head the opposite way, never forming a true, defined V shape. Chevron, by contrast, often resembles a series of hard V shapes stacked directly on top of each other. While both patterns incorporate two different colour tones, herringbone runs more on the tonal end. Although black and white iterations do exist, they tend to bleed into statement territory by purposefully accenting the fabric weave. Traditionally, you’ll encounter more tonal variations – for instance, black and grey, or tan and brown – and from a distance, a herringbone garment might even look solid coloured. To generalise, herringbone these days is more of a textural effect, and gives craggy, rugged, yet lightly sophisticated character to heavier-weight garments. 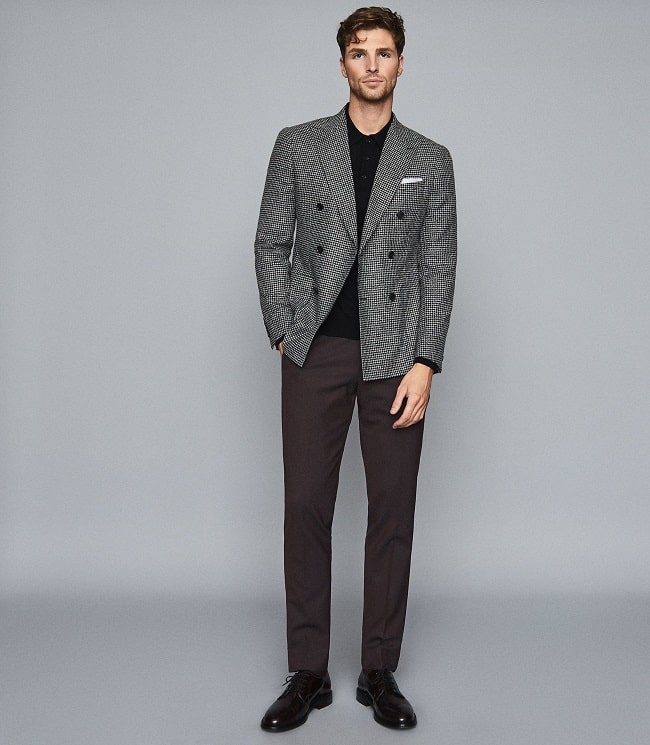 When to Wear It: As a standard menswear rule, the more subtle something is, the better it is for dressy and formal occasions. As well, understated textures and patterns don’t have that overt nature, making them stronger candidates for all-over wear. With these factors in mind, herringbone suits are a no-brainer, especially if you’re seeking out something retro, want to experiment with different types of textures, or don’t want to forego style completely once December arrives. In fact, the thicker the material, the more defined the texture appears. Or, within the realm of suit separates, use herringbone to draw attention to a wool pair of trousers or a blazer. 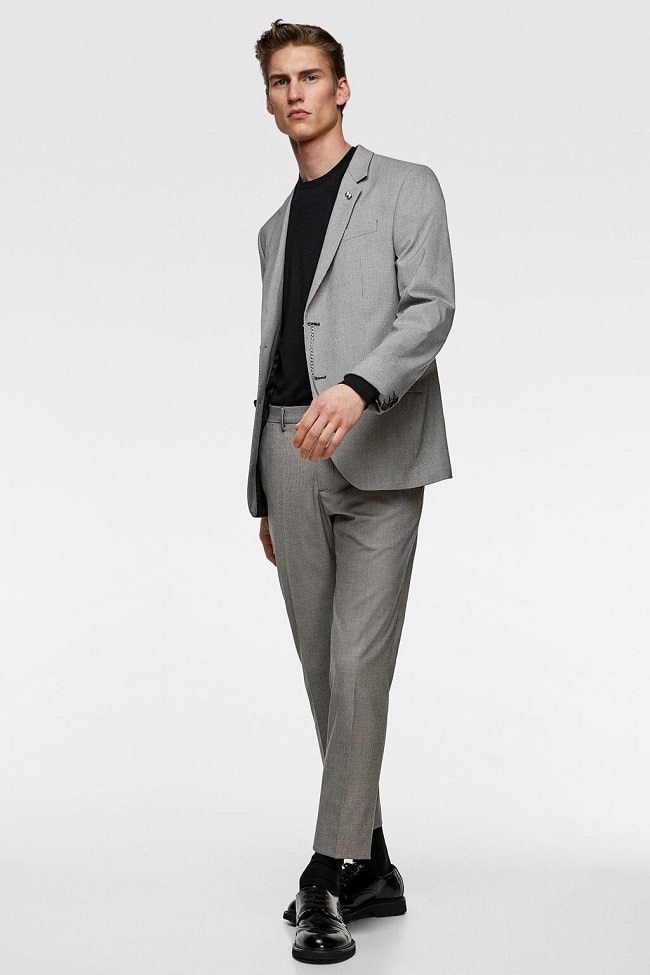 The Basics: Today, the fashion world regards houndstooth as both a pattern and textured fabric weave. You’ll spot designers giving it the large-scale treatment, to the point it resembles a variation on checkerboard, albeit with less-defined lines and a few more details. Compared to herringbone, houndstooth – as a woven fabric – plays up the contrasts a bit more. While it’s also a 2/2 twill, the result typically has harder, more defined lines with points at the ends, and looks like a dog’s tooth, chicken’s foot, or a four-pointed star – hence the range of names you’ll find for this pattern. Size wise, you’ll encounter a few variations out there, from magnified to the small-scale puppytooth pattern. As a fabric, houndstooth has history, too – although not quite to the same degree as herringbone. Its origins supposedly go back to the 4th century in Scotland, although common wear picked up in the 1800s. 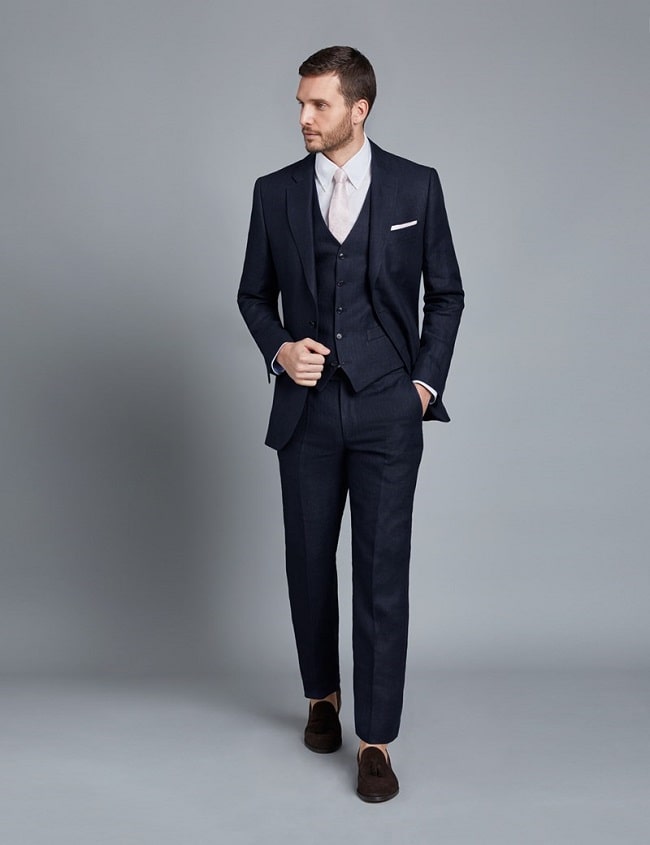 How to Wear It: Simply put, contrasts are the heart of any houndstooth pattern, and thus, tonal varieties are rare, unless it’s for a larger-scale version. Traditionally, you’ll spot it in black-and-white versions that echo Chanel’s well-known women’s suits. All of that said, the contrasts angle houndstooth as a statement pattern. For this reason, it’s best reserved for a single garment and isn’t recommended for more formal affairs. Rather, consider it for smart-casual dress codes, perhaps playing off a pair of solid-black trousers, or for a patterned set of chinos you’ll match with a white button-down or sweater. 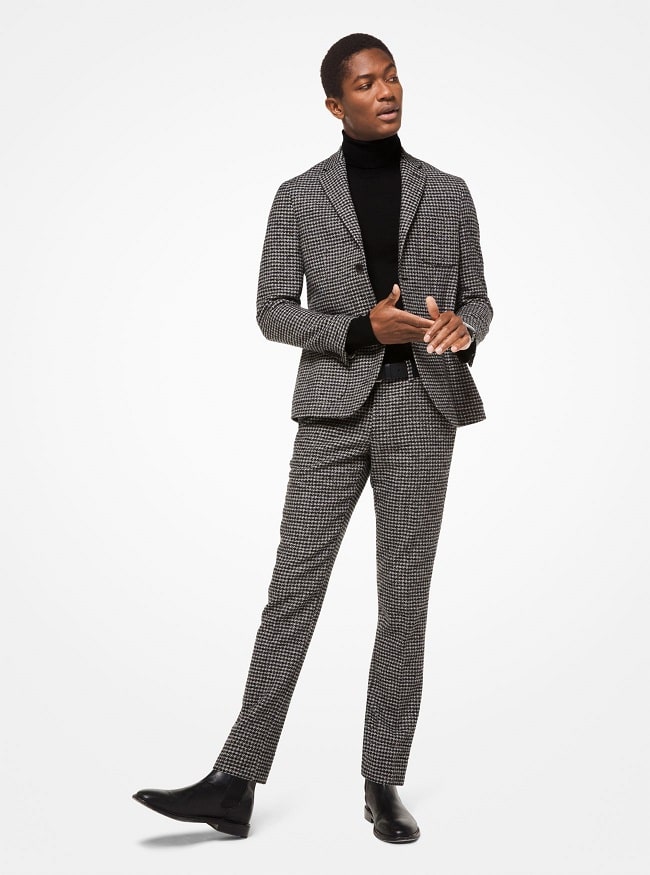 It makes us think of the ‘70s, but sharkskin is another twill-based material that easily gets confused with both herringbone and houndstooth. The structure’s slightly more straightforward – a two-colour fill and two-colour warp in alternating shades of grey. Specifically, the warp has light grey on the uneven ends and a darker shade on the even ones, and the weft then follows the same pattern. Beyond this distinction, a shinier, more lustrous look separates sharkskin from similar fabrics. To create this shimmering quality, finely woven worsted wool, mohair, rayon, or acetate is preferred over other fibers. While full-on sharkskin suits were a thing roughly 50 years ago, the fabric is a bit overkill in 2019. As such, take a similar approach as you would with houndstooth: reserved for a single item, ideally for more casual to smart-casual wear.

Which suit fabric is the best? #style