HERE’S OUR ROUNDUP OF THE MEN’S AW20 FASHION WEEKS

THE HIGHLIGHTS OF LONDON, MILAN & PARIS 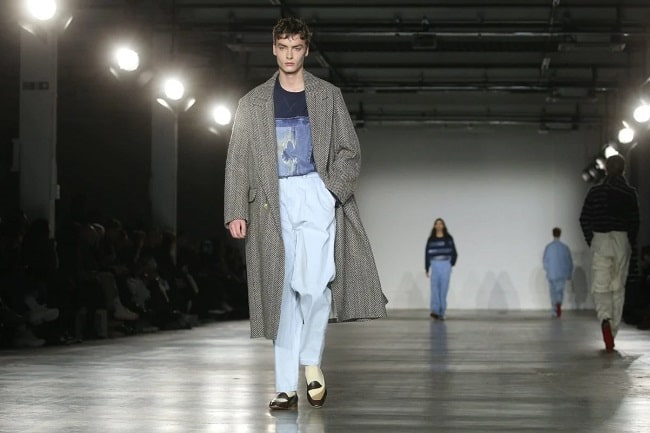 Usually, as we’re going through all the presentations unveiled at a particular group of Fashion Weeks, some type of cohesiveness exists. But, especially with New York out of the picture, the imbalance keeps growing. London’s garnered a reputation for its experimental, why-not? vibe, and here, the streetwear silhouette appears to survive, albeit off in a corner. Paris, though, has experienced a return to form and amounts to “peak tailoring,” if you have to use a single phrase. Milan – often the boring cousin to these two – comes off as a hybrid: the place where designers really want to try tailoring, but don’t want to do it so straight-faced.

Breaking things down and illustrating the cumulative development of menswear within the ongoing question of, “Should menswear still have its dedicated Fashion Week?”, here’s what will be shaping your shirts and suits in direct and indirect ways come autumn. 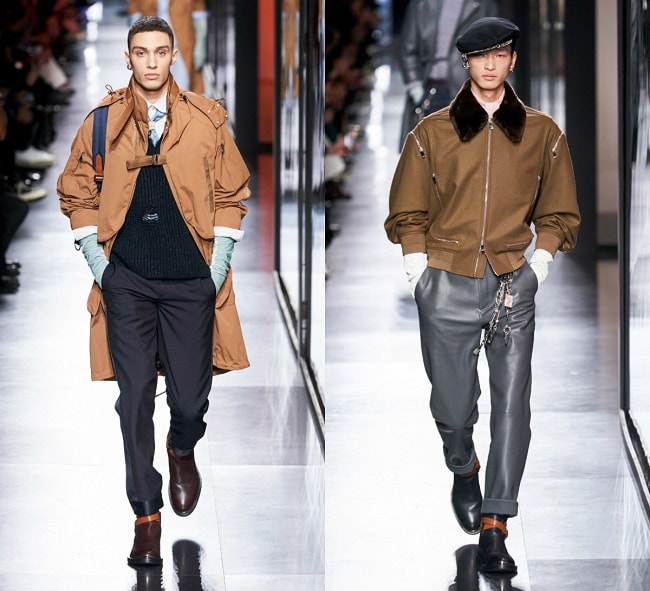 Back to Formal Tailoring

After over a year of double-breasted, monochrome silhouettes with asymmetry and harness-like adornments, Virgil Abloh played it relatively straight with his AW20 offering in Paris. Titled 'Heaven,' the theme slightly hit you over the head with its cloud prints, but as the antithesis to this, Abloh unveiled several straight, slimmer-cut single- and double-breasted suits in tan, grey, or pinstripes. It wasn’t all ordinary, however. Buttons were placed slightly higher, skinny ties blended in with the white shirts behind, and metallic monogrammed buttons ensured Louis Vuitton’s familiar branding remained. Abloh did shift into symbolic territory at one point, with cutouts stitched together to embody the fragility of traditional menswear as well as the ease of deconstructing those staples. In the process, too, Abloh introduced us to a deep, ocean-tinged turquoise shade that, come autumn, will be the new “it” suiting colour. 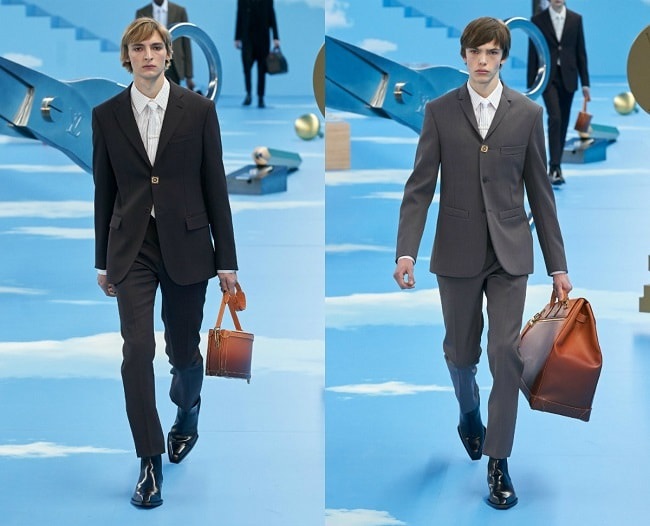 Throughout both Paris and Milan Fashion Weeks, a certain type of classic tailoring emerged as a theme we haven’t fully experienced over the past few streetwear-into-casual-suiting years. Dolce & Gabbana, for instance, went in a slightly unexceptional direction with a series of black, grey, or pinstriped suits, until the theme of literal workwear – what we wear on the job regardless of occupation – came through with leather aprons and overalls emphasising the utilitarian nature of all garments seen. Prada, at Milan, went in a similar direction, depicting the types of three-piece suits, overcoats, raincoats, and knits an archetypal office worker might be spotted in around the city, but exaggerated the lines slightly, making single-breasted jackets wider and sloping the shoulders downward. Givenchy, on the other hand, had a bit of fun with a similar silhouette, playing it against open louche-style shirts and androgynous, cowboy-hinting Cuban-heeled boots. 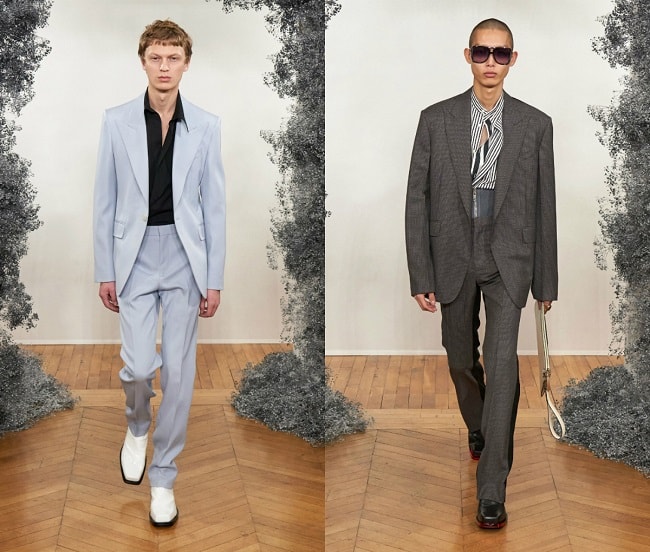 If pleats can return, why not gargantuan pillow-like adornments atop the shoulders? Rick Owens’ Paris presentation, titled 'Performa,' broke up his series of biker, clinical, and asymmetrical silhouettes with one definitive, connecting feature: Angular shoulder pads that would’ve been fitting for Lady Gaga circa her 'Bad Romance' days. And, no, it’s not hyperbole. Owens enhanced long and cropped blazers, leather jackets, and felty, tweedy overcoats with grandiose interpretations of a definitive 1980s style that, in many instances, resembled upholstered puff sleeves. Raf Simons explored a similar trend that, to use another musical reference, appeared to allude to David Byrne’s suits from his Talking Heads days. Though, nothing was interpreted literally or out of admiration. Rather, Simons’ theme of Solar Youth hinted at a futuristic world of long, cape-like coats, cutouts, and metallic and plastic finishes – the type of place where everything’s so large scale, grandiosity is simply ordinary. 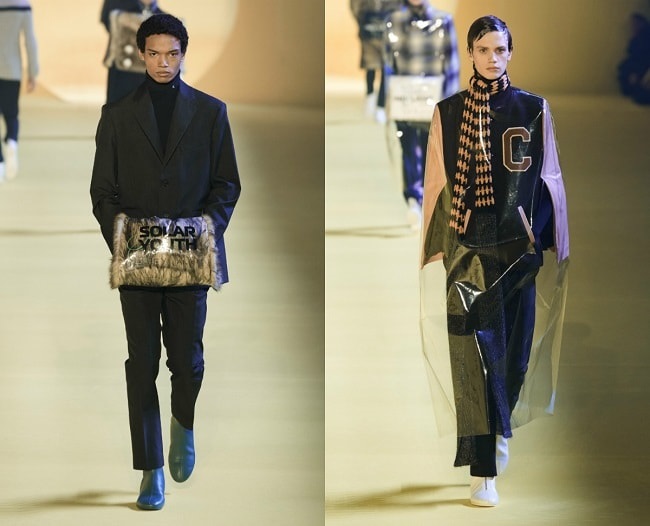 It’s a novice’s Fashion Week observation, sure, but shades of tan – light, barely above off-white to grey-tinged taupe – crept through plenty of collections. Part of it is a strong grip on those ‘70s trends designers haven’t yet shaken off. As the other side, brands have attempted to position brown as the new 'neutral' since the ‘80s, and it has never quite stuck around for long. So here we are again, giving it another go. In Paris, Hermes tried to scale the full spectrum, with solid hues juxtaposed against psychedelic prints or on calfskin leather, with gravel, camel, and taupe adding a certain type of softness that even charcoal can’t deliver to strong, nearly straight edges. Dior, too, amongst its futuristic luxury punk theme, mixed it in via long and cropped jackets, bombers zipped up the back, and velvet gloves, with safety pin adornments and revived prints – we spotted paisley, toile de jouy, and arabesque – spaced throughout. 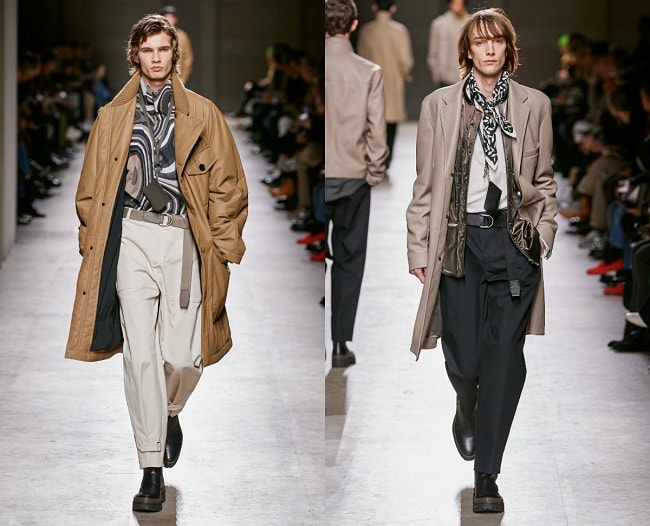 Jacquemus returned to a familiar seaside France, with its easygoing, wider cut silhouettes in beige and light tan, next to pops of yellows and broken up with the occasional cutout. The same seemingly middle-of-the-road colour scheme ran through its combined men’s and women’s presentations. Also utilising yellow, Fendi crafted its own utilitarian, dystopian theme to comment on the effects of climate change. Brown and yellow appeared jarring alongside navy and charcoal, while deconstruction – specifically, adapting your suiting and winter jackets to warm weather at a moment’s notice – literally shaped the design of each garment. Amiri, meanwhile, examined the ‘70s from a point of admiration, down to the excessive sepia tones. The theme further emerged through point collars, flared trousers, Sherpa textures, and rollnecks that seemed taken out of Dirty Harry and gussied up for the fashion-forward audience. 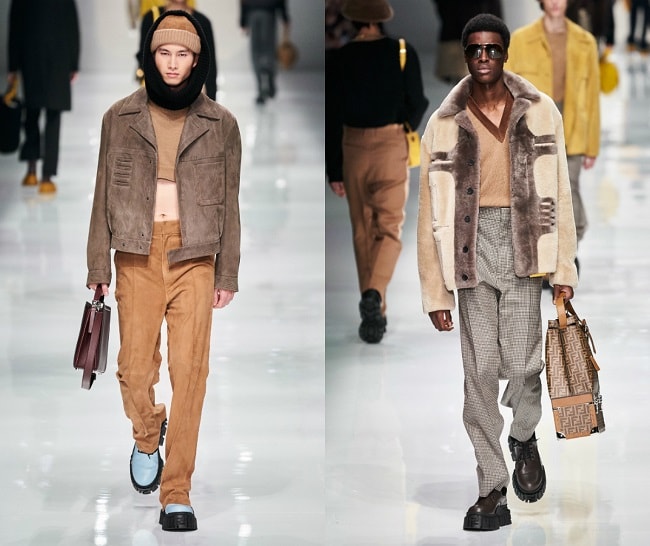 No Lip Service to Sustainability

Debates have ensued about whether Fashion Week should even exist, considering the global crisis we’re all in. Pointing to what could be the future, London Fashion Week Men’s illustrated several pathways sustainable high fashion could take. Priya Ahluwalia represented the upcycled side, with repurposed fabrics fleshing out a ‘70s-meets-sportswear-meets-loungewear aesthetic, of colour-blocking and scrapbook-like mashups incorporating diverse, dissimilar materials. At the same time, Ahluwalia took the opportunity to highlight her Indian and Nigerian heritage, reviving ‘60s-era trends from these areas of the world. E. Tautz also went for an upcycled pathway, working with U.K. recycling company Astco to create its checked coats, pleated trousers, denim, and satin shirts. Charles Jeffrey Loverboy, meanwhile, looked to local sourcing for its materials, which included GOTS-certified cotton and tartan fabrics from Lochcarron of Scotland. Emphasising the local angle, the collection featured a series of landscape prints inspired by Scotland’s woodlands. 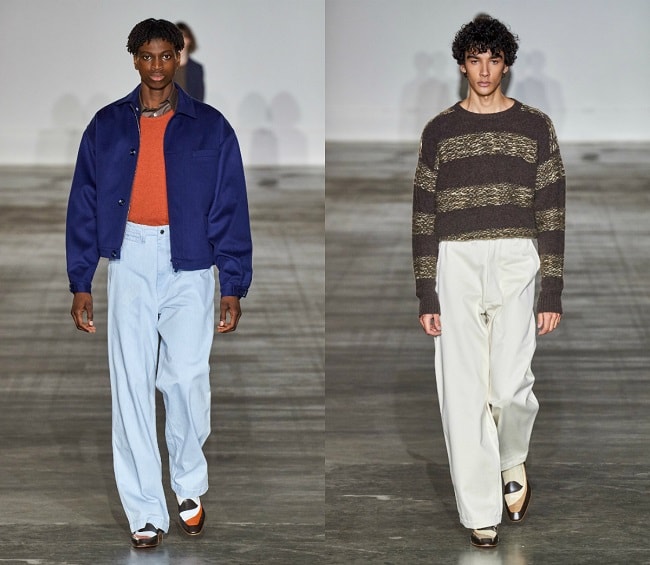 Seeing the Past Through Rose-Coloured Glasses

For Gucci’s 'Rave Like You Are Five'-titled presentation in Milan, Alessandro Michele meant this statement literally, crafting a joyous yet semi-psychedelic ode to the awkward period of childhood-into-adolescence, with baby doll dresses, graphic sweaters, and school boy suits giving way to ripped jeans, patterned overcoats, and rockabilly haircuts. In between, shorts intentionally fit too high, buttons appeared strained across chests, and the primary colours and animal shapes of a grade school classroom mixed with silhouettes that would’ve been fitting for AC/DC’s Angus Young or a ‘90s-period Courtney Love. Michele introduced commentary much like Abloh’s for Louis Vuitton, sneaking a treatise against toxic masculinity and a return to youthful wonderment through the program notes. 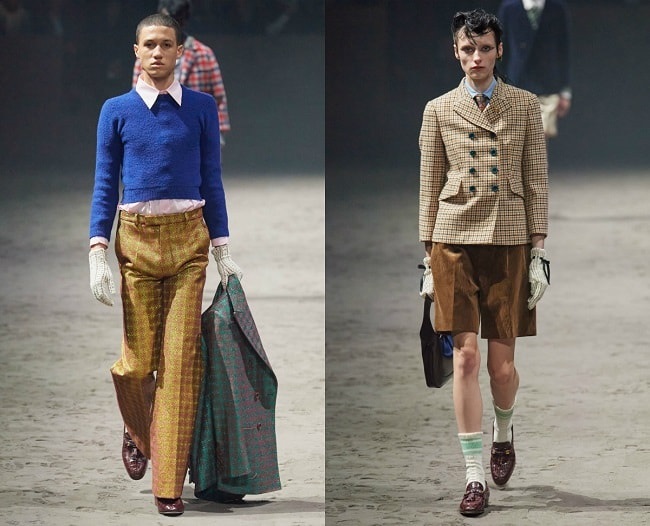 Although Gucci hit the theme more on the nose, Simons’ presentation channelled Riverdale slightly, with its revived varsity jacket and knit hats appearing borrowed from Archie and Jughead, respectively. Dries Van Noten, meanwhile, encouraged everyone to embrace their inner hair metal enthusiast. Perhaps loosely inspired by Stranger Things’ Billy Hargrove or that Motley Crue movie on Netflix last year, leopard spots, Pucci-style prints, high-waist tapered jeans, cropped jackets, and ruffles captured the era – but in the sense the modern man is dressing up and staying as far away from the spandex as he can.