WHY THE HALF-ZIP IS GETTING A SECOND GLANCE IN MENSWEAR 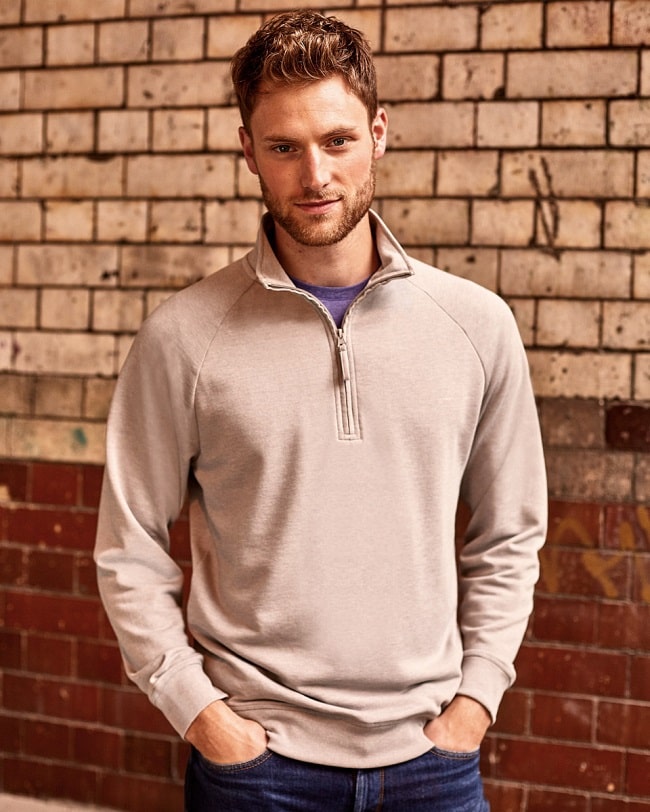 Call it a quarter-zip. Call it a half-zip. Whatever you call it, these pullovers with stiff, mandarin-style high necks and a zipper closure down part of the chest have never quite leapt past their modern-day utilitarian role. In fleece or a knit fabrication, it’s an easily layered garment that doesn’t quite have the cool appeal of a cardigan, V-neck sweater, or sweatshirt. With tech features, any of your neighbours could easily sport one to stay warm, dry, and visible as they go for a morning run around the block. And, unlike pleated trousers or bulky runners, this is a “dad” trend your own father probably still wears – so the nostalgia factor is lost. All in all, quarter- and half-zips have never been cool – not even in an ironic sense – but do their job reasonably well.

However, its reputation appears to be evolving, as evidenced by its presence in recent runway presentations and a new slew of silhouette. 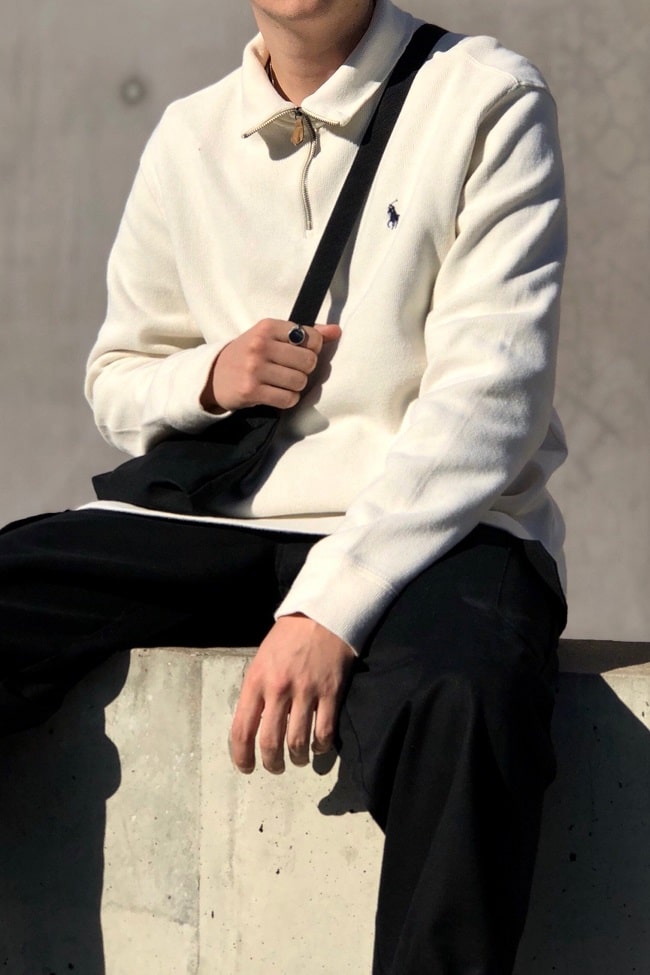 Why the Half-Zip and Why Now?

Chalk it up to the perfect confluence of factors – some practical and others trend driven. Centred around sustainability and getting rid of excess, layering and adaptability have merged into the minimalist menswear movement, and here, the half-zip sits precisely as a mid-layer that can be worn over a T-shirt or any shirt. Compounding to this last point, fleece as a status signifier in corporate environments – and, let’s be real, it’s a Patagonia fleece, or else you’re just a cheap try-hard – has surged over the past few years, to the point the “Midtown Uniform” of finance dudes and tech bros has evolved into a meme. Ultimately, it’s a smart casual staple with some preppy appeal that every exec and management-wannabe sports to fit in.

On the other hand, the half-zip is yet another extension of the tech features trend and also of “dad” fashion, although not for the same reasons. There’s a strange amount of comfort and familiarity in “dad” styles, and the latest interpretations of half-zips capitalise on this with oversized fits and warm-for-its-weight fleece. As well, beyond the strict athletic gear sported for marathon training, fleece is one of those deceptively techy materials: Even casual versions pair surprising insulation with moisture-wicking features and a cut specifically made for movement. 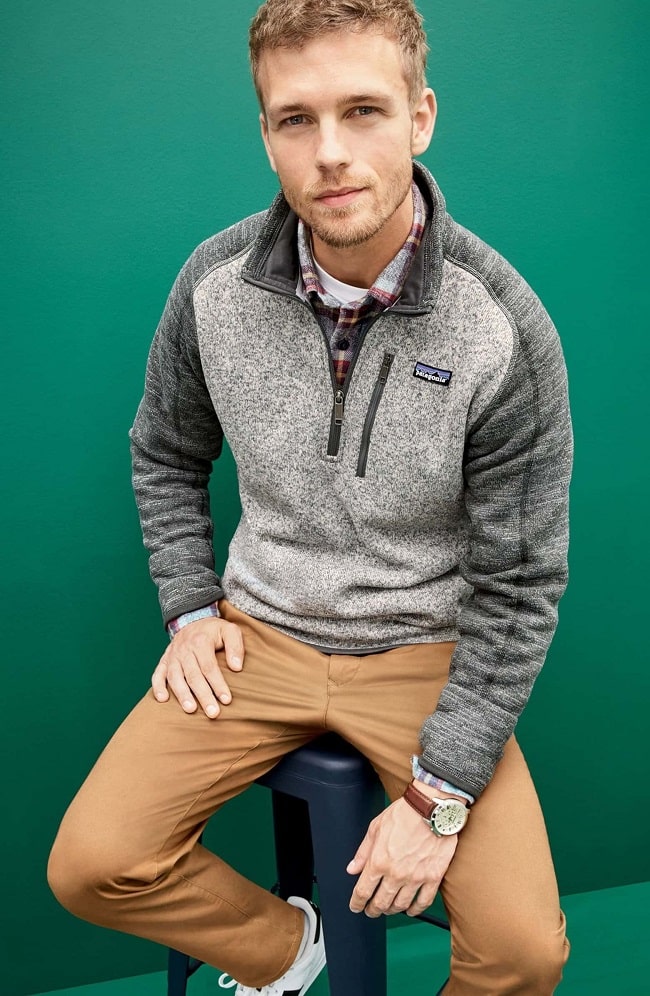 The “new” half-zip diverges down multiple paths from its stodgy predecessor:

Something’s just different. A knit or fleece forms the foundation, but from here, little details differentiate it from the expected. For one, the typical quarter- or half-zip features a streamlined yet boxy cut that doesn’t sit right next to the skin, allowing for easy layering. The updates, however, treat it like a separate entity that, yes, could be worn as a layer but isn’t out of place as a standalone shirt.

On one hand, streetwear fits have broken up this structure. You’ll come across cropped quarter-zips, as well as oversized, baggy ones that engulf most of the torso and resemble anoraks with a defined hem. Further breaking down boundaries, the mandarin high collar occasionally gets traded in for a point collar – giving off polo shirt hybrid vibes – or taking cues from activewear, the fine knit material sits closer to the skin, essentially functioning as a lightweight sweater you could wear under a trucker jacket or bomber. 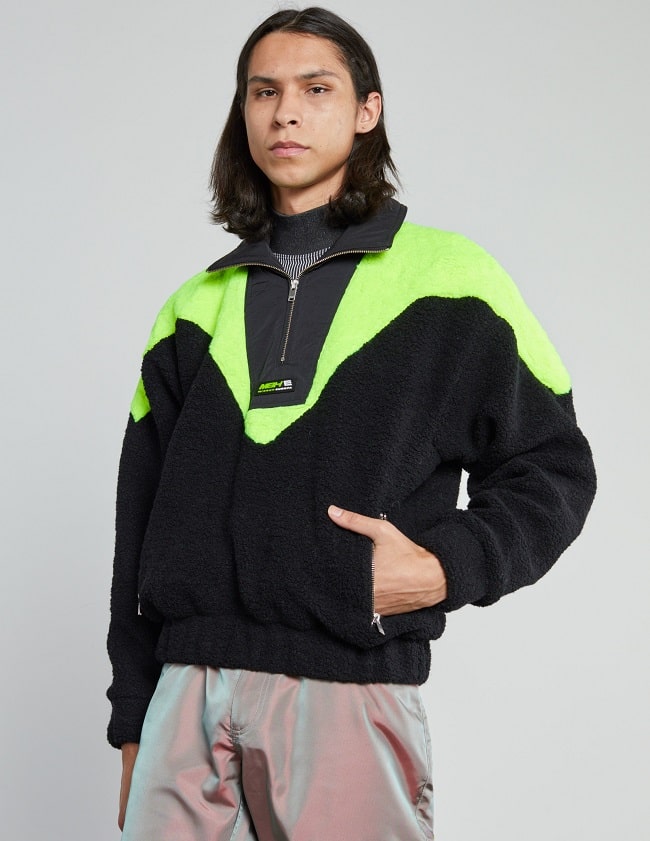 Stripes, camo, and colour-blocking – it’s all up for grabs. Perhaps making the strongest impression, Balenciaga’s rugby-striped combinations with pops of neon play on its retro appeal while pulling it clearly out of the staple brigade. It’s bright and meant to make a statement, no matter if it’s worn strictly as a shirt or as a pullover. In these instances, the garment itself is constructed out of a sportier-looking material – think nylon, polyester, or spandex – and veers very closely toward shell suit territory.

On the subject of shell suits, the trend itself hasn’t gone that far back in time. Yet, as all-over patterned efforts from Gucci and Burberry show, the 2000s are now up for grabs – as is the era’s tacky-for-the-sake-of-tacky chav culture. Within those boundaries, half-zips emerge as a reworking of the track suit. Yet, to some degree, we experienced it a couple of years ago with the whole post-Soviet revival, but while that stayed somewhat traditional – and, in many regards, was an ode to the status symbol Adidas played in ‘90s Eastern Europe – the new version alludes more to the knockoff Burberry checks that were everywhere in the mid-2000s. Zip ankles, though, have been replaced with streamlined jogger bottoms, and a full-zip tops get swiped out for a half- or quarter-zip pullover. 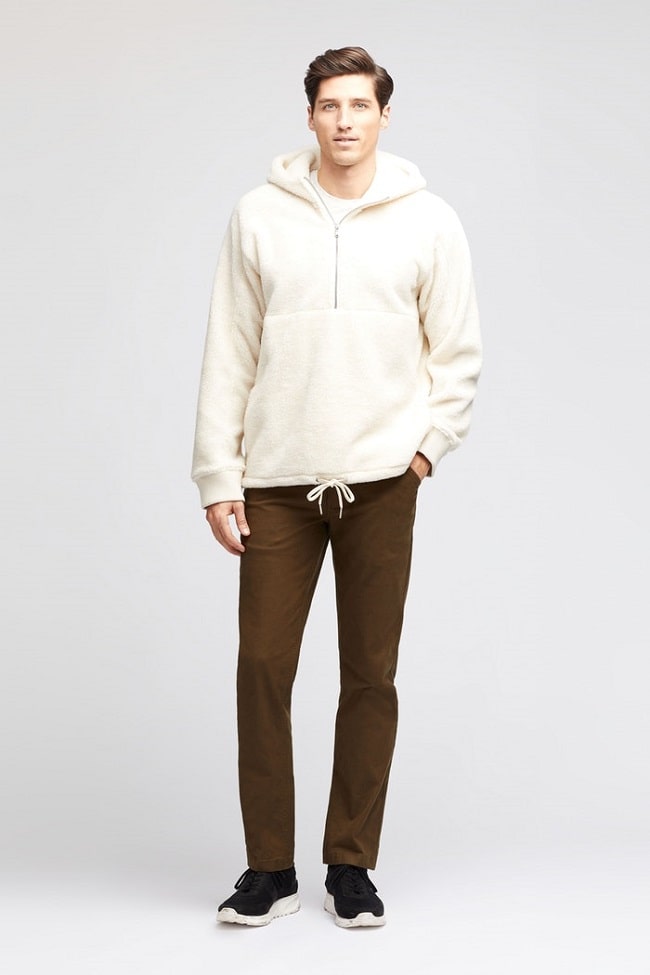 The smooth performance fabrics we’ve seen on fleece and knit half-zips get a bit boring. Now that we’re expecting more from both our sweaters and active garments, it’s not unusual to see chunky, mohair, or shearling-like textures for an obvious tactile element. These garments have traditionally been about blending in and staying warm outdoors or in a too-cold office, but the extra texture directly calls attention to the fact you’re putting something on to do just that.