HOW COVID-19 IS AFFECTING THE SUITING INDUSTRY 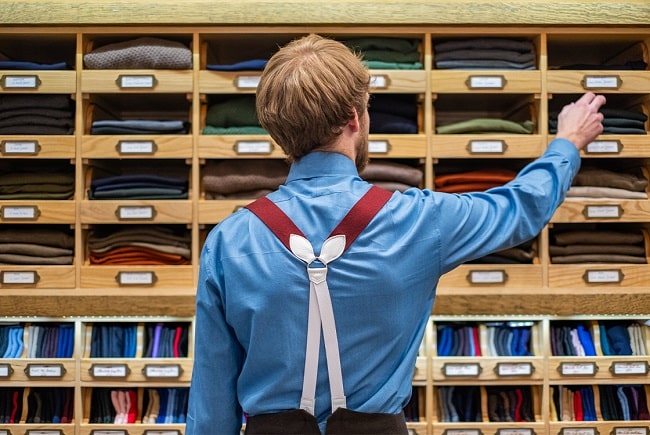 To put it frankly, if you’re not going anywhere, you don’t really have to dress up. No, we don’t specifically mean lounging around in sweatpants all day, although soaring sales of athleisurewear indicate many have been doing just that since March. Instead, with no weddings, no in-person job interviews, and no end-of-the-year formal events like prom and graduation, is there a reason to even purchase a suit? The answer is a resounding “No” that’s sounding a death knell for many men’s suiting and formalwear retailers.

Released in August, OneFourZero Group’s “Consumer Trends in Clothing and Apparel in the United Kingdom and the United States” report indicates that on both sides of the pond, the Covid-19 pandemic hit the clothing and apparel industry hard. Yet, the trend, with a sharp decline in foot traffic and an uptick in online sales, was a sudden drop within an already-declining pattern. Specifically, the report found that clothing sales fell 34.8 percent in March overall, reflecting the pattern of Americans and Britons spending less on non-essential items, to the tune of £171 per week per household. An altered supply chain further accelerated this change, with retailers closing brick-and-mortar locations and factory shutdowns in Asia influencing what appears on physical and digital shelves. In this vein, formalwear’s decline reflects the rest of the industry, albeit in a more exaggerated fashion. OneFourZero Group’s data indicates that, based on search volume, queries for “men’s suiting” fell nearly 80 percent between March and June, just as terms related to festival outfits declined over 150 percent as promoters cancelled events across the UK and continental Europe over the summer. 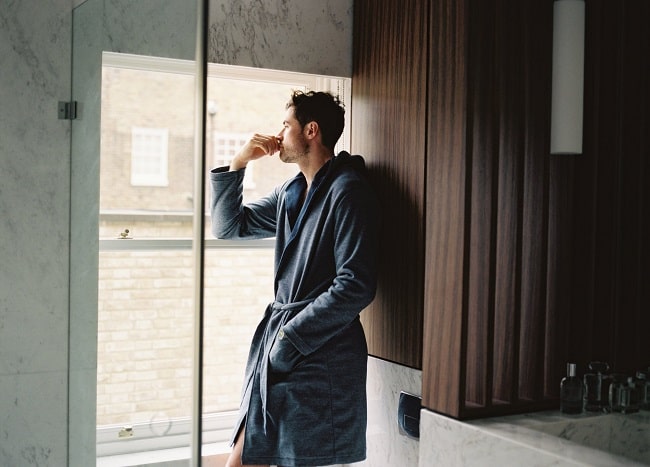 Considering the current conditions, decreased search volume is inevitable. Yet, as a more significant point, brands known for off-the-rack suiting in the US have filed for Chapter 11 bankruptcy during the pandemic, including Tailored Brands, the owner of Men’s Wearhouse and JoS. A. Bank, Brooks Brothers, J. Crew, and department stores Neiman Marcus and Lord & Taylor. Among these, J. Crew’s financial woes extend back years, while the department store – even the luxury experience Neiman Marcus has offered – was fading out in place of specialty, experience-based brick-and-mortar retail. Based on a report in the New York Times, Tailored Brands’ struggles go back to poor timing and attempting to dominate an already-diminishing market. Specifically, Men’s Wearhouse grew steadily from its inception in the ‘70s until the early 2000s and more than doubled in size by 2011. Their one-stop-shop approach and price-conscious, less-fashion forward selection turned them into the go-to suit-buying spot for a number of years. 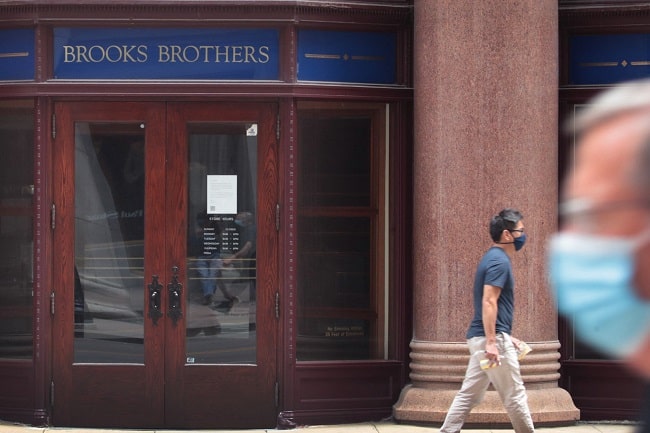 By 2014, the company acquired JoS. A. Bank, a suiting-focused menswear brand with a more formal and upscale reputation. The merger saddled Tailored Brands with debt immediately that never dissipated, and year-over-year, sales by May 2020 had declined roughly 60 percent. In turn, the company has since announced plans to restructure, closing 500 stores and cutting 20 percent of its corporate positions to lessen its debts by $630 million. Brooks Brothers, meanwhile, is a casualty of shifting trends. While the company’s stores sell more than suiting, the consumer who would’ve ordinarily purchased a classic, relaxed-fitting navy suit either doesn’t have a need for one at all or is seeking out trendier, more customised alternatives, like those through the more recent crop of mass made-to-measure brands like Knot Standard and Suitsupply. Likely as a result of staying close to its preppy roots, Brooks Brothers announced plans to close at least 50 stores and sell off close to a quarter of its locations to SPARC Group. 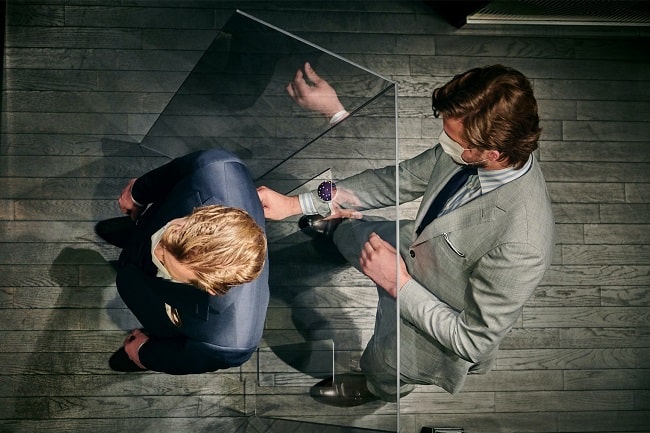 All retailers, especially mass market stores that depend partially on foot traffic, have experienced a drop in year-over-year sales. According to research from IBISWorld, menswear retailers are predicted to take a collective hit of 13 percent. However, suiting is expected to feel it more: Based on research from Euromonitor International, US sales alone may decline nearly 25 percent and reach of low of $1.5 billion, down from $2.1 billion five years ago. A couple of factors are at play. One, the pandemic all but put the kibosh on formal events where men would’ve been buying their suit for the first time or at least using a rental service, and that’s where companies like Men’s Wearhouse excelled in comparison to traditional tailors. This covers everything from black-tie occasions to weddings, graduations, and proms. Secondly, the gradual decline reflects the overarching trend of the past five years: In both the US and UK, suits are less and less of a requirement to dress well. Even Goldman Sachs declared smart-casual as its official dress code over two years ago, and they followed well after tech companies and creative entities started taking this approach in the 2000s. 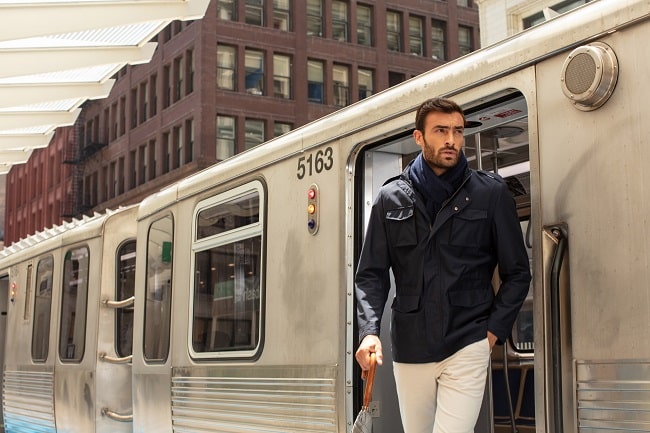 As a third factor, experience-based shopping has gradually been replacing the traditional department store shopping trip, even for men who aren’t fully invested in style. In terms of suiting, custom tailors with a stronger online presence, like Knot Standard and Suitsupply, have started capturing that middle market: They’re priced just below something you’d get at Brooks Brothers, but it’s more in style (read: slim, rather than your father’s boxy suit) and tends to offer more customisation, eliminating the need to seek out a tailor for alterations. Illustrating this last point, as retailers like Brooks Brothers and Men’s Wearhouse question their future, Suitsupply made a move in the US, both through semi-controversial but relevant advertising and setting up over 40 stores. At the start of the pandemic, according to a report in Forbes, they adapted with a guided virtual online experience that limited the amount of time a customer would need to spend in a brick-and-mortar location. 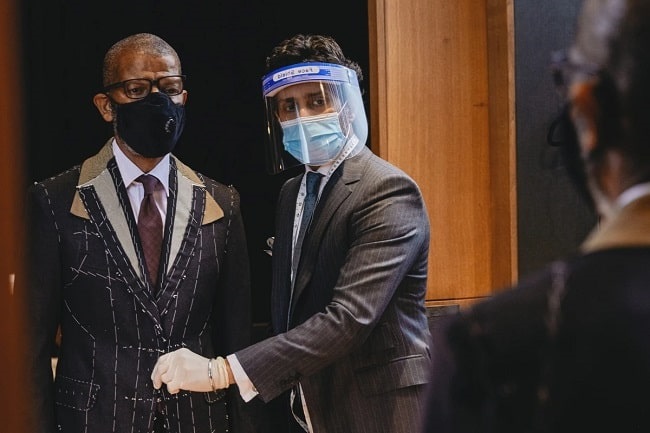 The Future of Suiting

As a fourth point, suiting’s consumer has changed. Yes, there are young adults finishing school and preparing for their first job, and somewhere in there, at least traditionally, they would’ve picked up a navy two-piece suit and blue button-front shirt. That consumer likely won’t go away, although once we’re all on the other side of the pandemic, the importance of face-to-face interviews could push him into obsolescence. Building off last-year’s post-streetwear revived tailoring trend, suiting’s new face is likely someone who’d cop the Fear of God x Ermenegildo Zegna collection both for its modern appeal and moderately classic yet not dated silhouettes. He’s also someone, perhaps for the visuals or brand recognition, who might seek out one of those wider-cut, double-breasted numbers Dior Men and Louis Vuitton unveiled at the end of 2019. While it’s quick to dismiss someone like this as a Millennial or Gen Z’er with a short attention span who’s glued to TikTok right now, this approach is how the new generation of consumers are viewing suiting: part staple, part style, and only partially tied to the classics. A Brooks Brothers’ suit, in turn, is too much of a staple and doesn’t fully account for style. 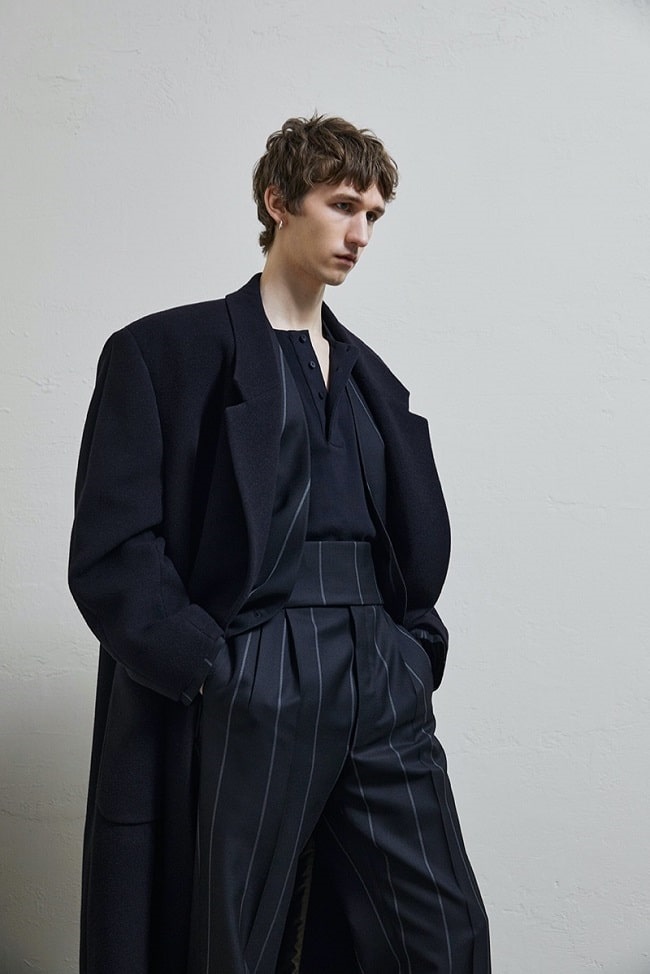 As an economic embodiment of this, looking too wistfully at the past means you can’t deal with the present. A Robb Report feature highlights how the tailoring industry – more small-scale stores than mall retailers like Men’s Wearhouse – are adapting to the current conditions. Specifically, those who build their business on made-to-measure clothing have carved out home workshops for cutting, are conducting appointments via Zoom or Skype, and rely on existing client files to produce garments. The result could be temporary, with tailoring shops eventually taking an approach similar to what barbers and hair salons are doing, or may shape, at least in the not-so-far-off future, how made-to-measure suits get created.