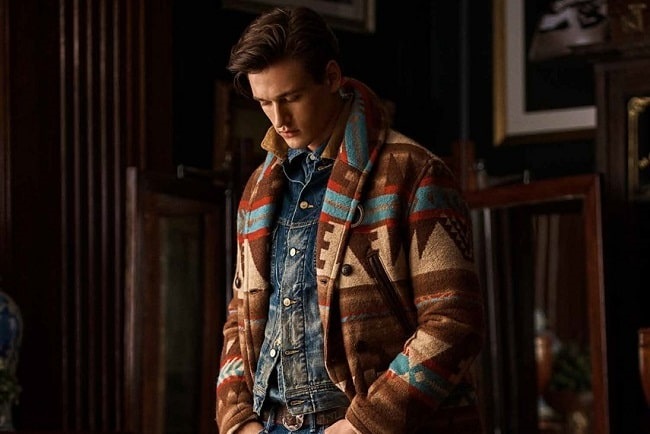 It feels like the Autumn/Winter 2020 presentations ran back in a different era. We got our first glimpse in January, with Fashion Week events extending into early March. Yet, foreshadowing the present, some designers pulled out of Milan or introduced their collection without an audience. The follow-up for Spring/Summer 2021 took several forms, from digital to outdoors and has introduced the question, “How will the scattershot nature of Fashion Week affect the menswear industry?” We’ll have to wait for that effect to fully unfold. Yet, with autumn about to arrive and fashion houses unveiling the trends we started to spot back in pre-pandemic times, upcoming AW20 trends feel like you’re reminiscing a distant memory. At the same time, much of what we should expect for autumn is almost back-to-basics, as if the streetwear-influenced, hypebeast-esque styles of the past five years are clearly in our rear view mirror.

Over the past few years, we’ve seen this timeless fabric get a full range of treatments – bleached, ripped, covered in splatter paint, or reworked into a moto silhouette. Now, though, whether you’re looking for a quality pair of jeans, prefer double denim, or are holding onto your overalls, it’s all about durable, indigo-dyed materials, no matter how you literally cut it. Specifically, we’re seeing selvedge and raw denim, dyed in mid to darker hues with an absence of fading and distressing. Adding to the nostalgia factor, boot cut to wide-leg skater and cargo fits reflect how denim used to be in the ‘90s. 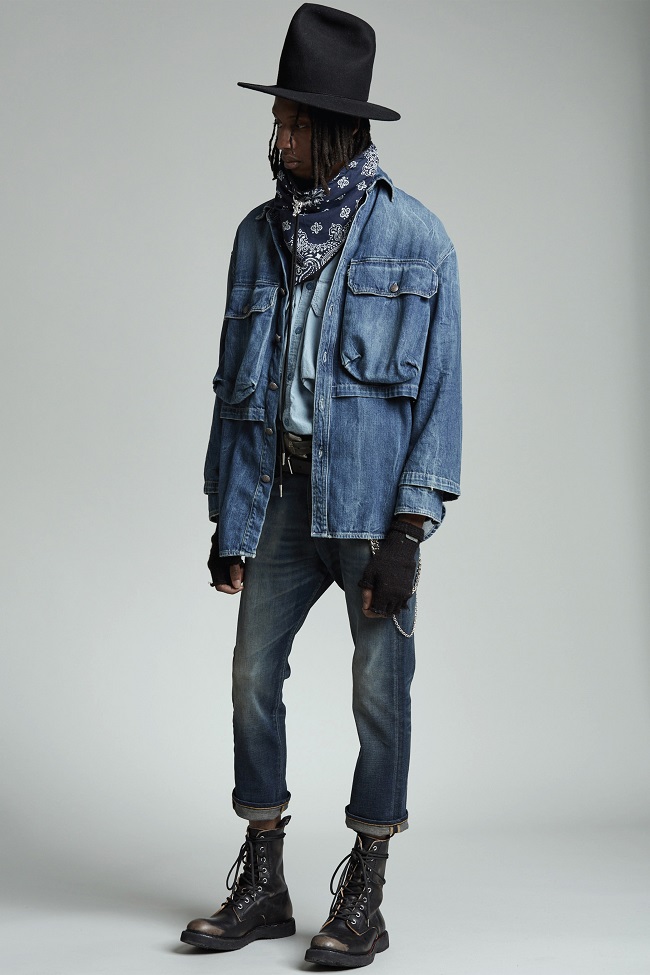 When we picture red garments of any kind, it’s of a fiery shade that works on very few skin types and, frankly, looks and feels a bit loud. Yet, either side of this extreme softens the hue a tad. Toward the direction of burgundy, mixing in a bit of blue tones and darkens its intensity, while moving toward pink and fading the patina gives it a brick-like shade that feels both strangely bright and oddly neutral. Whatever name you wish to give it, these cooler, muted versions of red are everywhere without seeming like a heavy-handed trend – covering suits and overcoats, on shirts and in patterns, and as a rusty-tinted alternative to tan chinos. If you’ve ever told yourself you can’t pull off this colour, now’s the time to try it, especially in contrast to a denim shirt or black leather jacket. 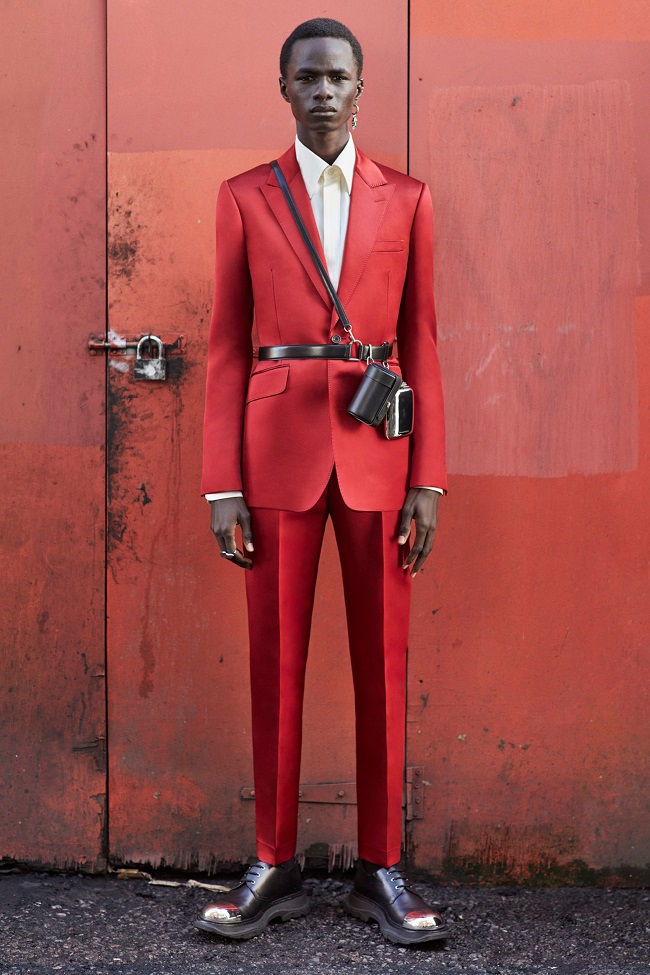 Don’t think of it as a compromise. Instead, oversized cardigans are basically the best of everything. An open-front design lets you drape it over whatever you’re wearing. It’s a last hurrah (or maybe a next stage for) chunky and athletic knits that have persisted over the past couple of years. And, instead of staying square, it dives into the graphic knit trend from last year. Plus, wherever you are, whatever you’re doing, it’s always seriously cosy without looking too shapeless.

Last year set the template, and this year, everyone who wasn’t Louis Vuitton and Dior Men ran with it. To some extent, it’s hard to see where this specific suit fits. It’s not formal, but neither is it casual, and its cut doesn’t have the dapper flair of those patterned party suits we spotted back in 2018. Yet, the oversized silhouette, with its double-breasted or cross-over front, angular shoulders, and trousers that balloon from the hips down to the ankles, is today’s leisure suit spliced with a bit of New Wave and, frankly, makes tailoring fun again. 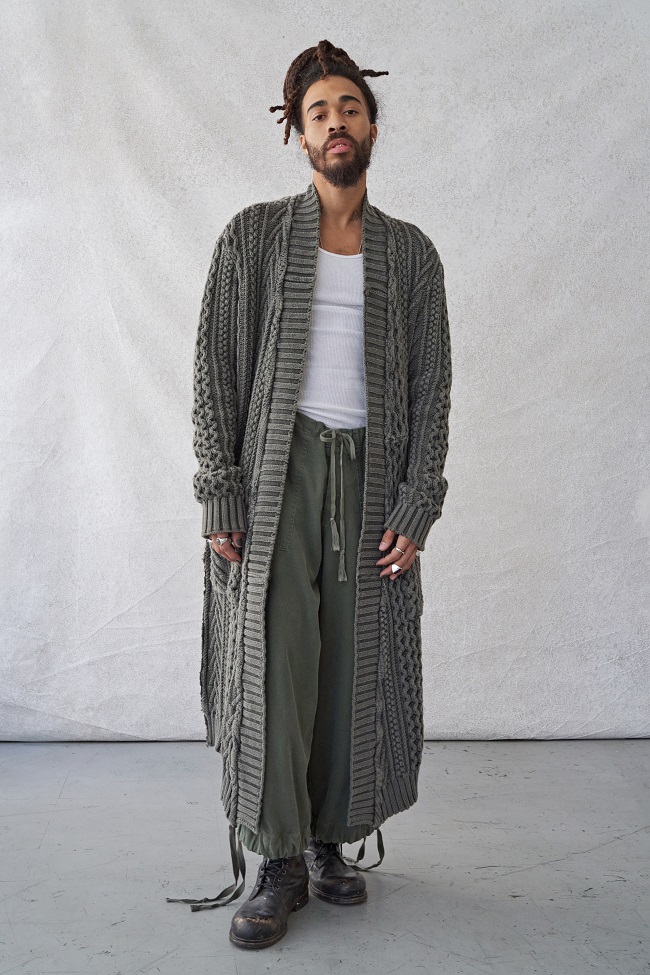 You can say corduroy’s revival occurred officially two years ago. Designers, however, played it low key and subtle, with fine wales adding a bit of texture. You could’ve considered it the rugged alternative to velvet and admiration for the ‘70s without the brown and burnt orange tones. Now, though, corduroy has found its footing and embraces its tactile nature. We’re also taken back to the ‘90s a bit with chunky, wide wales you can spot at a distance that seem both oddly soft yet ridged. As an upgrade this time around – and perhaps a sign we’re going to be seeing way more of it in the years to come – we’re spotting corduroy in full-suit form and in plenty of non-traditional colours.

That ‘70s revival from a couple of years ago presented the sanitised movie version of the decade, full of shearling and denim and slightly flared corduroy trousers in brown, olive, and orange hues. AW20 gives us the glam rock version, that’s a bit Rolling Stones, a bit Ziggy Stardust, and all-around modern androgynous fabulousness pulled from Harry Styles’ closet. The trick is being equal parts brazen and like you haven’t given gender a second thought. For one, the fit starts with more oversized garments – think shaggy faux fur coats and long jackets covered in diamonds that look and feel both louche and futuristic. Extra points if you can pull it off in a bright green or pink shade. Then, on a more accessible level, there’s the silk shirt, perhaps with a placement or face print. It flows down past your hips, perhaps with an uneven hem, appearing as part dress and part pirate getup, with ruffles or even balloon sleeves for embellishment. Or else, you tuck in the voluminous silhouette with a high-waist, slimmer cut trouser that contrasts with clean, sharp lines. 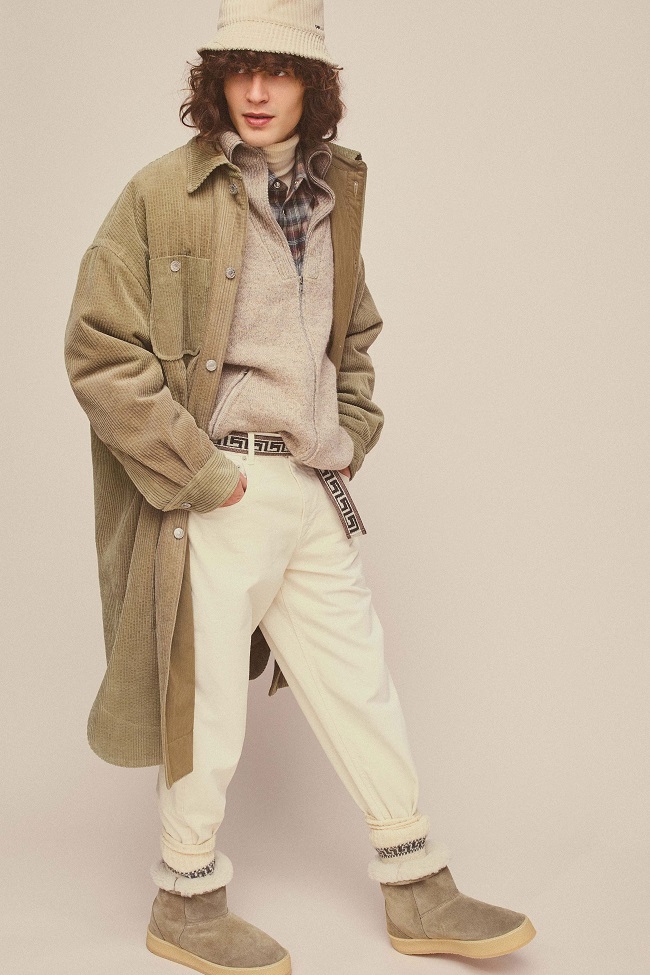 With a harness around your torso and pockets on your trousers, shirt, and jacket, you look like you’re going into battle for a world still worth fighting for. Back in January, that imagery likely wasn’t the intention, but exaggerated utility features – ornamental harnesses and extra or oversized pockets – play up the military angle. In this case, standard cargo and flap pockets appear too straightforward. The look, essentially, is ultimately rugged camp and the reuse of something practical for the pure purpose of being impractical.