“READING GIVES US SOMEPLACE TO GO WHEN WE HAVE TO STAY WHERE WE ARE.” ? MASON COOLEY 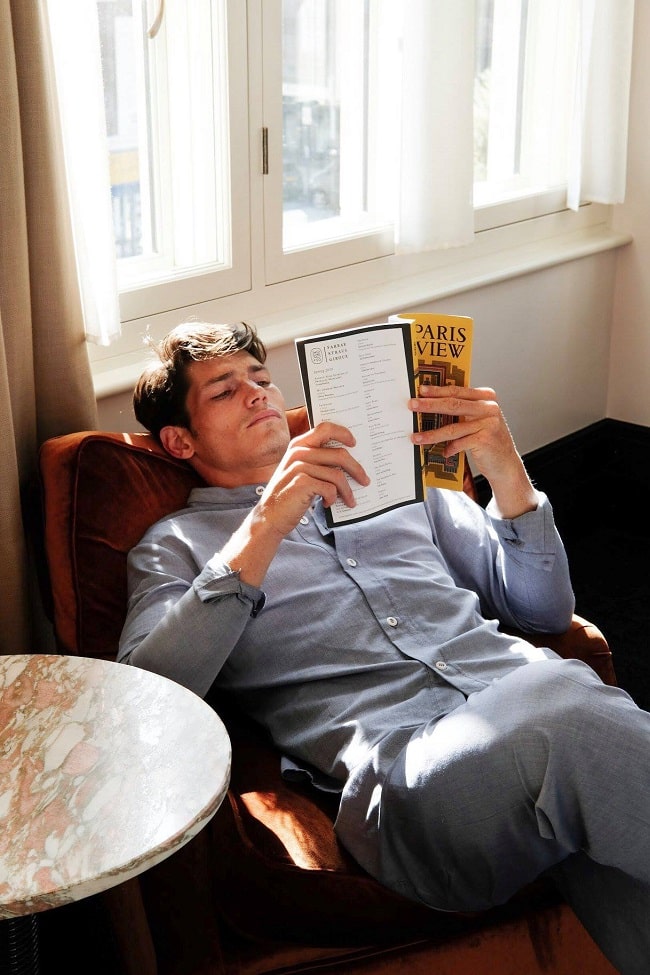 The United Kingdom is home to some of literature’s most famous names, writers and fictional characters alike. From Sherlock Holmes to Harry Potter, Winnie-the-Pooh to Peter Pan, this truly is a nation that is rich in culture when it comes to our literary success. British cities have been a great source of inspiration for many of these renowned writers. The streets and its people have helped imagination and creativity flow, resulting in incredible tales that are ingrained in the history of this country.

Holidu, the search engine for holiday rentals, decided to draw up a ranking of the British cities that have been mentioned the most in our literature of the past 120 years. The ranking was formed using the database of the Google Books platform, Ngram Viewer, which holds a library of more than 25 million books. For many, reading a book means travelling with the mind and exploring unknown places, which is the perfect substitute for times like now when physical travel is restricted. Be ready to get stuck into these bookish delights! 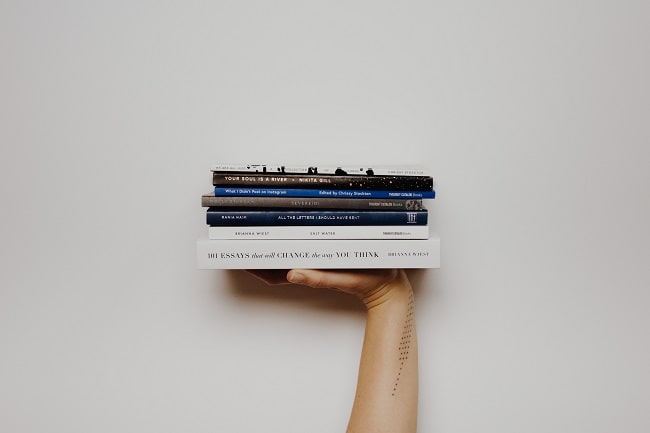 The first place is, unsurprisingly, won by the capital. Google reveals that the Big Smoke is the most cited among the British cities in the ranking, totalling a whopping 270,209 mentions! ‘The streets of London have their map, but our passions are uncharted. What are you going to meet if you turn this corner?' is a quote by Virginia Woolf, one of London’s most famous literary residents, in her 1922 novel, ‘Jacob’s Room’.

Reading recommendation: ‘Nineteen Eighty-Four’ by George Orwell (1949). This dystopian social science fiction novel set in London explores issues including how the government can control the thoughts and lives of people. This is a classic that has been part of the literature studied in high school English class ever since it was released but is definitely one that should be re-read again.

Oxford is known worldwide for its prestigious university and its offering of literary greats are not few and far between. Many of Britain’s most successful academics have spent a period of their academic life at Oxford. Famously, between the early 1930s and 40s, an informal club was formed to discuss literature. Named The Inklings, this group of literary enthusiasts included C. S. Lewis and J. R. R. Tolkien.

Reading recommendation: ‘Last Bus to Woodstock’ by Colin Dexter (1975) This is the first of 13 crime novels which follow detective Inspector Morse and his mystery solving in and around Oxford. The much-loved saga was also adapted into a hugely successful TV series in 1987, which ran for 13 years and remains a British favourite to this day. 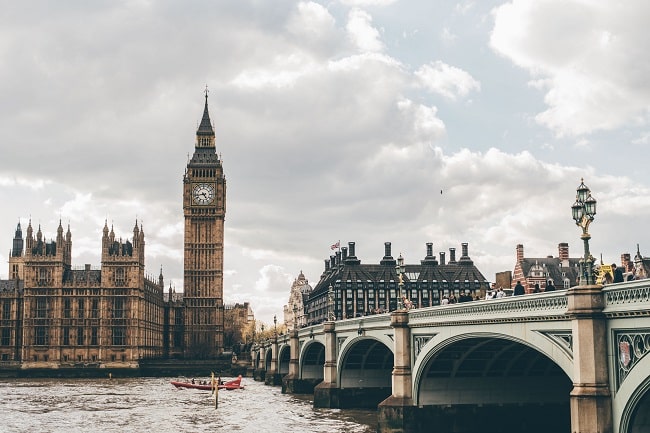 Clinching third place is another of Britain’s prominent homes of academic success. Cambridge scores 20,011,779 mentions in literature since 1900, with many influential books being set here, including Frederic Raphael’s ‘The Glittering Prizes’ (1976) and detective novel ‘Case Histories’ (2004) by Kate Atkinson. Cambridge Literary Festival is taking place at the end of this month (virtually, of course), from the 19th - 22nd November, featuring talks by Matt Haig and Jacqueline Wilson.

Reading recommendation: ‘Porterhouse Blue’ by Tom Sharpe (1974) This novel is a satirical look at the life of students in Cambridge and the struggle between tradition and reform. This is dubbed as a must-read for any prospective Cambridge University student, or simply anyone interested in comical look into its history.

Famous primarily for its music scene, Manchester’s cultural offering doesn’t end there. Mentioned 14,622,788 times in literature since 1900, this city frequently captures the hearts and minds of many writers. The two arts often intertwine, with examples such as Peter Hook’s ‘Substance: Inside New Order’ (2016) which looks directly into the success of one of Britain’s most influential bands of the 1980s: New Order.

Reading recommendation: ‘So Happy It Hurts’ by Anneliese Mackintosh (2017) This fun and quirky novel follows the life of thirty-year-old Ottila McGregor who lives in Manchester and is determined to change her daily habits and routine in order to be exactly as the book says: so happy it hurts. 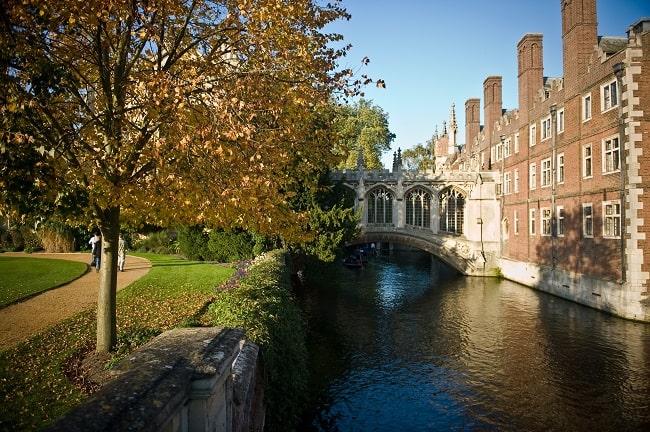 It’s not surprising that the Scottish capital of Edinburgh sits high up on this ranking, and rightly so! From Muriel Spark to J.K. Rowling, Irvine Welsh to Arthur Conan Doyle, Edinburgh's historic old town has inspired a wealth of incredible writers over the years, who have either set their stories in the Auld Reekie or simply absorbed the atmosphere of the city whilst writing their novel. Book Week Scotland 2020 is taking place between the 16th and 22nd November and its various program events will all be available to join online.

Reading recommendation: ‘Trainspotting’ by Irvine Welsh (1993) This gritty novel is set in the late 1980s and tells the story of a group of Leith residents and their experiences with addiction. Written largely in Scots dialect (don’t be put off!), Welsh sets scenes in various locations around the city and this novel gained great critical acclaim in the country, with a film adaptation being released in 1996.

Not far behind Edinburgh, we have Glasgow. Awarded the title of European Culture Capital in 1990, much of the literature set in Scotland’s biggest city focuses on topics surrounding the often tumultuous lives of the local people, such as ‘No Mean City’ by Herbert Kingsley Long (1935) and ‘How Late It Was, How Late’ by James Kelman (1994), winner of the 1994 Booker Prize. Again relevant, virtual Book Week Scotland 2020 is coming up at the end of this month and features talks from authors, writing workshops and poetry readings.

Reading recommendation: ‘The Dear Green Place’ by Archie Hind (1966) This is an autobiographical novel about a working-class writer who speaks fondly of the beauty he sees in his hometown, the city of Glasgow. This book has been listed as one of the best 100 Scottish novels of all time. 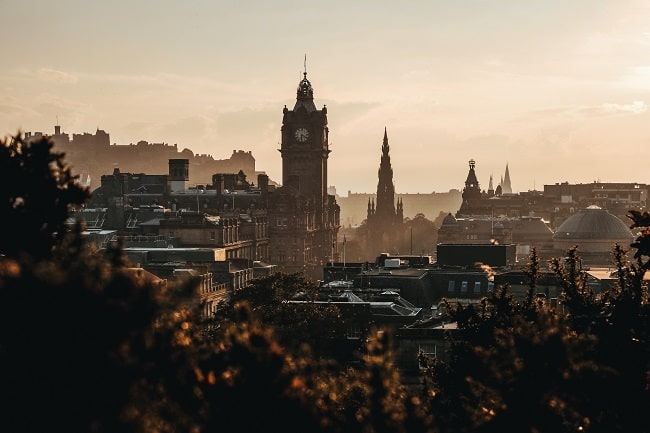 Perhaps Birmingham’s greatest literary claim to fame is J. R. R. Tolkien, the world-famous author of ‘The Lord of the Rings’. Tolkien moved to Birmingham when he was 3 years old and spent his childhood growing up there. Sarehole Mill is one of the many spots that tourists can visit to see a location which is said to have inspired the writer for the Shire in ‘The Hobbit’.

Reading recommendation: ‘The Rotters' Club’ by Jonathan Coe (2001) The story is focused on a group of teenage boys who are growing up in Birmingham in the 1970s, becoming involved in punk rock, girls and politics. Fun fact: the book holds the record for the longest sentence in English literature, containing a sentence of 13,955 words!

Named the European Capital of Culture in 2008, it’s no surprise that Liverpool finds itself in the top 10. One of Britain's greatest contemporary writers, Beryl Bainbridge, grew up in Liverpool and consequently went on to set many of her stories in the city. Encouraging availability of literature to its residents, Read Liverpool is an online database owned by Liverpool City Council which offers free eBooks, audiobooks and magazines to download.

Reading recommendation: ‘The Dressmaker’ by Beryl Bainbridge (1973) Shortlisted for the Booker Prize in the same year it was released, this gothic psychological thriller novel is set in Liverpool during the Second World War and acts as a semi-autobiography as the story is based upon a relationship that Bainbridge herself had with a soldier as a teenager. 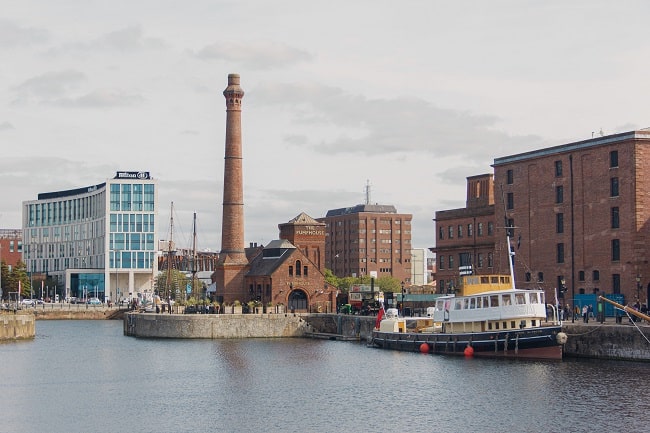 Bristol-born anonymous graffiti street artist, Banksy, published a collection of his finest work in 2006, ‘Wall and Piece’, which includes snippets of text, allowing you to get a peek into his mind and inspirations behind some of his work. David Nicholls’ book ‘Starter for Ten’ (2003) is also relevant to Bristol, as it follows the life of Brian Jackson, a student at the University of Bristol.

Reading recommendation: ‘Keep Him Close’ by Emily Koch (2020) Released this year, this is a mystery drama set in Bristol, and chapters play out at notable landmarks around the city of Bristol. The novel follows the lives of two mothers who try to piece together the events of a disastrous evening.

Finally, rounding off the top ten ranking we have Leeds. Literature wise, the city probably has Chris Nickson to thank for a lot of its mentions, as the author has set over 20 of his novels there! An author born on the outskirts of Leeds is Helen Fielding, the woman who brought us the chick-lit diaries of ‘Bridget Jones’ (1996).

Reading recommendation: ‘A Life Like Other People's’ by Alan Bennett (2009) This is a poignant family memoir from the perspective of Bennett as a child and his experiences growing up in Leeds, including many heart-warming and tragic recollections of his mother's struggle with her mental health and him dealing with deaths of close family members. 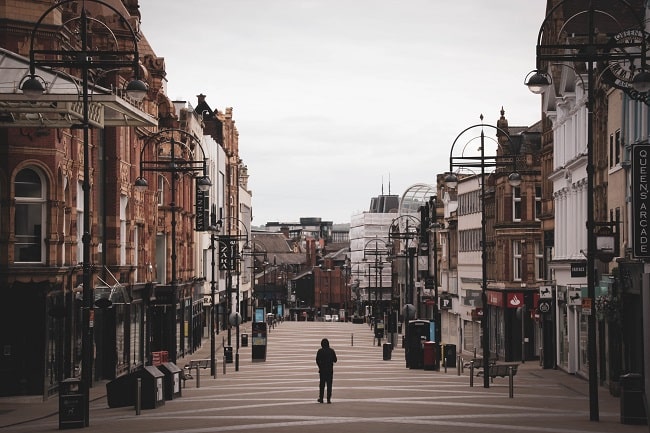