WHAT IS WORK-FROM-HOME BUSINESS CASUAL?

Written by Ivan Yaskey in Get the Look on the 6th January 2021 / What is Work-From-Home Business Casual? 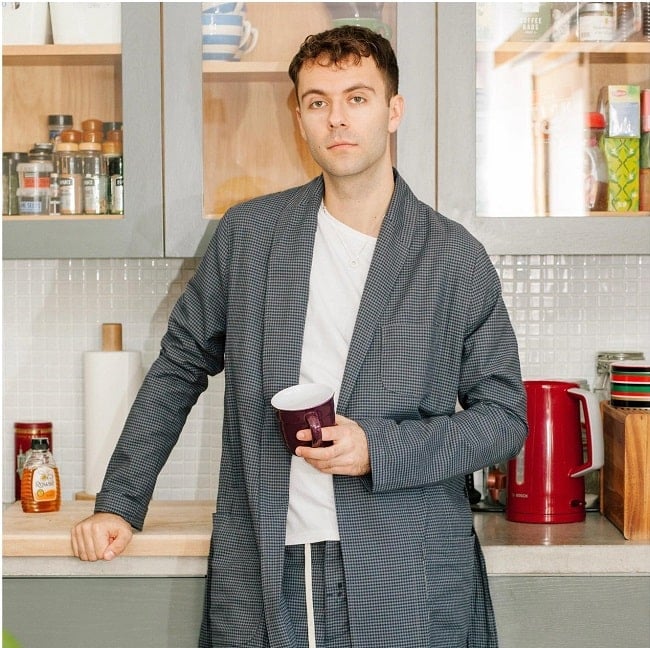 Touching on sweats and a T-shirt as the default work-from-home uniform feels tired and unoriginal this far into the pandemic. Not only has this shift been written about extensively, but even the reverse has happened: after months spent lounging about in athleisure wear, many have started to get dressed up again. Between these two extremes, the “work from home” business casual wardrobe has emerged. No, we’re not talking about the proverbial formal shirt on top with basketball shorts below getup. Instead, a new dress code branching off but clearly influenced by both business casual and smart casual standards has materialised. Its purpose extends beyond Zoom calls. Rather, what’s starting to appear as a permanent, if not long-term, work-from-home arrangement deserves some structure. There’s only so much you can do when you’re doing the 9-to-5 from the couch in your loungewear, and a degree of order has become essential for productivity, motivation, and a sense of normalcy.

You’ve likely read most of the tips so far (or some version of them) for maximising your time from home, be it getting out of the kitchen, carving out a dedicated work area, or putting on shoes and socks. Work-from-home business casual fits within this framework, but it’s less cloying and artificial and more of a straightforward, practical update. So, what does work-from-home business casual look like? For starters, you need to put on some trousers – no sweats, track bottoms, athletic shorts, or pyjamas – and consider your style top-to-bottom. A suit’s going above and beyond, but beginning with something as simple as jeans, looking for a button-down shirt or sweater polo, and then dressing it up with a cardigan sets the tone for the day: you might not be off to the office, but your head’s in the game, you feel like you’re going somewhere with a purpose, and you kick off every morning with a routine. At the same time, work-from-home business casual allows for some flexibility. Depending upon your current arrangement, it’s a dress code that’s comfortable enough for helping your children with their schoolwork or engaging in any other activities to pass the time. It’s also adaptable enough that if you decide to bring in a 20-minute workout routine during your lunch break to address the Quarantine 15, you don’t feel the strong need to change your threads. Because we’re all fulfilling multiple roles right now often from the same space, work-from-home business casual is adaptable at its core. To achieve this middle ground, here’s where you can start: 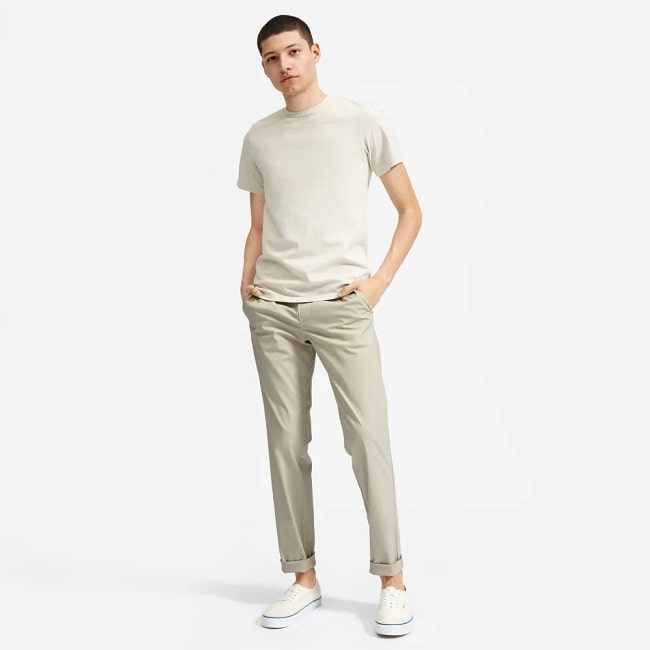 Find the Balance Between Presentable and Comfort

Earlier this year, we highlighted the sudden trend of chinos with drawstring elastic waists. They were – and still are – the paradigm hybrid garment precisely for this reason: the exterior, down to its classic appearance, is unassuming in an ordinary business casual sense, while the drawstring waist eliminates the last truly restrictive aspect, once you account for spandex-infused fabric. Drawstring chinos, on this note, aren’t just a compromise: they’re a do-it-all, multi-situational style that embodies the lives many of us are living – as workers, teachers, parents, and spouses or roommates doing mostly everything out of the same collection of rooms. Although you might start the day with traditional business casual and change into sweats once five o’clock passes, it’s a move that feels a bit excessive and pretentious at the moment. If your clothes can do it all (and be almost everything), at least one aspect of your life seems simplified. On this note, drawstring chinos aren’t your only choice between traditional dress trousers and sweats (or pyjama bottoms). Jeans have started seeing a resurgence recently, partially because of their inherently casual nature but also because, unless yours are ripped beyond recognition, they’ve been acceptable smart-casual for about the past eight years. It’s a simple, no-brainer move that reflects a degree of normalcy in a still-uncertain time. 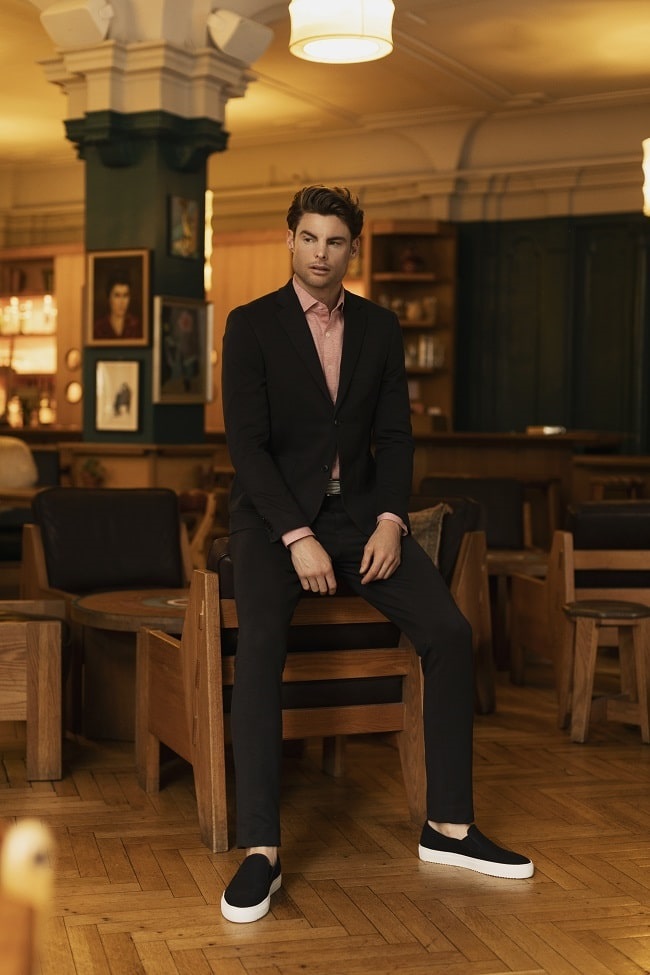 The next time you’re on a Zoom call, take a look at all of your coworkers dialling in – not just at their faces but also at what they’re wearing. Chances are, you’ll spot some men's T-shirts, fleece, sweatshirts, and hoodies, plus a few ball caps among your male colleagues who have yet to figure out a grooming strategy. Yet, while a similar choice of attire might have been warning-worthy close to a year ago, work-from-home business casual folds in a greater degree of leeway: as long as it fits, is clean, and has no holes, it’s generally fine for an in-house call. With clients and customers, though, you’re still expected to up your game – although not to the same degree as before. You might want to leave the blazer and full-on suit in your wardrobe – it looks a bit off when you’re calling from the living room or kitchen, anyway – and upgrade your look with a shirt or a slim knit polo. Adding a cardigan or sweater vest on top is an option if you feel too bare or are looking for ways to reasonably polish up your basics. 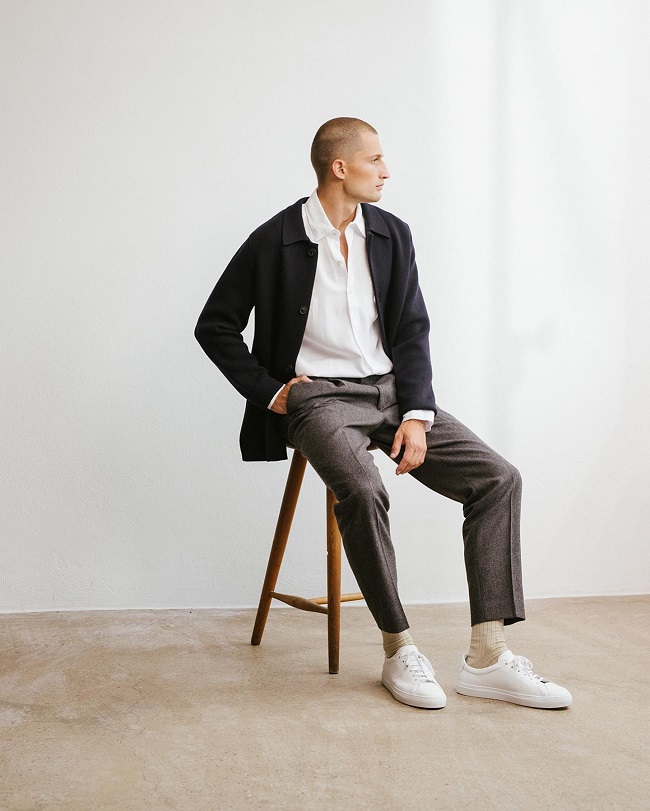 It’s All About the Fit

Right now, the dividing line between being precisely put together and looking like you just rolled out of bed is the fit. While runway trends now lean toward oversized, slim- to medium-cut rules for the at-home office. Even T-shirts and sweatshirts need to have definition, rather than bag around your frame. The preference is more toward approximate tailoring. We’re not suggesting you have every casual piece hemmed and fitted by a professional right now. Rather, take an assessment of your wardrobe: if a garment pinches or constricts certain areas, if you spot buttons straining, or if it just hangs around your torso or lower half, it’s likely not made for a meeting. While, by yourself, you have freedom of choice, the way your garments fit can end up setting the tone for the day ahead.

No, Crocs don’t count – and neither do slides, slippers, or flip-flops. We’re talking about bona-fide you’ve-got-to-lace-it-up footwear that requires a pair of socks underneath. It’s a small signal that you’re getting ready for something – and don’t have the luxury of sitting on the couch all day. 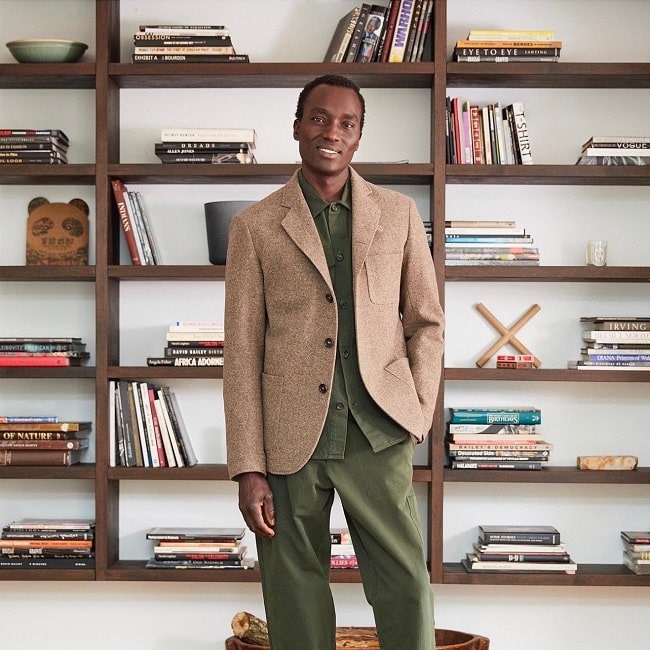 Has your #WFH wardrobe become a little smarter recently? #style