MIXING AND MATCHING IS THE FUTURE OF TAILORING 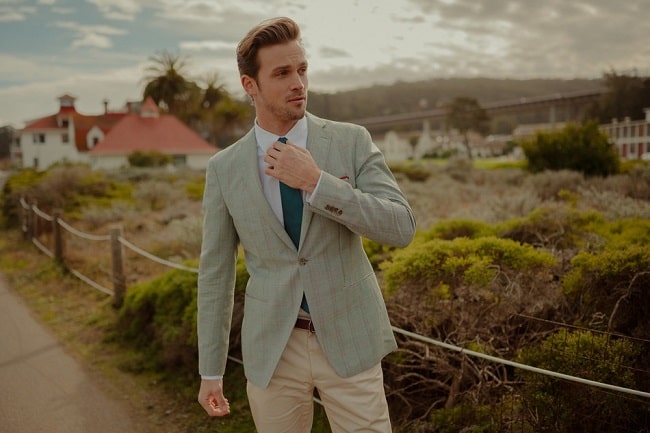 Perspectives of suiting seem entrenched in the past, adoring the slimmer, job-uniform connotations of the mid-20th century and now warming to the leisure-suited inclinations of the ‘70s and ‘80s. But, both periods share a common ground: The suit is viewed as a single entity, with all parts put together. It’s like a jigsaw puzzle or Russian nesting doll – all pieces simply fit, and when something’s missing, you can tell. So, with the uncertainty of traditional tailoring, where does suiting stand? On one more visible side, tailoring’s revival emerged roughly two years ago with the (falsely) predicted demise of streetwear.

But, once you look past the runways and flashy promises of Instagram, the other side is the mix-and-match world of suit separates. It’s not the most interesting or engaging topic. Yeah, you can split up a suit into two and coordinate it with the rest of your wardrobe. It has treaded past wear at this point, and reflects how, at least for High Street and fast fashion, many of us buy a suit now: Unless you’re willing to go bespoke, this is what you have. Still, despite the promised versatility, mixing and matching suit separates isn’t as easy as it sounds. Fabrics and cuts aren’t interchangeable, and you can transform quality materials and refined style into a bargain-basement grab-bag. 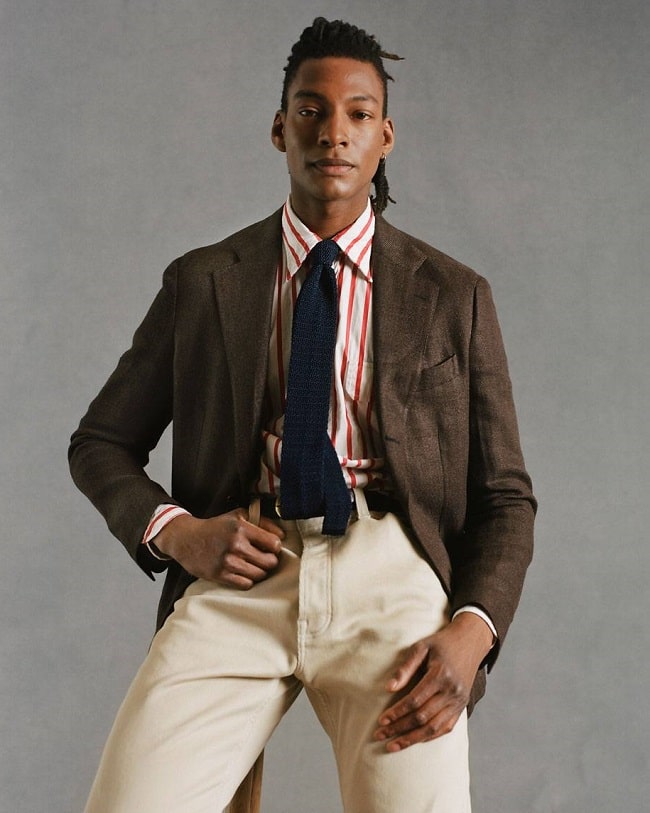 The Origins of Suit Separates

Suit separates seem like a logical response to traditional tailoring’s gradual evolution: We’re not wearing them frequently to work, so you have to find another way to repurpose them. That’s all and good, but the character goes back to Spezzato, an Italian trend not far removed from sprezzatura that involves pairing a solid-colour suit jacket with trousers in a contrasting shade. We’ve all spotted this look at some point, in any year, at a street-style photo roundup from Pitti Uomo: Someone captured has on light, but not quite white, trousers, perhaps made of linen, due to the textured nature of the fabric. A blue shade, not exactly navy but not bright enough to be cobalt, captures that quintessential Mediterranean combination, of white stucco somewhere along the Italian or Greek coastline starkly contrasting against deep blue waters. It’s inspirational, no matter what’s being presented that year on stage, and both photographers and viewers can’t get enough. Yet, not every suit’s meant to be broken up. There’s a reason why you rarely see patterns in these street photos: Pinstripes, checks, and even florals tend to seem cohesive together, often forming a continuous line from the collar to your ankles. Although embroidered and printed blazers promise this combination with chinos or jeans, a top-to-bottom ensemble feels truncated when you separate it out. Instead, it’s those classic shades many now seem to be shying away from that prove their worth when divided up. Think navy, grey, and charcoal, perhaps with tan or even a light blue. 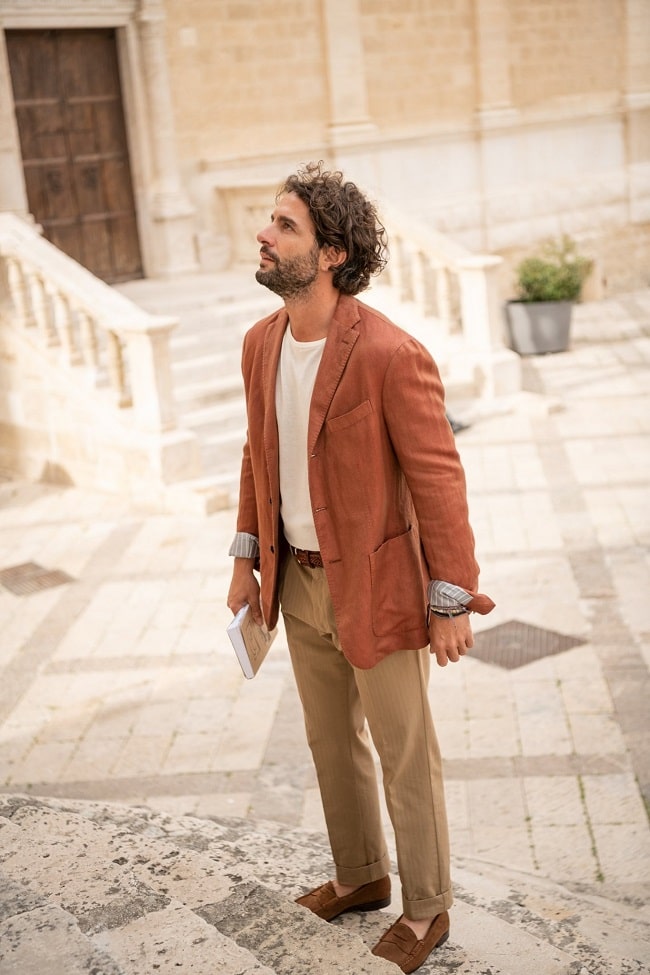 How to Mix and Match Suit Separates

To successfully coordinate the trousers and suit jackets in your wardrobe, get started with the following tips:

Consider Fabric Weight: We’ve touched on what winter fabrics are and what goes into a summer suit. At the most basic level, fabric weight and weave define these two distinctive categories. As such, consider pairing your suit separates on a seasonal basis: Avoid mixing your linens and wools, or else, you’ll create a significant disconnect between your top and bottom halves.

Understand the Dress Code: There’s no need to circumvent the obvious: Suit separates don’t fall under formal dress codes, like black-tie dressing. Rather, they flit among the nebulous realms of business and smart casual and cocktail dress, where vibrantly coloured or patterned suiting has already found a home. In turn, if you’ve ever thought a full-on navy suit was overkill for these affairs, splicing it with the tan or light grey one in your wardrobe takes it down a notch. At the same time, your suit separates provide the framework, but the rest of the rules matter, too. Smart casual presents that opportunity to bring out a polo or fitted T-shirt to wear underneath, and even dress sneakers fit the bill. For cocktail dress, this errs on the casual end, and a button-front or knit shirt, plus a pair of Oxford shoes, better aligns with expectations. However, in thinking about work dress codes, avoid suit separates if your office has a strict or even occasional business dress policy. You’ll find yourself appearing as if you don’t fully understand professional expectations or intentionally subverted them. 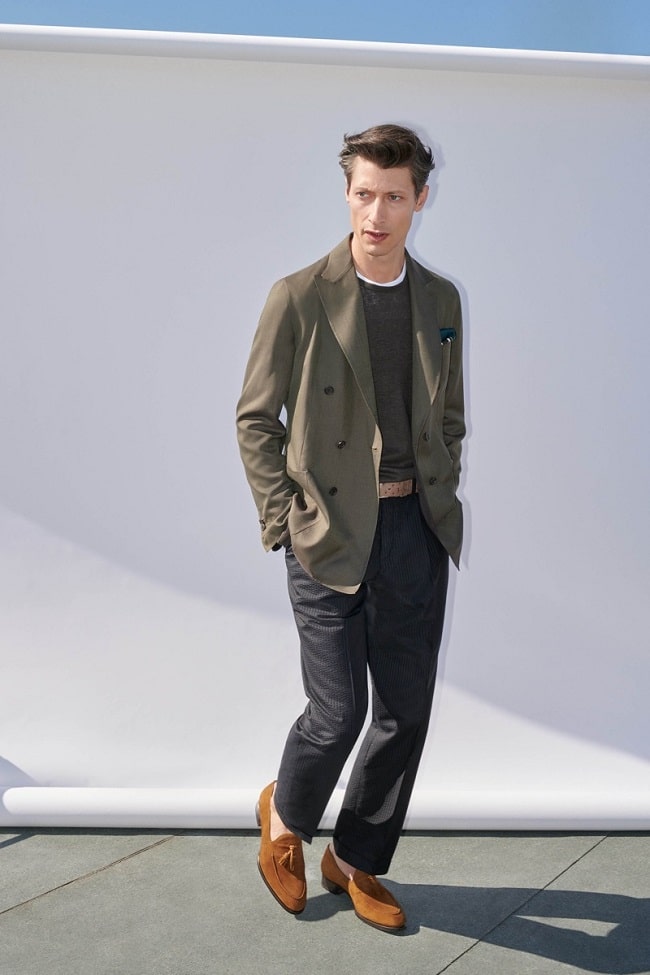 What About Three-Piece Suits?: Most advice for experimenting with suit separates assumes you have a series of two-piece ensembles in your wardrobe. Truth be told, this pairing remains the dominant suit silhouette, with three-pieces reserved for more formal affairs. Yet, three-piece suits lend themselves to a moderate degree of mixing and matching, within reason. Assuming you have a solid-colour variety hanging in your wardrobe, you can swipe out the matching waistcoat for a coordinated yet contrasting shade or print – although something too bold makes you appear like an American teen heading off to prom. Then, each piece, to some extent, can stand on its own merits, offering either statement appeal against a solid-colour shirt or the elegance and luxury of a more refined fabric, like tweed or worsted wool.

How to Wear Suit Separates

So much can go well – yet so much can also go wrong. Much of the pairing centres around how well fabrics and colours complement each other. Yes, avoid mixing warm- and cool-weather fabrics, but what else? For one, be alert to the suit’s tailoring. While more spacious cuts have returned, avoid mixing your voluminous double-breasted blazer with skinny trousers. Rather, keep the fit consistent between both halves, as this leads to a sense of cohesiveness. Without it, you’ve returned to rummaging through the bargain bin. Secondly, while we’re all being presented with more suit options – Florals! Bright colours! Checks! – understand what you’re working with. Keep the colours toned down – unless you have a singular statement shade – and avoid breaking up a patterned suit. It’ll look like you cut off one side and left it hanging. Instead, know your pool of tools: Keep to more neutral colours and the occasional statement shade, and vary fabric textures within fabric weights. Know which pieces simply gel with each other – and which look majorly mismatched. From here, the following pairings are common: 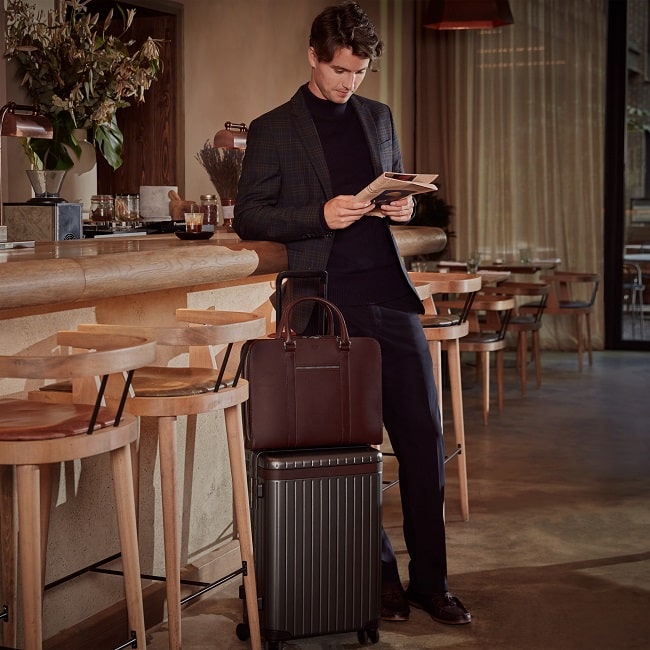 Double Up on Neutrals: Select one neutral suit jacket, and pair it with a different set of neutral trousers. It can’t get any simpler, especially when you’re working from a narrow spectrum of shades that all complement each other. This itself is Spezzato in its most straightforward interpretation.

Tonal Dressing: And, they say you can’t do much with a black suit, except wear it to funerals. Whether you want to call it tonal or monochrome, staying within the same colour spectrum revolutionises a typical by-the-numbers pairing. Whether you go with black and grey or veer toward navy and sky blue, contrast automatically emerges from this degree of variance. As a tip, don’t select shades too similar in hue – for instance, charcoal with black – as you’ll appear as if you accidentally put on a poorly coordinated suit.

Try a Little Texture: Twill, corduroy, houndstooth, and tweed have all been making the rounds and tend to pull from the same weight of fabric. If you’d like to push the boundaries a bit, rest within the realm of neutrals while adding a second dimension through details. 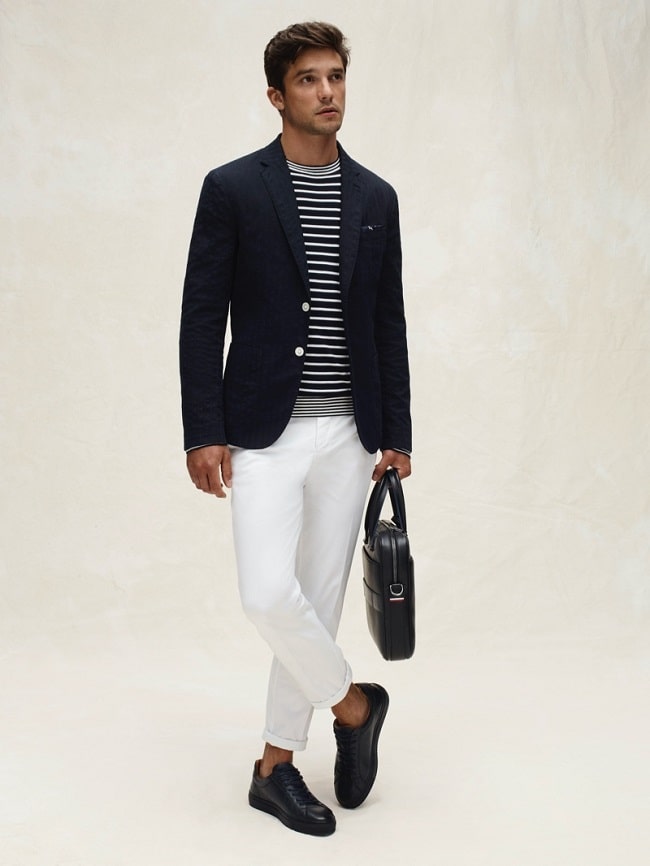