HOW TO DRESS FOR A SUMMER WEDDING 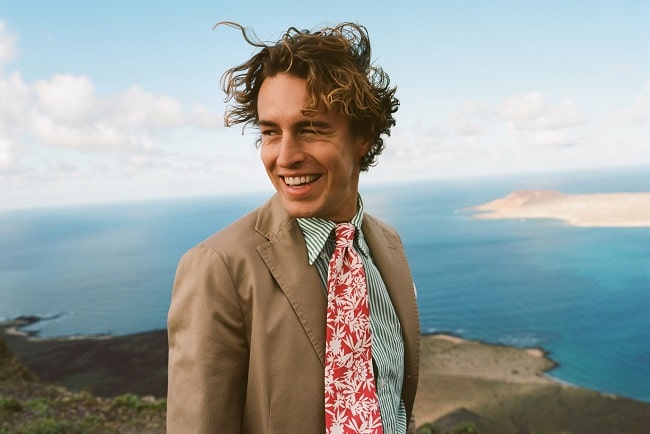 You’ve received the invitation in the mail. Your relative, friend, or even close co-worker has decided to tie the knot, and the date is set for the summer. Although you’re envisioning picture-perfect weather, the question to cross your mind is, “What do I wear?” The rest of the year, the wool suit in your wardrobe has you covered – although some creativity may be a bit warranted. Summer weddings are an entirely different beast. Unless it’s a destination wedding taking you somewhere far north, you’ll be contending with sun, heat, and a ceremony and reception held nearly entirely outdoors. Wool suits, in this case, won’t go, especially if you’ll be off to the Caribbean or Balearic Islands. So you’re not looking underdressed in chinos and a shirt, here’s how to approach summer wedding attire.

No one should actually have to do this. Unfortunately, perhaps due to smart-casual assumptions, not every couple lists the dress code. You could be expected to wear something informal – or someone’s assuming you will show up in a light-coloured suit, ready to stand in some sand for the next few hours. If you’re close to the couple, it doesn’t hurt to ask about their expectations to set things straight. But, if you’re an acquaintance or someone who’s more of a tangential relative, you might need to do some investigation. Right now, you can base your decision on: 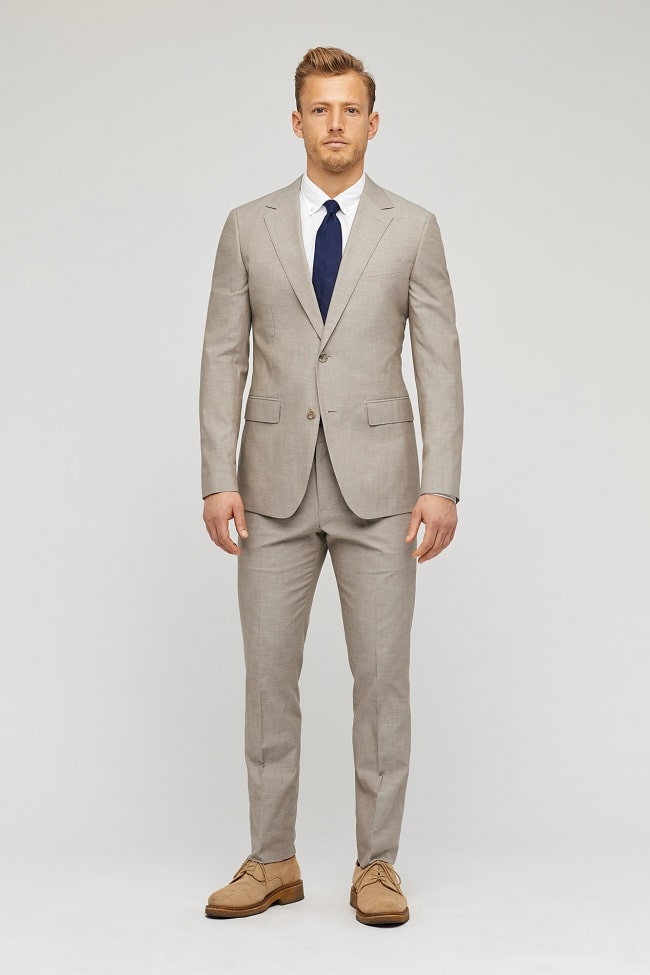 The venue: Is the wedding being held in a church followed by an upscale reception hall, or is it outdoors – or even at a beach? Generally, cocktail or semi-formal has you good to go for a church wedding. Outdoor-only weddings – grass or sand – break this down. Considering the temperature and location, a linen or unlined cotton summer suit, in a lighter hue, fits the occasion.

Location: Summer, for some, means a destination wedding. You’ll be jetting off over a few countries – or an entire ocean – to stay in a hotel, assist with event preparation, and then eventually stand on a beach to watch the couple say their vows. Occasions like this shape your wardrobe for the affair: As such, if you’re headed to a warmer - if not tropical climate - prepare with a linen suit and a lightweight dress shirt. The closer to the equator, the more breathable the material should be. 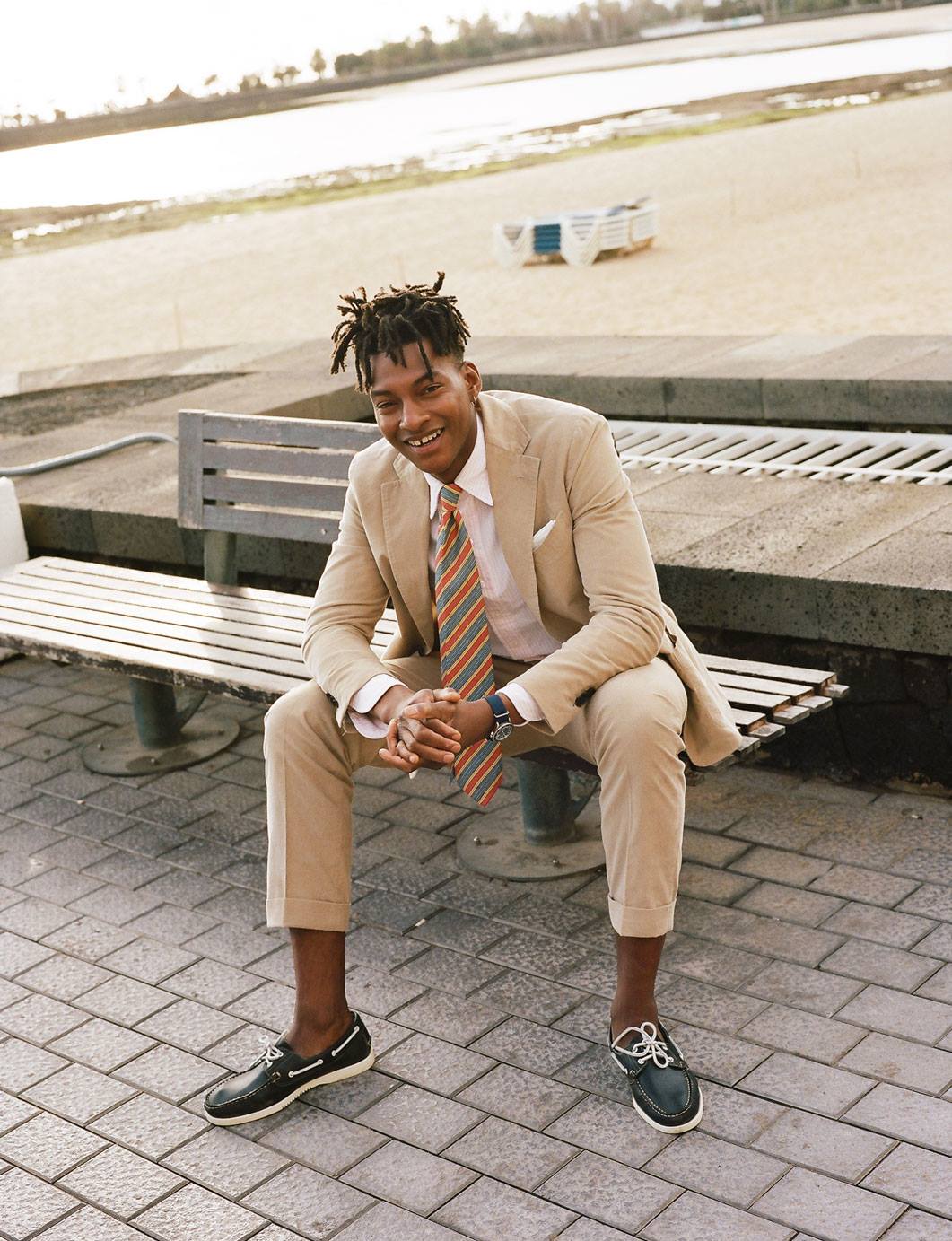 If a Dress Code is Stated

What if the couple specified a dress code? You’ll have to filter the location and venue through the following forms:

Black Tie: Contrary to perception, black tie doesn’t translate to tuxedo. Rather, you’ll be expected to show up in a ventless dinner jacket, white dress shirt, slimmer matching trousers, and a tie – bow or knot. In terms of colour, you have a few options instead of black – white is acceptable, as are charcoal and navy.

Formal: Also known as black-tie optional, formal translates to freedom within boundaries. Ultimately, you can show up in traditional black tie or, within reason, take it down a notch to semi-formal – think suit with a contrast vest – or cocktail – a.k.a., a two-piece suit in a less-conventional colour.

White Tie: Rarely will you see a summer wedding calling for white tie, but if it does, understand that this dress code doesn’t automatically mean 'white suit.' Instead, now becoming more of an antiquated and ultra-formal dress code, white tie signifies old-school upper-class socialite expectations. This means a suit jacket with tails – not vents or slits – and a white dress shirt requiring cufflinks. Waistcoats are also expected, as are a tapered pair of trousers and a hand-tied bowtie. 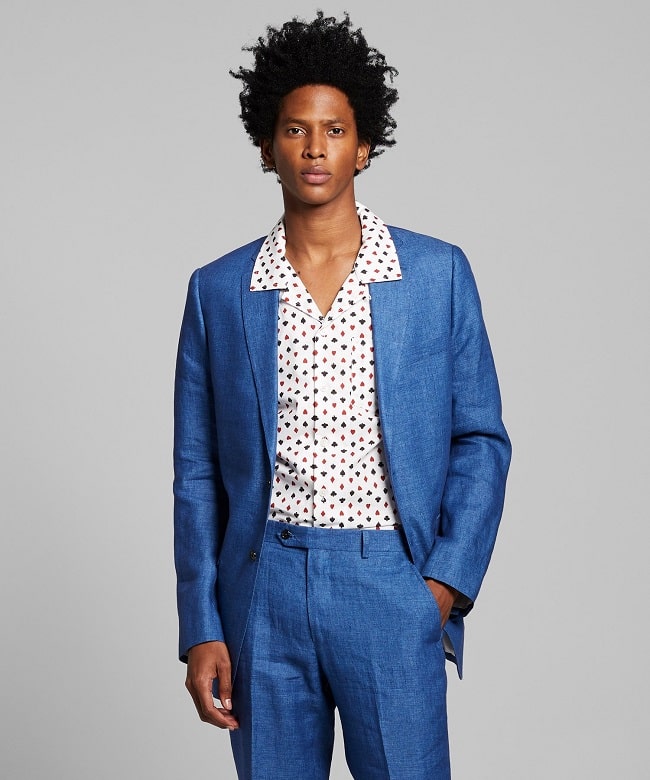 Thinking in line with the dress code, your suit has two jobs – to make you look sharp and keep you cool. One doesn’t outride the other, especially with the sun overhead and the humidity on high. The direct route to breathability is linen, known for a wider weave and more structured appearance. Yet, linen suits have their downsides: The fabric wrinkles easily, and especially if you’re sitting down, you’ll quickly appear disheveled. Unlined cotton is an alternative, straddling the line between comfort and shape preservation. On this note, chambray suits deliver the style of denim but with a lighter feel and better air circulation. A third option – and one that’s growing in popularity – is seersucker. Still considered a Southern American material by reputation, it addresses the heat with cotton construction and a puckered or ridged appearance. The fabric stays above, rather than cling to, the skin and allows air to flow through. From here, think about colour. Off-white and tan tend to be popular for summer weddings – but you may also end up looking like everyone else in attendance. Rather, as an alternative, consider a lighter version of darker, more intense suit colours: mint over forest green, pink over burgundy, lavender or mauve over royal purple, light grey over charcoal, and powder or sky blue over navy. Patterns, too, aren’t off the table. 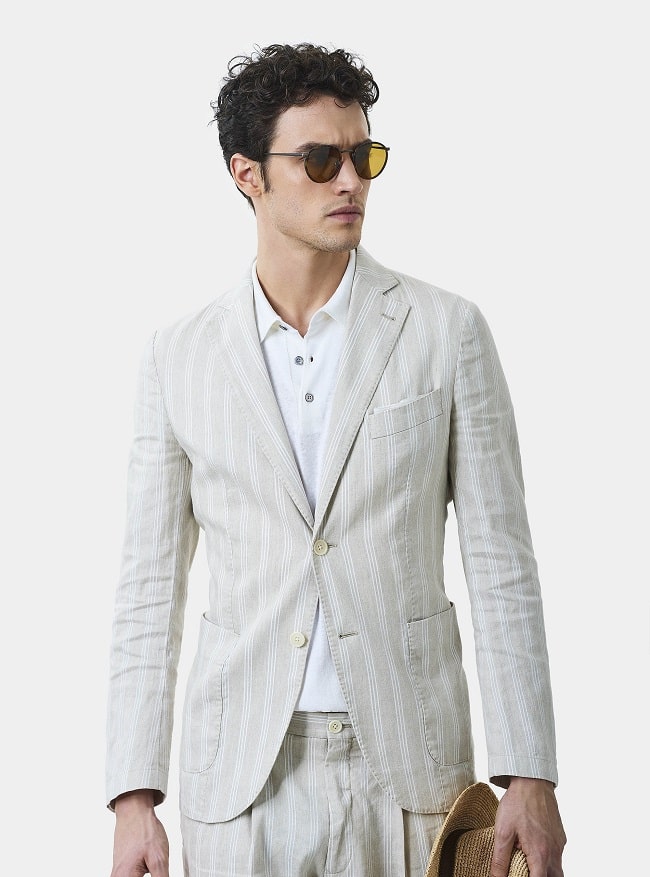 If the dress code leans more toward informal – think cocktail or even a smart-casual wedding – you have more choices through suit separates. Just as long as you don’t mix materials, you can shake up your ensemble and, frankly, look a little bit less beige or pale. As a tip, if you’re thinking about seersucker, consider a less traditional approach. Fine vertical stripes still connote Southern gentleman – or Colonel Sanders. Instead, look for a solid shade or a pattern for a different character. From this point, you’ll want to think about accessories. For any wedding, the focus won’t be on you – rather, it’s all about the bride and groom. Make sure your accessories don’t take away attention from them, so consider toning down the colours, prints, and embellishments. That’s not to say you shouldn’t add a touch of personality. Instead, aim for one item to distinguish yourself, be it a brooch, pocket square, boutonniere pin, or creative pair of cufflinks. 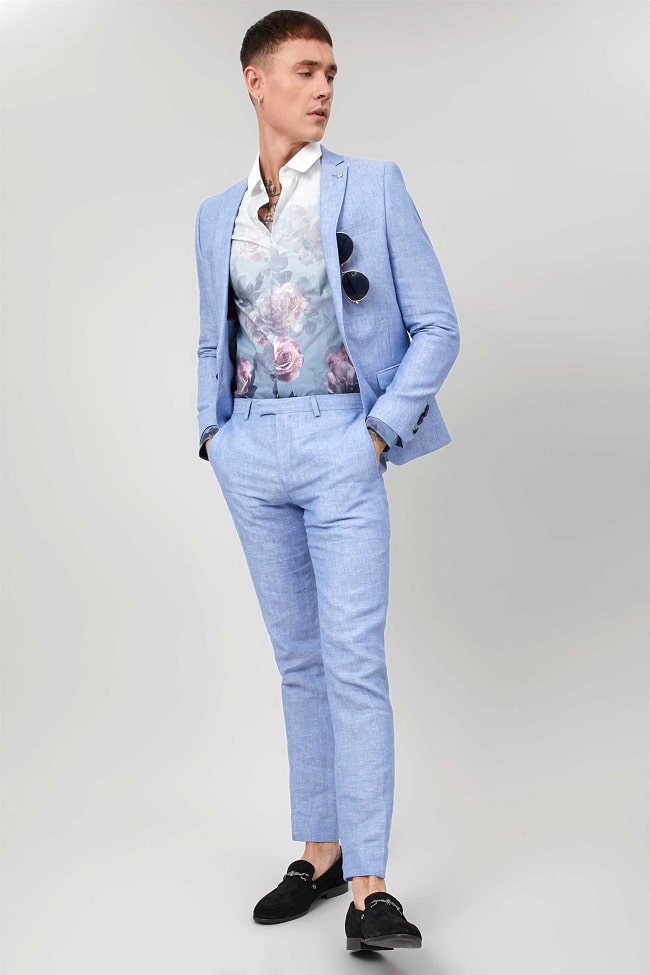 The rule around summer weddings is, if you won’t be appearing at the beach, you show up in standard dress shoes. Traditionally, this entails a set of Oxfords, although for cocktail and less-formal dress codes, derbies, monk straps, and loafers are all acceptable. If you’ll be spending all day at the beach, what then? Here’s where the dress code plays a role. For ultra-casual and even smart-casual, you’ll spot guys in flipflops or going barefoot. Yet, you can’t count on this partial rule, so you’re advised to still bring along a pair of shoes. As a serviceable alternative, thinking about where the wedding will be held, be ready with a pair of boat shoes, lightweight loafers, or dress sandals, all worn without socks. 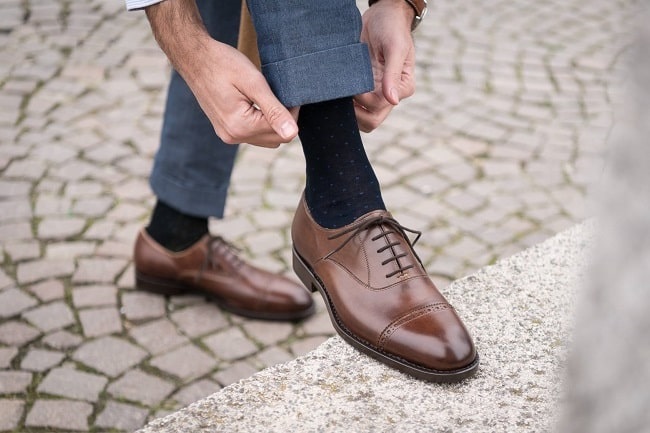