TOO HOT TO FUNCTION? BEAT THE HEAT WITH A PANAMA HAT

THE BENEFITS OF WEARING A TRADITIONAL HAT IN THE SUMMER

Written by Samuel Walters in Get the Look on the 27th July 2021 / Too Hot to Function? Beat the Heat with a Panama Hat 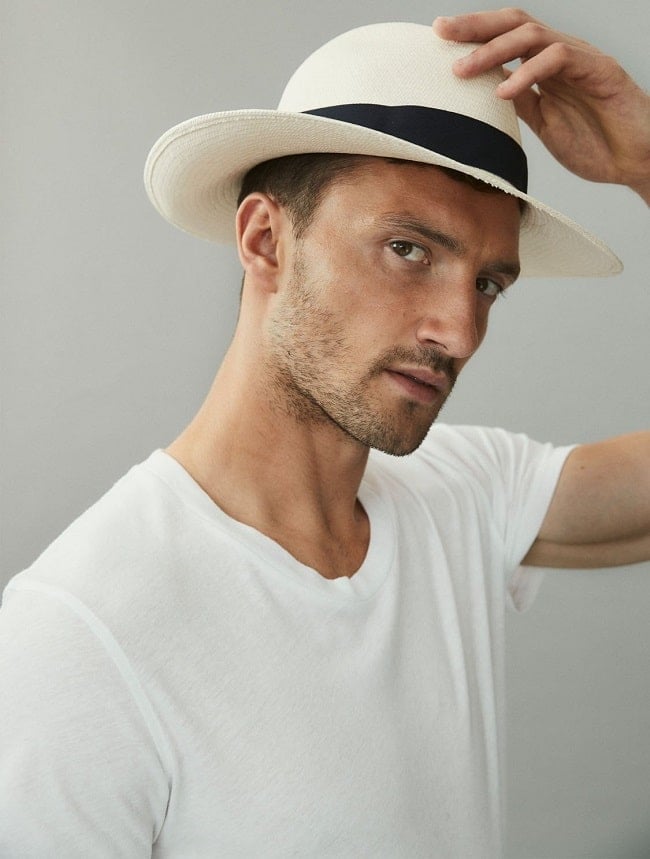 Bucket? Snapback? Panama? This isn’t a secret code. These are all types of hat – types of hat that a man can choose between when the summer comes a-knocking. If you’re anything like me, you’ll steer clear of the bucket hat as it makes your face look fat. And you’ll steer clear of the snapback, along with other variations of the baseball cap, such as the trucker with the incongruous meshy section – they all just feel a touch too American for a man of traditional tastes. This leaves you with the third option: the panama.

I know I may sound like a man who talks a good hat game; but the truth is that I’ve only just discovered the charms of a panama. In fact, I’ve only just discovered the charms of hats full stop. Up until this year I didn’t ever wear them. Believe me, I wanted to! It’s just that I could never find one that fitted. I don’t mean that literally – my head is of perfectly ordinary proportions. I mean that I couldn’t find one that fitted my character. 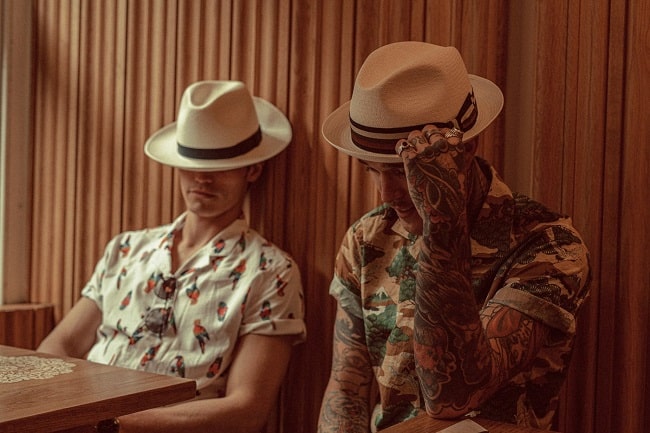 As already touched on, caps are not my bag and never have been, except when I was very young, in the early ‘90s, and wore a denim one backwards. Beanies aren’t my thing either. They just don’t suit me. My face, you see, is quite large. Someone once joked that it looked like a potato. It was said in the spirit of banter, but like all the best banter, it cut deep, and it scarred. I don’t want to resemble Mr. Potato Head from Toy Story! For all that he has an admirable moustache and a smart bowler, nobody could say he’s a looker. When it comes to beanies, no matter the fabric or the colour, they never frame potato-esque faces well: they cover the ears up and leave an unbalanced, doughy mass of face. Then, this Christmas, the hat situation changed forever. Dear old Father Christmas left me a fedora under the tree. I hadn’t asked for it. I didn’t want it. “A fedora…! For me?” Yes indeed. A fedora. Just for me. For all that I’m interested in dressing presentably and am highly sensitive to the message that clothes send out, I’m really no peacock. Sporting a very traditional hat in the year 2021 – with a colourful feather sticking out of it, of all things – was not my idea of a good time. 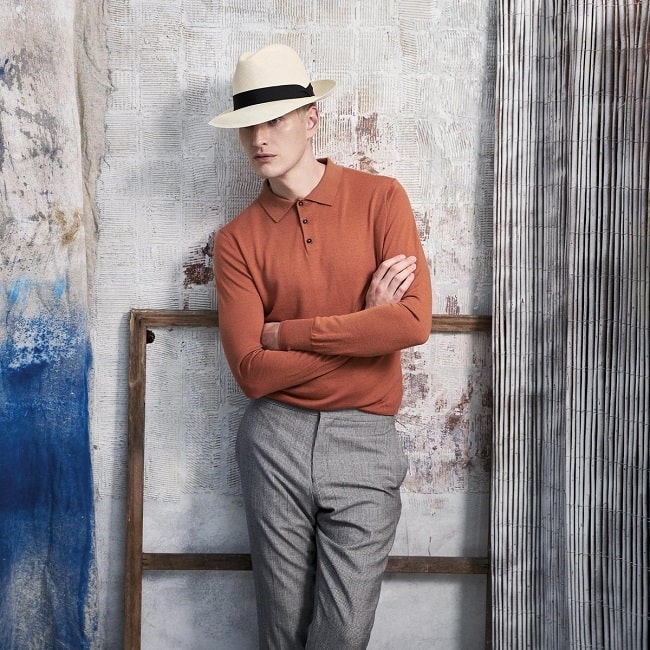 But then, as these things do, it grew on me. At first I tried it on in the mirror – in private, with no prying eyes. I put it on gingerly and peeped into the looking glass. I looked. I questioned. I pondered. And then I returned it to the wardrobe. Two days later, I got it out again and repeated the process (Most cunning, I was!). Eventually, I was bold enough to wear it on a short stroll, when it was raining and I was almost entirely covered by my umbrella. And in time… well, in time I actually wore it in front of people I knew, sympathetic friends – not the one who called me a potato! And before long, not only could I wear this hat out in public, but I could actually enjoy doing so – revelling in my traditional attire and, dare I say it, feeling somewhat superior by virtue of my hat (Perfect timing it was too, as the fedora proved ideal for those cold beer gardens when the pubs re-opened, drinking beer in the dark and eating pork scratchings with a gloved hand!). But as winter turned to spring and spring turned to summer, the fedora was no longer appropriate headwear. Cue, the panama. 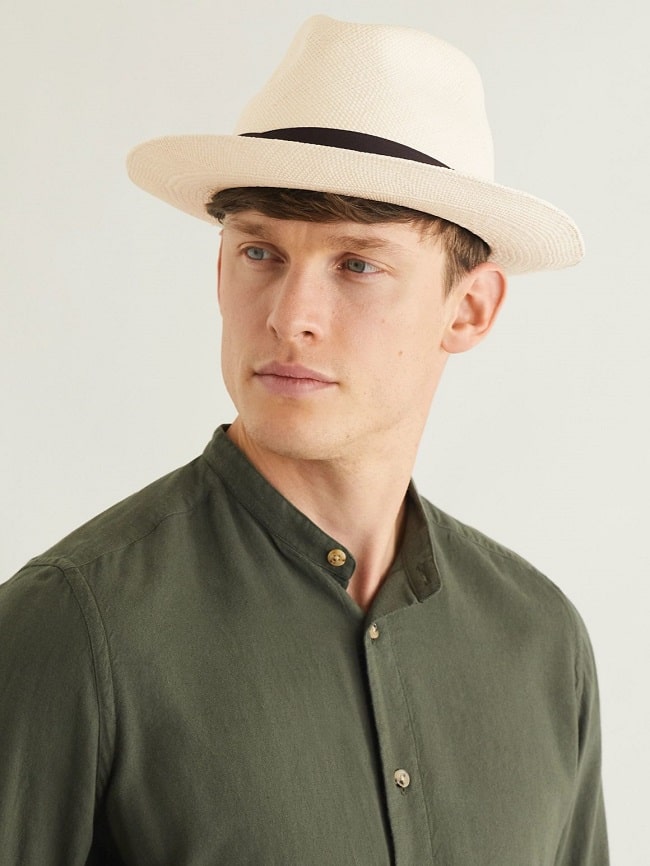 For anyone unfamiliar with this garment, it’s essentially a kind of refined straw hat that’s traditionally woven in Ecuador and is completed with a simple black band. I myself was unfamiliar with this garment at the beginning of the summer, but I knew I’d just have to equip myself with some sort of sun cover after the drama of last year’s heatwave. I’d spent weeks just cowering inside with the shutters closed, the fan blasting directly onto me, and a spray bottle to spritz myself with every other minute. I didn’t know what I was going to buy to do the job, but I knew where I would look: M&S. Believe it or not, I’m all for M&S. It’s obviously not a hip place to shop, but it never fails to deliver traditional items at a very affordable price (I actually got my umbrella there many years ago – a classic design: black with a wooden handle. And it’s still going strong). Heading over to the hat section, I was greeted with an array of suitable looking possibilities. After trying a few on I landed on the panama, purchased it at no great expense and have been wearing it ever since. I can’t say that I didn’t experience some self-consciousness when first wearing it out in public. But after a bit of googling, I discovered that by wearing a panama I was putting myself in very good company. It is the hat of Wimbledon spectators, the hat of cricket spectators, the hat of antiques experts… in short, the hat of chaps. Which was, needless to say, music to my ears! 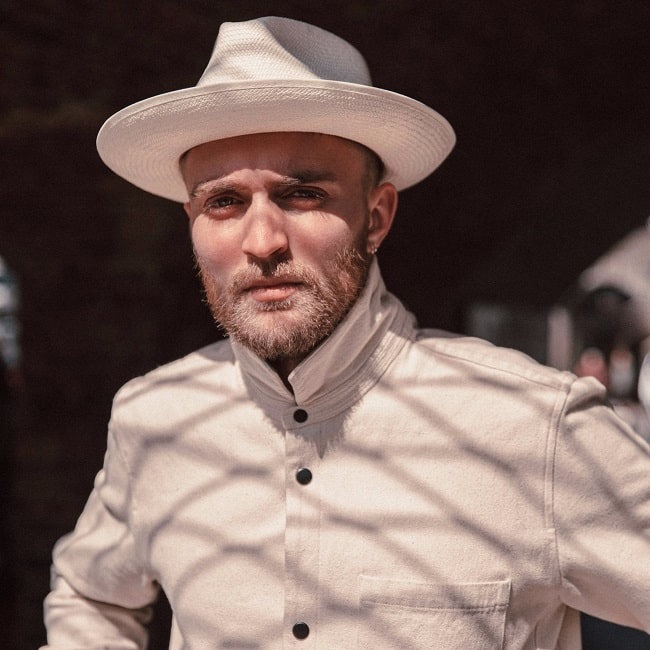 So now you find me pleasantly at ease with my panama, able to go out for a stroll in the fierce heat of the day and barely break a sweat. Well… that’s not quite true, it’s not a miracle hat – I do still sweat. But I certainly keep cool and actually manage to feel more than just cool. I manage to feel chic! Conclusion: I thoroughly recommend the panama. Next stop… a white linen suit?