MEN AND NIPPLES: SHOULD YOU LET ‘EM BREATHE IN SUMMER?

Written by Samuel Walters in Tips & Advice on the 11th August 2021 / Men and Nipples: Should You Let ‘em Breathe in Summer? 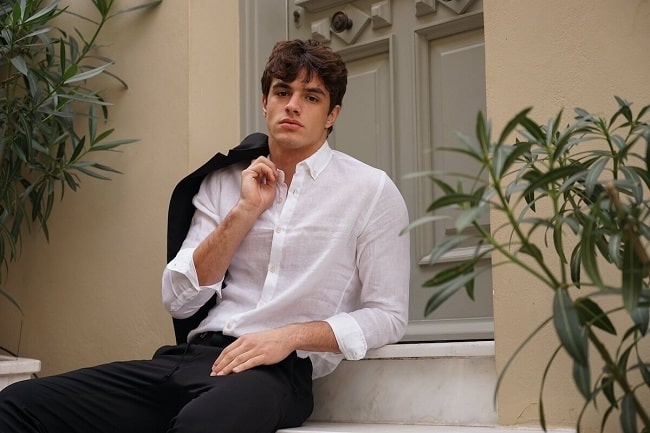 Gentlemen, what are your thoughts on exposed nipples? I don’t mean women’s nipples, I mean your own. Bear with me. This isn’t about to turn into erotica. I’m only on my third article for this esteemed publication and I don’t mean to bring down the tone just yet. It’s just that I’m curious about exposed nipples because I recently had a problem with a linen shirt that was far too revealing for my liking.

Let me set the scene. I was sweating away in extreme discomfort the other day due to the excessive heat, when I realised that I was in desperate need of a timeless summer staple – the classic white linen shirt. Looking online, I found the usual range of prices – from the “affordable” (as they say in the retail world when they don’t wish to imply that some customers aren’t quite rolling in it) all the way through to the absolutely extortionate. 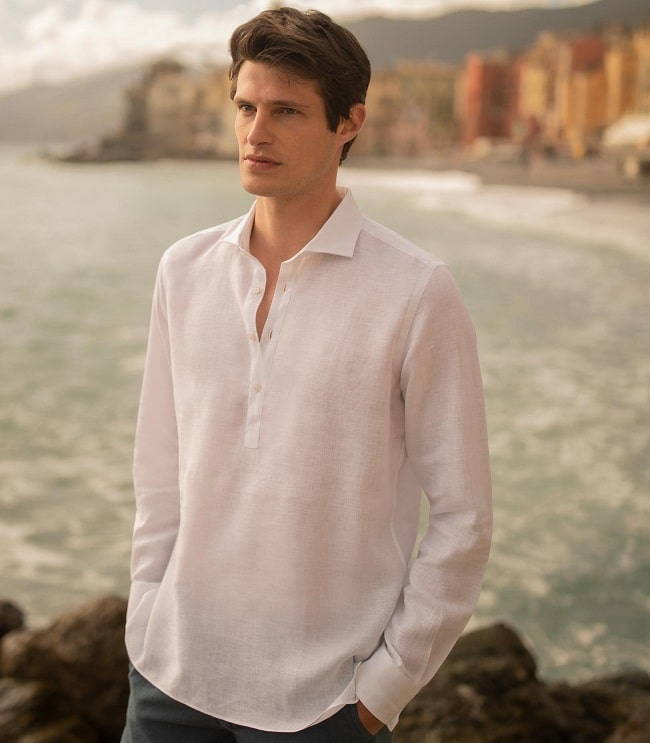 After a bit of umming and ahing, I did the inevitable and plumped for one that was priced somewhere in the middle. It came from a brand that had better remain nameless (For all that I’d love to make this an exposé in more ways than one, I really don’t want to stir up any trouble for my editor!). After zooming in on the photo of the shirt on the website, I was relieved to find no trace of any logos or outlandish ornamentation. I clicked “buy” and a few days later my shirt arrived. Well, of course, when I tried it on I realised that I’d been taken for an absolute ride – fallen foul of the classic pitfall of online shopping and got something that wasn’t quite how it looked in the picture. This white linen shirt was absolutely razor-thin! It was so transparent that I could see my nipples through it. I could practically make out the individual chest hairs! I know linen shirts are supposed to be thin – that’s the whole point and the very reason they’re so good at keeping you cool in heatwaves. But this was really cutting it a bit fine. Quite literally! 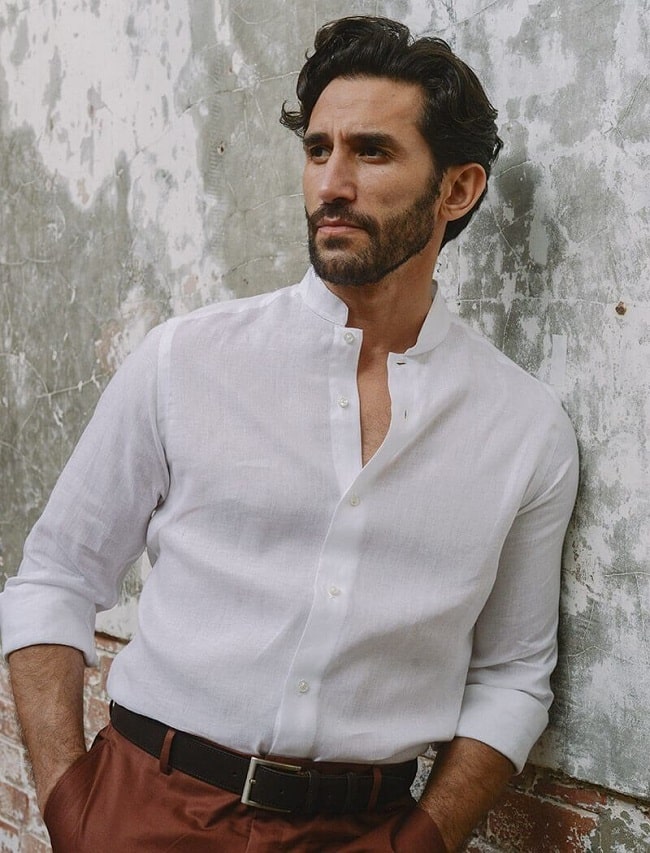 Of course, some clothes are actually designed to show nipple; but that’s a different kettle of fish entirely. Take the low-cut gym vests of the ‘80s, for example. Some of these scoop down almost to the level of the navel and the nips are almost totally exposed. But it’s meant to be that way. It’s the classic Arnie look and I know that it’s back in vogue with some gym-goers at the moment as a retro alternative to all the fitted Gymshark kit. And then there’s the string vest – a bold sartorial statement if ever there was one. Nobody would order one of these online and then be surprised to catch a nipple or two peeping out at them when they finally got round to trying it on, would they? But everything is clear from the outset with string vests. The clue is in the name! It’s supposed to be revealing. And, it’s only a very strong character who orders one in the first place. It takes a certain sort of man to pull one of these off, or put it on. I don’t think you’ll be surprised to hear that I’m not that sort of man. 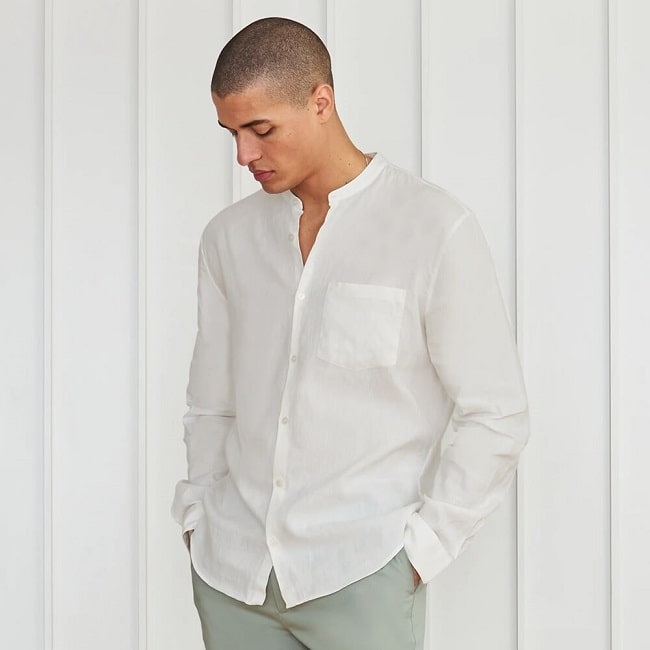 Perhaps you think I’m over-reacting to this nipples-showing-through-the-shirt business? Well, perhaps I am, but it might be that my strong aversion is based on psychological trauma. Years ago, as a student in Birmingham, I was out running one evening and a woman hollered at me from her car that she could see my nipples through my t-shirt. I was much abashed. It had been a cold day and it was a slightly thin t-shirt, but I hadn’t expected that. I’m not laddish enough to take that sort of thing in my stride. Incidentally, I had a similar experience a few years later, back living in London. A woman shouted from her balcony “nice legs” when I was out walking in what were, admittedly, fairly short shorts. You see… it’s not just “toxic masculinity” that we should be addressing. Anyway, let’s not go down that contrarian alley. Call me old-fashioned but my feeling is that men’s nipples should never be visible through a shirt. I don’t want to sound like some ridiculous, prudish Victorian, but to my way of thinking, if you’re going to wear a shirt on a hot day then it should cover you properly. Otherwise, you might as well just be topless. Being topless is fine, mind you, but then you don’t need a shirt in the first place, do you? You just need sun cream. Either do one thing or the other, not something saucy in between the two. 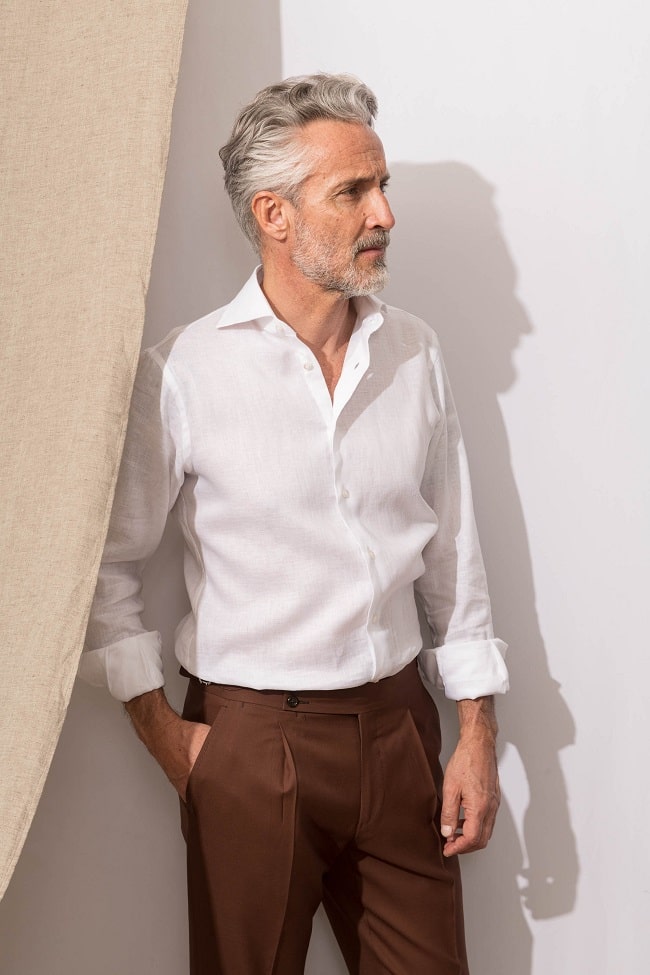 And apart from all that, sometimes you need a proper shirt in hot weather so that you look respectable. What if you’re on holiday and want to eat in a reasonably smart restaurant? Holiday grub isn’t all greasy spoons in Majorca, is it? Some establishments like men to be clothed before they admit them to dine! So let me just end with a simple word of warning. If you’re buying a white linen shirt this summer, please, proceed with caution!