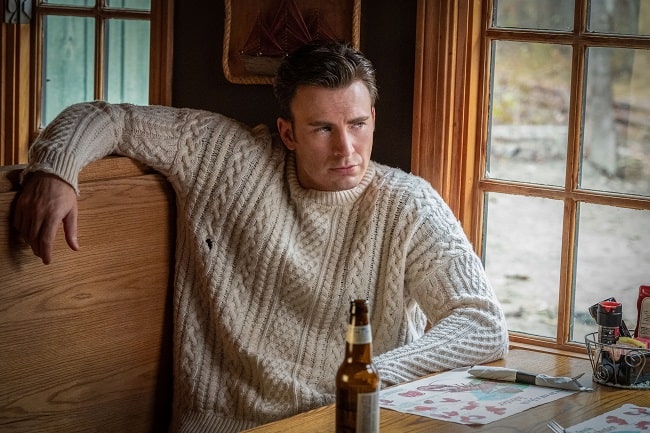 Are you a chunky knit or a hunky twit? I don’t know exactly what that means… but it makes an amusing opener. I think what I’m getting at is that now we’re moving into autumn, it’s time to dig out that thick knitwear again – but while some men wear it very well, others tend to get it badly wrong.

Look around as the leaves a-tumble and you’ll observe that some men bowl around the place in cosy, high-necked garments, having perfected the style of a rugged fisherman (See Willem Dafoe and Robert Pattinson in The Lighthouse.) Others, though, don’t fare so well. They do their best to cut a dash in a nice jumper, but for one reason or another it ends up bearing an unfortunate resemblance to something you might spy in the classroom. Instead of coming across as suave, they put you in mind of little Prince George on his first day of school! I’m telling you, it’s a wild world out there in the knitwear jungle, with plenty of pitfalls. And I should know… I’ve fallen into my fair share of them over the years and expect to fall into many more yet. 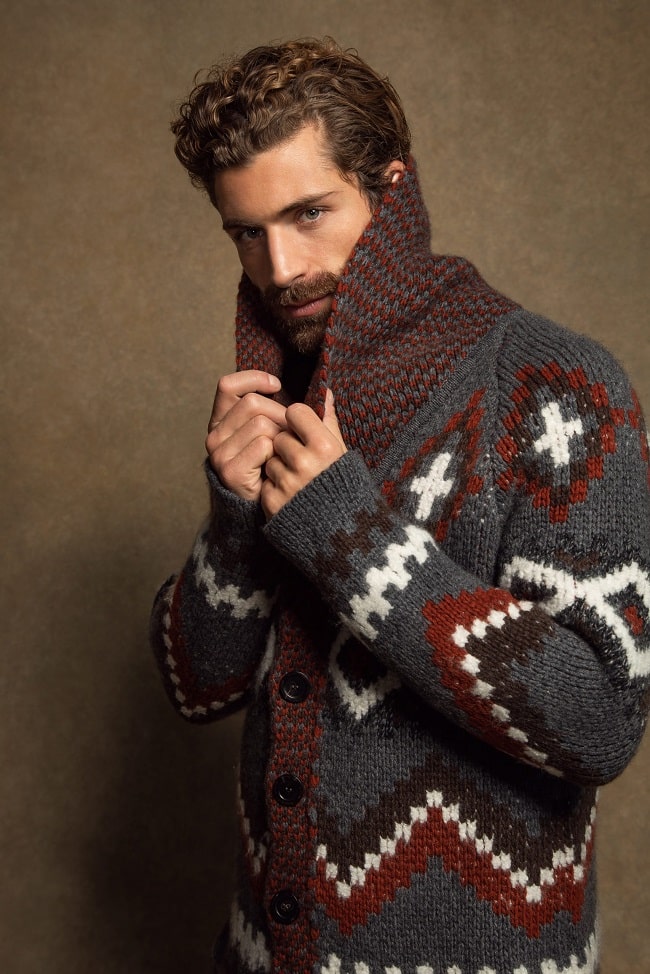 I mean, take the wool versus cotton debate to kick things off. Wool is traditionally prized more highly than cotton, but the dastardly moths feel exactly the same way. I used to have a pure wool jumper that was practically my soul mate. It was perfect for me in every way, a United Colours of Benetton, blue-grey crew-neck that had come from a vintage shop at a bargain price. Then, one day, I lifted it out of my drawer to find two gaping great moth holes starting back at me. They weren’t even in the sleeves; they were front and centre, for all to peer through! Of course, I persevered for a time, continued to wear it in defiance of the holes, but I really couldn’t carry on for long – I looked like some Dickensian scamp, one of Fagin’s gang of pickpockets skipping about town in rags. The same fate befell another jumper of mine, and then another, in spite of anti-moth paper and various other precautions. After that I decided I’d had it. I just couldn’t bear to carry on feeding the local moth population any longer. I went over to cotton. I don’t think it looks as nice and it isn’t as warm, but at least it stays in tact! 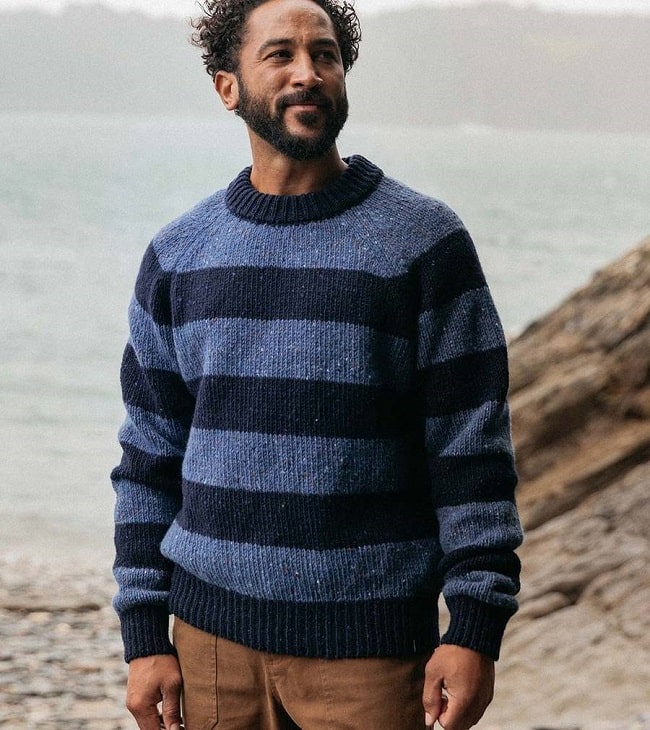 Then there’s the difficult matter of finding the right size for your woolly (… That’s woolly.) If you don’t want to look like some ‘70s knitwear model, the kind who makes it onto humorous birthday cards for looking such an utter chump, then you must ensure that your jumper isn’t too short or too tight. Doing this also helps you to avoid another problem – that tricky issue you get when your nonchalantly untucked shirt extends too far beneath the jumper, so you look like you’re sporting a curious mini skirt over the top of your trousers. Equally, though, if you go for a bigger size of jumper to get the longer length, you can end up with absurdly long sleeves and being swamped by too much bulk up top. It’s not an easy balance to strike. 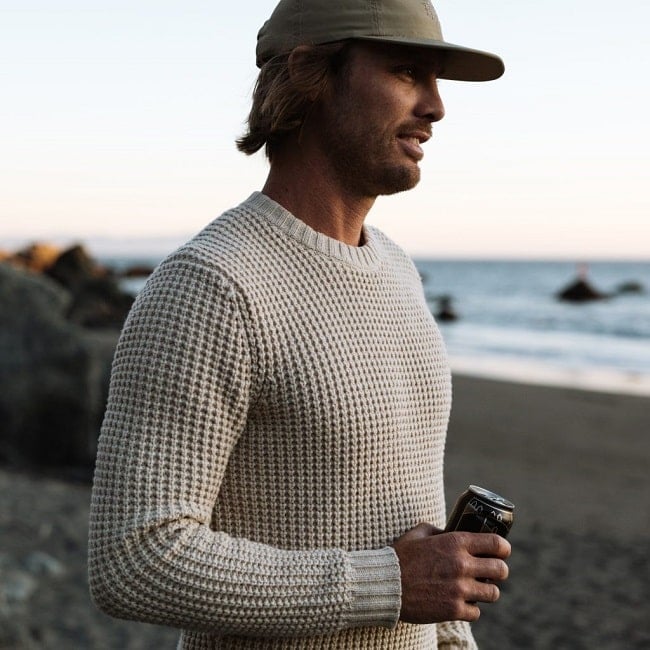 And what sort of neck do you go for? A roll-neck gives you that rugged, late-Victorian fisherman look mentioned earlier, or if it’s fine wool you can look all ‘60s and arty. That’s fine, but won’t work all the time as if you ever want to wear a shirt with a collar then it doesn’t sit well underneath. A v-neck can be very smart, but you must select carefully to avoid that school uniform problem. A crew-neck is generally a safe bet. But all too often, when worn over a shirt with the shallow, button-down style collar that is the norm today, you can end up looking like a priest in a dog collar. I tend to, anyway. Either that or Ned Flanders. 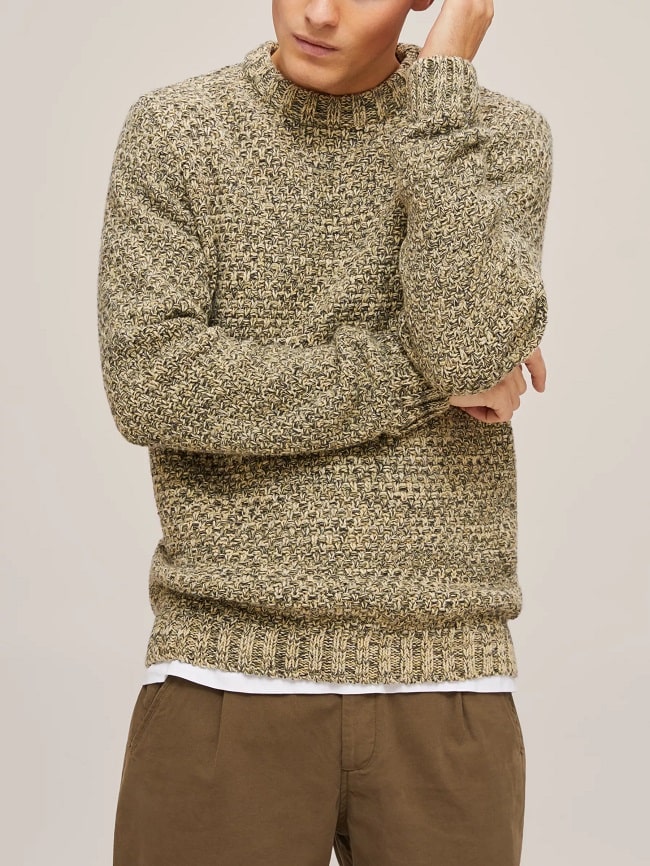 And let’s not forget the divisive cardigan. Cardigans can look very sophisticated, like Al Pacino in the end of the Godfather Part II – sitting amidst the autumn leaves, comfortably cocooned in a thick, navy blue cardie as he looks wistfully into the distance with his melancholy reflections on the life of a mafia chief. Or there’s Gregory Peck in his various cardigan-clad roles, relaxing at home in such classics as To Kill a Mockingbird or the original 1962 version of Cape Fear. These characters do cardigans well. If you’re not careful, though, it can be a very different story. Pair the garment with the wrong trousers or have a bad hair day and you can end up looking like some old granny. This is obviously a disaster – not so much the glamorous gent of yesteryear sipping a scotch by the fire, more the old dear with cardigan pockets overflowing with toffee papers and a selection of slightly damp, used tissues. 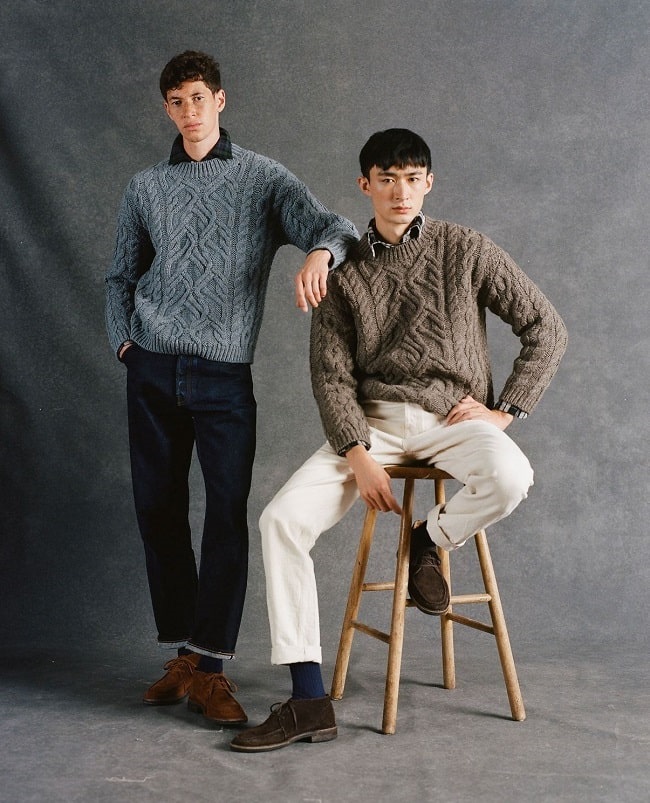 So what is my advice as we step into autumn? What pearls can I offer you? Well… frankly, I’m really not sure. Personally, I favour the timeless, white, cable-knit number that I’ve had for a few years now. It keeps me warm, doesn’t attract moths and goes with almost everything. Although, I must admit that it does sometimes make me look a bit like Kevin from Home Alone. There’s no doubt about it – getting knitwear right is a very challenging business. Maybe just opt for a hoodie?