WHY THE FUTURE OF GROOMING LIES IN THE PAST 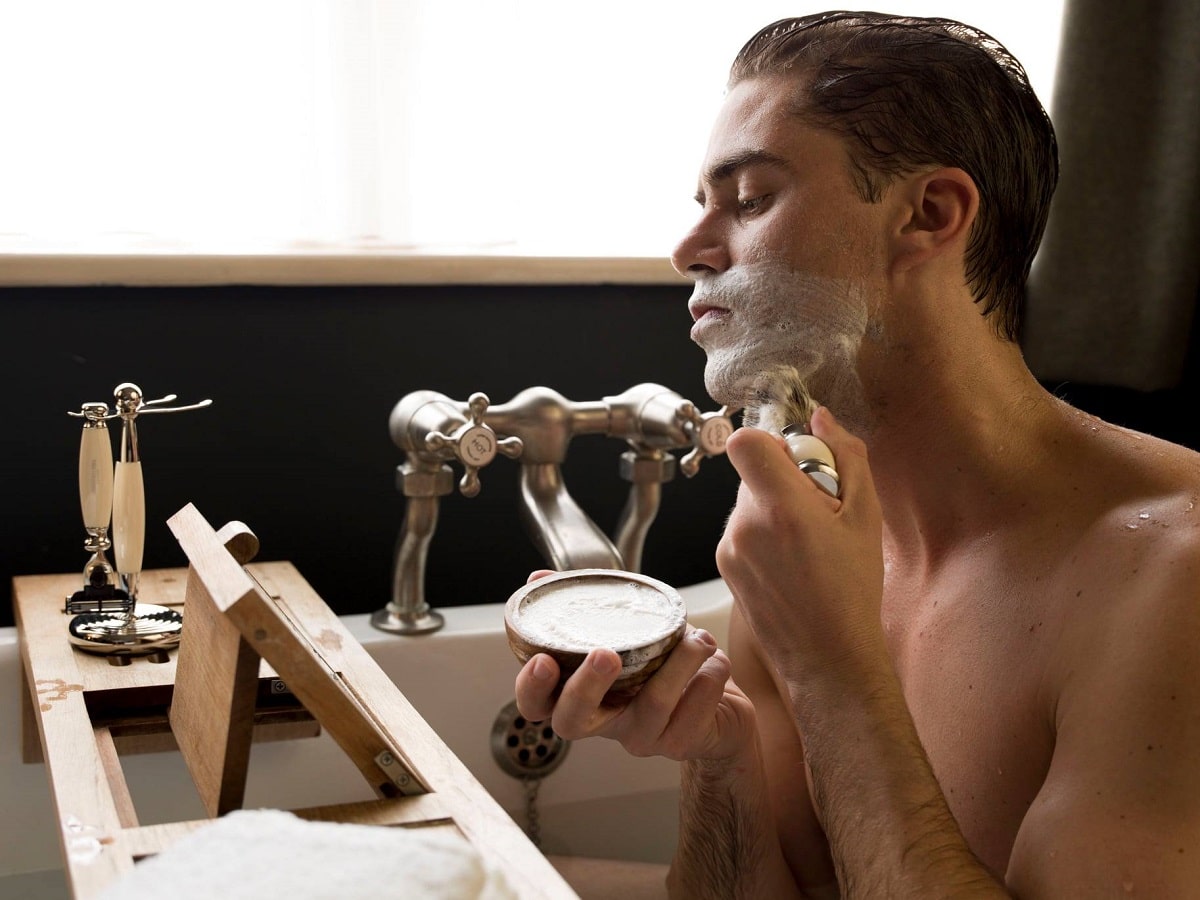 Want to get in on one of grooming’s biggest trends? Fancy saving the planet while saving your face? Then look to the grooming gear of yesteryear because the best way to be a thoroughly modern man is to act like an old-fashioned gent. Here are five products from the past that’ll guide you towards a more ethical, sustainable future.

There are several reasons the safety razor – that most traditional of grooming tools – has found itself back in fashion. As well as looking cool AF (check out Barbarossa Brothers’ Matt Black P1R8 Safety Razor), they’re the perfect, plastic-free alternative to most modern razors. Looked after properly (the razor and blades should be dried with a towel after each shave), a good quality razor will last you for years. A really good one might even outlast you, delivering super-smooth results time after time.

You can’t rush a shave using a safety razor, though, because the blade is more exposed than on a multi-blade razor, which is a good thing because it forces you to be more mindful and perfect your technique. 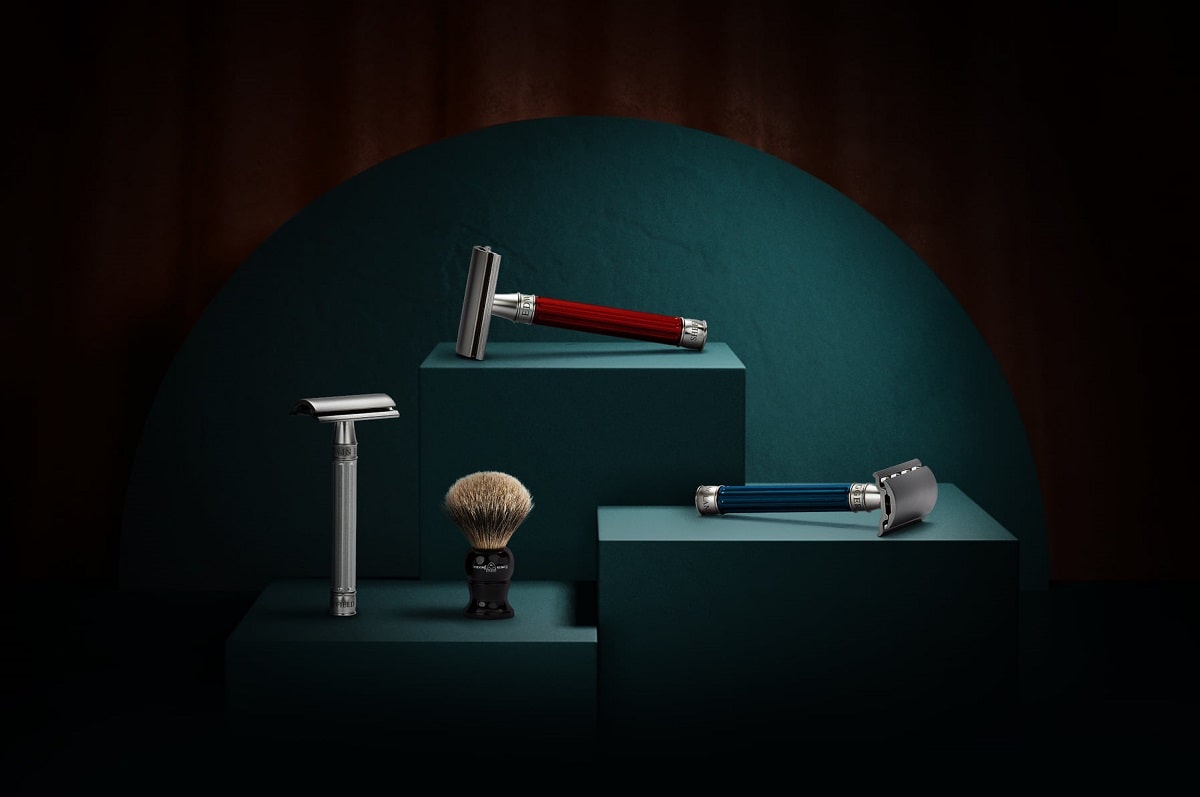 For best results, position the blade at a 30-45-degree angle to the skin, shave with the grain – using short straight strokes – and rinse the blades regularly. If you’re a safety razor newbie, opt for a ‘closed comb’ one like the Barbarossa Brother’s razor mentioned above or Edwin Jagger’s best-selling 3ONE6 safety razor, which offer a little more protection thanks to a safety bar underneath the blade.

Oh, and if you’re wondering how to recycle the used blades simply store them in a razor blade disposal tin (available from peaceinthewild.co.uk) and recycle when full. 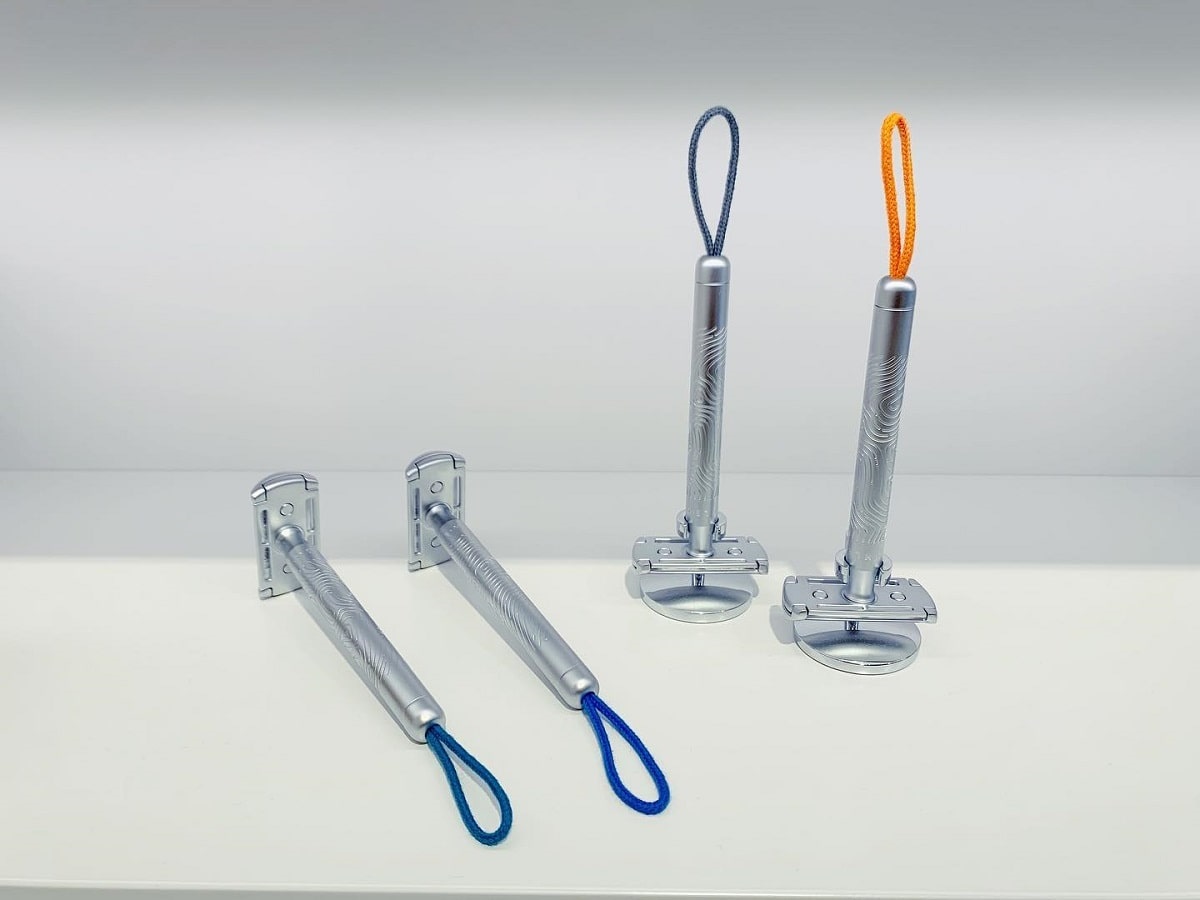 The Shaving Brush and Soap

Traditional shaving companies have offered refillable shaving soap bowls for years (Geo F Trumper, D. R. Harris, Czech & Speake and Truefitt & Hill all have them in their line ups) allowing you to dispense with plastic tubes and shaving foam cans, while shaving brushes not only help whip up an unbeatable lather and help lift stubble for shaving, they gently exfoliate skin too, allowing you to dispense with a separate exfoliator.

Thankfully, there are plenty of animal-friendly alternatives to traditional badger hair brushes, including an entry point bamboo and synthetic fibre brush from Bulldog. As well as being a good choice for vegans, these next gen shaving brushes tend to be more durable and faster drying than animal hair ones. To protect your brush and maximise its life, simply rinse after, tap off any excess water and hang upside down on a shaving brush stand. 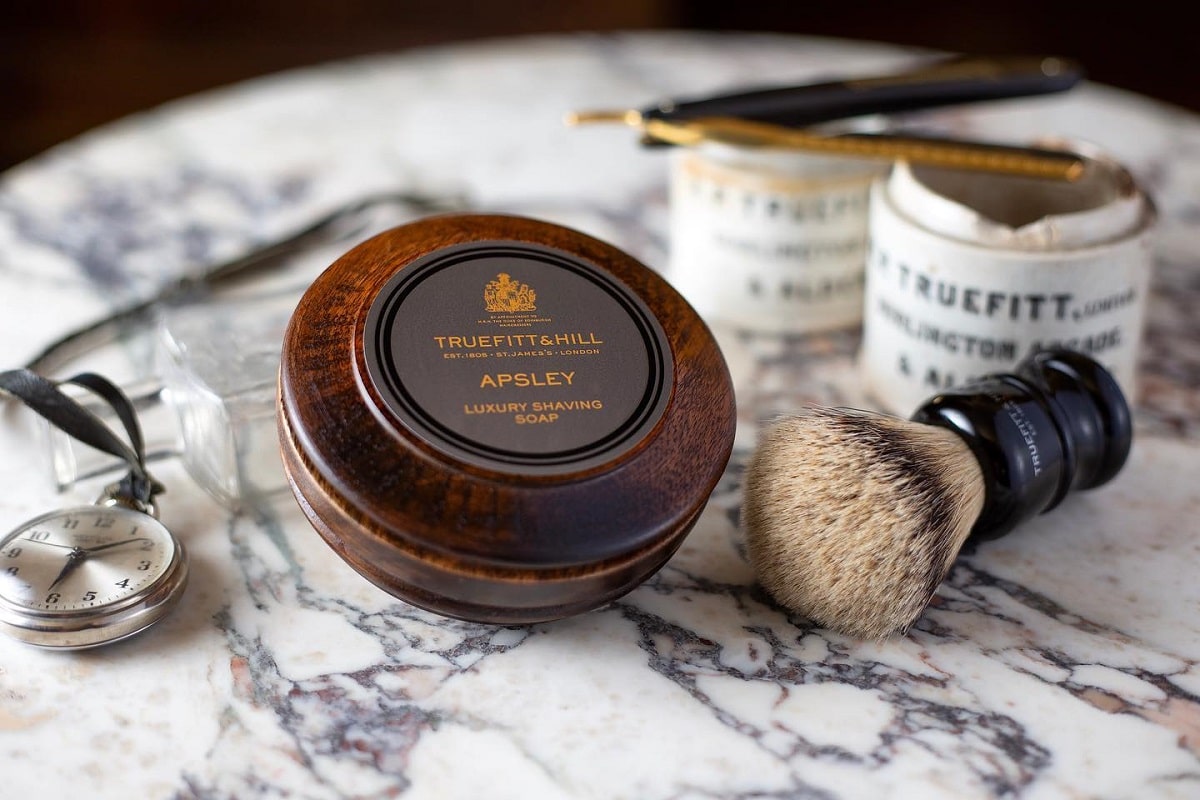 Soap-on-a-rope might come across as a kitsch novelty from the Seventies but they’ve been a popular grooming staple since at least the 1940s. So iconic are they that the National Museum of American History has an Old Spice one in its collection.

Created for practical reasons (not as legend would have it so prison inmates didn’t have to retrieve lost bars from shower floors) the soap on a rope can he hung up to dry so it doesn’t go soggy or have to sit in its own scum. For this reason, it’s often more hygienic, lasts longer and, yes, is easier to handle in the shower as well.

There are lots of great ones on the market (venerable English grooming company D. R. Harris’s triple-milled Arlington ones are excellent) but for a truly 21st century take try one from Foamie.

Designed for use on face, body and hair, their 3-in-1 Charcoal, Rosewood & Tonka Bean Shower Bar is an eco-friendly, multi-functional wonder that saves, on average, two plastic bottles from entering your bathroom. Given that the average shampoo or shower gel is 95% water it will also help save one of the planet’s most precious resources too. Its clever soap-free, pH-optimised formula, meanwhile, also means there’s no chance of it drying out sensitive skin. Not such a novelty buy now, right? 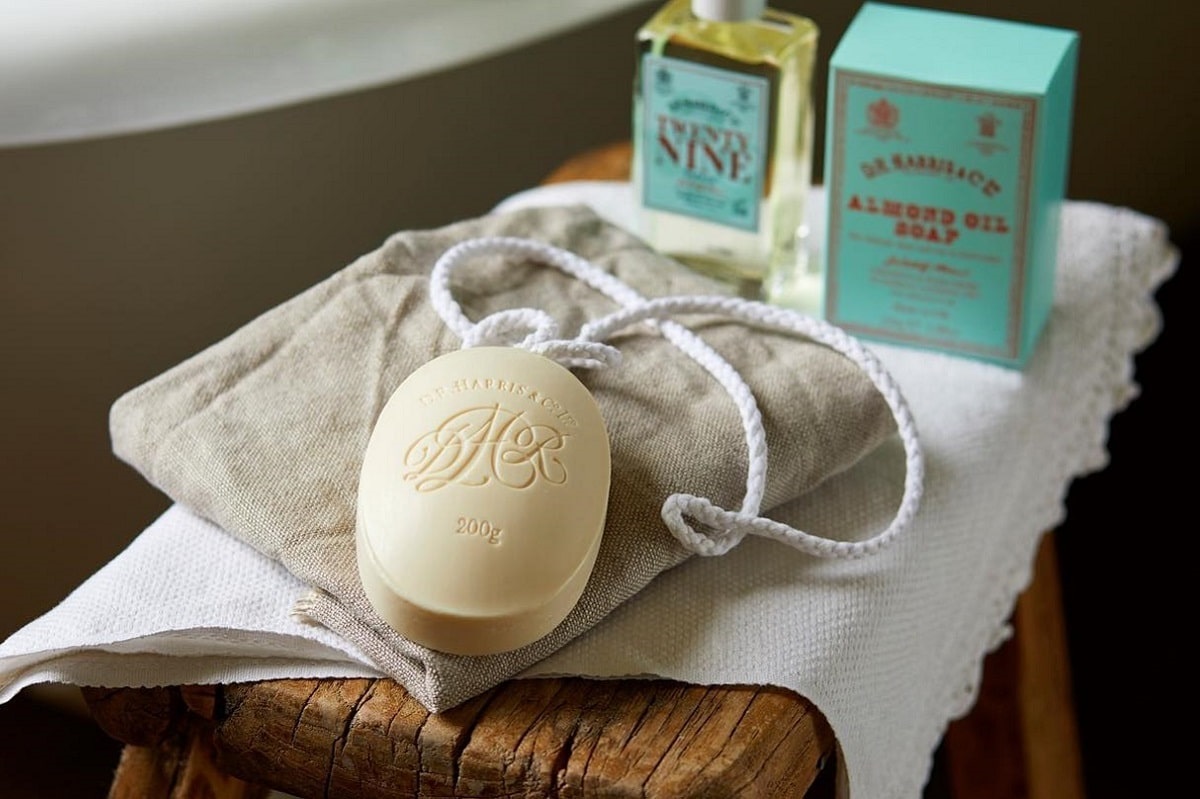 Each year over a billion plastic toothbrushes are thrown away across the globe, so it’s little wonder wood and bamboo alternatives have become one of the most popular eco-friendly grooming tools.

In an ironic twist, the toothbrush itself started out as a frayed wooden twig, first used around 3000 B.C. while the Chinese are thought to have used bamboo for handles (to hold boar bristles) in the early Middle Ages.

Thankfully, today’s eco-friendly versions replace the boar hair with ethical alternatives. Award-winning brand Truthbrush, for example, use bristles made of plant-based castor oil which breaks down in a way nylon doesn’t, which are housed in a bamboo handle. The brand even produces bamboo Interdental Sticks and – cleverly – the world’s first bamboo and plant-based bristle electric toothbrush head, which can be plonked on to Philips Sonicare toothbrushes in the perfect marriage of ancient and modern. 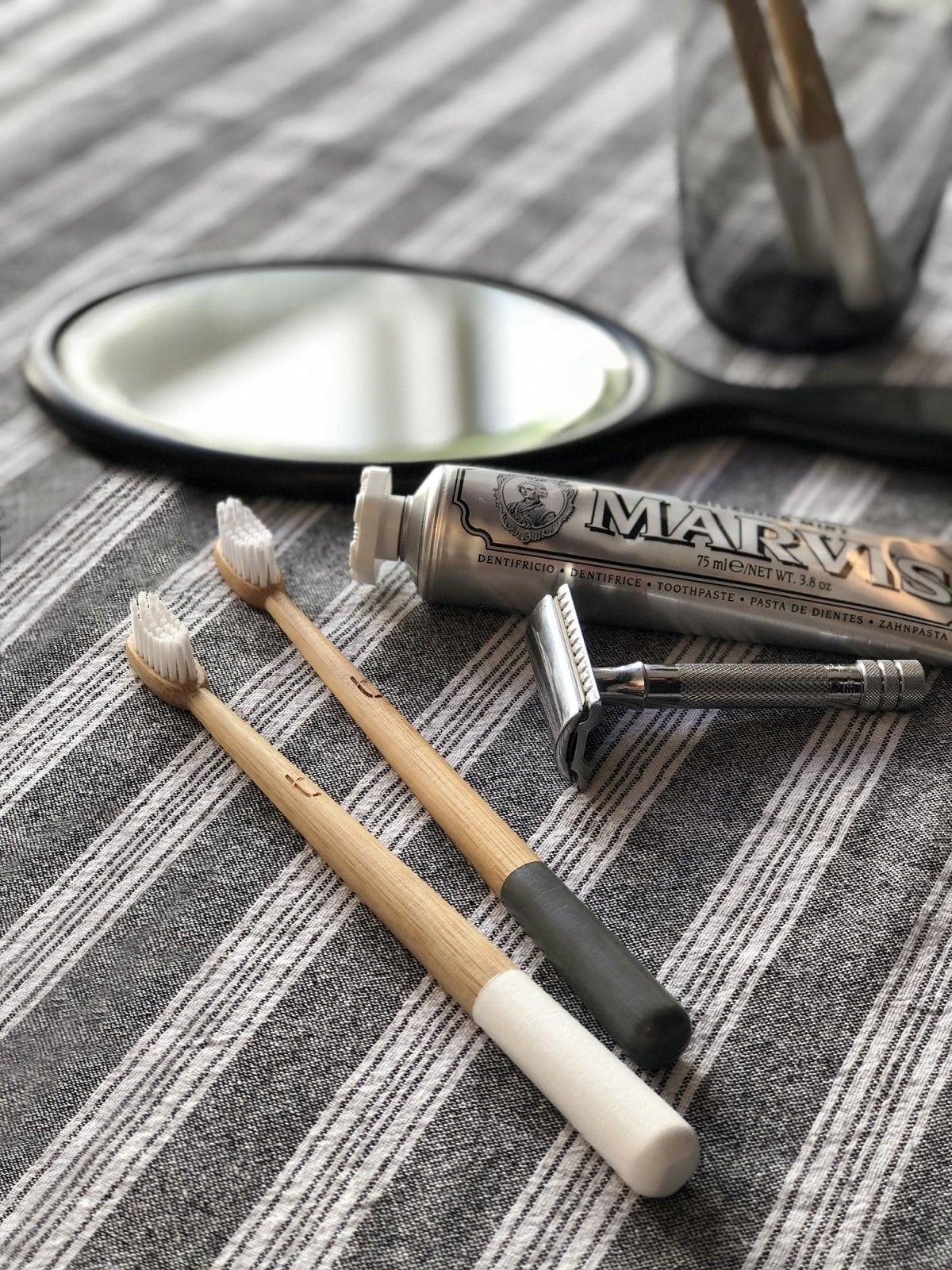 Used by man since Egyptian times, alum is still one of the best (and fastest) ways to treat cuts and razor burn. A naturally occurring, water-soluble mineral with antiseptic, astringent and styptic (blood clotting) properties it’s often used as a natural deodorant but has long been a barbershop favourite too. Able to heal cuts, close pores and soothe irritated skin after shaving (or manscaping) it can also be used to dry out spots and combat oily skin. What’s more, it’s also a cinch to use – you simply dampen it slightly with water and then swipe the block over your skin.

The original aftershave, alum is inexpensive, plastic free and, if looked after properly (you just need to dry the block with a cloth after each use), a decent-sized block can last all year. Proof, if proof were needed, that sometimes the old ways are still the best ways when it comes to a man’s daily grooming routine. 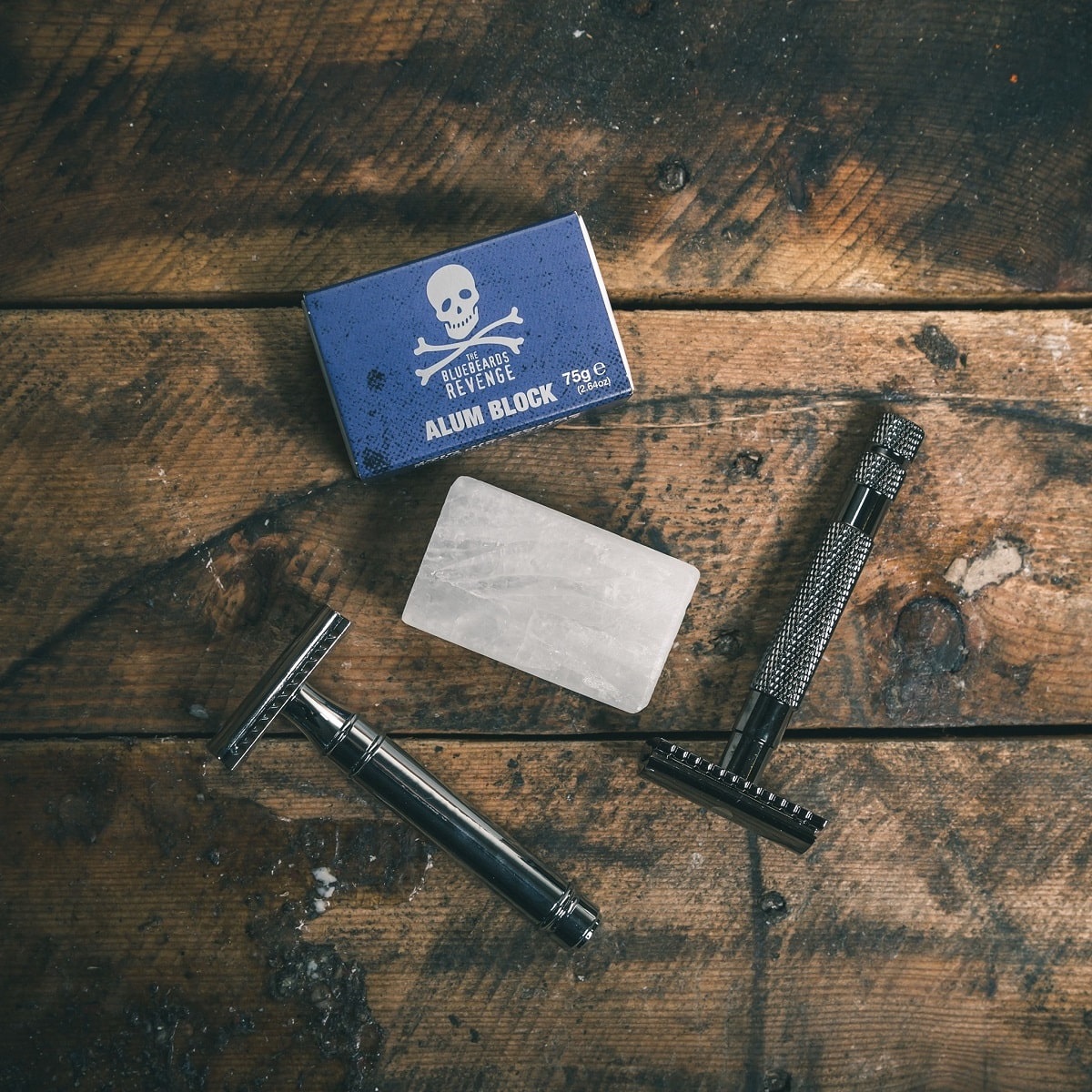 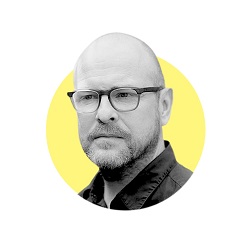 With over 20 years experience writing about male grooming for the likes of Men’s Health and The Telegraph, Lee is an award-winning journalist and one of the UK’s best-known and most experienced men's beauty experts.