HOW TO GET STARTED WITH TRAIL RUNNING 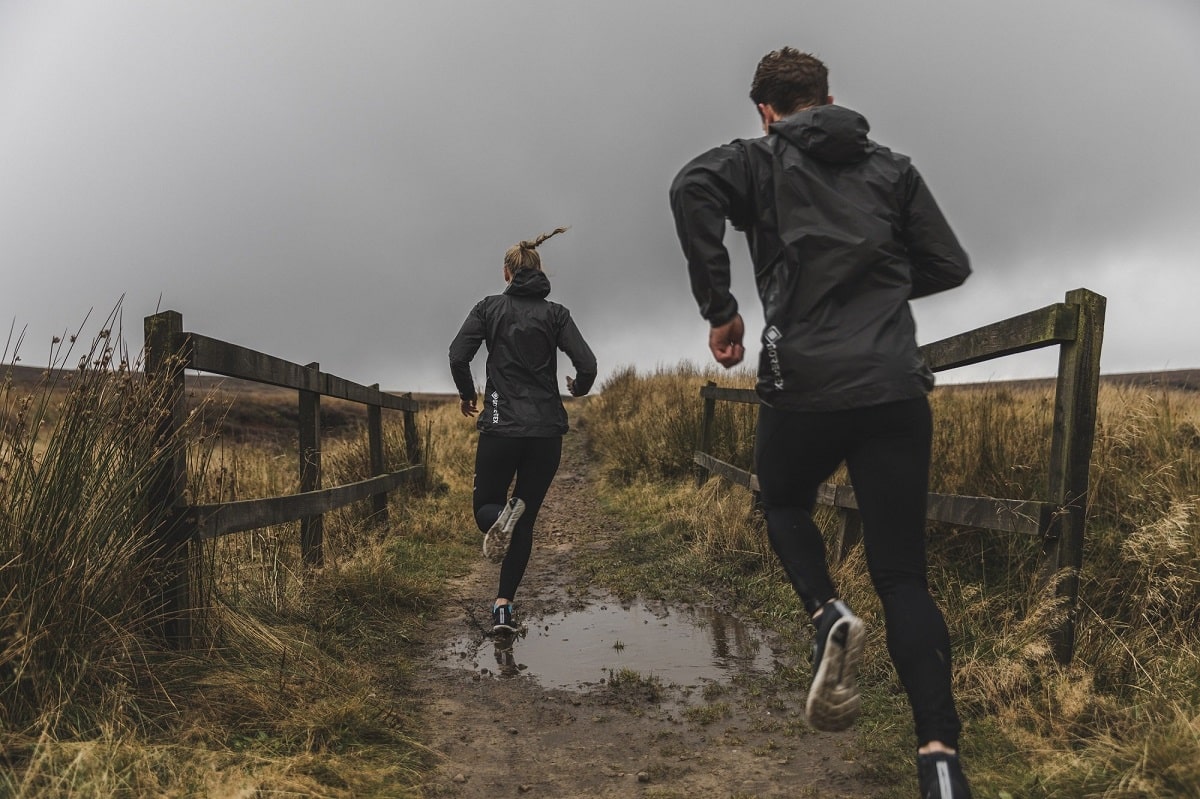 At this point in the pandemic and likely for months before, we all want to get outside as a form of activity. The gym is too sketchy and at-home workout videos have become too confining – if not uninspiring. As such, many have taken up hobbies with an element of social distancing – golf, hiking, and biking have gotten the most coverage, and trail running isn’t too far behind.

For the novices out there, trail running is exactly as it sounds: You lace up a pair of lightweight, responsive shoes to take your running or jogging routine off the paved path to more uneven terrain. Yet, even for beginners, you’re not substituting one environment for another without making additional changes. Particularly, as you’ll be away from your neighbourhood or even your local park, the chance for getting lost increases. Here’s how you can get started: 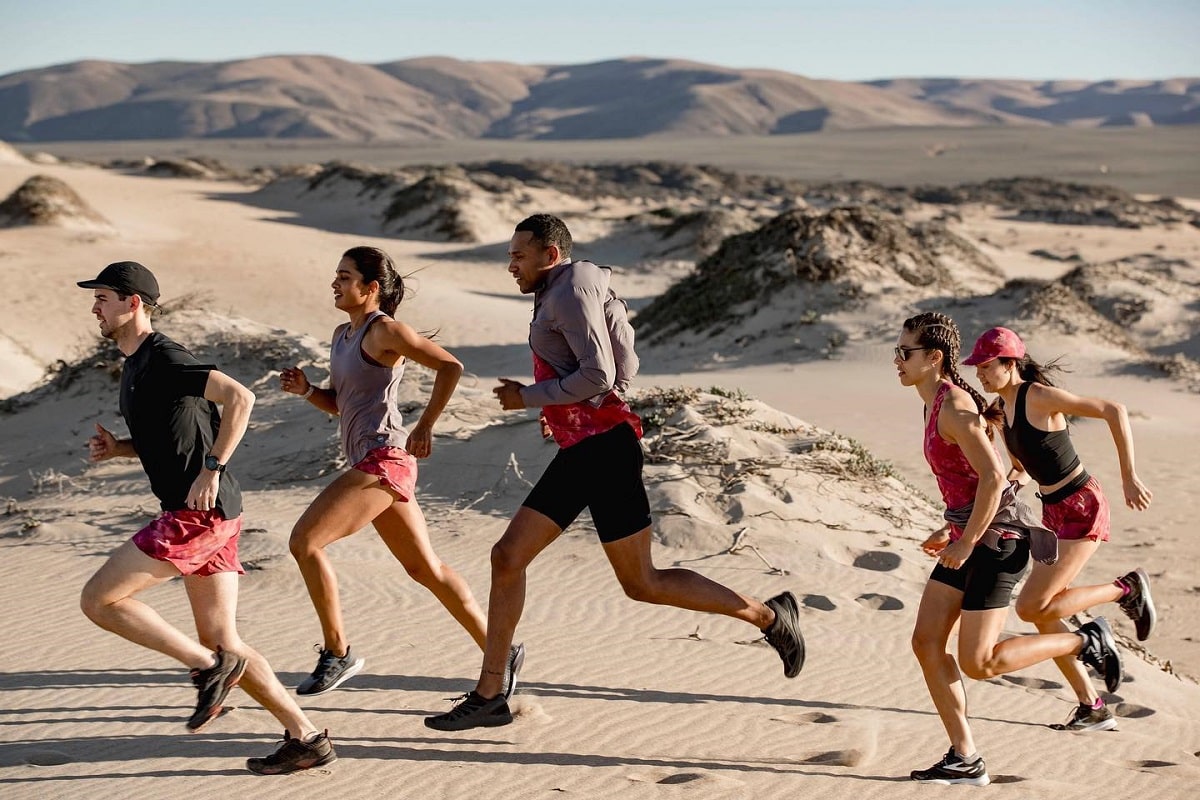 Think About Your Shoes

As the first and perhaps one of the key principles of trail running, your standard road running shoes won’t cut it. The design’s too light and flimsy and assumes you’ll get the response and flatness of asphalt or concrete. Instead, trail running shoes tend to weigh more (this isn’t absolute, which we’ll explain), provide more traction and stability, and protect the toe area more. Generally, if you can conceive a hybrid between a hiking boot and a standard running shoe, this is generally what a trail runner is.

The combination helps you travel up and down rock- and root-covered terrain without losing your balance or slipping and better shields your toes from roots and other objects within your path. At the same time, the construction is still lighter compared to a hiking boot. Still, just as with all pieces of footwear, trail runners experience variation – perhaps even more compared to road running shoes. Beginners are advised to select more of a multipurpose shoe, but eventually you’ll find that trail running shoes tend to fall within the following groups:

- Heavier and reinforced, for terrain with more variables.

- Minimalist runners, with no heel-to-toe drop, which allegedly replicate the feel of “natural” running.

- Extra-cushioned running shoes that lessen the impact placed on your joints. 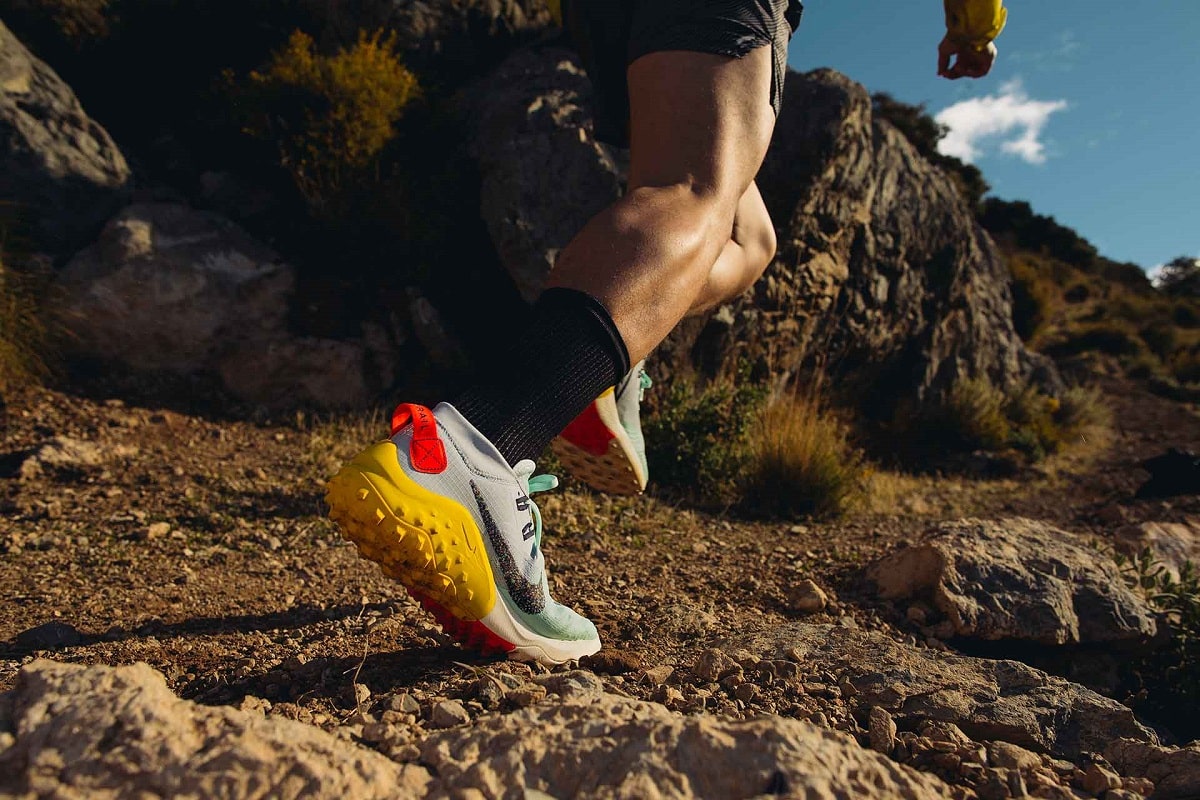 Build Up Your Gear

In your neighbourhood, you can put on shorts or leggings, a T-shirt, running shoes, and something for visibility and jet off. Because trail running is essentially a hiking-running hybrid, you need to pack like you’re going for a shorter woodland trek:

Your body’s going to sweat – and it’s going to feel uncomfortable. Changing terrain – including elevation – can mean evolving conditions, from damp below-treeline patches to spots near the peak where you’re more exposed to the sun. As a baseline, err toward moisture-wicking, quick-drying fabrics for your trail running apparel – think the typical synthetics or merino wool. Yet, you also need to be prepared to layer. Consider having a water-repellent or even waterproof shell on hand, in case rain hits, or a windbreaker once you ascend above treeline. Also, think about wearing midlayer garments on top of your standard running apparel: These keep your body warm in cooler conditions and can be removed as you pick up the pace and generate more body heat.

Also on the subject of body heat, look for trail running garments with a degree of breathability. This attribute works in conjunction with moisture-wicking properties to cool your body and better control perspiration. Along with breathable fabrics, seek out jackets with zippered vents to help dissipate any heat. Added to this, if you eventually intend to do trail running up a taller peak and not just below treeline on trails at your local park, suit up in UV-blocking attire offering a UPF rating of 30 or higher. Supplement this with sunscreen and a UV-blocking hat. 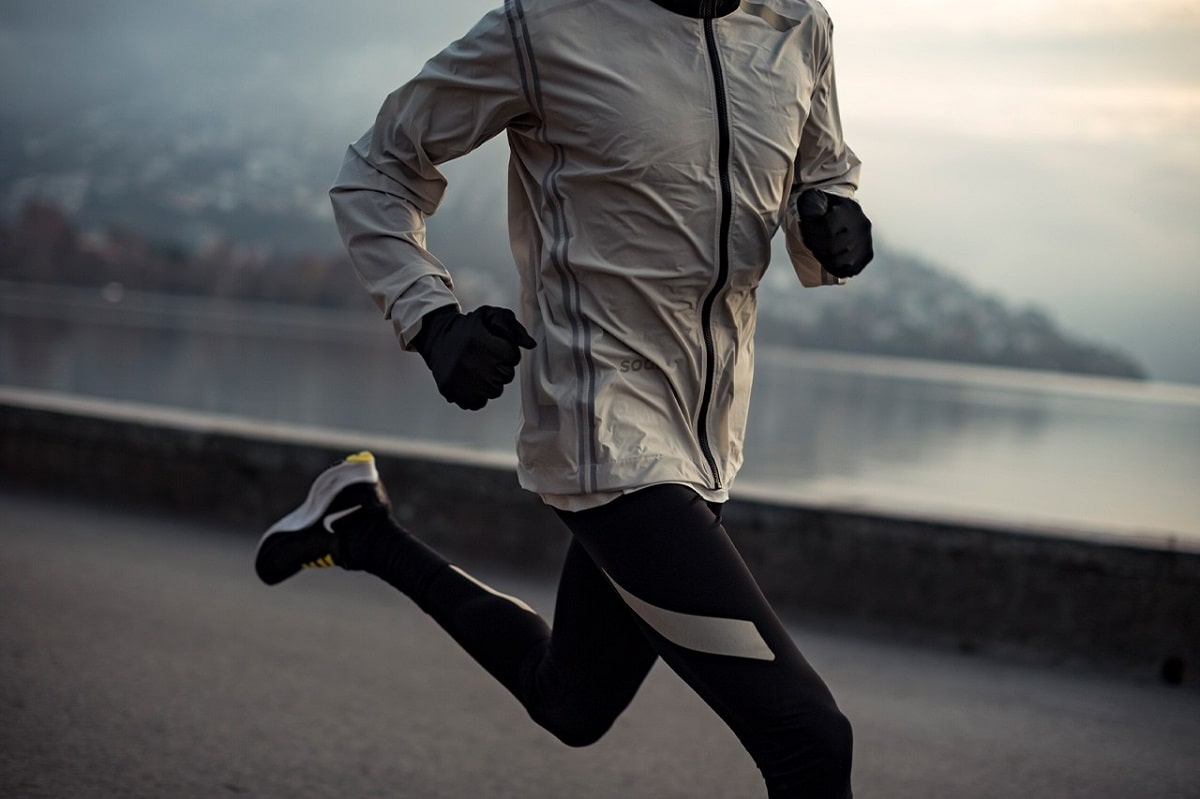 For trail running, electronics aren’t to just track your progress. Rather, you’ll want to have a GPS on hand to make sure you’re following your route, and an app on your phone to stay on top of the latest weather updates. As signals can be spotty, further bring along physical backups – specifically, a compass and traditional map.

With road running, neon colours and reflective strips have been sufficient. Because you’ll be running through wooded areas and spots with low light, visibility works two-fold out on the trails: You can see the path ahead, and others out there can spot you. For this reason, consider bringing along a hand-held flashlight or multi-mode headlamp with at least an output of 200 lumens and option to adjust the beam.

Injuries happen, but when you’re miles away from civilization, you want to treat the cut or scrape then and there. Bring along a first aid kit to address minor injuries, as well as to stabilise a fracture, should you happen to fall.

As you build up your stamina and skills, you’ll find that trail running expeditions end up as all-day ordeals. You need to maintain your focus, and hydration and proper nutrition directly aid your efforts. For efficiency, runners often avoid bringing along a hand-held water bottle. Rather, hydration packs and vests provide a sufficient supply while remaining strapped to your body. Hydration packs further offer space to store your basics, from first aid to your navigation supplies and a layer of clothing to food.

Realise that running-style hydration packs tend to have a narrower form than those used for hiking. Serious runners frequently tout the benefits of running gels. While you can start here, realise that longer journeys require more fuel. Consider bringing along some energy bars, nuts, sandwiches, and real food that provides protein and other nutrients. In eating on the trail, continue to follow Leave No Trace principles: That is, pack up your waste, even if it’s compostable, rather than leaving it on the ground. 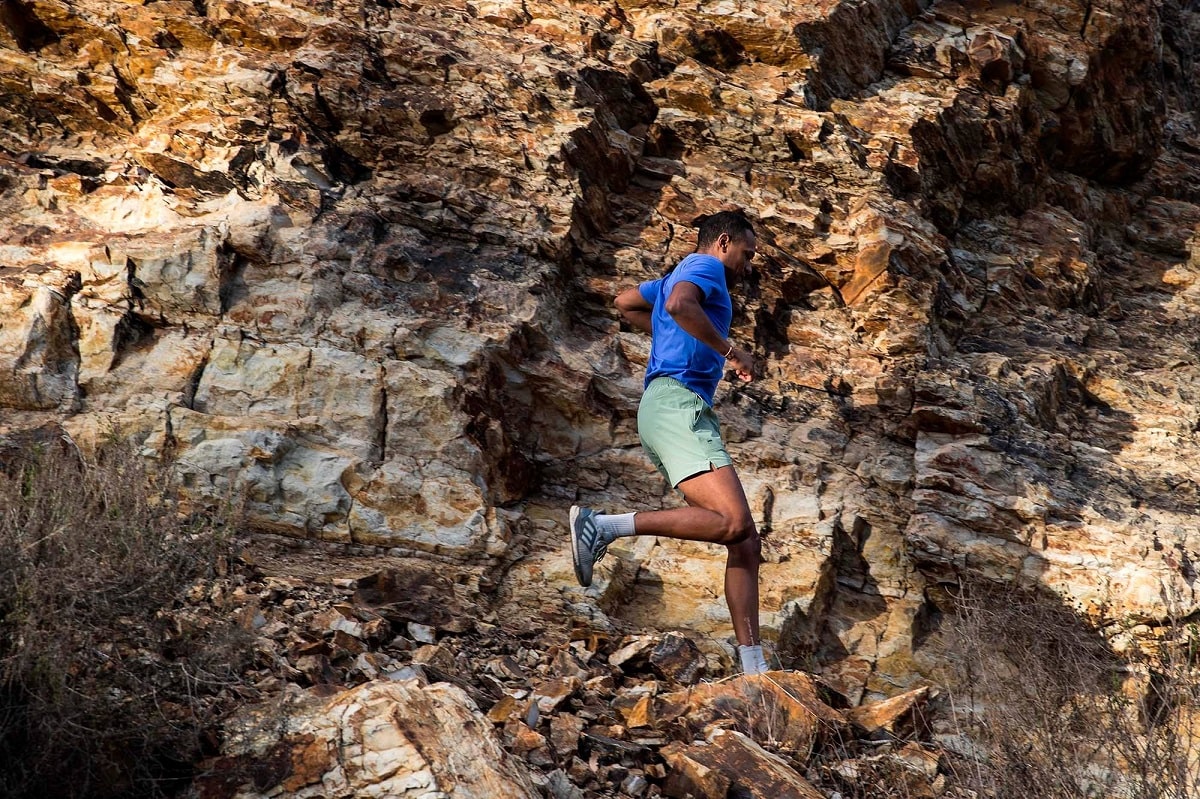 You’re not going to hit those high peaks on your first or even 10th trail run. Instead, early treks should help get your legs acclimated to the uneven, undulating to even rocky nature of the trail ahead. Just as with road running, you want to challenge yourself: Beyond time and speed, you now have elevation, steepness, and terrain added to the mix. During these treks, you’ll want to focus on your technique: The toe-first method you’re used to will get replaced by full-foot running, toe to ball. Uphill, a speed-hiking technique, with trekking poles for more steeper, rockier stretches recommended, helps you keep pace without tiring yourself out. Downhill, feel as if you’re braking – although not slowing down entirely.

Some also recommend a zigzag technique for descending steep terrain. Initially, you’ll find you cover less distance – but feel more exhausted after. So, start exploring resources for your local parks, beginning online or seeking out trail guides for more detailed information. Begin small and relatively flat before increasing the incline and distance. As you move, approach it like you drive: Look ahead at your full surroundings, rather than strictly down at the ground.