9 FUN THINGS THAT YOU SHOULD DO WHEN VISITING LONDON 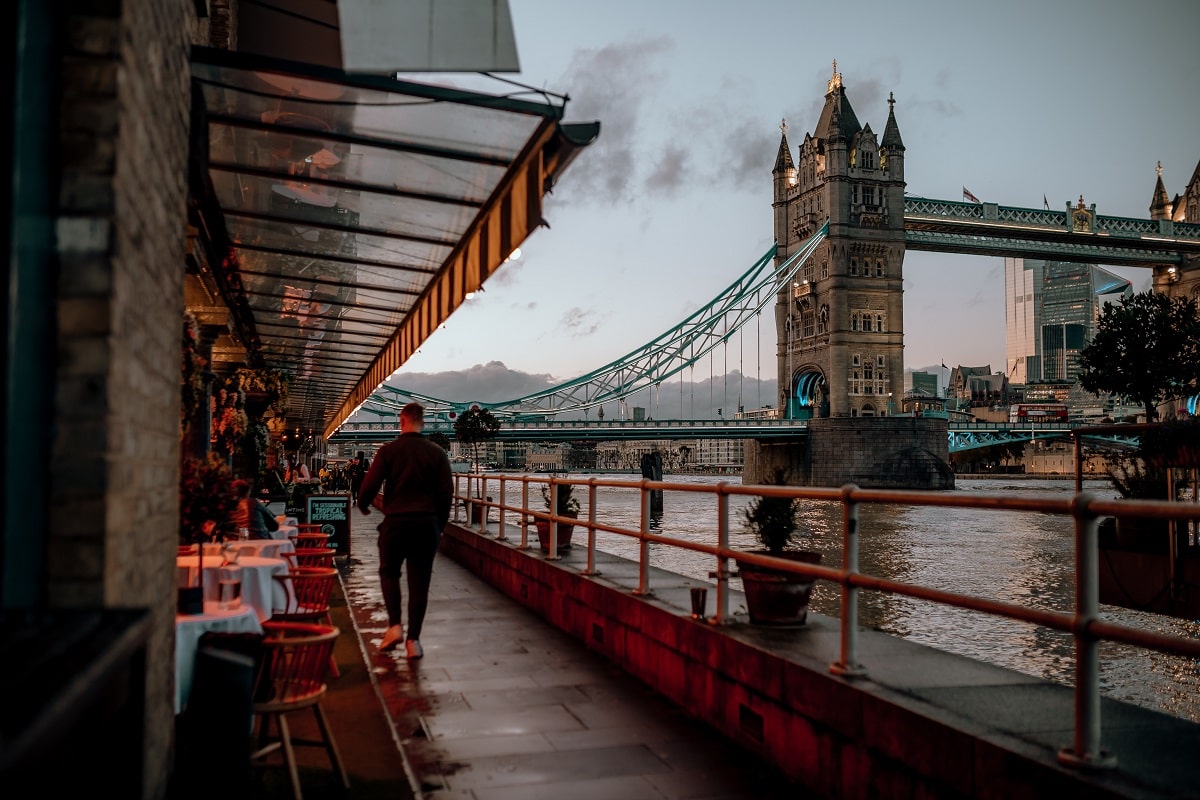 London is one of the world’s most iconic cities. The city has a long history, dating back to the Roman occupation of Britain. In addition to vibrant nightlife, London has many cultural affairs for tourists to pursue, including museums and libraries. There really is something for everybody in England’s capital. After a year and a half of lockdowns, Great Britain has finally opened its doors up to international tourists again. If you want to travel there, now’s the best time while the tourism industry is still recovering and everything is still affordable. This article will outline nine fun things that you should do on your trip to London:

When you first arrive in London, you will likely feel disorientated and overwhelmed. There really is so much to see. Many travel experts recommend, to start your trip, by walking along the River Thames. The river runs through the heart of London, and from it you can see everything, from the Houses of Parliament to the Tower of London. A walk by the river is a great way to clear your head. It is also a good way to ground yourself and remind yourself that you are indeed in London, the city that shaped the world. 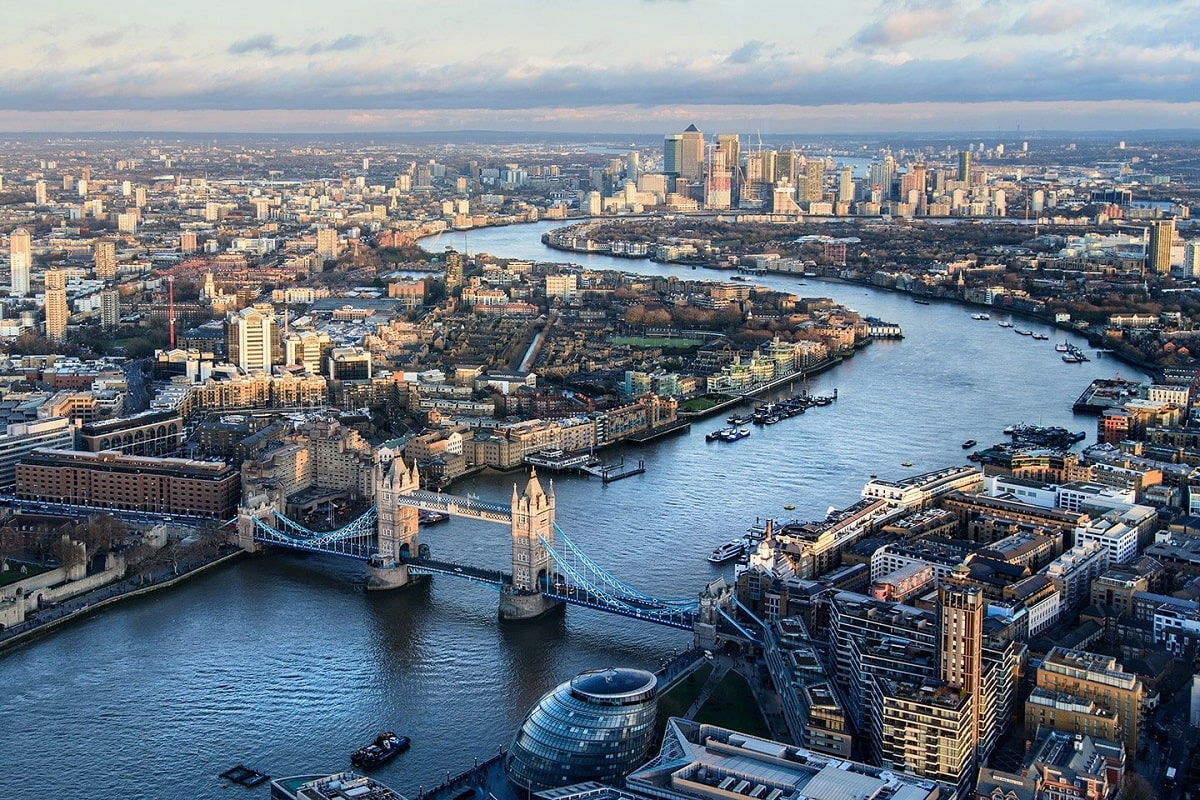 St. Pancras Station is an architectural marvel, visited by millions of people each year. If you are travelling from elsewhere, and if you need a train to London, then St. Pancras is probably where you will end up. There is lots for you to see inside St. Pancras alone. Next door, there is a fantastic library, and up the street, there is Regents Park, one of the city’s most beautiful and expansive parks, home to ZSL London Zoo and several rose gardens.

Madame Tussauds is another of London’s most popular attractions. It is a museum of waxworks, featuring some of the world’s best known and most popular celebrities. Madame Tussauds is a ten-minute tube ride from St. Pancras Station and is right next to Regents Park. It is definitely somewhere you will want to visit if you are in London. It is also very close to Oxford Street, London’s premier shopping street, and home to Selfridges. The Sherlock Holmes’ Museum is located just around the corner and there are also lots of trendy cafés, restaurants, and bistros nearby in Marylebone. 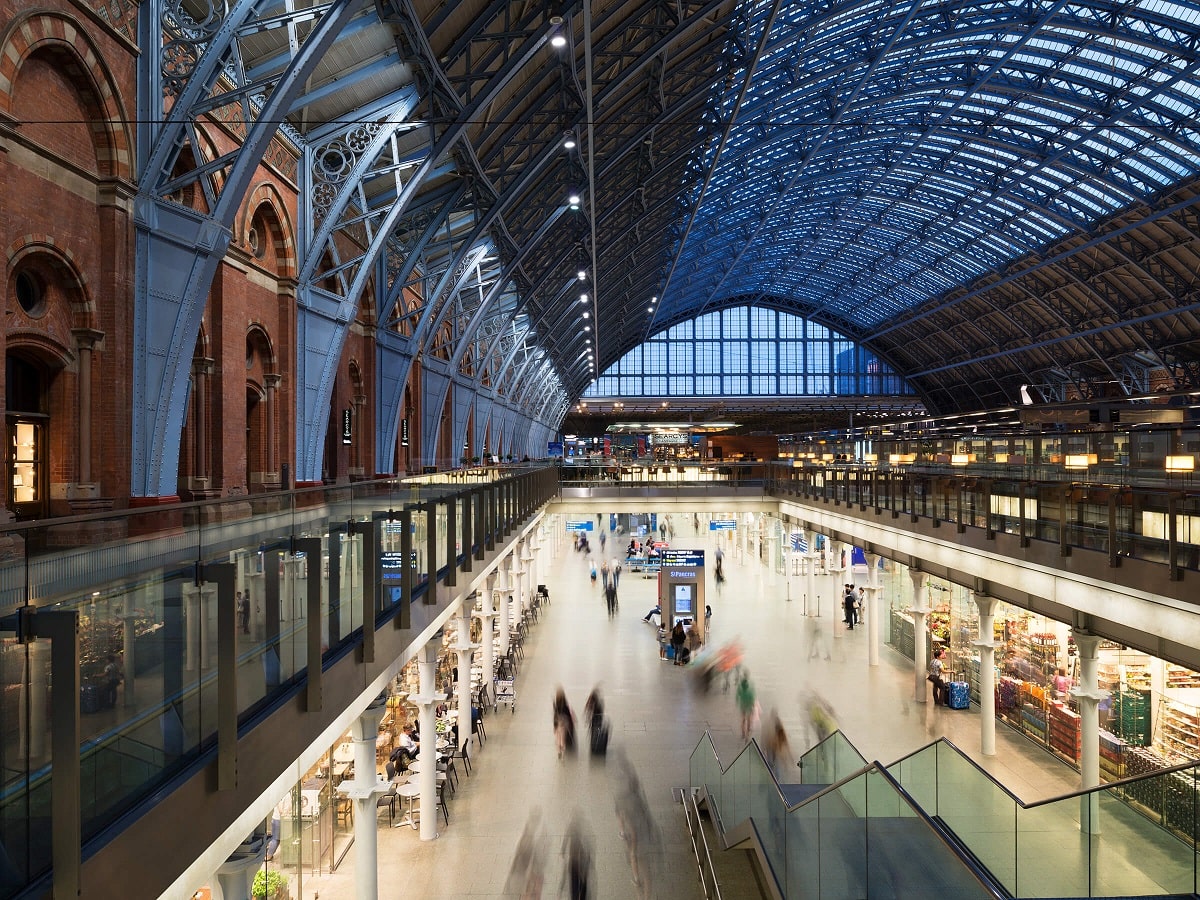 Kew Gardens is located in Richmond, a leafy West London suburb. There are myriad transport links that go directly from Central London to this area, so it isn’t hard to get there. You can also cycle there in just over an hour if you feel up to it. It’s possible to reach Kew Gardens via the Thames. Kew Garden is a UNESCO World Heritage Site and was formerly the private gardens of Britain’s monarchs. Entry tickets are very inexpensive, and there is lots to see, from a recreation of a Chinese pagoda to sprawling greenhouses. There is also a café and several restaurants on site.

Brompton Oratory is a Catholic oratory located just down the street from the Natural History Museum. The Brompton Oratory is beautifully designed, in the neo-classical style. It is one of London’s hidden gems and is rarely included on lists of things to see. The Brompton Oratory holds regular gatherings, and in addition to communal gatherings and get-togethers, there are daily song performances held there. Once you finish up looking around the oratory, you can go to the Natural History Museum, or alternatively, walk to Hyde Park, which is a ten-minute walk away. 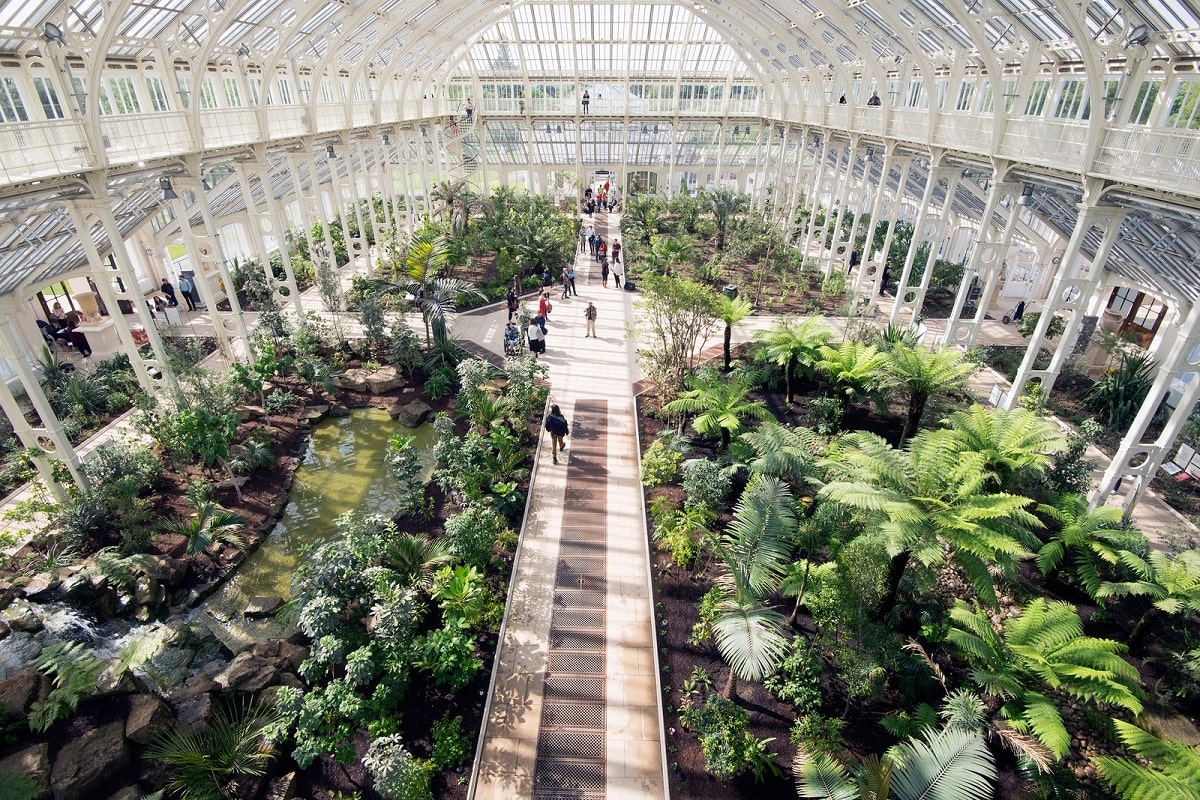 The Victoria and Albert Museum is located next door to the Brompton Oratory, and across the street from the Natural History Museum. The Victoria and Albert Museum is one of London’s best museums and has a number of incredible historical artefacts. One of the museum’s most popular artefacts is the Ardabil Carpet, which is the world’s oldest dated carpet. It is an exquisite work of art. It has been dated to 1539 and was commissioned to commemorate Shaykh Safi al-Din Ardabil. There is a café located in the museum’s courtyard, which is elegantly and intricately designed. There is also a great gift shop worth browsing.

Would a visit to London be complete without seeing Buckingham Palace? Buckingham Palace is one of the Queen of England’s many residences and has a lot of history. As of 2021, the palace’s gardens are open to tourists and visitors. While the gardens are closed for the winter of 21/22, it is expected that they will reopen next summer. You can also attend tours of Buckingham Palace’s interior. The palace is located next to St. James Park, which is another of London’s most beautiful parks. There are lots of exotic birds that roam the park, which is worth seeing. 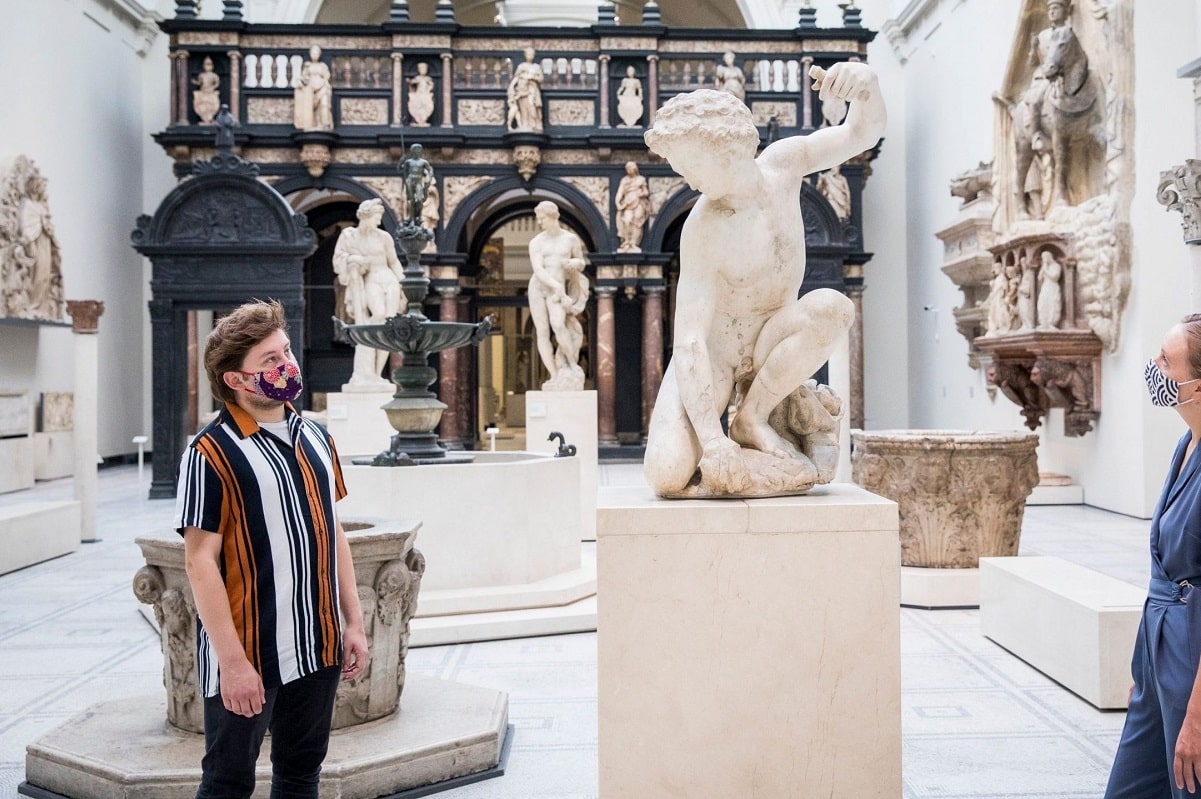 St. James is one of London’s most historic districts, and it is located a stone’s throw from Buckingham Palace. Jermyn Street is located in St. James, as is Piccadilly Arcade. These two locations have some of the world’s finest menswear shops, like Turnbull and Asser and Budd’s Shirtmakers. Edward Green the shoemaker also has a shop on Jermyn Street. A street away from Jermyn Street is Fortnum & Mason, one of the world’s finest and most luxurious department stores, which sells a range of high-end products, from gorgeous sweets to menswear, and even umbrellas! 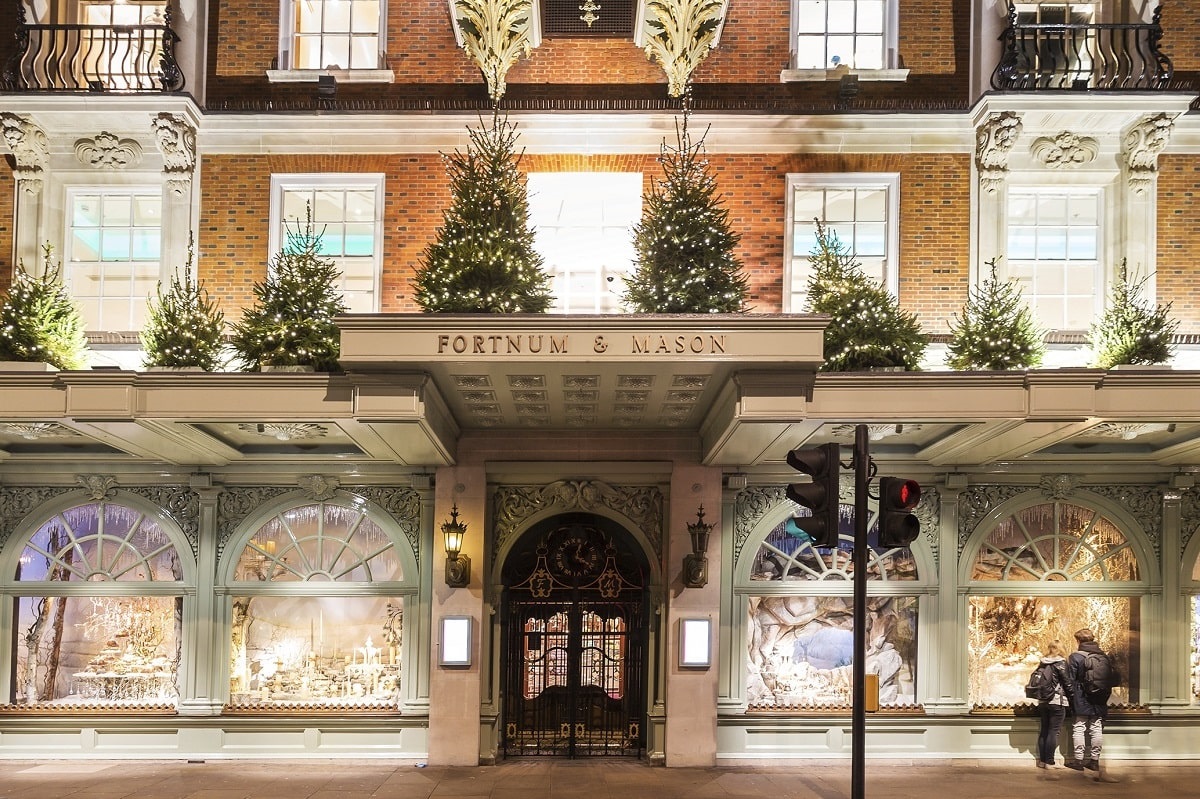 London is a great place to visit, especially if you love history and culture. There’s no shortage of attractions and places to visit in London. In this article, we barely scratched the surface!