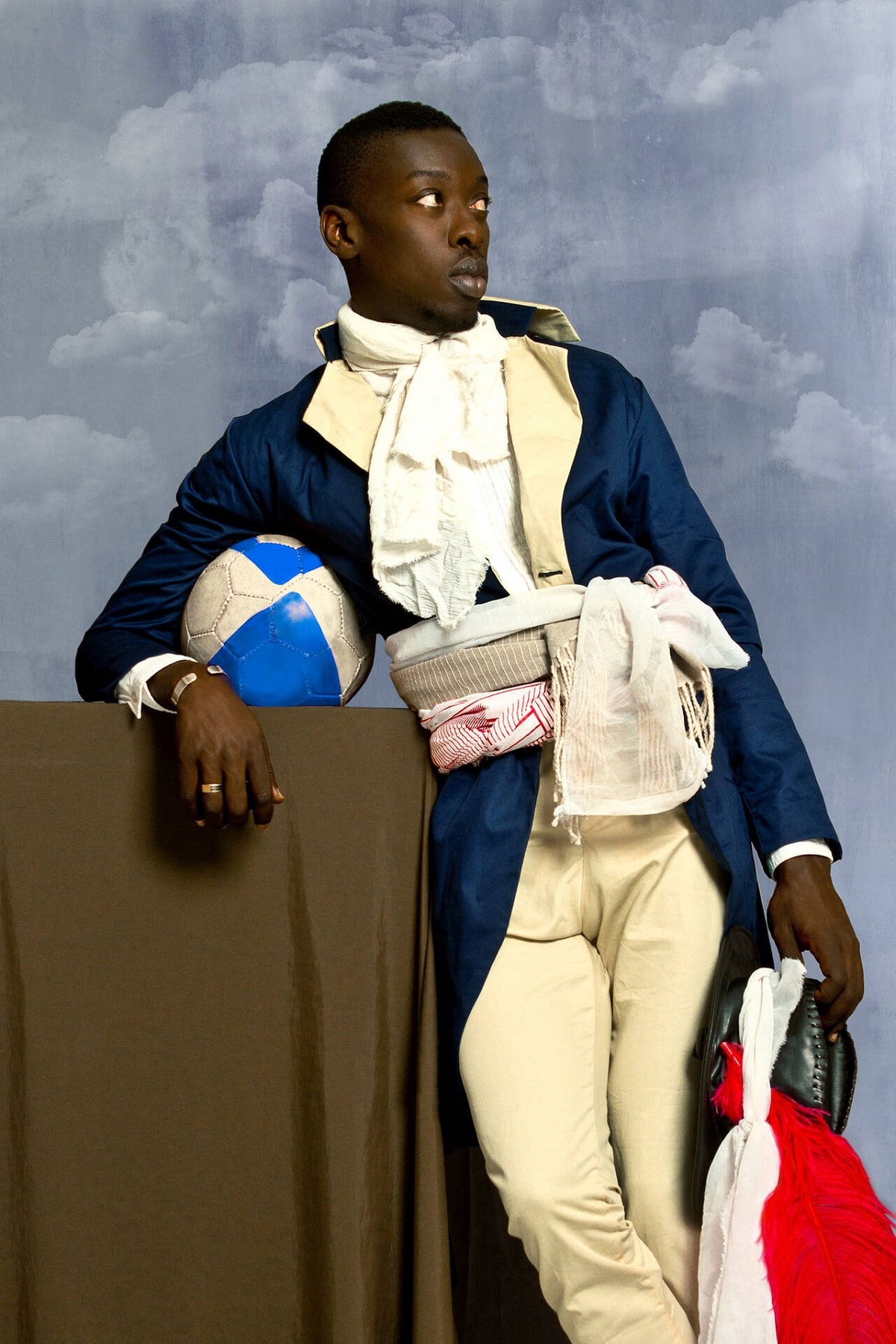 The V&A has launched its first major menswear exhibition, 'Fashioning Masculinities: The Art of Menswear', in partnership with Gucci. The exhibition is a poignant capture of what could be a newly diverse, hopeful, and momentous era in men’s fashion. Rosalind McKever and Claire Wilcox have spent four years curating the exhibition, which forms a timely reflection on men’s fashion. The past decade has seen unprecedented growth in menswear, commercially and creatively, but, perhaps most importantly, socially.

‘Fashioning Masculinities’ grasps the widening of the collective consciousness as to what is seen, felt, and being deconstructed as ‘masculine’; affirming the need to celebrate and protect the freedom to practice self-determination and creative expression. The curation features a vivid cross-section of menswear, predominantly from the 21st and 20th centuries. The collection also includes some centuries-old pieces, paying homage to the unique, historical moments and traditions of (predominantly) Eurocentric Menswear, many of which we see being revived on runways today. 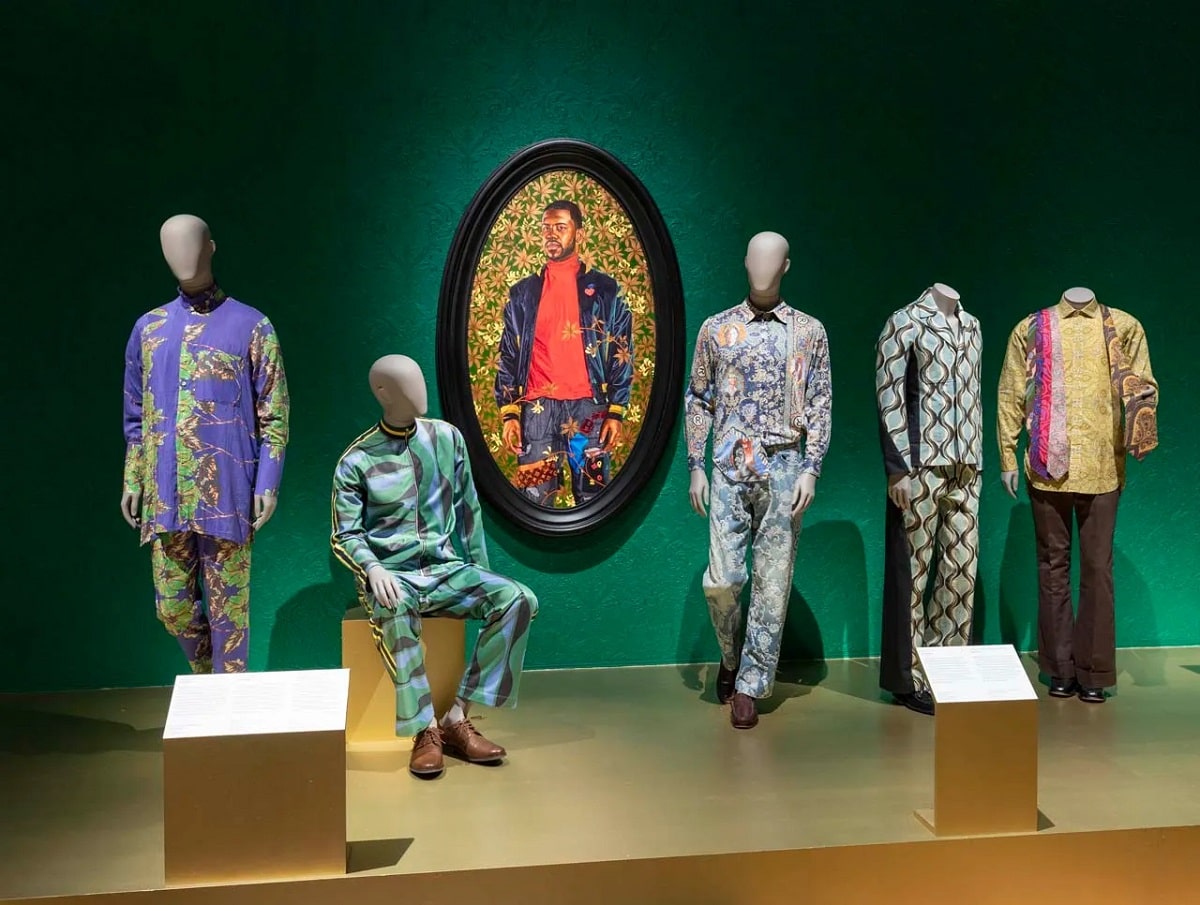 Notable highlights from the exhibition include, the Wales Bonner SS15 Afrique collection, Jean-Baptiste Belley by Omar Victor Diop, and, of course, The Gucci dress worn by Harry Styles for the cover of American Vogue in December 2020. At the entrance of the exhibition, a quote from Alessandro Michele, Gucci’s Creative Director, reads: “In a patriarchal society, masculine gender-identity is often moulded by violently toxic stereotypes… It’s time to celebrate a man who is free to practice self-determination, without social constraints, without authoritarian sanctions, without suffocating stereotypes.” Under Michele’s influence, Gucci has played a key role in recultivating the landscape of gender-identity in men’s fashion. His first ‘Menswear’ collection for Gucci featured both male and female models on the runway and was one of the first prominent luxury houses to recognise the industry’s need for change in its approach to gender reflection. 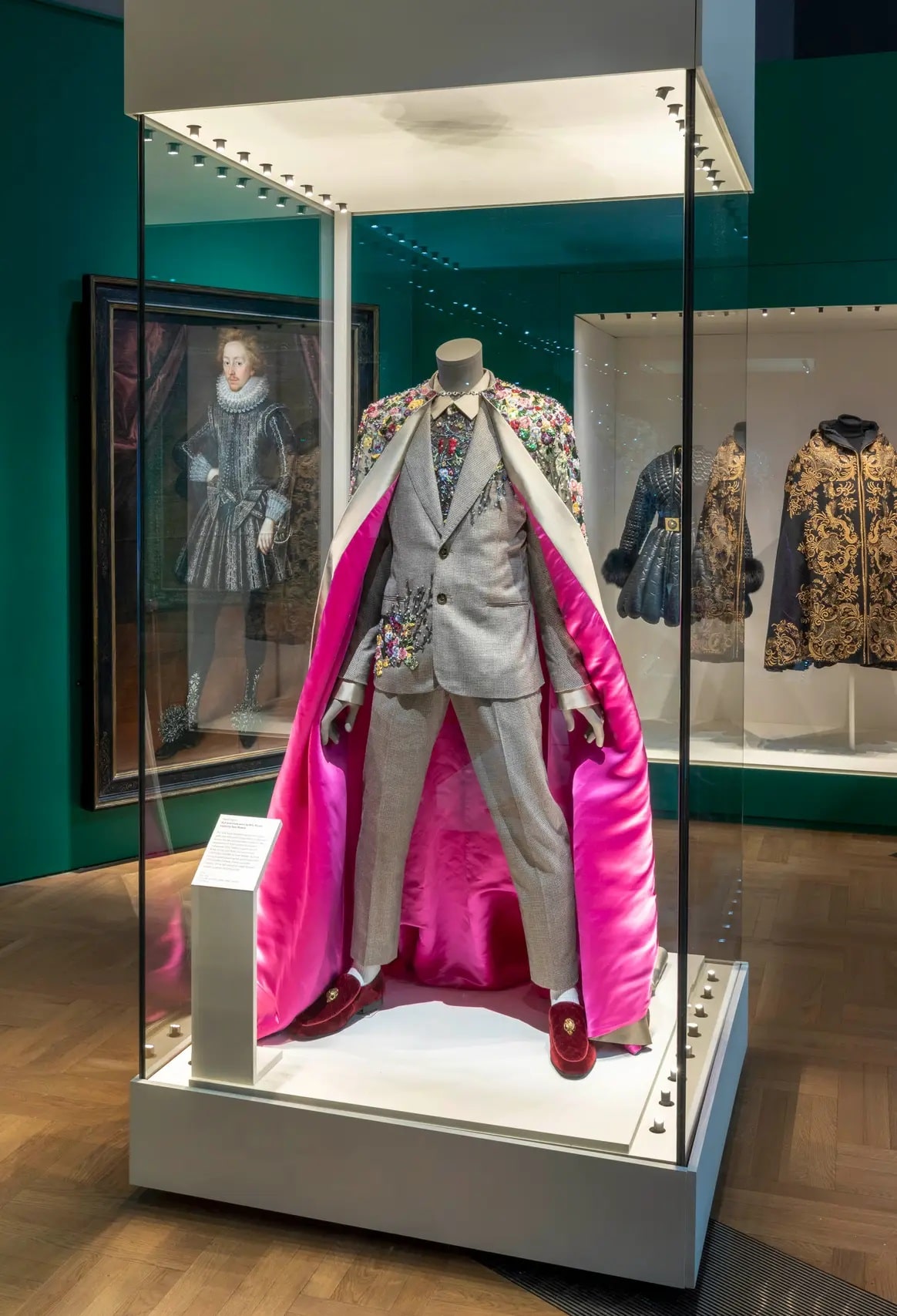 Michele has also been pioneering in defining what ‘The Art of Menswear’ means aesthetically in the modern era. His distinctly romantic, baroque textures have brought high-necks, ruffles, billowing sleeves and skirts to red carpets and high-street shops across the globe. The curation forms part of the V&A’s tradition of seasonal fashion exhibitions, which each year sits alongside its more permanent collection of historic sculptures, relics and ornaments. 'Fashioning Masculinities: The Art of Menswear' runs from mid-March to early-November 2022.