AN OUTDOOR AND HIKING STAPLE MAKING ITS WAY ONTO THE RUNWAY 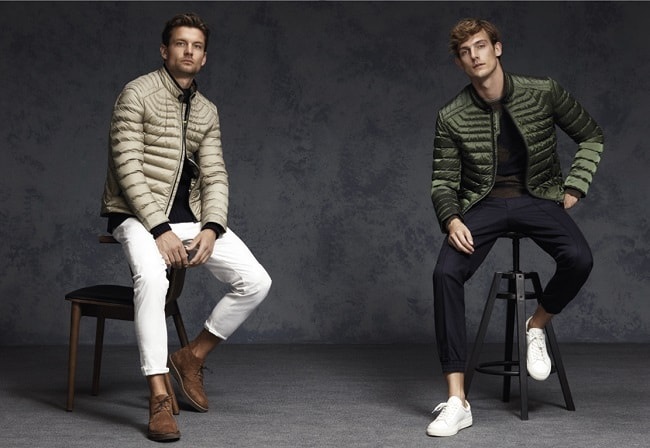 Who wouldn’t want to be wrapped up in a warm quilt when it’s cold out? That need for comfort in the face of frigid winds and below-freezing temperatures explains quilting’s current ubiquity – with your standard puffers and its presence on bombers, moto jackets, and even blazers. As a technique, quilting involves two layers of cloth stitched together with runs – some straight and others intentionally decorative. Its use dates as far back as the Middle Ages, when it created a lightweight, insulating material similar in use to many modern-day performance layers. Yet, in modern times, two layers aren’t just enough: A third layer or some kind of interlining gets added, while heavier down or synthetic insulation in the pockets creates more reliable warmth retention. In any case, the multi-layered material traps air and keeps it close to the body; with down included, the quilting prevents it from shifting around.

The modern concept of the quilted jacket is said to date back to the 1960s, when Steve Guylas, originally from the US, created Husky Ltd, a business creating and selling both thermal outerwear and quilted jackets. The company, based in Tostock, Suffolk, developed a waterproof, quilted polyester shooting vest, initially available in just blue and olive green, that became popular with Guylas’ club members. However, the British Royal Family, at the time, began sporting these pieces from Husky, and soon, celebrities and eventually the general public caught on. While the quilted puffer jacket has long been a staple of outdoor and hiking garb, its runway iterations tend to reflect Guylas’ early designs, down to the military implications. So, to attempt this trend, consider it through the following lenses:

Stick with the Original

Not every quilted piece is built to handle sharp gusts of wind and an hour or two of shoveling snow outdoors. Your traditional puffer fills this role. But, while it’s warm and occasionally packable, its fit sometimes makes you feel like the Stay Puft Marshmallow Man from Ghostbusters. And, that’s perfectly fine. Practical apparel has its purpose. But, in a back-to-basics approach, many runway looks resemble Guylas’ initial vests: textured, somewhat body heat-retaining, but streamlined. Think about those quilted Chanel purses from just a few years ago, apply the same diamond pattern to your jacket or vest, and opt for a navy, black, or olive-green shade, and what results is more of a heritage look that holds its own in cooler, but not cold, conditions. 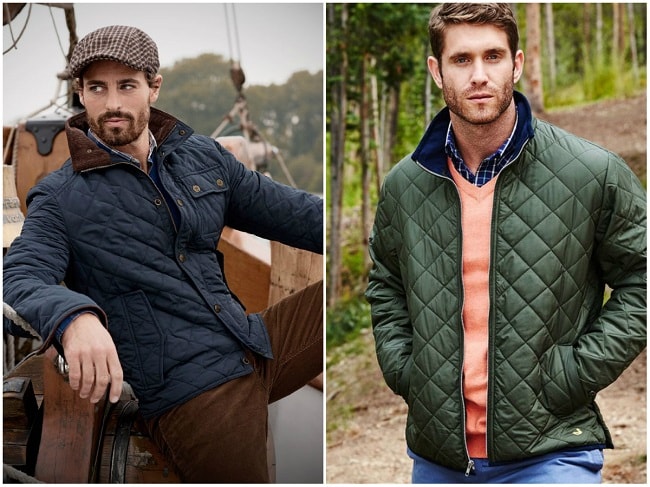 Although, this time of year, you might turn toward your trusted trench or pea coat, puffer jackets have a place – albeit as a completely unfashionably pragmatic item you only take out for a few months of the year or a reliable gorpcore staple. Yet, when it comes to purchasing a puffer, there’s a clearly tiered system: Yes, you can find something at your local department store, but outdoor retailers, like Patagonia and Stone Island, do it far better. Mainly, brands falling into the latter treat it as more than a shaped quilt with a zipper. What results tends to be a tech garment: Packable for a hike or ski trip, with a water-resistant outer and down insulation, equipped with multiple pockets, and even including an inner fleece layer. The fit tends to be more ergonomic, while the material won’t get soaked through or bunch up on a damp day outdoors. 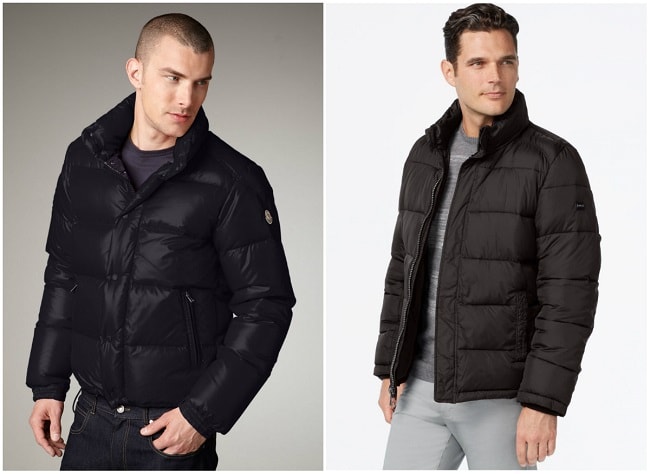 A Vest for Layering

Layering’s one of AW17’s biggest trends. While you can aim for the standards, like button-downs under a sweater, quilted vests lay out a few more options. Taking a thinner, traditional construction, go with more of a military-influenced design, and fit it under a casual jacket – a bomber, flight, or motorcycle jacket, for instance – or even a more formal camel coat or unstructured blazer. On cooler days, it’s perfectly fine on its own over a flannel or heavier cotton shirt. The colour and texture add those desired contrasts, and more practically, the quilting inserts some lightweight insulation. And, better yet, what you get looks far more on-trend than a fleece vest. 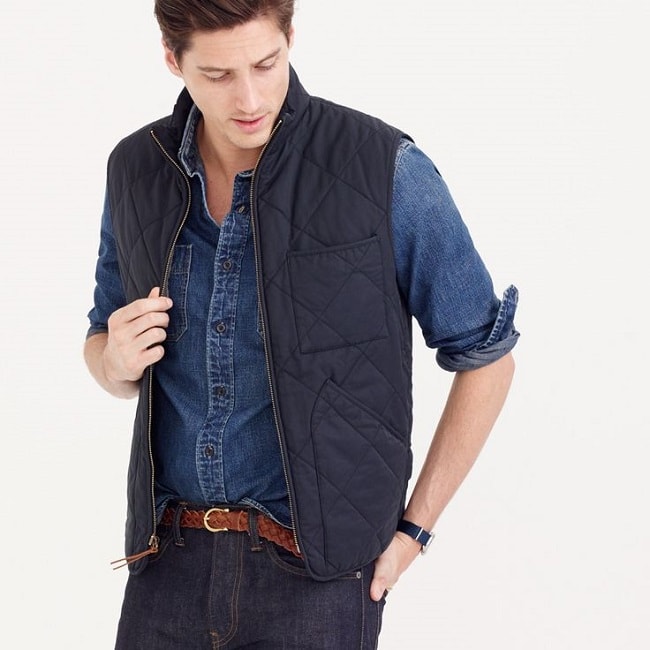 A hybrid piece can turn into a menswear monstrosity – short-suits or leather joggers, anyone? – or it can be kind of cool and practical simultaneously. Case in point, the quilted blazer. At a glance, it conceptually comes off as an anomaly. Worse, it brings to mind a puffer jacket with lapels. But, everything works in moderation, and this piece – almost like a fancier shirt-jacket – exemplifies this notion. Its base features the lightweight, non-insulated traditional construction of fabric held together with a diamond pattern, and a streamlined fit, with said lapels dressing it up. But, don’t go too far in the latter direction. Rather, the amalgamation makes more sense with a structured, single-button fit. 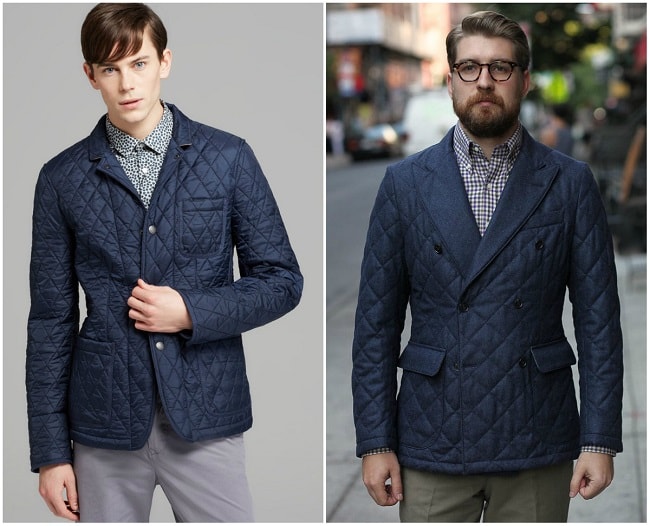 On the subject of the shacket, workwear – both in the practical and fashion-leaning senses – understands that a quilted liner has a place. Thus, while a garment has a flannel, denim, or cotton duck face, moderately insulating quilting emphasises the piece’s status as lightweight outerwear. As a result, you’ve got something resembling a tough, multi-pocketed work shirt, and an interior built to trap body heat for hours at a time.