LET GO OF YOUR ASSUMPTIONS AND EXPLORE THOSE OUTER LIMITS 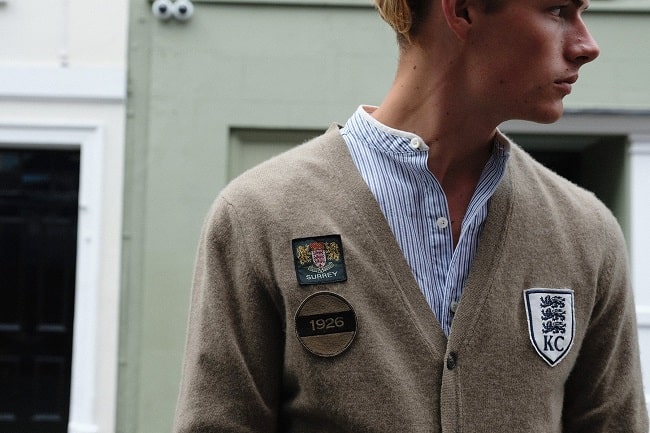 It’s autumn – you can feel it, see it, and even taste it. But, cider, leaves and pumpkin spice aside, the season that starts warm and leaves us with frost and snow is synonymous with layering – and particularly, knitwear. You think nothing of adding a sweater or even a marled quarter-zip over your button-down before heading off to the job, but these are far from your only options. As AW18 collections indicate, colours, patterns and new silhouettes have reinvigorated these standards, making a staple, frankly, a heck of a lot more fun.

When you hear the word “sweater,” what do you first visualise? A grey, greenish, navy or brown-hued, chunky knit combination - slightly baggy and oversized - automatically surfaces somewhere in your mind. Symbolically, it is warmth for a chilly day condensed down into a single garment that’s cut perfectly for wearing over a button-down shirt or roll-neck. The statement knit, a trend that caught our eye roughly a year ago, obliterates all that. Forget about cable knits; the finer the gauge, the better. With texture taking a back seat, it opens up the gates for colours, patterns, prints and graphics: If you can see it on a tee, bomber, or ski jacket, it’s now on a sweater, too. For colour-blocking, AMI and Hermes succeed with combinations reminiscent of ‘80s ski wear, while Stella McCartney enhanced hers with large, camouflage-esque animal prints. And, if loudness is what you’re after, Liam Hodges’ Mr. Blobby patterns infuse this autumn staple with a rave-appropriate colourway. 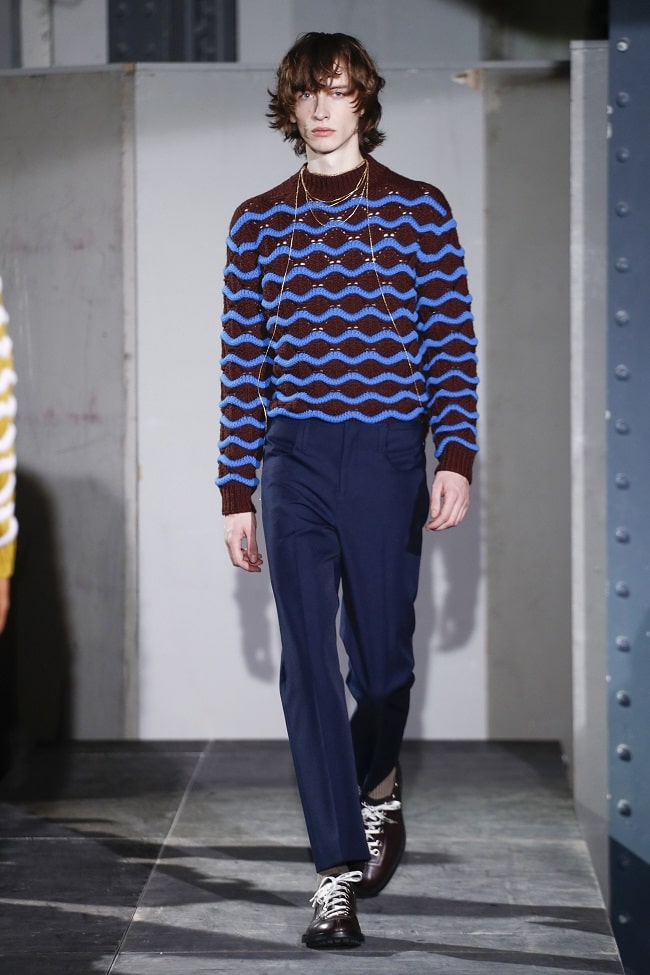 While Liam Hodges makes the case for nostalgic graphics, knitwear for AW18 appears to turn toward childhood memories at points. Band of Outsiders, for instance, looks back at Northeastern winters in the U.S., with days of hockey games, skiing, and ice skating all influencing his bold mock neck and V-neck pieces that easily layer over T-shirts and under puffy jackets. Kent & Curwen, meanwhile, take it to the sports fields, with styles designed more for autumn days kicking or tossing the ball around. Although the absence of rugby stripes strips the pieces of a clear allusion, raglan sleeves, slouchy fits, striped trim and patches give off that youthful 'not a care in the world' vibe that’s often missing from more mature fare. Yet, amongst the collections out there, Acne Studios took a more on-the-nose approach, with founder Jonny Johansson using school children’s sketches for his own designs. Although the longer, more spacious silhouettes suggest a garment you’ve got to grow into, bright yellows and blues, graphics of rocket ships, stars and planets, and the simplicity of wave-shaped lines present a more striking juxtaposition: The pure practicality of a wool-based knit garment with the exuberance, naivety and hopefulness of childhood. 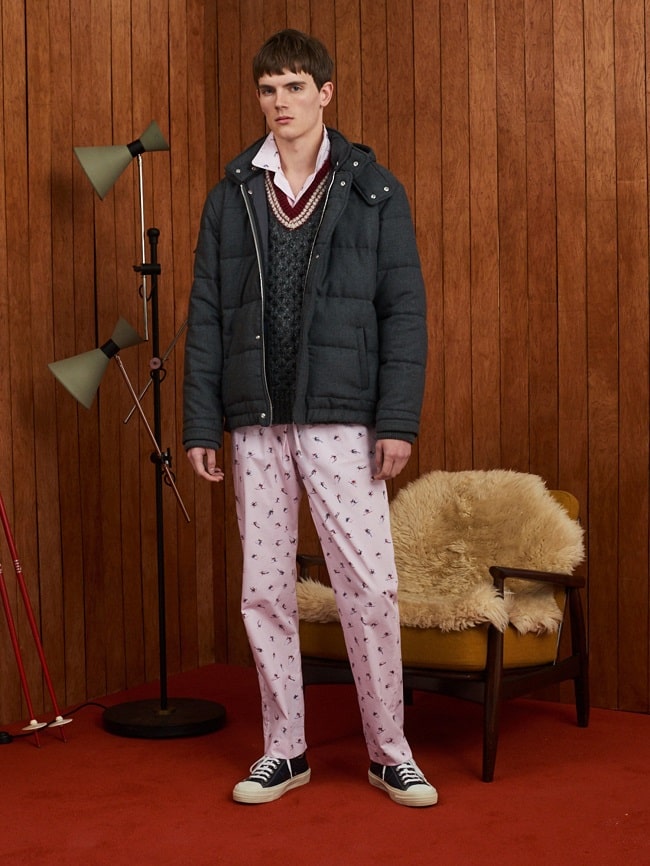 For AW17, JW Anderson elongated and widened the sweater’s typical proportions, creating one of Fashion Week’s more memorable silhouettes. It lingers around 12 months later, albeit with a more realistic outlook. Particularly, Lou Dalton, through a collaboration with knitwear specialist John Smedley, cut these exaggerations down – but not completely to size. Rather, her collection exemplifies one AW18 trend: Knitwear that has some space and length, but won’t entirely consume you. Inspiration from her youth in Shropshire adds to the uncouth quality: Knobby, fuzzy textures and multicoloured stripes pay no mind to the classics. Rather, they’re meant for having fun and staying warm in. Lanvin, meanwhile, experimented with angles. Within that wider silhouette, the brand went with an asymmetrical hem and a V-neck front, enhancing a typically slouchy style with less-typical structure. 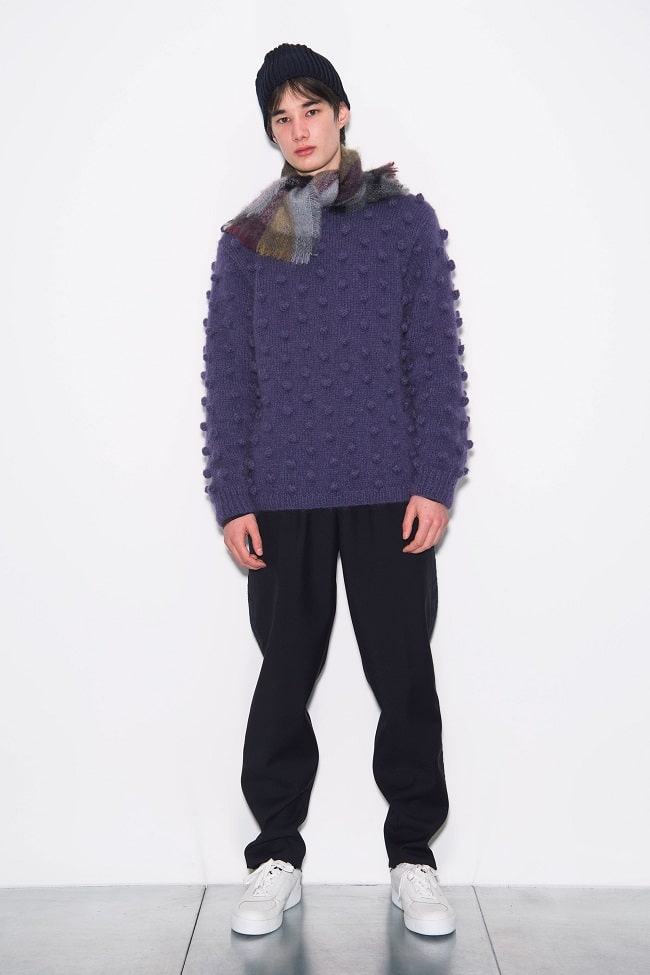 Whether actual or an illusion, a pieced-together look has the effect of taking together multiple materials, colours or patterns and putting them together in a single garment. Gosha Rubchinskiy, as one example, combined multiple camouflage and striped panels for one AW18 sweater. The result, while an eyesore to a certain extent, subverts the seeming randomness with a cohesive idea that’s repeated in multiple forms. Essentially, it’s a theme and its variations brought together. For another perspective, GmbH, in illustrating its AW18 theme of feeling like an outsider, places multiple patterns, textures and colours together to recreate that sensation of not quite belonging. However, it’s not as if a single aspect stands out or seems entirely out of place; rather, the disparities make each aspect come across as if it doesn’t quite fit, yet the garment’s entire construction is the force adding structure to each panel and strip. 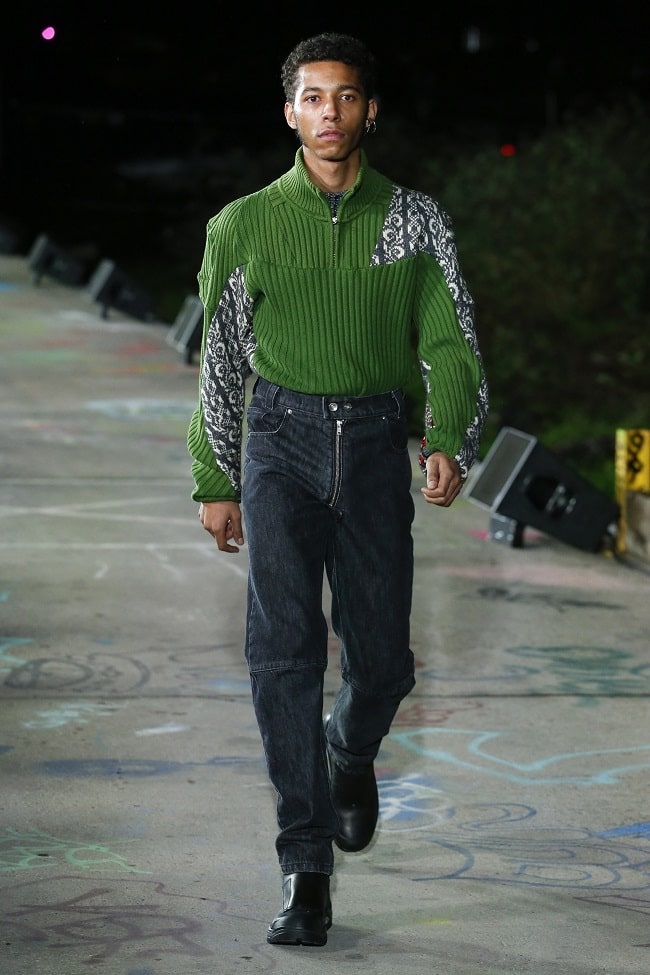 We associate knits with warmth, comfort and cosiness – a garment specifically for autumn that’s built for layering. Yet, in spring, the short-sleeve knit and polo showed us that this technique can be applied to almost everything – and isn’t exclusive to a single season. In exemplifying that notion, Brunello Cucinelli went with this concept and stretched it as far as it could go. For AW18, in particular, fine textures form the foundation for athleisure silhouettes like hoodies and crews, complete with a heathered look and V-notch like a Champion sweatshirt, can be zipped up and collared like a track jacket, and even stand out with colour-blocking. In short, AW18 makes it clear that, when it comes to knitwear, you’ve got to let go of your assumptions and explore those outer limits. 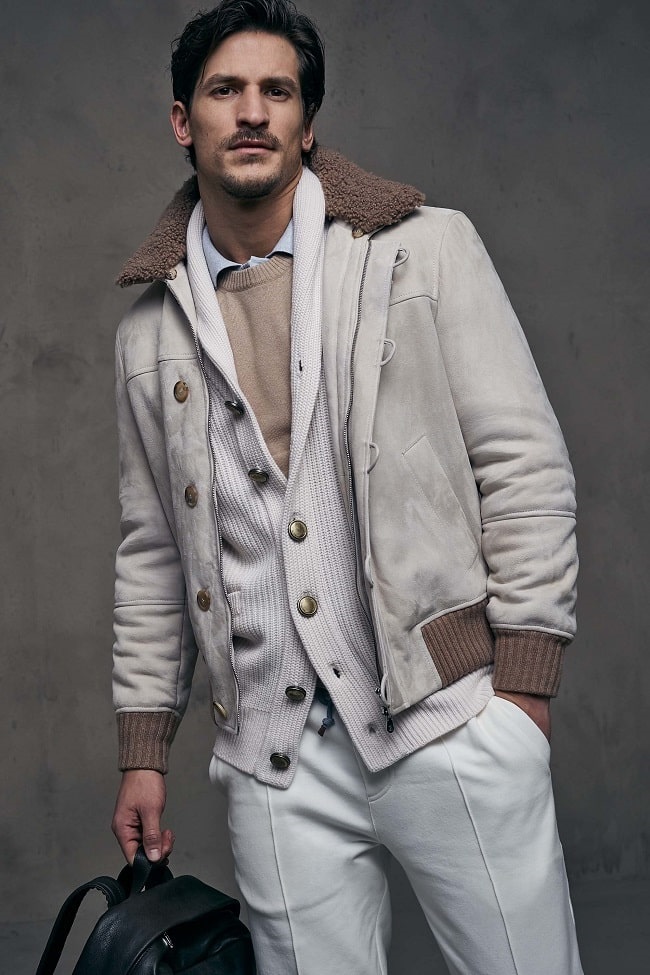