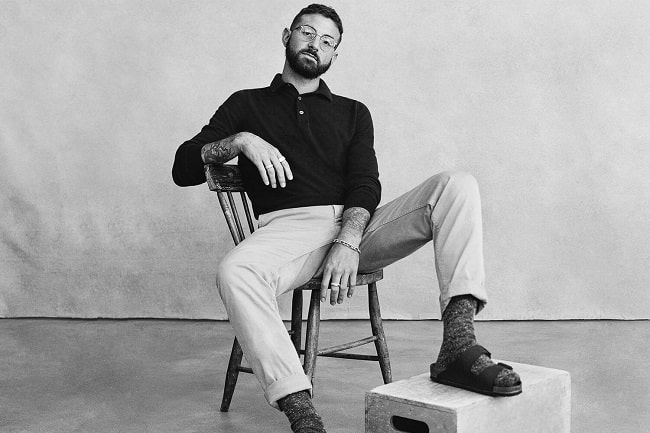 It’s so easy to make fun of Goop’s frou-frou wellness, but numbers don’t lie. The lifestyle empire started 11 years ago by Gwyneth Paltrow is now worth $250 million and only plans to expand. As part of that mission, men are finally being brought into the fold. Based on statements made in WWD, Goop’s readership skews nearly one-quarter male (23 percent, to be exact), and at health summits it’s not uncommon to see husbands accompanying their wives. Beyond just talk, Goop’s strategy is already unfolding, through a monthly newsletter geared toward men; a podcast titled Goopfellas; and a new menswear line, G. Label Men, which comes at the heels of its new swimwear line. All, to some degree, capitalise on the burgeoning grooming industry and the notion that men ought to be taking care of themselves through diet and lifestyle changes.

Both content initiatives hit this right on the nose. Just as what you’d expect, the newsletter and podcast feature input from paleo proponent chef Seamus Mullen and functional medicine practitioner Dr. Will Cole, known for his customised approach to digestive orders, and feature interviews with celebrities, healthcare thought leaders and CEOs on topics ranging from nutrition to addiction, trauma and mental health issues. 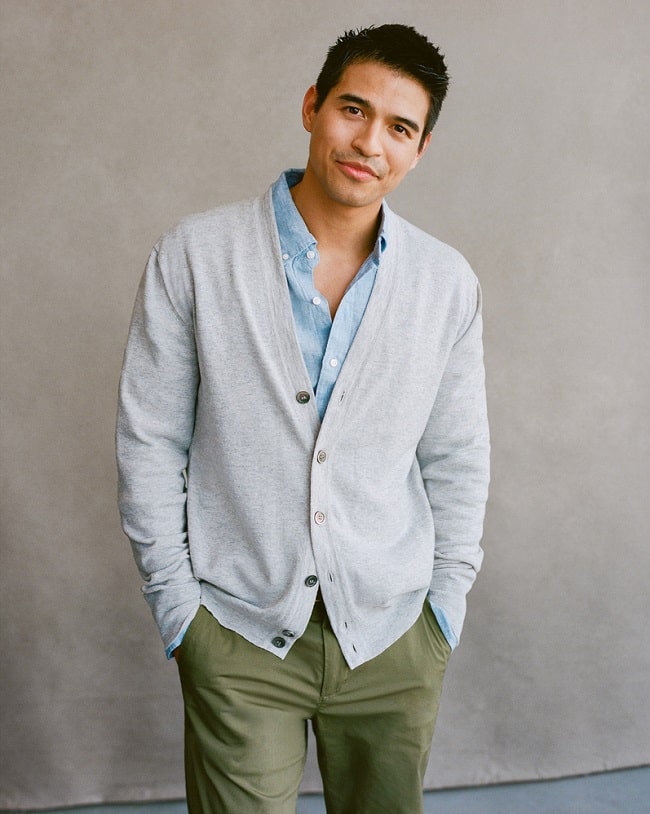 While all of this feels predictable in a “why didn’t we think about men before?” way (and makes us wonder if and how jade stone eggs will be recommended), G. Label Men represents the other side of the Goop brand: the bougie, buy-it-because-you-can one-percenter. There’s nothing particularly wellness-leaning here; rather, based on its small but fastidiously curated start, G. Label Men centres around extremely refined and high-quality basics. And, by that, we mean cashmere hoodies that, from a close look, seem like something you might’ve picked up at the mall 10 years ago. First, for some context: Goop’s approach to menswear mirrors what we saw from The Row roughly a year ago. By that, both brands dabbled with menswear on multiple once-off bases before deciding to put together a full collection. Another overlapping area, the emphasis on classics and basics built upon ultra-luxury tailoring. Here, though, is where things diverge: Whereas The Row started off relatively diversified, from button-fronts and blazers through knits, G. Label Men rests exclusively on the latter. How far that’ll take them, we’ll have to wait and see. 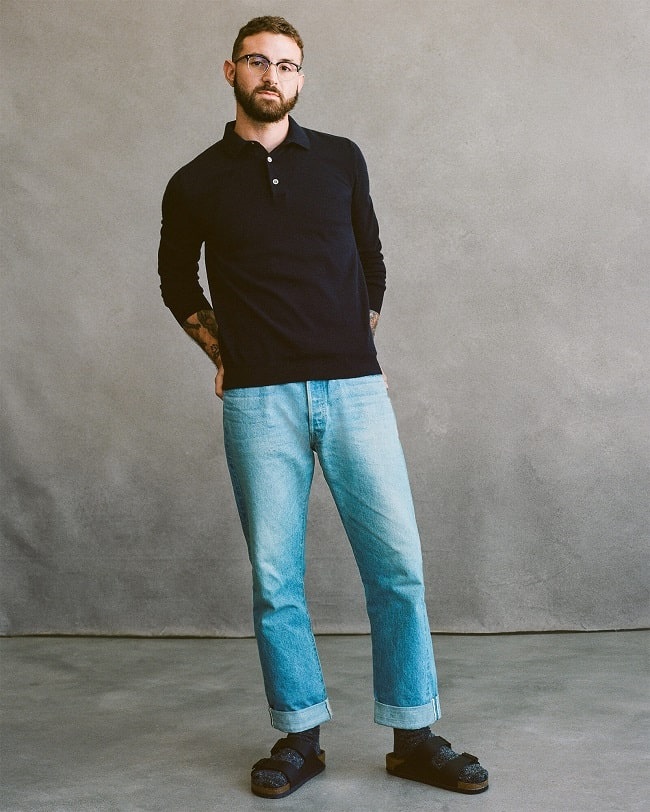 Also based on that WWD report, G. Label Men, for the time being doesn’t feel the need to reinvent what already seems to be working. “We’ve reimagined staples already in a man’s closet, made in Italy with fine yarns and special details like cover stitching and drawstrings with leather pulls,” Shaun Kearney told the publication. Right now, those run – at least visually – ultra-casual, including crews, a cardigan, a polo, and hoodie, covering six pieces total. On the other hand, as Versace patterns and streetwear silhouettes take over runways, certain brands and consumers have reacted by going in the opposite direction. Minimalist menswear is the response, and Goop’s oeuvre fits squarely within its boundaries. Nothing feels revolutionary (and that’s the point), and all of it is in neutral tones that fit in seamlessly with a man’s existing wardrobe of chinos, tees, and button-fronts. 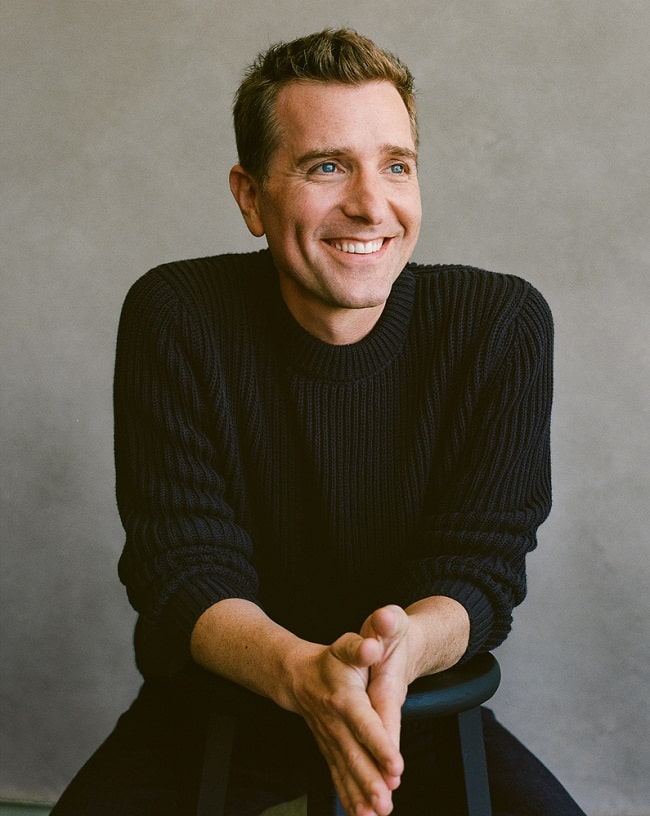 With Goop’s debut, though, a crew’s not just a crew. Elevated far above what you’d find in a three-pack of Hanes and even farther than that ultra-comfy Buck Mason tee, theirs is based on extreme high-quality construction. Cashmere replaces the typical acrylics, wool blends and cotton, offering an elegant, elevated take on something seemingly ordinary and unexceptional. Linen, while more accessible, enhances cotton with an extra degree of breathability. And, no matter which piece you select, it’s woven in Italy, at the same factories other luxury brands use, with Italian yarns. Beyond just the knit, though, no detail was left unchecked. In fact, you can easily picture a creative team, somewhere in a sparsely decorated contemporary room, discussing the pros and cons of contrast stitching and how much value it indeed gives to the garment. On one hand, an average consumer might not even give it a double take; for the discerning one not looking at a price tag, however, it’s a make-or-break facet. 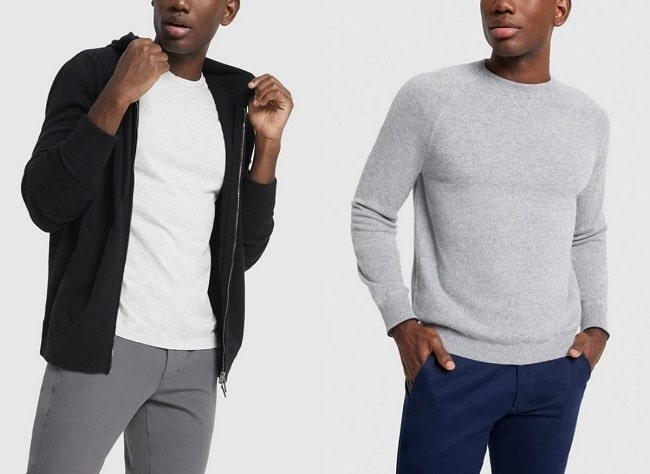 And, that eagle eye appears to pass over every button and every seam. Looking past the big-picture details like knit style – as a note, this collection ranges from light and ultra-fine to chunky fisherman’s ribbing – aspects ranging from leather pulls to agoya-shell buttons feel thought out and deliberate. As such, nothing feels tacked on, like a default, or tossed off, and that amount of decision making is likely one of the reasons prices begin at $450. But, when you look at the big picture, a lot of it feels like fussing over something that’s going to fall into the sports luxe category, no matter how you spin it. And, from this angle, Goop’s effort comes off as unfocused. In spite of the cashmere, in spite of the contrast stitching, what you’re left with still looks like a slim-fitting Champion sweatshirt or an unexceptionally slouchy black hoodie from a distance. While not everything luxurious has to be showy, Goop’s debut looks like a lot of hoopla for something that’s very middle of the road. 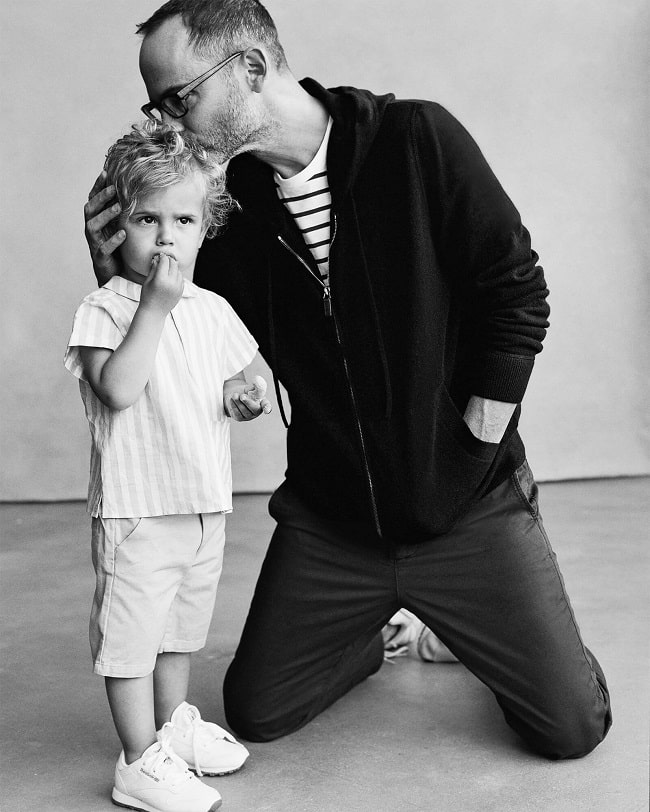 Granted, their redefined basics are meant to last a while, and be so comfortable you want to live in them, but classic and minimal shouldn’t be devoid of character. There’s simple – and then, there’s sterile – and for the time being, G. Label Men comes off as high-priced sterility. Strictly based on the men’s collection, the brand’s nebulous identity seems attached to other things – all actual or socially perceived components of Goop – but the result isn’t cohesive, and its pervasive blandness makes you not want to figure it out.