WHAT’S DIFFERENT ABOUT PREPPY STYLE IN 2021?

Written by Ivan Yaskey in Trends on the 13th October 2021 / What’s Different About Preppy Style in 2021? 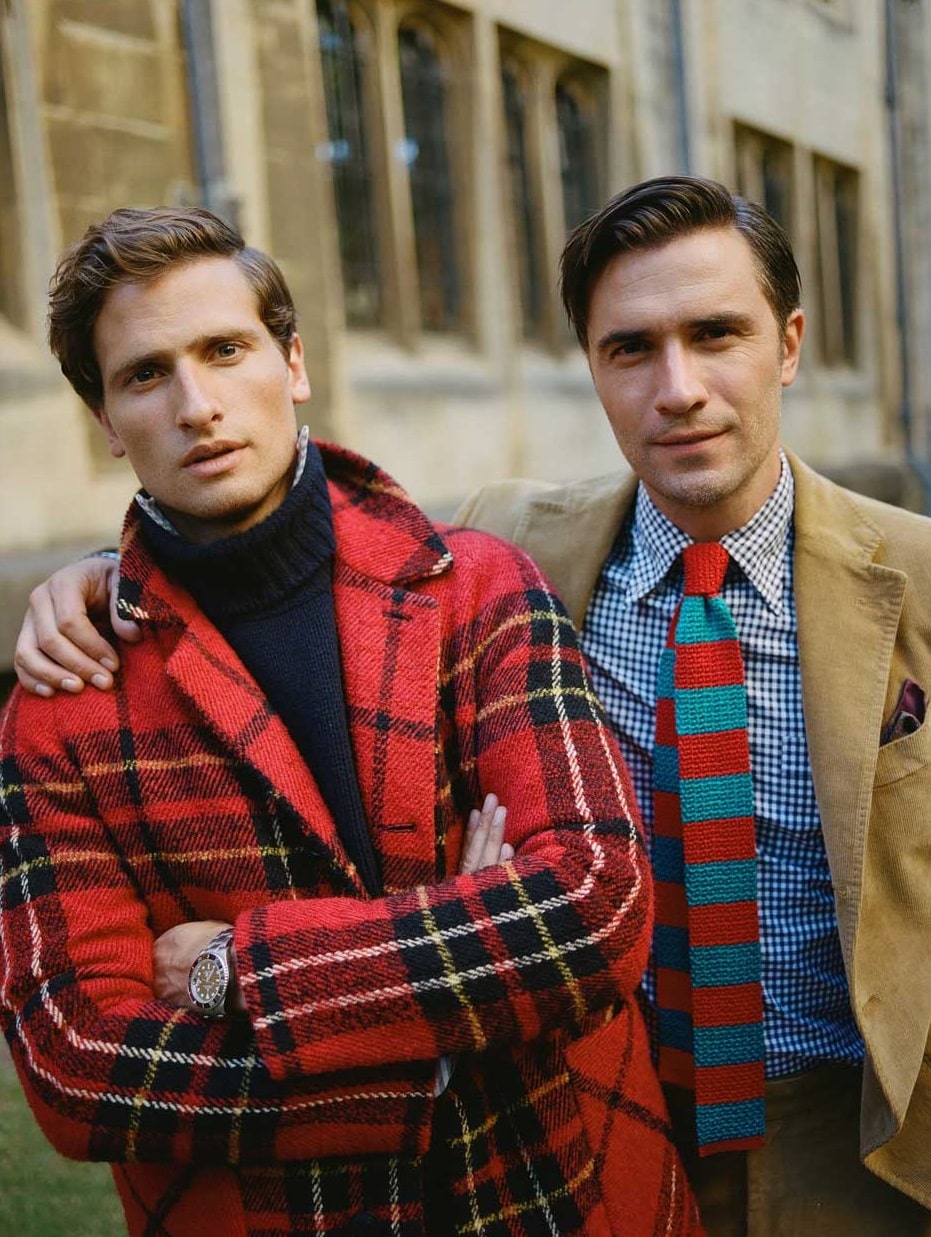 What does it mean to revive a trend? Do you pick it up, attempt it as it was, and then breathe new life into it? Or do you take components – shapes, colours, and forms – and rework them, distorting and deconstructing them into something new? If you’re partial to the latter definition, then yes, you can say menswear’s in the midst of a preppy fashion revival. But, “revival” here seems too simplistic, as if you’re taking the clothing associated with American old-money upper classes and ignoring all they stand for – the exclusion, the classism, and the faux we’ve-made-it bootstrapping.

Instead, the plethora of rugby stripes, polo shirts, pastels, and L.L. Bean-inspired gear veers sharply away from its source material. What’s resulting – seen from streetwear-leaning prep like Rowing Blazers and Noah to the riding club-hinting recent GmbH collections – no one would describe as admiration. Rather, you could call it “appreciation” in its loosest form: a foundation of irony, a barebones base from which to grow, and walls – figurative and literal, both with access to opportunity – getting chipped away. 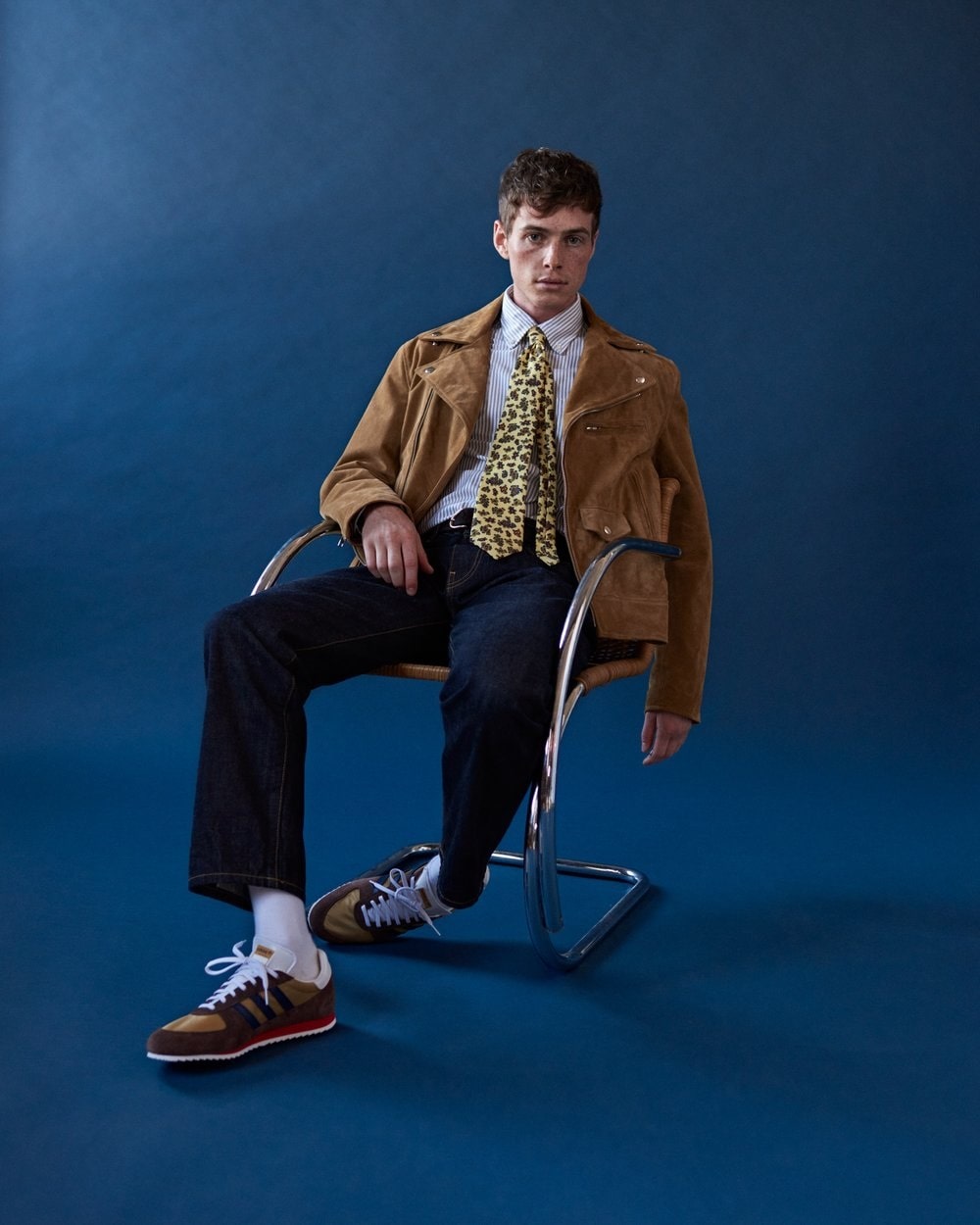 Preppy, as we’re seeing, is a template – almost a blank, partially formed slate on which to draw up ideas. New prep doesn’t so much pay tribute to the new form as it exists as something to twist around. We’ve seen the streetwear-lensed view, we’re noticing new interpretations of athleticwear, and their emergence comes at a time the role of influencers and “California rich” have come into question.

What is Preppy Style?

Preppy style – both in American and British senses – overlaps with ivy or collegiate fashion, but the two aren’t exclusive. Rather, preppy style – of quality clothing in direct, more utilitarian cuts – forms the backbone of Ivy League and Oxbridge dress codes. At the same time, hallmarks of classic collegiate dressing – think chinos and Brooks Brothers madras shirts – have influenced what we call prep. 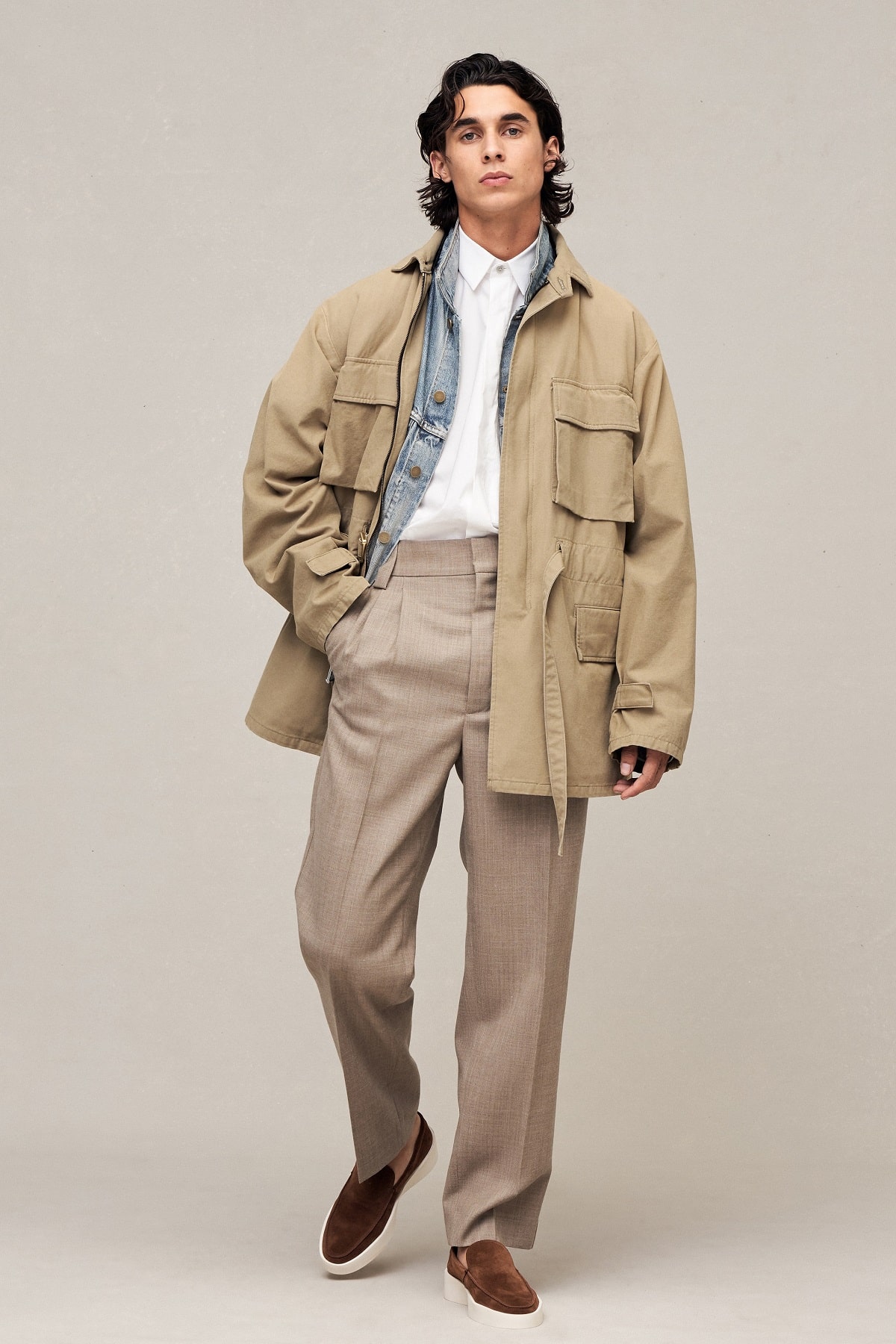 In a purely literal sense – no irony, no social commentary – basics make up a standard preppy wardrobe. Think polo shirts, a crisp button-down, V-neck sweaters, fleece quarter-zips, chinos, unstructured blazers, and loafers, boat shoes, or brown dress shoes. Many of us who’ve never aspired to this lifestyle have at least a few of said items in our wardrobe. The difference – and what pushes them into the realm of ‘80s teen movie villain style – are the colours and combinations. The mix of whites, tans, and pastels, with just a touch of navy. Or it’s the subtle display of select brands: the Ralph Lauren polo logo, the Lacoste alligator, or the Vineyard Vines’ whale. At a distance, you wouldn’t notice them, but up close, they catch your eye like a large ink blot.

Then, there’s the vibe they give off. Yes, you’ll see school-age teens dressing like this to some degree, but preppy style gives off the character that you’re headed somewhere along the New England coast – a rocky, coastal hamlet in Maine, where duck boots help you explore the shores, or the exclusivity of Martha’s Vineyard – or on the other side of the Mason-Dixon line, like you have a weekend in Charleston planned. 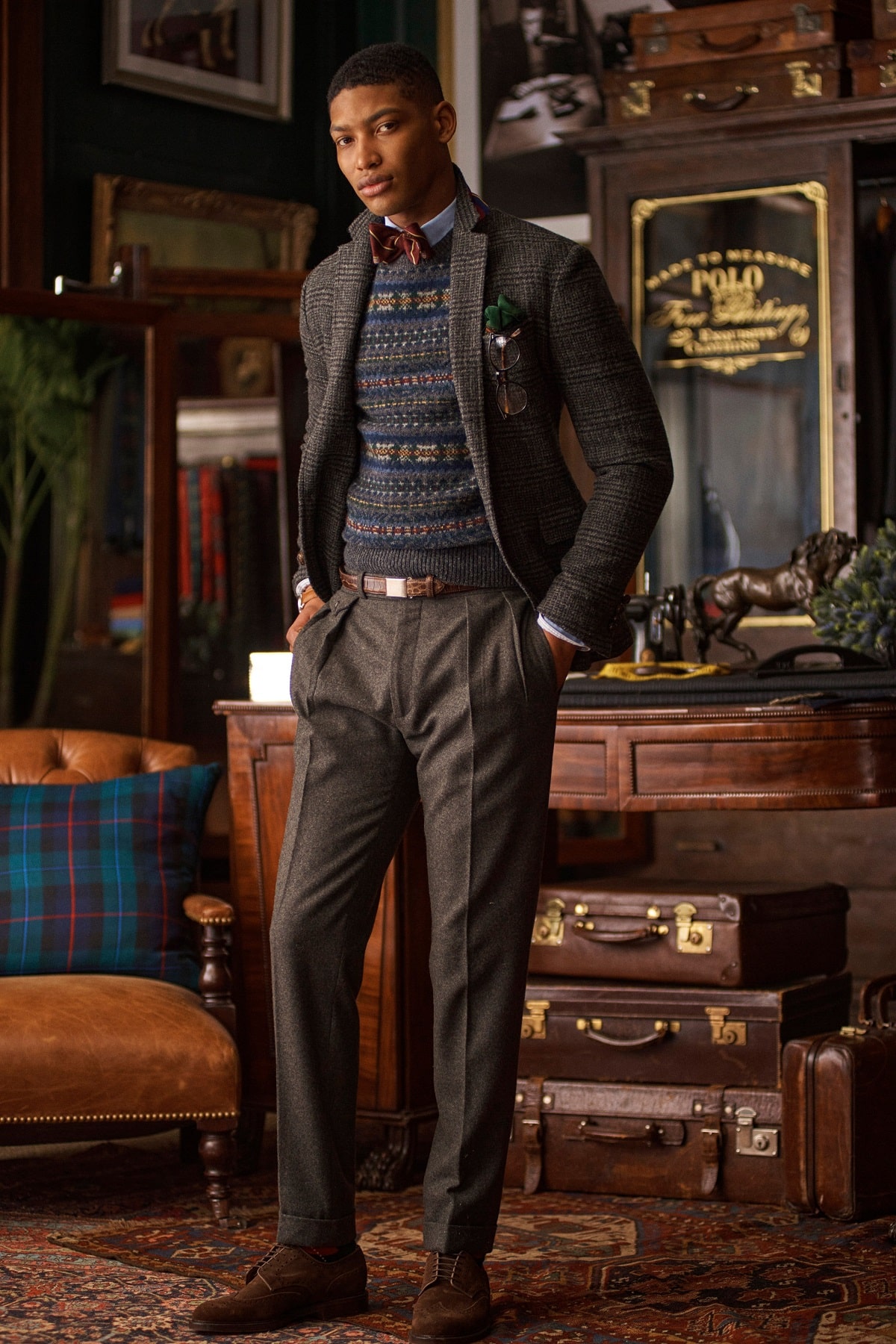 What we generally perceive as preppy style emerged somewhere in the 1900s, primarily on U.S. university campuses. Over the next few decades, activities like golf, polo, and crew influenced what students wore. Generally, at this point in time, Ivy League universities were reserved for the well-heeled, typically white and usually male – and a select few with the academic smarts to pass through the front gates.

By the 1980s, brands like J.Crew and Ralph Lauren made this aesthetic more accessible, rather than solely leisurewear for the upper classes. Today, preppy style at its most absolute should never appear too dressy, yet even such basics as a polo and chinos should look expertly and precisely coordinated and cut.

Of course, in certain enclaves, you’ll see preppy style persisting without a whiff of irony. For the rest of us, preppy has taken an ironic turn – one that simultaneously questions its classist and racist undertones and reworks these symbols. The result breaks down the perfection, resulting in more oversized, wide-cut silhouettes, and stretches the boundaries of already-questionable taste through all-over prints and bold to neon colours. This is what you’d get if you stole all of Abercrombie & Fitch and Ralph Lauren pieces from a thrift store, didn’t care about how they fit on your body, and then dyed and altered them on your terms. 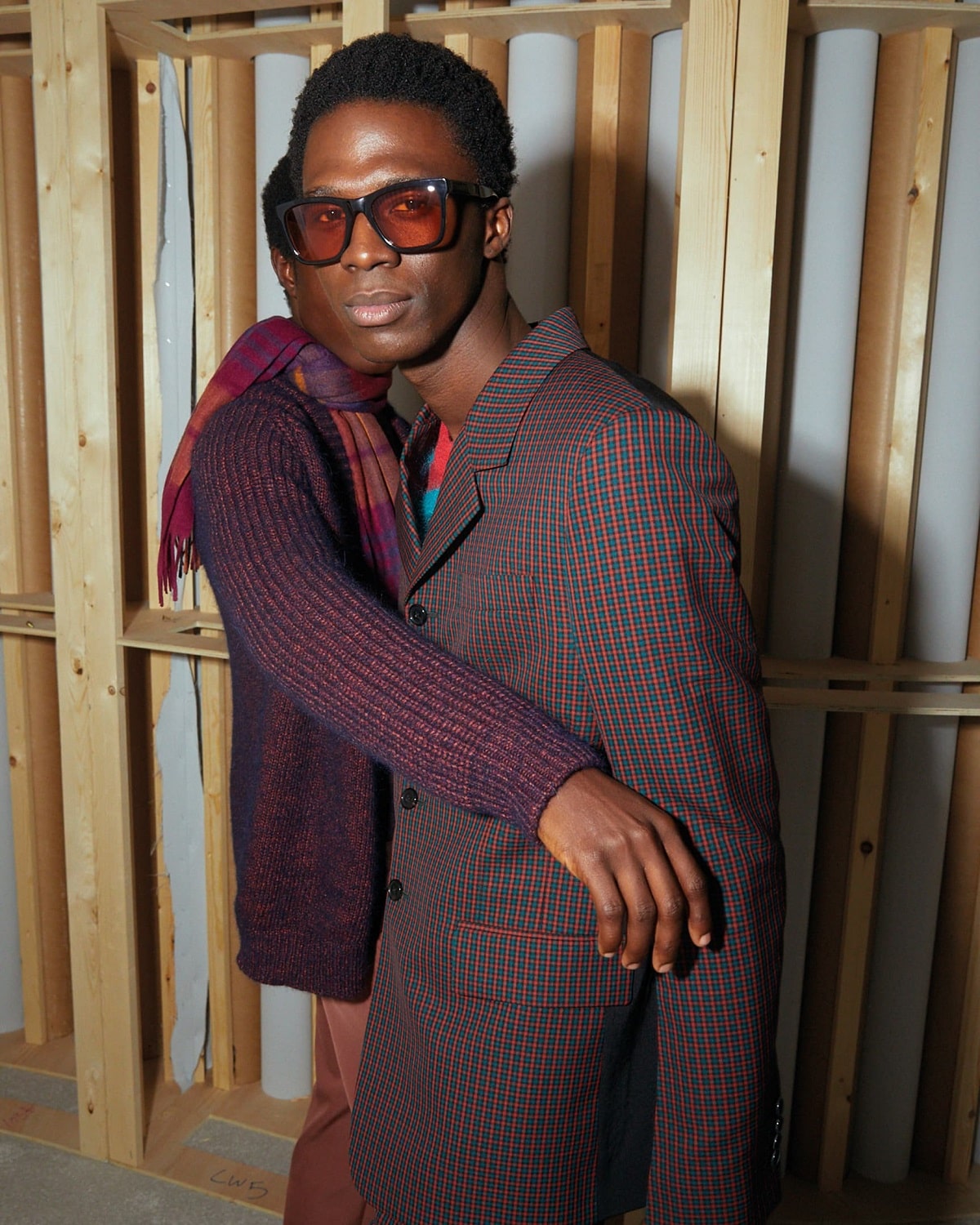 This version of preppy only retains ties to its roots through the barebones garments. You can see a button-down collar peeking out from above a V-neck sweater vest, and the familiar two-toned, ridged form of a duck boot indicating you’re going outdoors – albeit for nothing too extreme or strenuous. Collectively, this update signifies the traditionally excluded – basically, everyone outside of the “old money” class – usurping the symbols of a supposedly more privileged life and adapting them to their tastes.

At the same time, brands traditionally associated with the preppy lifestyle – Brooks Brothers and J.Crew, the latter of which recently appointed Noah’s Brendon Babenzien as men’s creative director – have started to question their own status and symbol. To some degree, through the 2000s, affording and wearing preppy digs made it seem like you made it – like you’ve finally found the American dream. But, from prep schools to college admissions to networking into a corporate executive role, much of that path comes off as exclusionary – through class, race, and any factors not indicative of American upper middle-class whiteness. Those with even a touch of social awareness have started avoiding such brands and what they embody, leaving their creative teams to rework their cuts and message for a consumer that’s on the up-and-up but doesn’t embrace the trappings of “old money.” 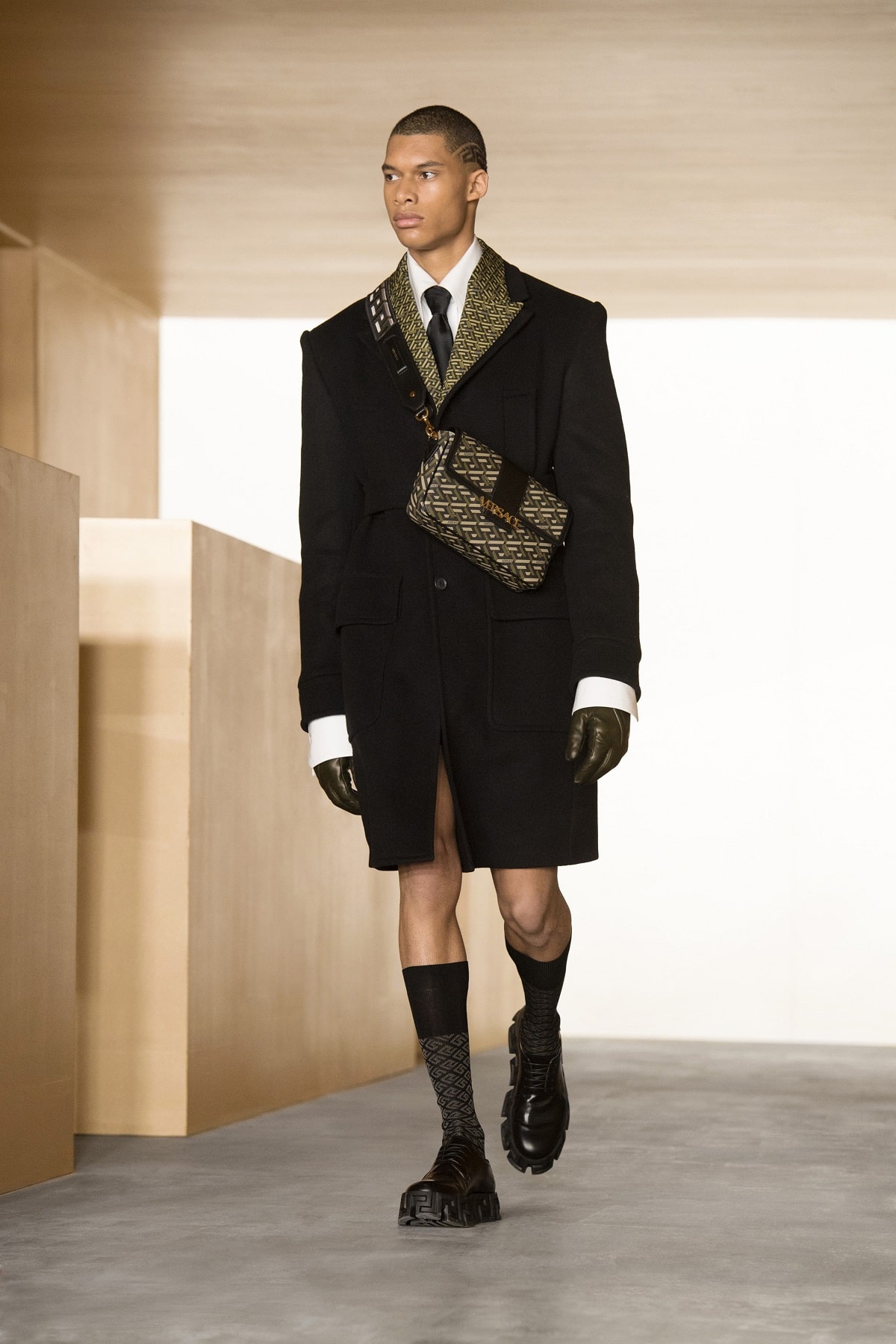 On the other hand, the trend barometer of TikTok has pointed to a few offshoots of preppy that admire more than question its symbols: Die-hard old money worshipping, with Gen Z essentially attempting to emulate the world of the original Gossip Girl, and “dark academia,” a Harry Potter-esque aesthetic of prep school and personal libraries and lots of deeper-hued plaids and tweed. Yet, despite the angle, the approach is similar: An audience, perhaps excluded through the current stratification and class-climbing stagnation, that yearns for such an aspirational lifestyle.

The appropriation aspect further overlaps with how we perceive wealth – the symbols and attitude, and not just piles of cash. Ironic or reactionary prep, as it’s being called, comes at a time of influencer backlash and a deliberate against-the-grain attitude of being “California rich” – flaunting your wealth for everyone to see, from lip injections to sporting hard-to-find Supreme. Instead, in thinking about how fashion goes through 20-year cycles, it’s a return to the understated, sometimes cheap preppy styles of the 2000s – and a more low-key version of the Y2K aesthetic in contrast to the rave wear, new punk, and sportswear Gen Z seeks out secondhand to emulate. 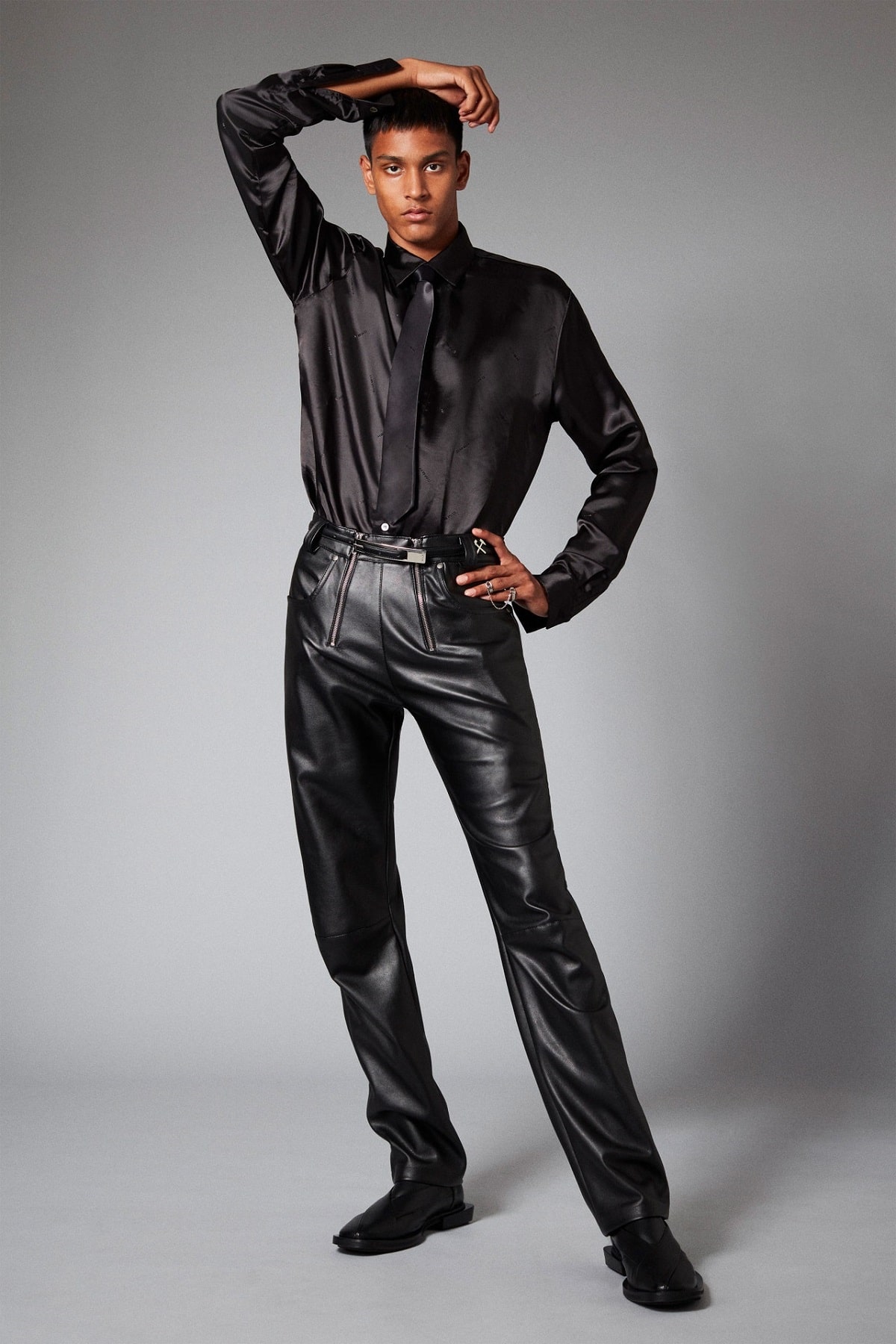 In further considering this cycle, preppy fashion in 2021 goes back to the style’s roots – sportswear, specifically. Rather than jerseys, what we’re spotting continues to pull from golf, tennis, and polo – partially literally, in terms of cut, but also updated for someone more interested in patterns and prints who might not always feel welcome to join the company executives at the country club.

The perfect embodiment of “new” preppy style is Todd Snyder’s L.L. Bean collaborations. At the foundation are what most might typically describe as prep staples: chinos, duck boots, and medium-gauge knit sweaters over button-front shirts, but beyond these basics, each garment serves as a template for a new palette of colours and all-over patterns hinting at L.L. Bean’s outdoors-leaning character. Snyder has described them as outdoors for the city but still heavily influenced by the essence of Maine – or what we’ve been seeing from streetwear and outdoor brand collaborations for the past few years – and an effort to add a youthful, more fun take on what are essentially uniform pieces. From this template, reactionary prep means going past tradition: not taking the rules literally and looking beyond how restrictive prep style can sometimes feel. 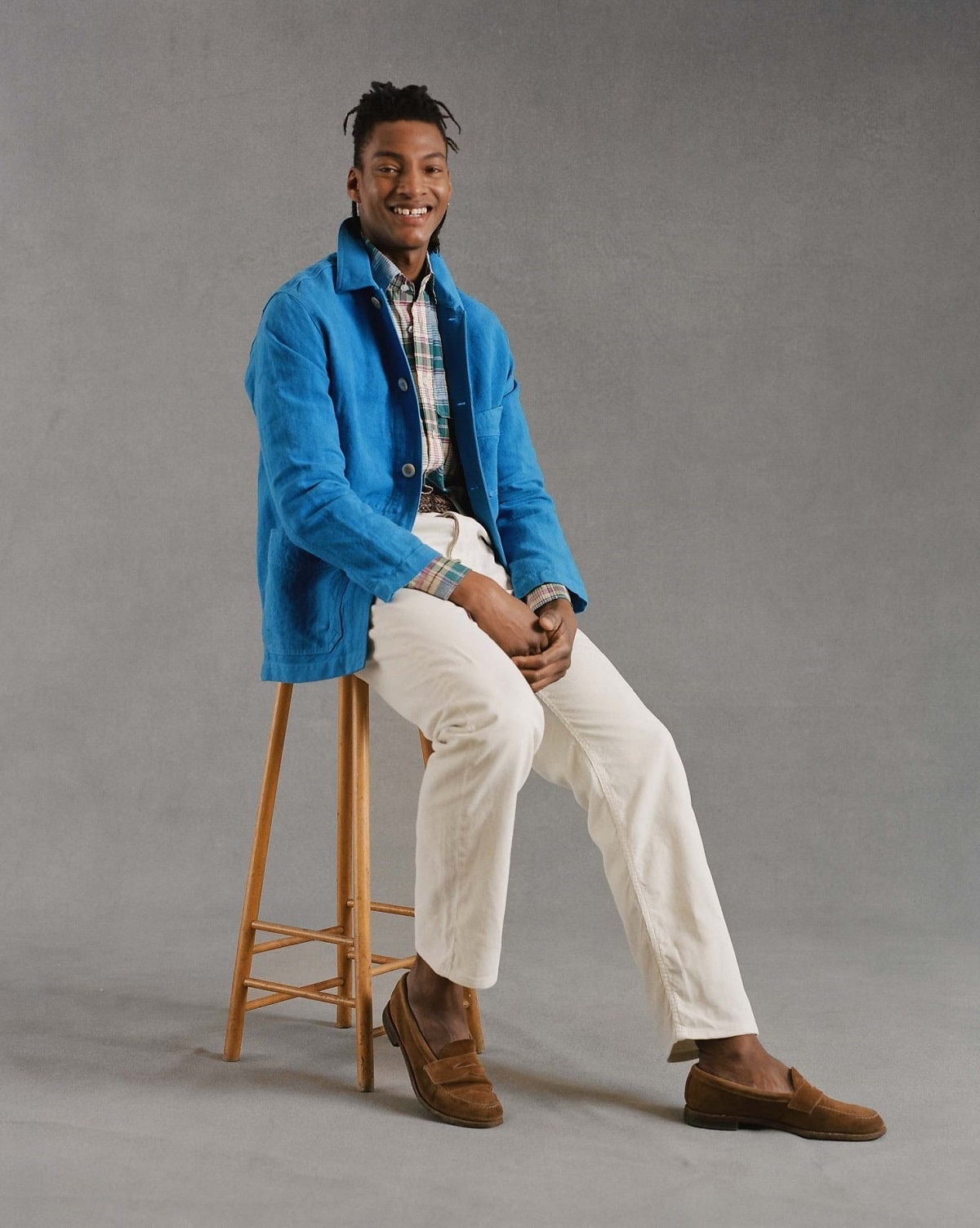 New prep mirrors what we’re seeing from what’s being called tailoring 2.0: essentially, tradition exaggerated through oversized, longer, or wider-cut silhouettes. Just as double-breasts wrap around the body and trousers bag around the ankles, resulting in a louche, leisurely vibe among what’s been considered a menswear staple for decades, reactionary prep breaks down the clean lines and precision.

What does this look like? Think baggy V-neck sweaters and cardigans contrasting in material and colour to the button-down shirt underneath. Chinos no longer cut an even line; instead, you notice them mimicking suit silhouettes with their shapelessness. At the same time, a cropped garment might add definition – think of all those cropped blazers we’ve been spotting – but it’s intentionally wider to at least partially obscure the torso. The concept has spread even to footwear, with loafers standing on a thicker, chunkier outsole. 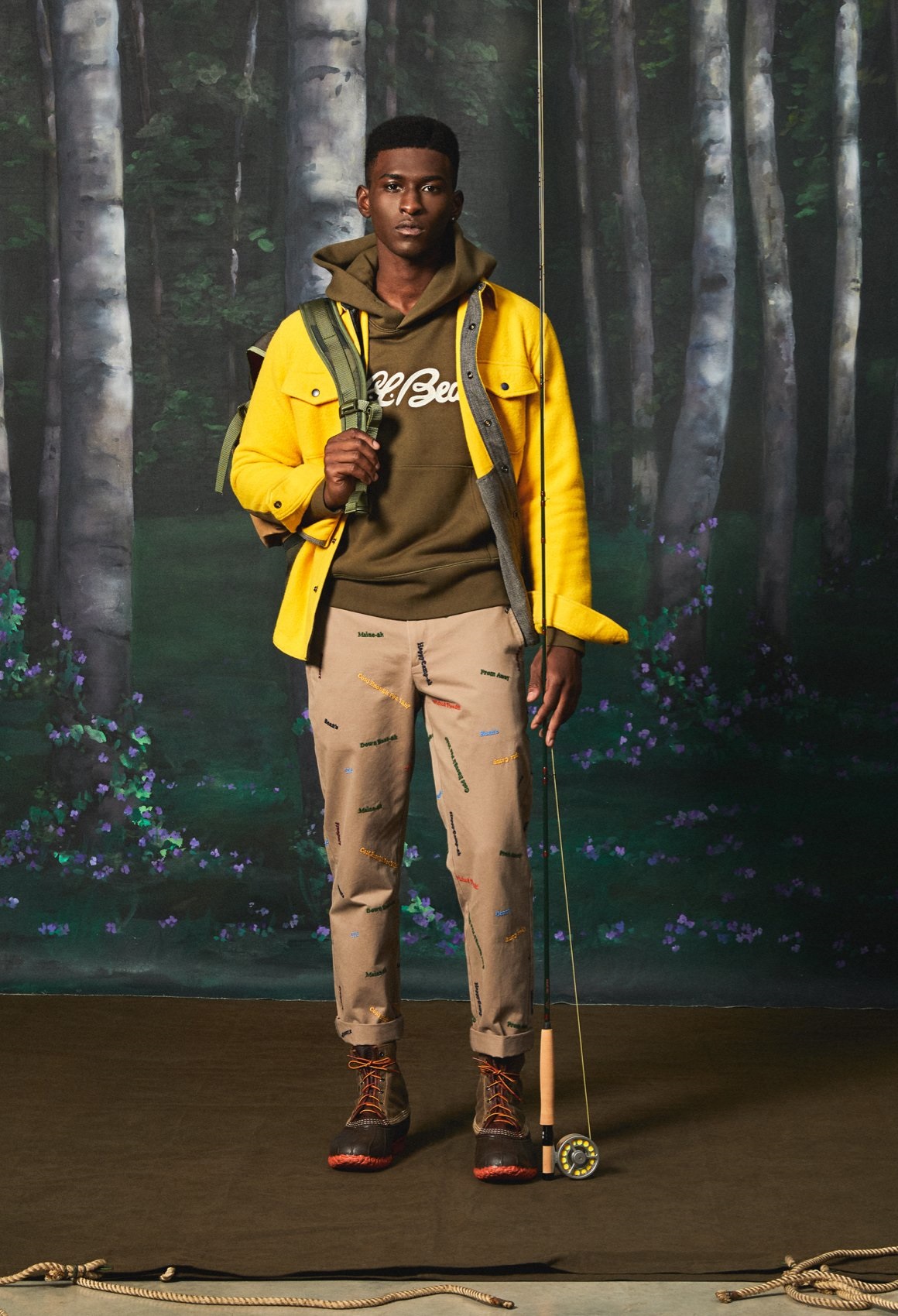 Experiment with Colours and Patterns

Think past neutrals and pastels to bolder, brighter colours that would likely defy country club dress codes. You’re not there to blend in – your wardrobe’s making a statement about looking at tradition and its implications in your rear view mirror. Considering their simplicity, prep silhouettes in both traditional and oversized forms are ripe for experimentation – essentially serving as a canvas. Add some paint splatter, an all-over graphic, or something geometric. Or, even just in line with AW21 trends, opt for a more saturated red over a light pink or sandstone.