WHY MENSWEAR CAN’T LEAVE THE 1990S BEHIND 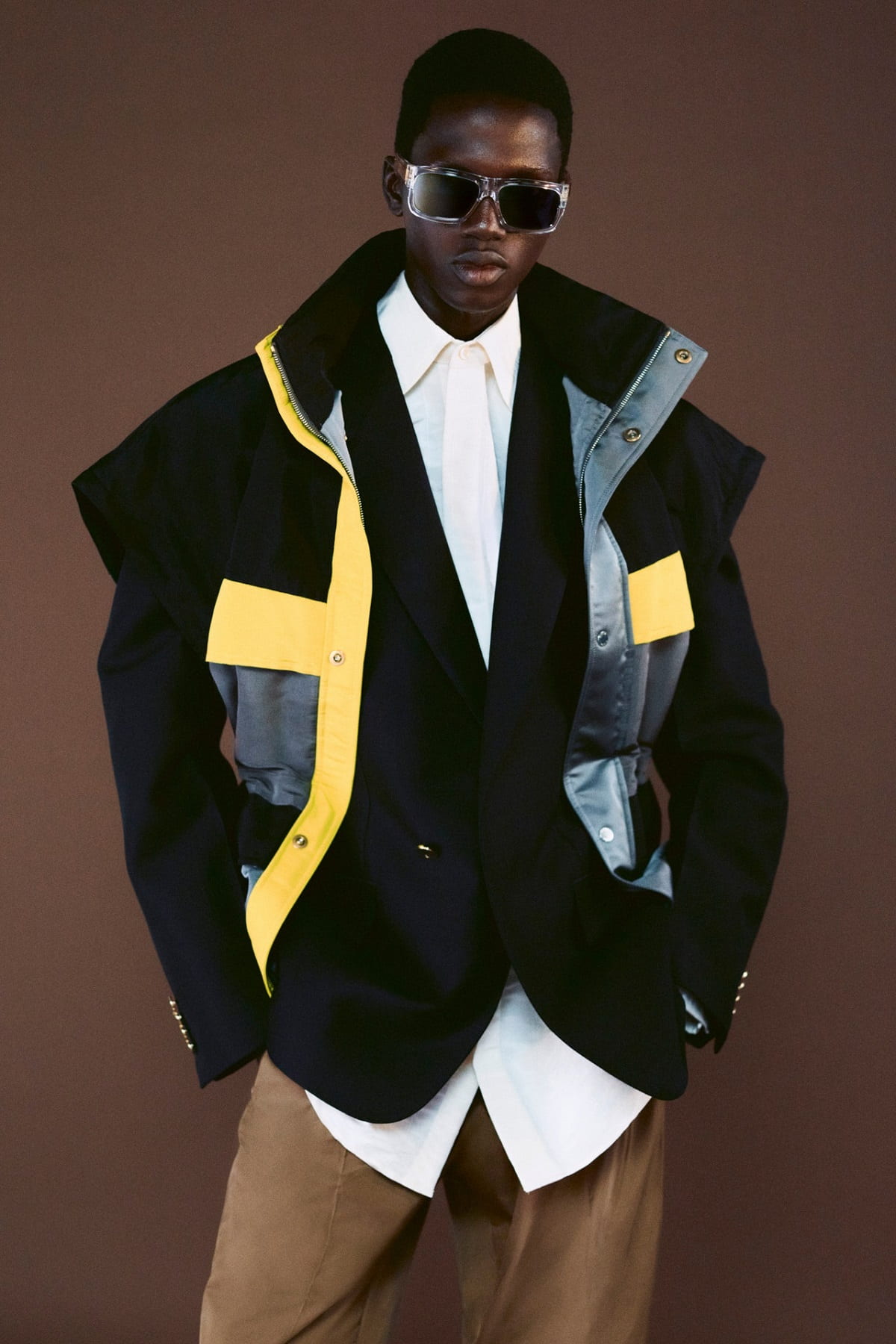 Fashion – not just menswear – loves nostalgia. It’s easy to look back, especially if you never lived through it the first time around, to craft a narrative that’s adventurous yet simultaneously viewed pleasantly through rose-coloured glasses. All the former misses don’t make the present mark, and through cultural artifacts, a new perspective on an old, outdated, and often less politically correct era emerges.

Even before the Covid-19 pandemic, menswear started dabbling with the 1990s. Ripped jeans and flannel got their revival somewhere around 2014, and from there, fashion has cycled through subculture influences while ignoring the fact that mainstream, non-streetwear 1990s men’s fashion was incredibly boring. Pleated trousers, blown out and faded to beige since the 1980s, stuck around, suit jackets over a T-shirt or a rollneck were a thing, and “dad” fashion wasn’t yet ironic – just pinstriped blue button-downs tucked into mid-wash tapered jeans and accompanied by chunky white trainers, because that’s all there was. 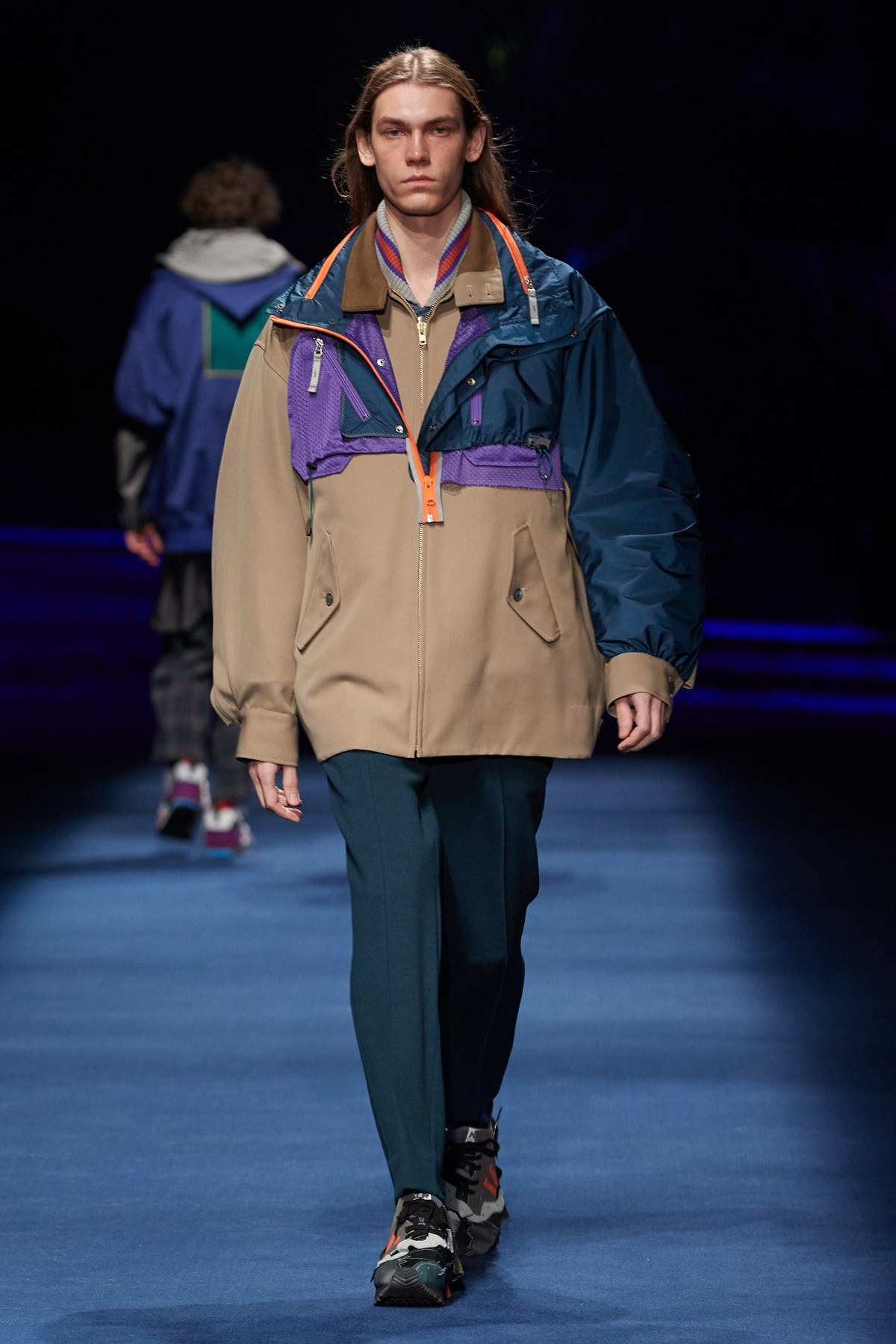 The 1990s, and for part of the 2000s, a strict dichotomy existed between “adult” and youthful garb, although subcultures and the never-ending quest for ageless hedonism proved to be an exception. Today, much of that’s been broken down: You’re as likely to see a 15-year-old as a 35-year-old in a moto-style leather jacket and wide-cut jeans. In considering this, the continual exploration of the 1990s appeals to a broader demographic: Millennials, Gen Z'ers and younger Gen X’ers clinging to their youth while reminiscing about Saturday morning cartoons, and Zoomers too young to truly take part in the initial run. Stylistically, we’re partially turning a corner: Y2K has taken over Grunge-influenced styles, buoyed by an amalgamation of hip-hop meets rave meets sportswear pieces. Some 1990s normcore has found itself in there, too, through cargo trousers and double-breasted blazers getting a major glow-up through more flowing cuts and pastel hues.

So, why can’t we truly drop the 1990s? The easy answer might be that the most casual decade to date never left us, with flannels, ripped denim, crewneck sweatshirts, camouflage prints, and puffer jackets all hanging around to some degree to the point we no longer associate them with a particular era. As another, the 1990s and Y2K were the last points in history without excessive social media use: No one carried a smartphone or posted regular updates to their social media channels. At most, you posted on a forum or had a LiveJournal account, and much of that activity fell below the mainstream. This divide – familiar in feeling yet culturally distant – has resulted in an ongoing fascination that’s both obvious and subtle. 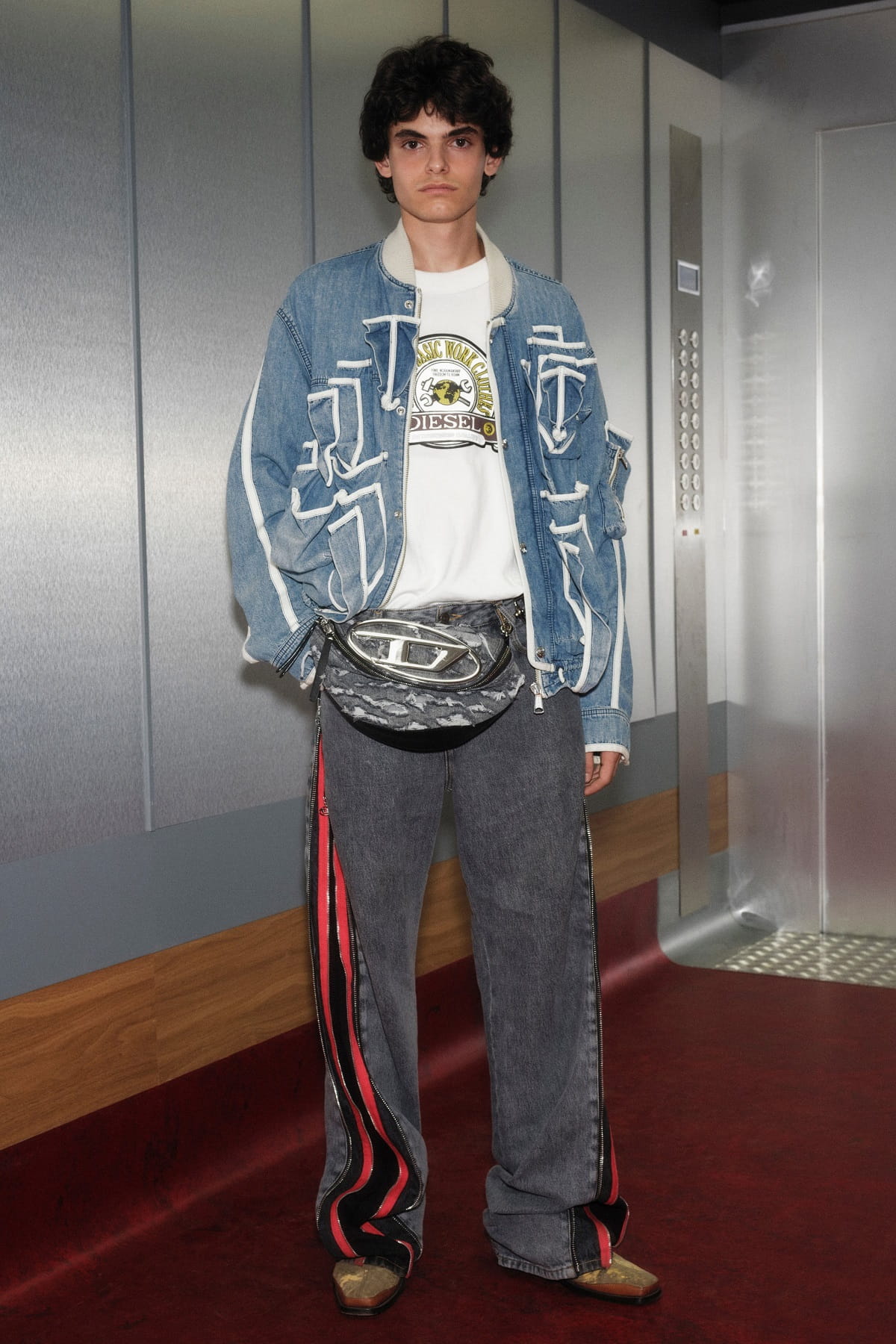 Although streetwear didn’t start in the 1990s, the decade represented a transitional point: Skate, surf, and hip-hop styles from the 1980s reached a visible apex before truly going corporate by the 2000s and early 2010s. Scenes remained distinct and local, the hype machine as we know it didn’t exist on the scale it does now, and the obscure wasn’t blown up all over Instagram and priced beyond your budget on Grailed and Depop. It was a simpler time for those who remember it, and idyllic for those who don’t. Of course, fashion travels roughly in 20-year styles with some leeway: Right now, trends from the 1950s and early 2010s are both being recycled, and menswear remains enthralled with 1970s silhouettes and prints. We’re essentially living in a collage of nostalgia, but only the 1990s feels less fleeting part due to its staying power and lack of novelty factor: Unlike the 1950s and 1970s, the styles remain accessible to today’s youthful audience, both in terms of wearability and price. The explosion of Y2K on reseller platforms means it officially qualifies as vintage, without the antique-level prices you’ll find for mid-20th century garments.

At the same time, nostalgia for the 1990s means more than exploring threads – what kids in the late 1990s ultimately did for the disco-inflected 1970s. Rather, the clothes symbolise a culture that no longer exists – digital and optimistically futuristic without the fakery of living life through your phone. Not having everything captured in real time meant some breathing space and less gauzy glamorisation of the ordinary: Essentially, it was a social media- and selfie-free world where, even if someone didn’t take your photo, things still happened. In short, it meant living in the moment and paying attention to your surroundings, rather than the artificial authenticity of the present. 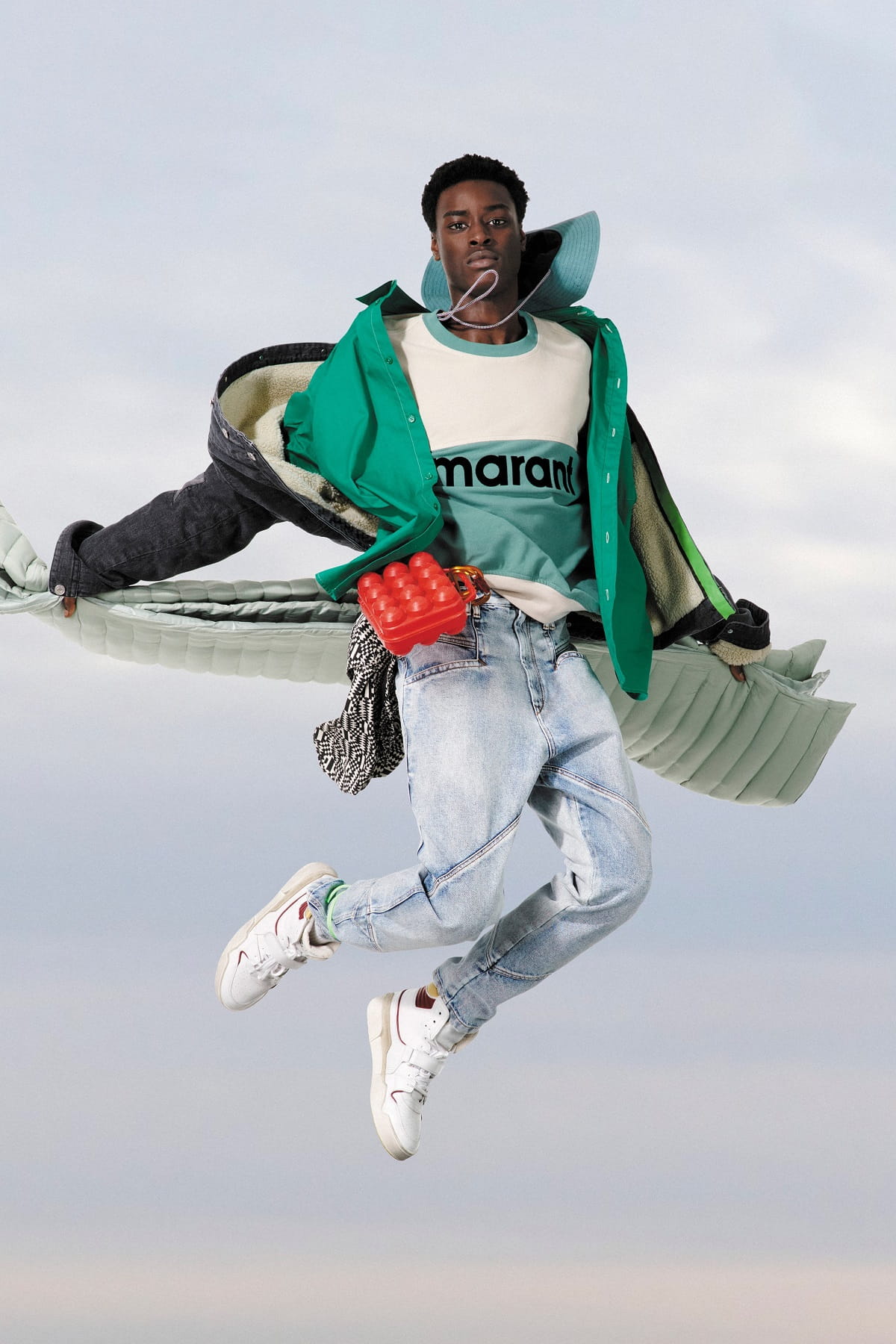 Revisit the Past Through Your Wardrobe

Obsession with childhood seems to paint the Millennial generation, whether that’s the comfort of certain TV shows and snacks or reminiscing a world with fewer responsibilities. Chances are, your memory paints adults of this era as a bit stodgy and out of touch with pop culture, perhaps committed to the daily grind and very little else.

Clinging to 1990s streetwear and a bygone world strengthens this connection. A few years ago, we experienced a taste, albeit through an Eastern European lens, with post-Soviet fashion’s interpretations of Champion sweatshirts, Adidas tracksuits, and athletic gear from Fila and Kappa. Garments were reworked to capture the exclusive, limited-quantities lens of Eastern Europe in early post-Soviet years, but for Millennials, many familiar symbols remained.

This introduction framed much of revived 1990s fashion going forward. That has emerged as retro sportswear with large logos and heavy colourblocking to relive late 1990s logomania, as well as dad fashion – spurred by Demna Gvasalia, an early purveyor of the post-Soviet aesthetic – that’s cut for modern-day comfort and an indirect sense of dressing up. You’re putting on what your dad might’ve worn back then, with that off-seeming feeling of stepping into his clothing as a child. It’s a sign that whatever adulthood used to be – blandness and obliviousness with a side of stability – is out of the average Millennial’s grasp. 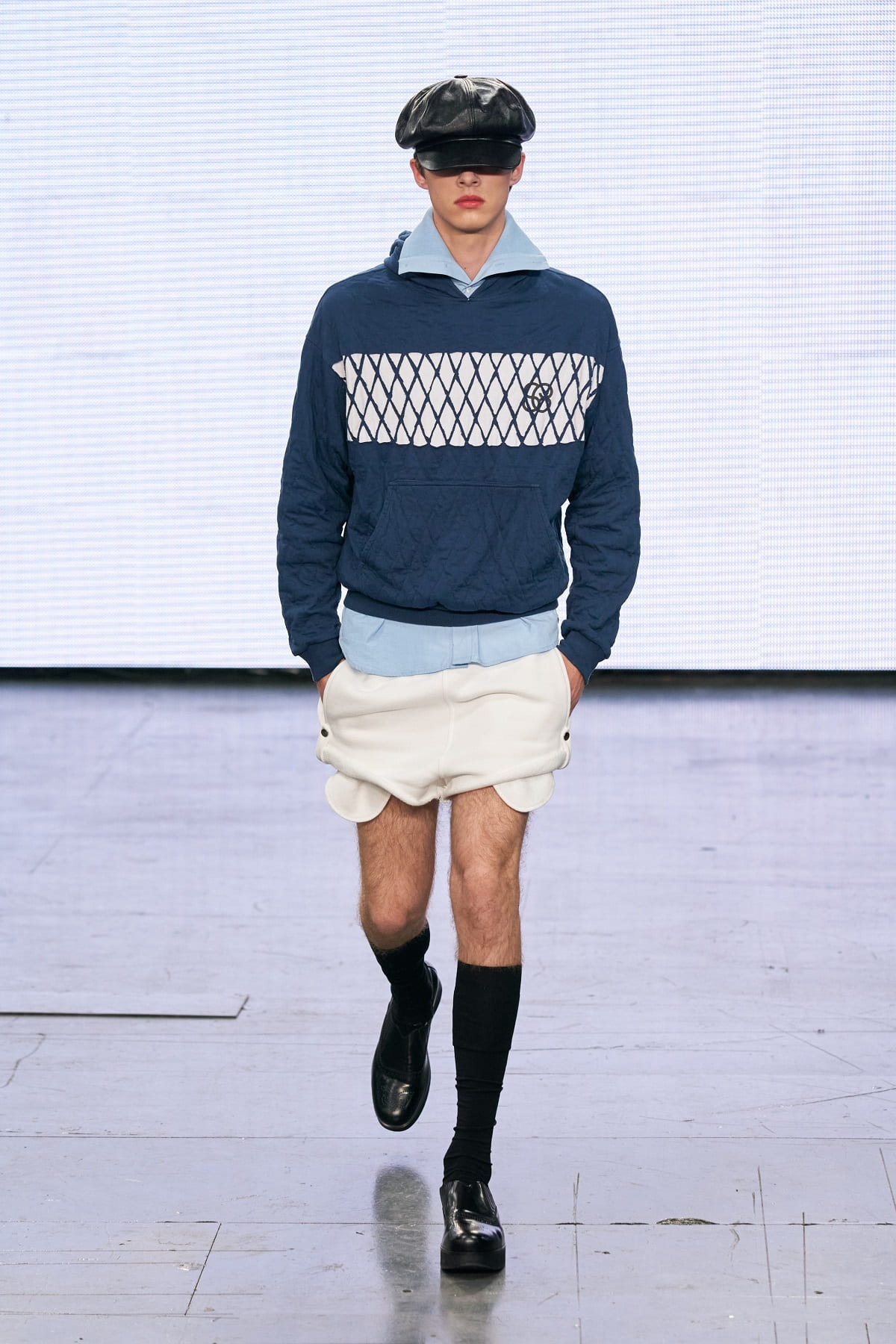 Especially if you’re a Gen X’er, you recall the stripped down, semi-androgynous early 1990s as a reaction to the excess of the 1980s – whether that was massive shoulder pads, voluminous Armani suits, teased hair, or over-produced heavy metal music. Although you could argue hip-hop culture picked up and ran with this level of excessiveness, an air of anti-indulgence characterised most of the 1990s, no matter if you were in your 30s and holding a corporate job or a teen skater.

The 2020s, perhaps influenced by the culture-in-waiting attitude driven by the Covid-19 pandemic, mirrors this ebb and flow. The late 2010s represented peak maximalism – through silhouettes, patterns, and all-around outrageousness – that we’re now stepping back from to a point of familiarity. It’s a bit of calm and neutrality after the stylistic storm, a rest after years of exhaustion, and a return to basics. That feels partially like a third Grunge revival, partially like minimalism, and partially like retreating from the hyper-fueled pace of social media and the street style machine that perpetuated this all in the first place. 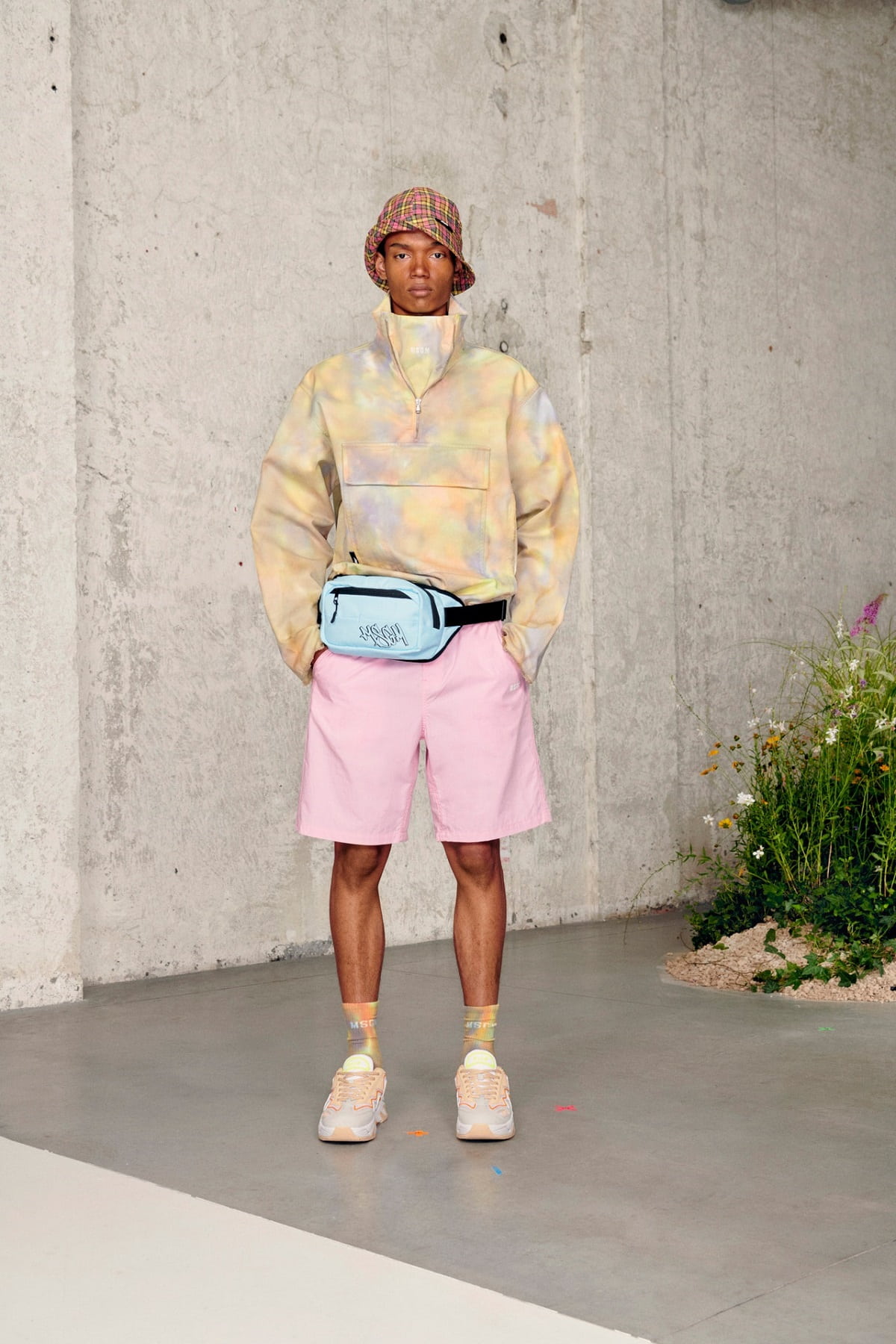