THE REVIVAL OF 2000S-ERA FASHION BRANDS 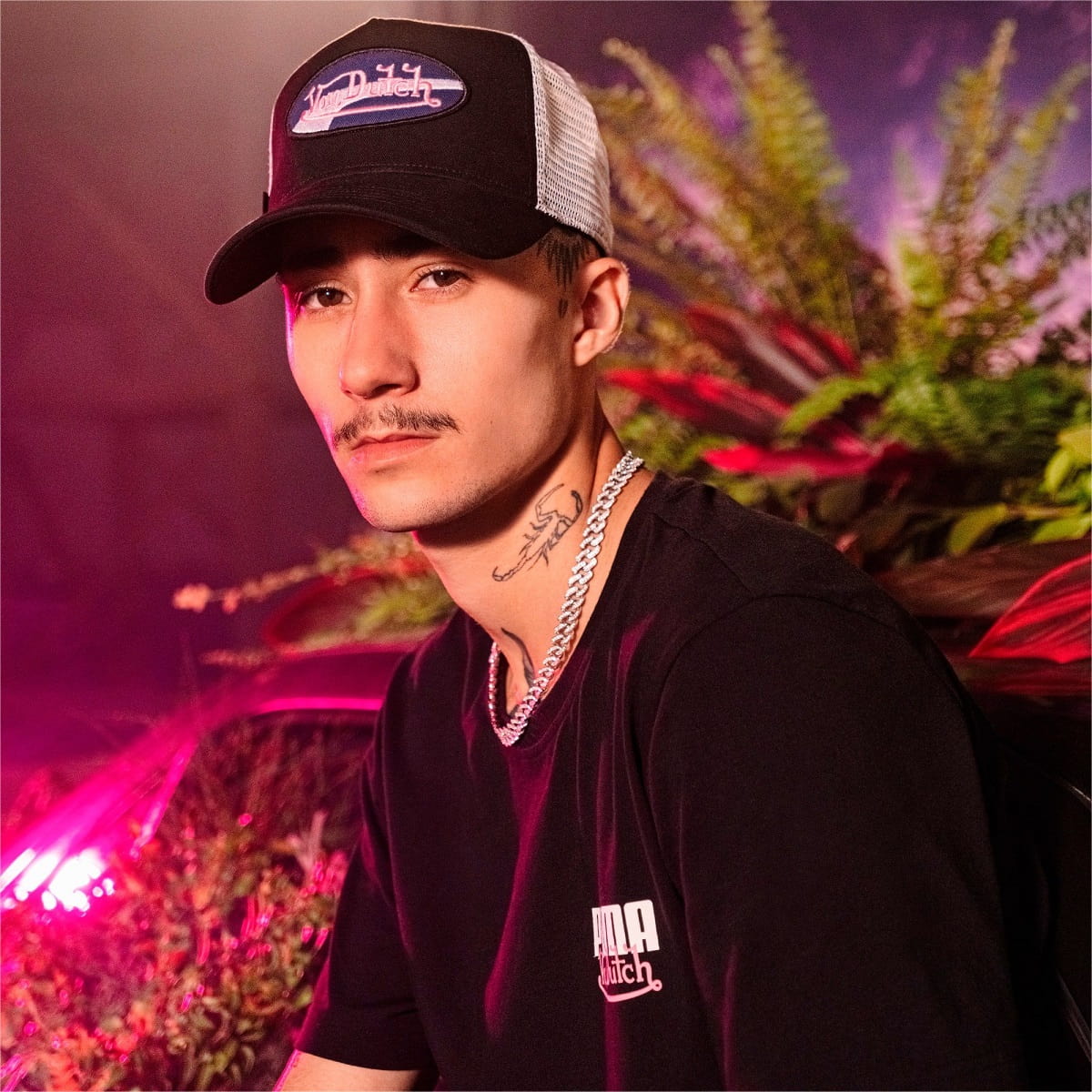 Culturally, we’ve reached the point where a revival of the 2000s feels natural and expected. You see it in what we stream – those who watch an episode of Friends or The Office for comfort, or reboots of Gossip Girl and How I Met Your Mother – to fashion, more prominently. The Y2K aesthetic and its various subgenres based on the era’s subculture – from emo and goth to Paris Hilton-inspired bimbo to the rave-rooted vaporwave to, more aspirational, old money and dark academia and, now, indie sleaze – emerged sometime in 2017 and have only picked up steam since then. Beyond the nostalgia and kitsch already described, we see it in menswear silhouettes: wider cuts, cropped hems, and double-notch collars with loud prints harking back to the period’s bowler shirts.

Yet, while 20-year culture and fashion cycles are predictable, seeing brands rise up from the dead and suddenly become more culturally relevant isn’t – at least, not in their original forms. Decades-standing brands, excluding dominant fashion houses, tend to experience this longevity through retooling their image or opting for something classic. It’s why Levi’s has stuck around, and Brooks Brothers has recently faltered. 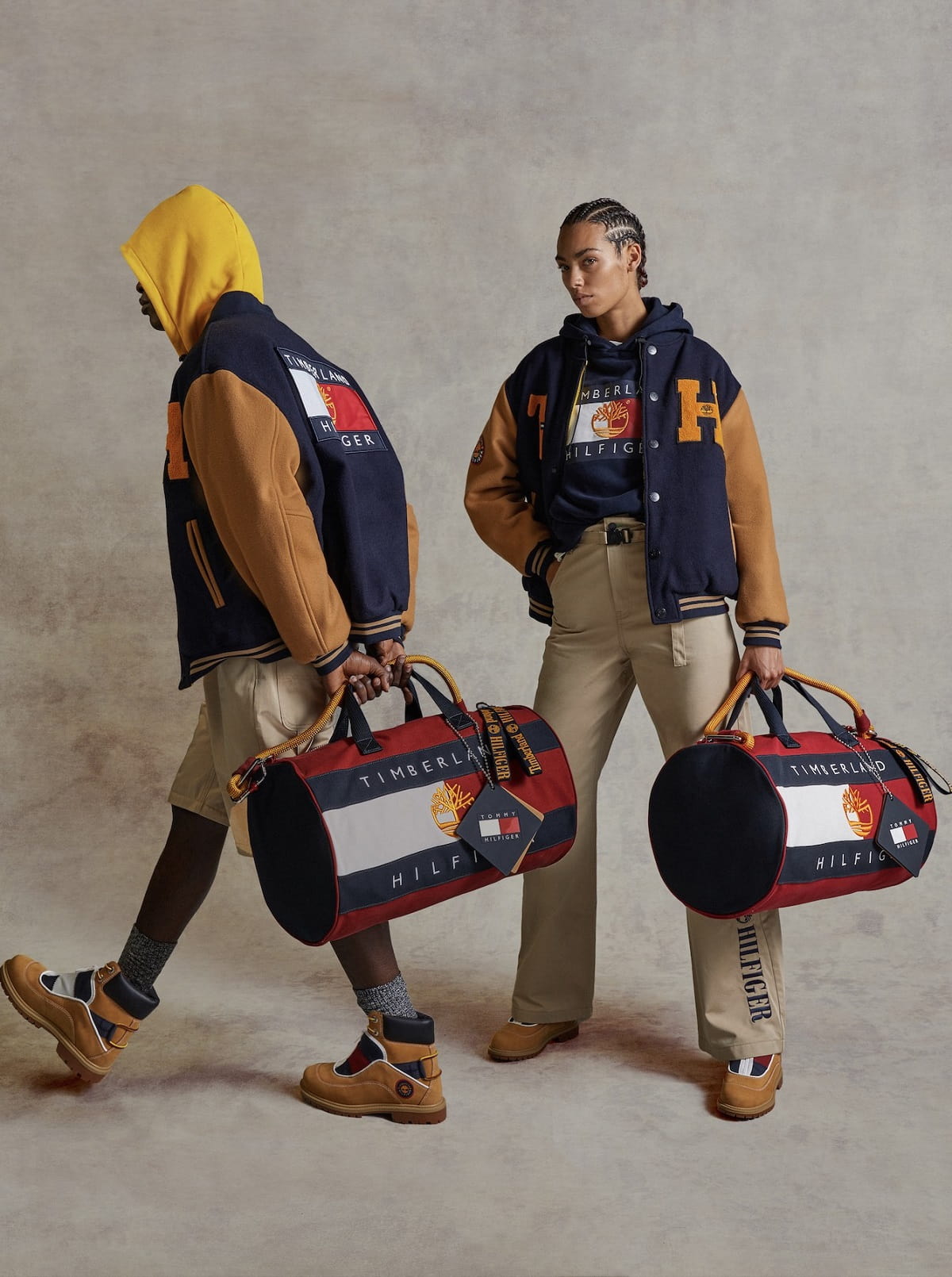 At the same time, too, style revivals have heavily depended on thrifting and vintage shopping. Here, too, Y2K-esque pieces and increasingly “indie sleaze” have overtaken previous decades. We’ve covered this shift, and you can see it among style inspiration platforms, be it the plethora of thrifting- and 2000s-themed hashtags on TikTok or what celebrities are wearing.

But rather than exist solely on the racks of second-hand stores or resale websites, a handful of brands have harnessed the revival of 2000s-era style:

A handful of brands ultimately weathered the storm of trends without significantly altering their core product. You see this in DSquared2’s offerings: Americana complemented by low-rise denim back then and now essentially an elevated version of Ed Hardy with fewer rhinestones. Roberto Cavalli, meanwhile, clings to its resortwear for the Jersey Shore-type image, perhaps becoming louder yet simultaneously more elegant over the past 15 years. Then, there’s Coach: Although its menswear line has gained momentum, women’s purses covered in a monogram print have remained its signature product, no matter which decade we find ourselves in. 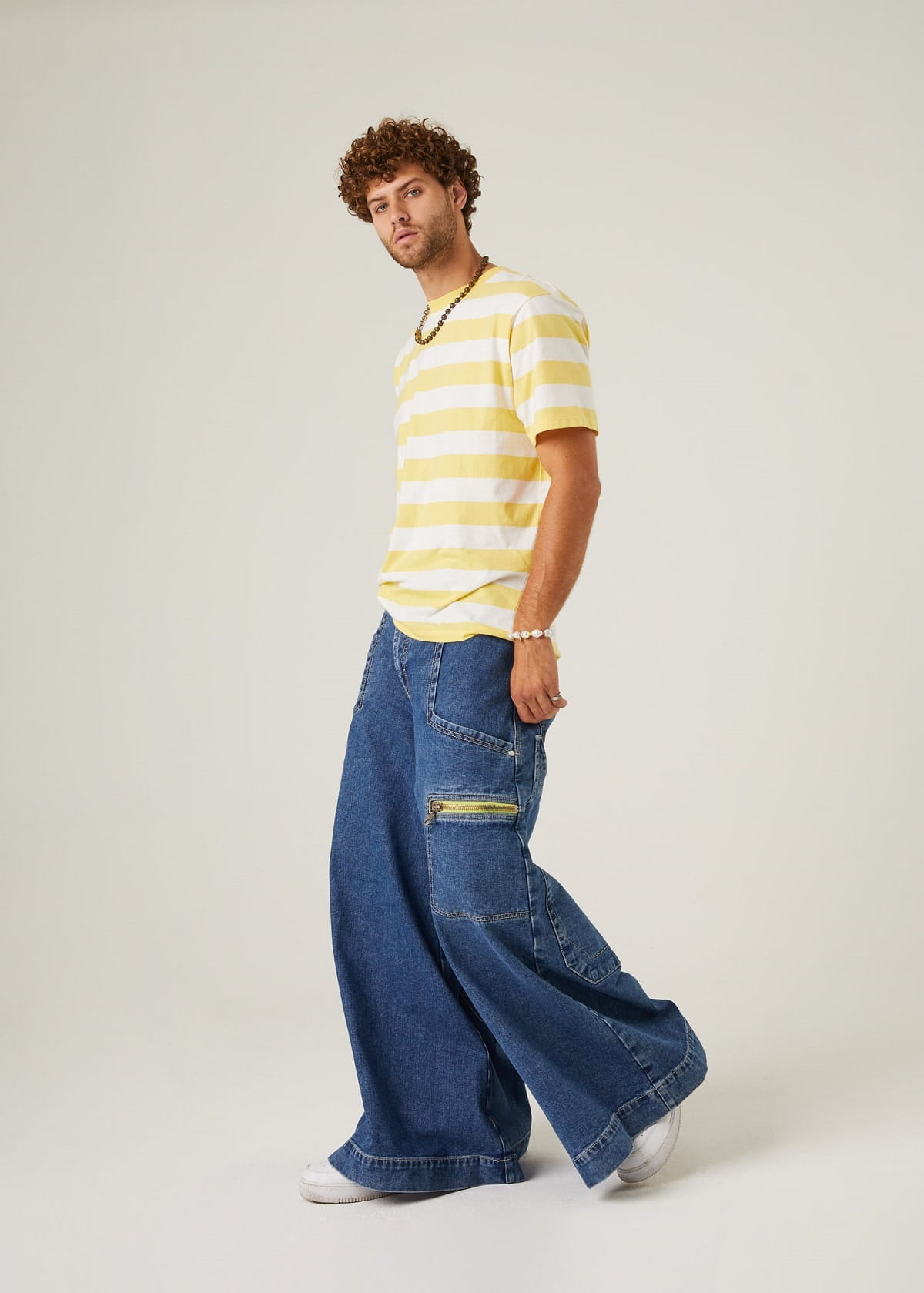 Going back to 2017, post-Soviet style dug up Kappa. Rather than do things differently, the athleisure brand gaining popularity in the 1990s appears to understand its heritage appeal and riffs on that – branded trim and paneling accompanied by bold colourblocking.

On this note, there’s Juicy Couture – the infamous velour tracksuit brand that’s gotten through cultural irrelevance via sunglasses and fragrances. 2000s-era socialites and celebrities popularized this particular garment – which, to some extent, influenced how similar men’s tracksuits were constructed, excluding wording across the rear – and it celebrated its 25th anniversary more recently with a heritage capsule collection that’s found appeal based on our current interest in athleisure. An influencer campaign, plus a throwback promo shot of Paris Hilton and Kim Kardashian in the brand’s signature getup, have turned Juicy Couture into a must-have, at least for now.

In today’s marketplace, being spotted on celebrities isn’t enough: A product has to be a hot commodity, available in limited supply and one-off collections and collaborations. 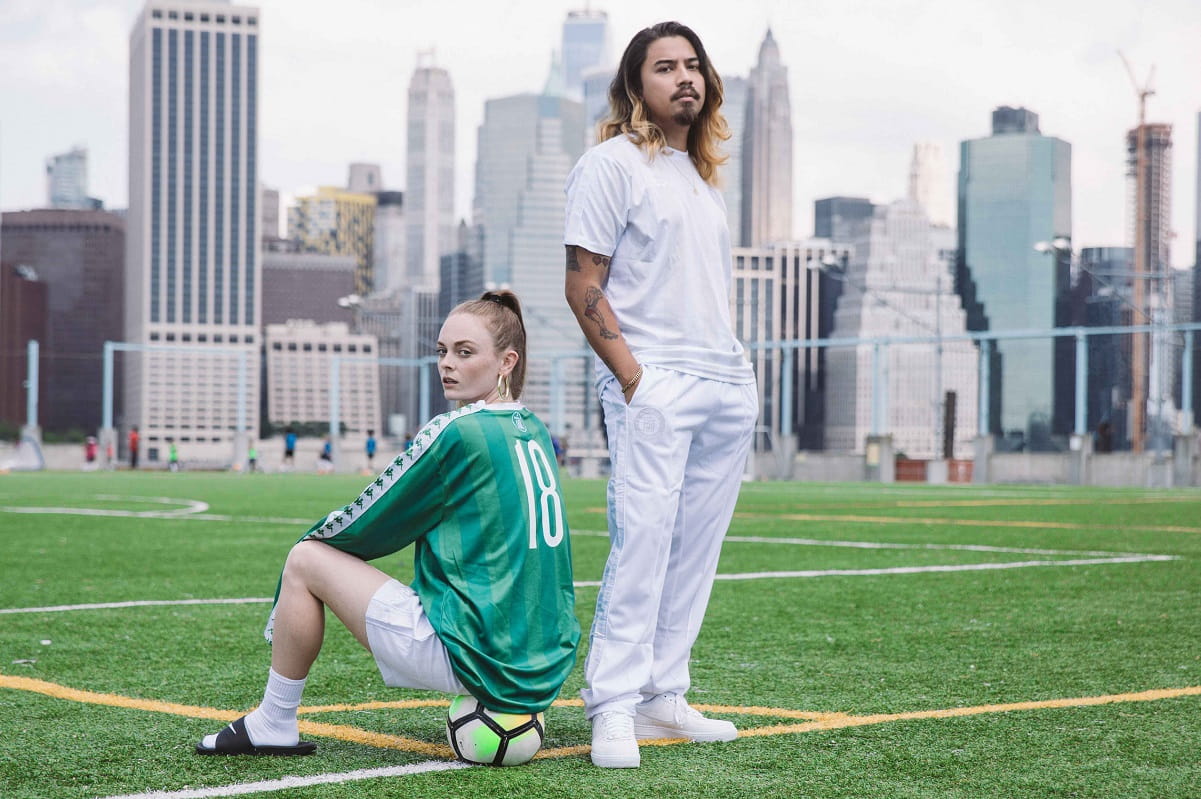 Von Dutch returned from cultural obsolescence over the past few years. Best remembered for their branded trucker hats and bowling bags, Von Dutch has a long history of revivals and reinventions: What started as a Kustom Kulture brand in the mid-20th century was canceled, for its time, based on founder Kenny Howard’s politics. In the late 1990s, Michael Cassel and Robert Vaughn bought out the name and brought stylist Christian Audigier into the fold, focusing on Americana-influenced graphics loosely inspired by Howard’s work. However, in the early 2000s, it wasn’t so much Audigier’s work as creative director that got noticed but, rather, Von Dutch trucker hat spottings on Britney Spears and Paris Hilton, essentially giving the brand a Juicy Couture-like lift across male and female consumers. Audigier, as we all know, then went to make another short-lived, graphic-centric splash with Ed Hardy later in the decade that bled into the early 2010s.

The latest Von Dutch revival has upped the price point and the quality while noting the importance of modern-day influencer marketing. Bringing the trucker caps and other branded goods back into nostalgia-driven relevance have been Kylie Jenner and Travis Scott, who were seen in this defining 2000s accessory as early as 2016, and select brand collaborations rooted in Y2K influence.

Similarly, Crocs and Uggs have seen revivals based on luxury collaborations. With Crocs, as we explored, this entailed a maximal runway introduction by way of Balenciaga, and periodic celebrity collaborations, from Justin Bieber to Post Malone and Bad Bunny. Uggs – never gone but imitated by more economical brands – also started collaborating with designers to take advantage of the comfort many have sought during the pandemic. 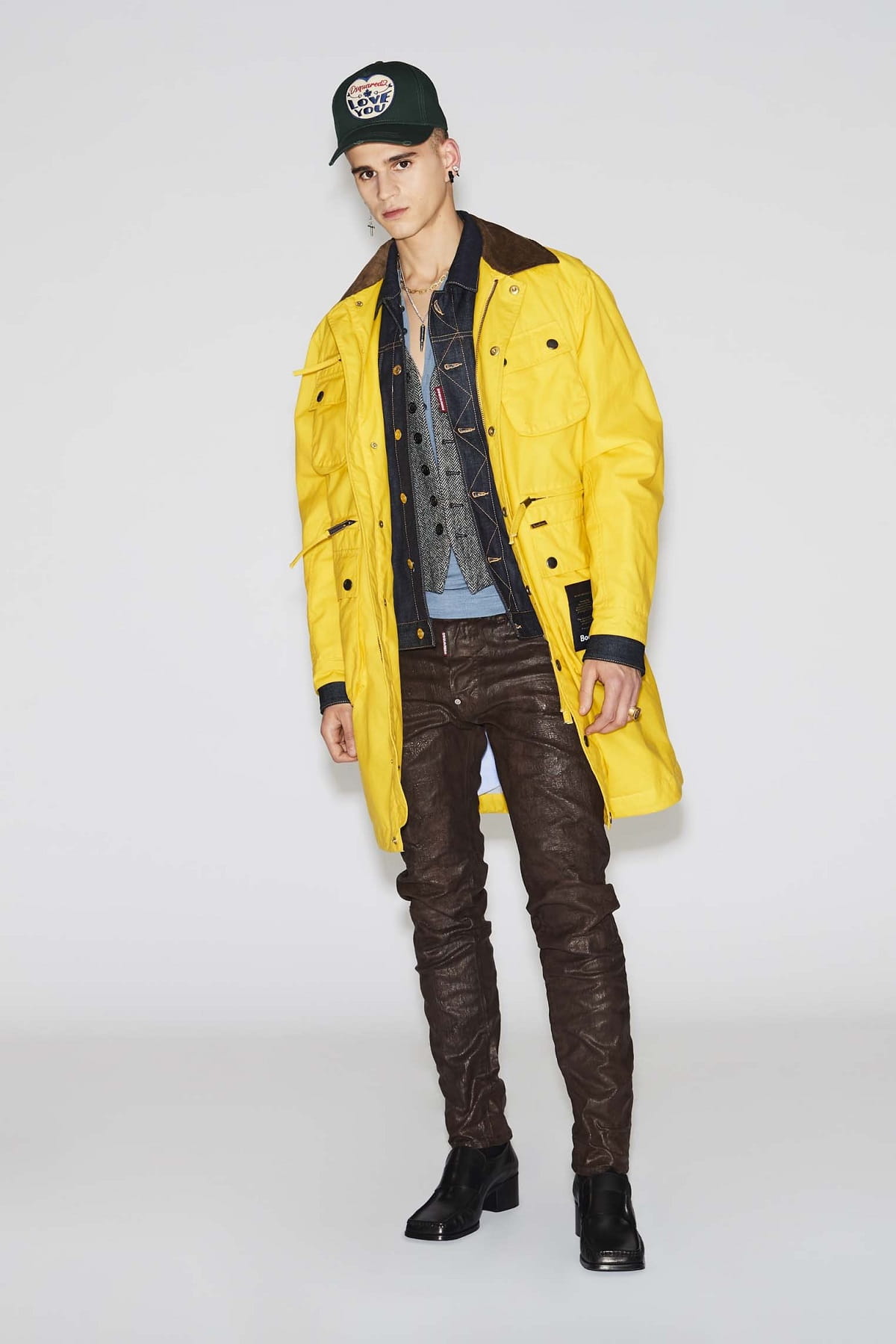 Then, there are JNCOs – those skirt-like jeans found on skaters, ravers, and anyone else associated with a late 1990s to early 2000s alternative scene. A slow revival started somewhere around 2015, and the effort picked up with its Heritage Collection – affordably priced and reviving the similar silhouette. Balenciaga since copied this template, taking it to today’s hypebeast consumer, while playing up the rave angle collection and increasing the price point nearly tenfold.

As already mentioned, brands that have achieved some longevity regularly evolve. In the case of Tommy Hilfiger, that evolution took it from 1990s preppy staples to streetwear stalwart to an American brand that experienced surprising success abroad while fading into the background back home. That’s not to say Tommy Hilfiger disappeared. Rather, it joined the ranks of mid-level department store offerings – accessible but unexceptional.

The brand’s rapid rise meant a swift downfall in the 2000s. The brand filed an IPO, only to see its sales peak in the U.S. and its products heavily discounted. At the same time, the business downsized, eventually withdrew this offering, and started focusing its product on the European market. Within this trajectory, styles veered more toward traditional preppy silhouettes and away from the colourblocking and American flag-inspired colourway characterising its rapid rise. 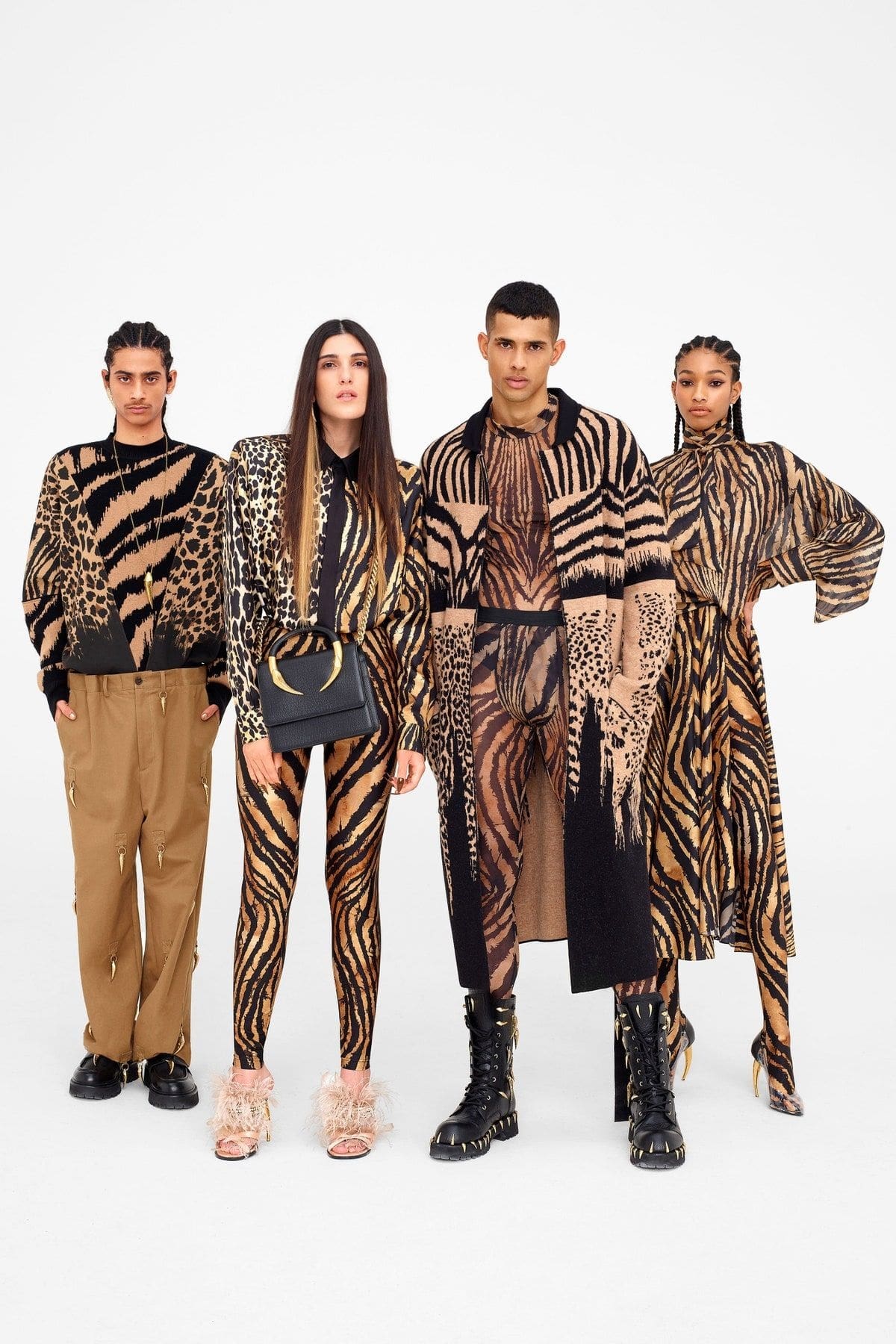 Now, though, the vintage streetwear market shed light on classic Tommy Hilfiger as a brand sported by hip-hop stars during this period, despite its reluctance to accept this cultural trajectory. Now embracing this image, Tommy Hilfiger released a logo-centric collaboration with Timberland toward the end of 2021 while simultaneously bringing back its late 1990s aesthetic.

Why Nearly Defunct Brands are Giving It Another Go

When you can capitalise on the success of a new wave, why stand by the shore watching and miss your opportunity? For 2000s-era brands, this has emerged as:

Especially with menswear, most of what we see out there is maximal – bigger cuts, wider prints, and silhouettes that intentionally question gender. Although the last aspect is a far cry from the sex-based dichotomy that ushered in a new century, we’re back in an era where a lack of taste is to be expected. To this end, a Von Dutch hat – new or vintage – seems quaint and benign. A velour tracksuit in baby pink now looks like it stepped out of an episode of Euphoria. If it isn’t tacky, it’s too tame. 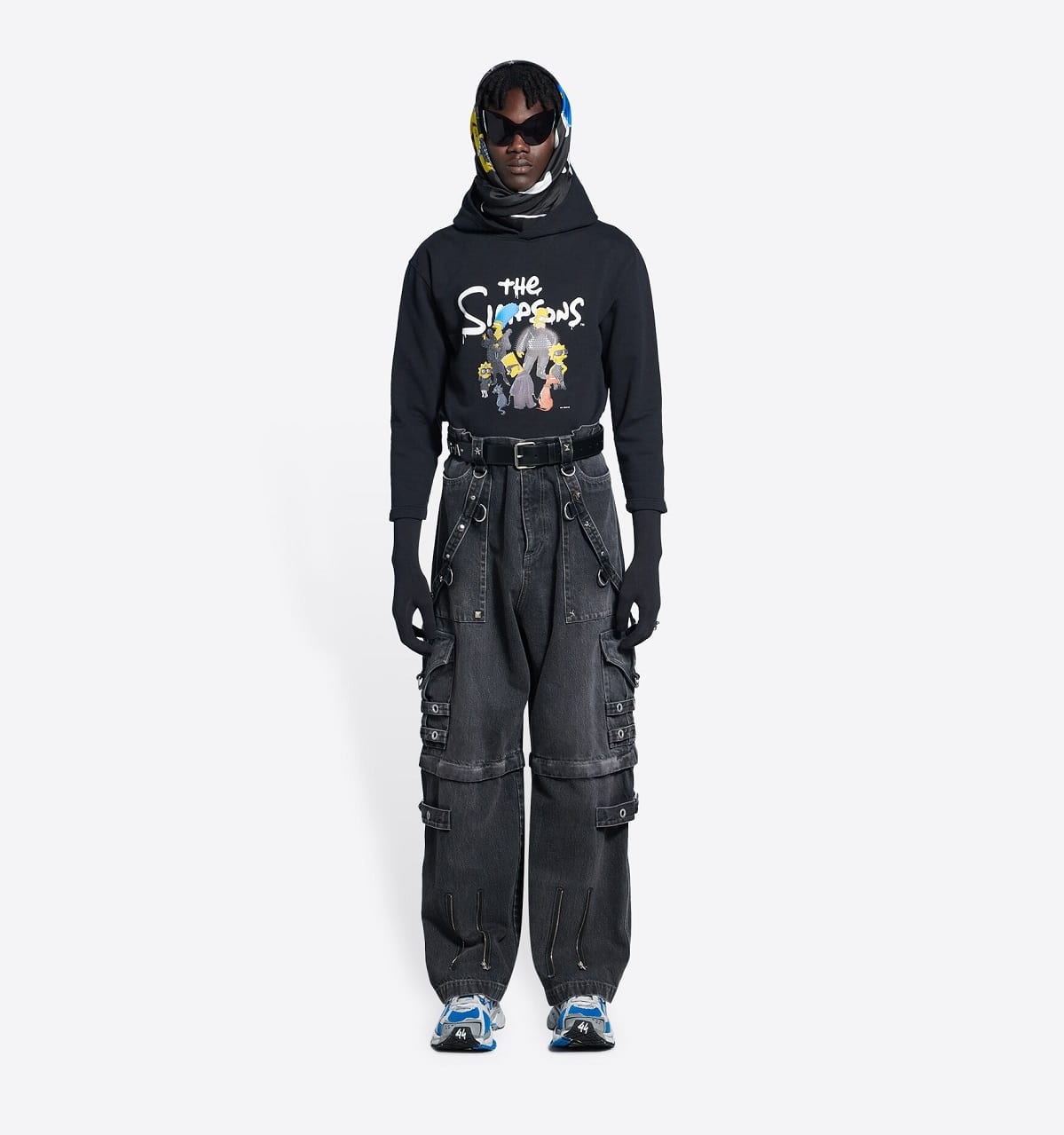 A New Generation of Consumers

We’re at a point where a good deal of the streetwear being produced is too rare and too expensive to purchase, so the vintage secondhand market looks like a solid place to start. At the same time, “vintage” for the emerging Gen Z consumer and younger Millennial translates to late 1990s and early 2000s grails. TikTok and Poshmark trends present an aspirational perspective on the decade, and vintage finds, as well as newly produced retro-styled garments, help achieve that vibe.

It’s said that individuals across all generations now live life mostly through their phones, whether that’s documenting a concert you’re watching or mindlessly scrolling through social media. The 2000s were the last full decade that allowed for some spontaneity without viewing every moment through a camera lens and then altering it to perfection with filters. You see that in red carpet photos – even celebs were less posed then – and a look back at the grainy, awkward bathroom photo shots many took for Myspace. Clothing, then, becomes a medium to reminisce this bygone era’s attitude and freedom of being yourself without having to document it in a “pics, or it didn’t happen” way or having to worry about others recording you and that single moment following you into your professional life. 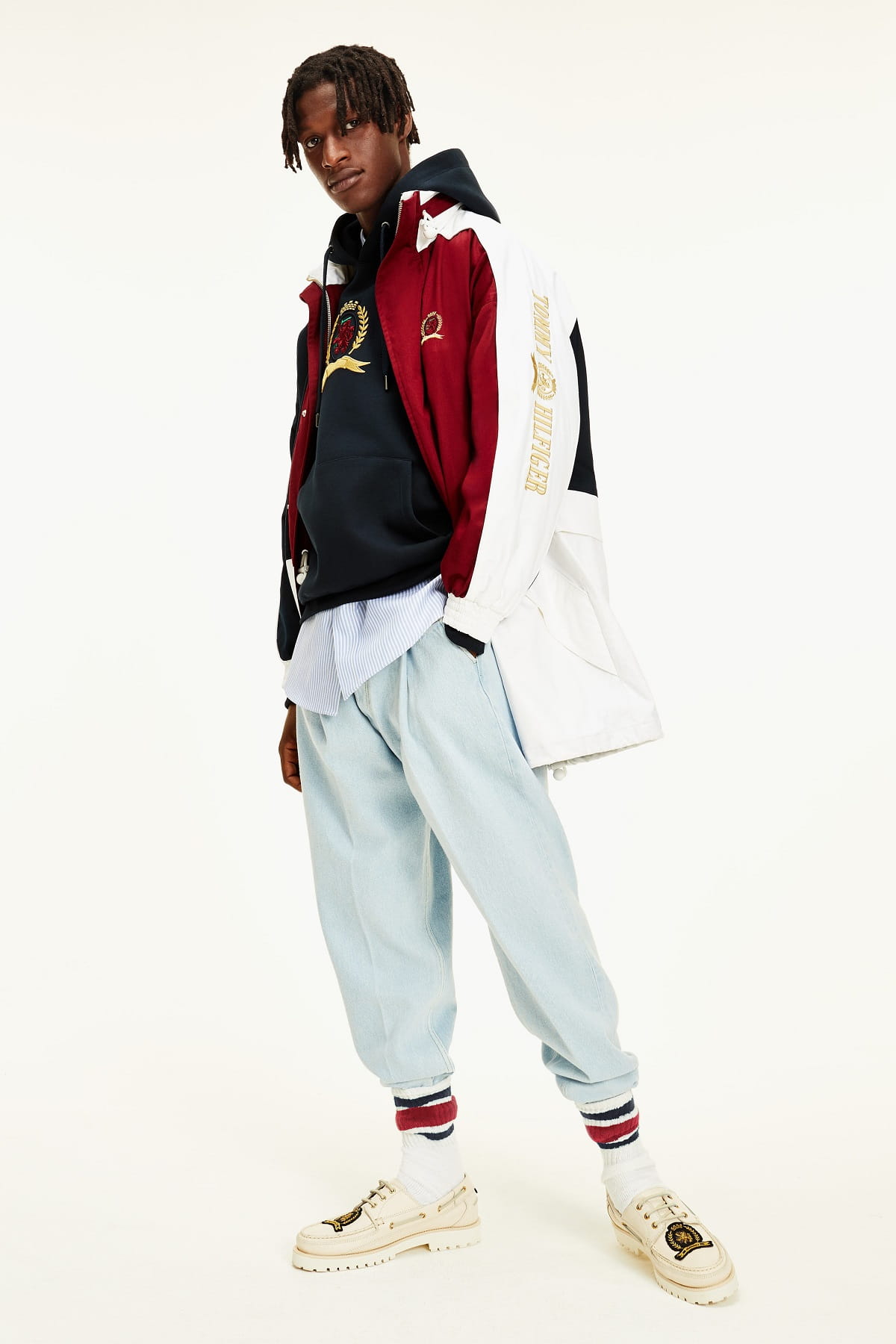 No, we’re not talking about leather. Rather, as another nostalgia-fueled perspective, the Y2K era involved preparing for an apocalypse that never happened. Even though plenty of sound documentation showed that the world wouldn’t end at midnight on January 1, 2000 from a computer glitch, many believed the hype, and stocked up on water and canned goods in case New Year’s Eve celebrations didn’t go as planned.

We got through it and lived to describe the mythos. Now, especially with the never-ending Covid-19 pandemic, that arc isn’t just storytelling but hope or a symbol indicating that this uncertainty will eventually pass.