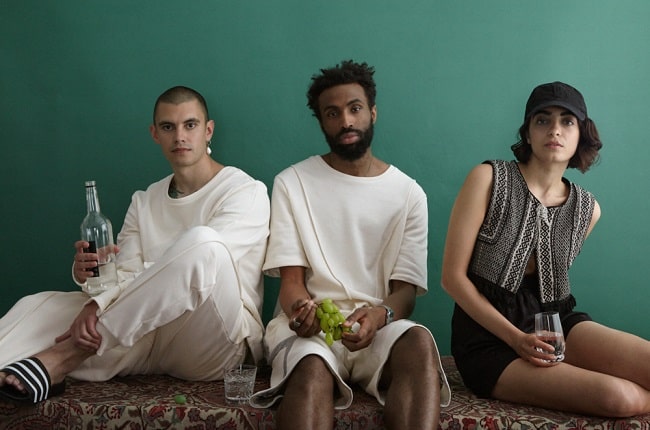 Not to beat a dead horse, but we’ll say it again: Gendered fashion, to some extent, is on the way out, at least for the time being. It’s not too far out for men to borrow something from the women’s section, and menswear styled for women has been a thing for a few years already – both in terms of cuts, like the ubiquitous double-breasted blazer, and classic menswear staples sized for someone smaller. While menswear and womenswear will likely continue to exist in their separate realms, the line in between is increasingly blurred. In that hazy gap, unisex fashion is carving out a niche for itself that continues to grow based on demand.

Yet, complaints about unisex fashion abound. As the most prominent one to date, many collections rely on casual streetwear silhouettes that are still based on menswear, and rely heavily on T-shirts and hoodies. To counterbalance this, ASOS introduced a few men’s crop tops last year, in an effort to break down gender norms. In spite of that and all the heat ASOS got, unisex fashion frequently translates to menswear for men and women, or oversized, sometimes shapeless silhouettes, and it’s a box it’s struggling to get out of. On a similar plane, sizing – or, more specifically, the lack of consistency and diversity – drags down the concept. As a result, clothing that should (or could) look good on everyone seems awkward on a majority of body types, and what could be a novel idea gets shoved into the realm of novelty fashion. Here’s what’s holding unisex fashion back. 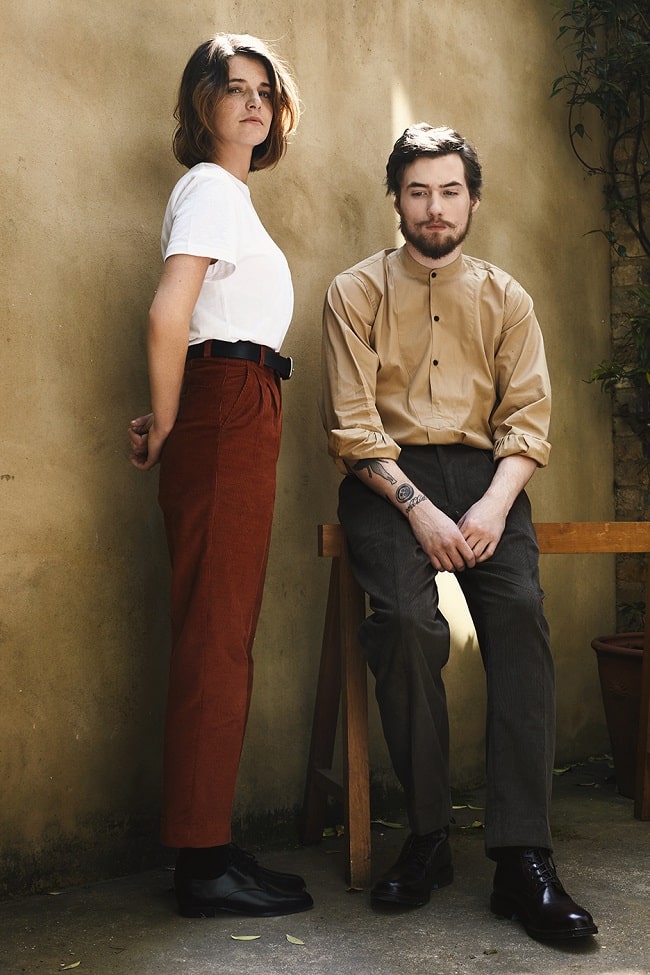 Sizing is the Elephant in the Room

For most of clothing’s history, made-to-measure was the norm. That changed during the 1800s – specifically, the Napoleonic wars – when a sizing system for men’s uniforms was developed. Women’s sizing, however, wasn’t addressed until the 20th century, when more women started working in factories to manufacture supplies for both World Wars. As the product of this shift, the Women’s Measurements for Garment and Pattern Construction defined sizing for women, based on a study by the US Department of Agriculture’s Work Projects Administration. This document, published in the early 1940s and specifically for creating garments, recorded the weighs and 58 body measurements of nearly 15,000 women from seven U.S. states. Yet, the primary subjects measured were middle-class, young, white women who had an hourglass shape and, historically, would have been wearing a girdle. As a result, not only were women given separate sizing measurements not in inches or centimetres, but many women couldn’t find garments that fit them exactly. Since that point, other sizing systems have been created, including Size USA, ASTM International, and ASTM’s separate guidelines for plus-size women’s sizes. If this all weren’t confusing enough, many women’s brands appear to go by their own sizing systems, resulting in the decades-long trend of vanity sizing. But, don’t think that menswear’s exempt from this aggravation: Vanity sizing has existed for over a decade, especially for jeans and trousers. Oftentimes, that reliable 30x30 pair is actually a 31x30 or 32x30, and you only find out your waist isn’t really 30 inches when you try on a vintage pair made in the ‘90s or before, and it feels strangely tight around the hips. 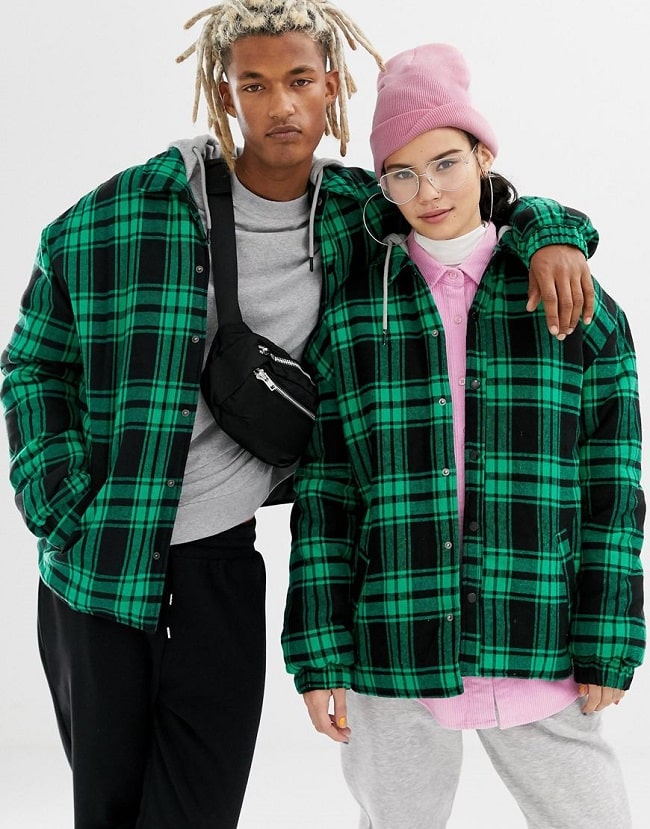 Unisex fashion – and, really, all types of fashion, at this point – have tried out fit technology. If you’re too lazy to look through the size chart, a widget now pops up to give you a suggestion based on your height and weight. Similar to how women’s sizing was determined in the mid-20th century, weights and heights have a strong correlation with each other in terms of sizing. But as any thin-weight guy with broad shoulders will tell you, it’s not an exact science, and sometimes, you’re left with a shirt that won’t fit over your shoulders or hips. Additionally, customers are often reluctant to provide that personal information or admit how much they weigh, subtracting five or 10 pounds and hoping it doesn’t make a difference. As an alternative, mass customisation – or having clothing created with your specific dimensions in mind without having to go to a tailor – is growing in popularity. Indochino and Knot Standard have been pioneering this concept online, and while it allows for a closer, more precise fit, there’s still some degree of uniformity based on pre-selected variables. The issue here, though, is users don’t always know their personal measurements – or end up incorrectly measuring themselves. 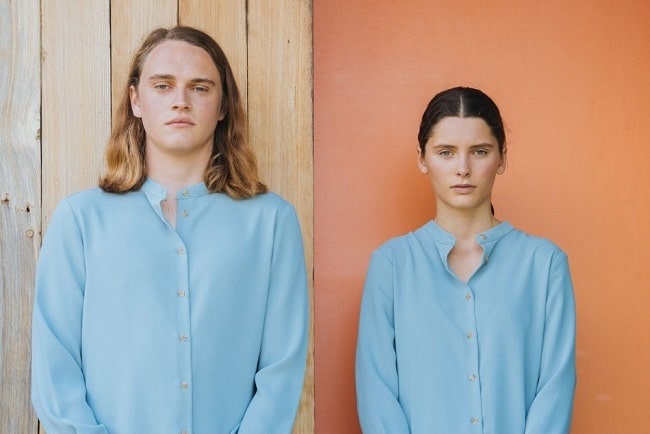 Not Accounting for Variability

Size, though, doesn’t strictly hinge on height and weight. Rather, aspects like shoulder and hip width, plus busts for women, all play a role. It doesn’t further account for body shapes – the apple versus pear versus hourglass designs for women’s plus-size lines, as one example – or that on a small-shouldered man, a standard shirt has a drop shoulder-like effect. But, what’s the alternative? Stocking a bunch of variations on one size, only to be short on some and left with a surplus of others? It’s not particularly sustainable for off-the-rack fashion. As one strategy, defaulting to the inches-as-size method that’s defined menswear is better than nothing. That’s how LaneFortyFive, a unisex brand based out of London, sizes their clothing. Or, to avoid measurements completely, Scandinavian department store Stockmann’s effort into gender-neutral fashion, detailed in Vice, involved adding men’s and women’s sizes to the tags. As a third option, illustrated by Converse’s upcoming SHAPES line, is creating a sizing system based around body types regardless of sex. The line, dropping sometime close to summer, will consist of five oversized base pieces in four sizes, simplifying the 14 options generally offered across distinct men’s and women’s systems.