WHY MAUVE IS THE MENSWEAR COLOUR OF THE YEAR 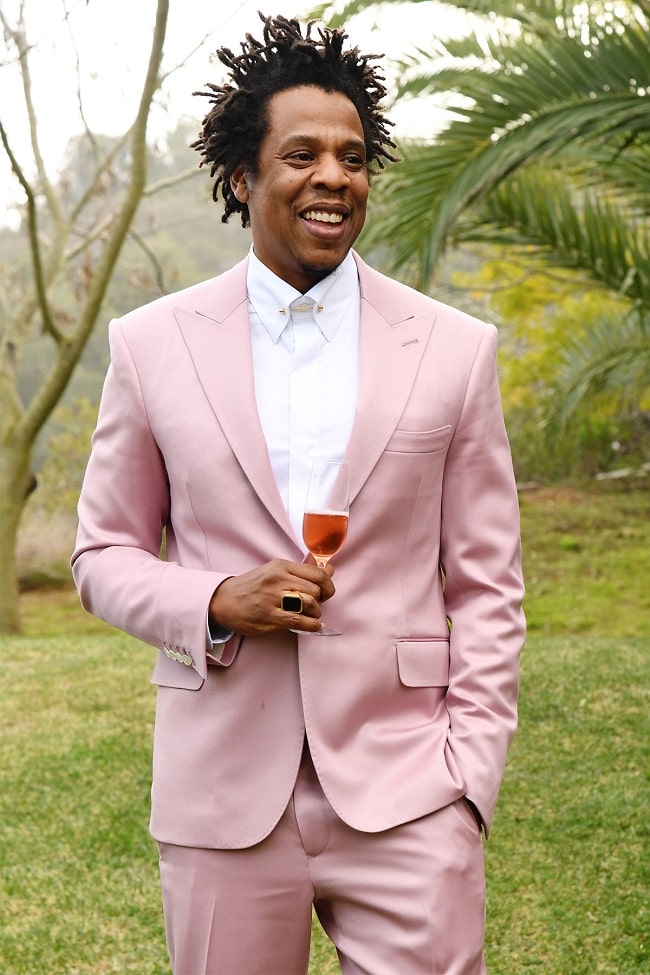 Strictly talking about menswear, 2020 might best be described as a year of reruns. The newest trends for AW20 have all been retread before, and archival fashion – a fast pull for nostalgia – feels exciting. More brands are seriously thinking about going seasonal, and as debate about whether we all still need to wear suits plods on, runway collections – pulled together with fewer resources than in previous seasons – highlight denim and cardigans. It’s all a bit pre-#menswear, as if the 2010s were just some big illusion of guys in floral prints.

Yet, one moment from back in January has stuck around and is still being talked about: the sight of Jay-Z in a mauve-coloured Musika Frère suit at the Roc Nation pre-Grammys party. Confusion swirled around the suit’s actual colour choice – Is it pink? Is it baby blue? – at the time, but the rapper and label manager actually cleared it up at the scene: "It's mauve, bro." 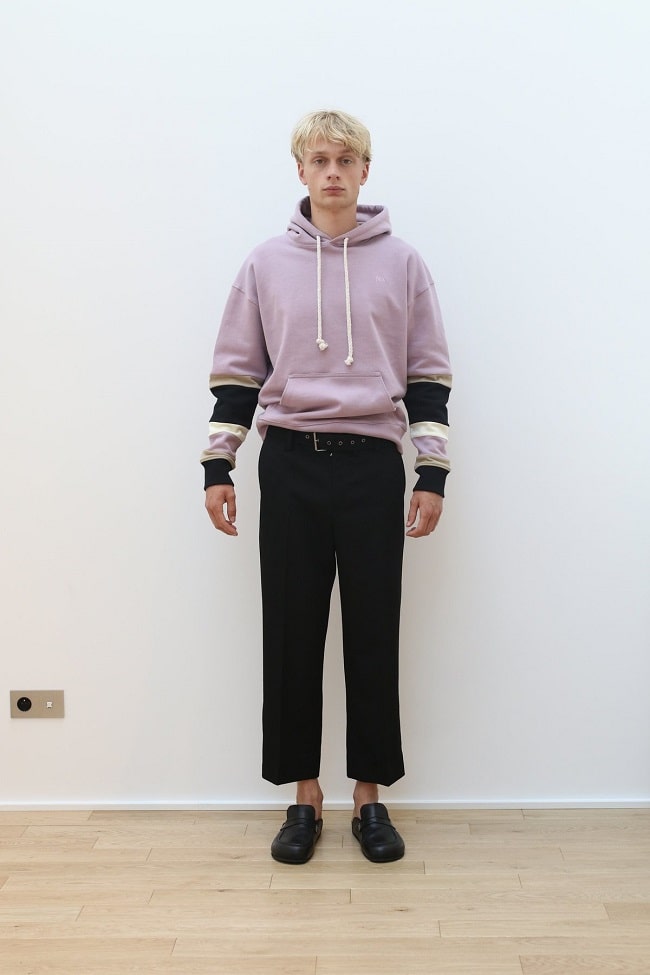 Mauve is one of those colours we can picture but can’t describe very well. It’s sort of like lilac, but less mired in bright pastel notes. You can sense its pinkish undertones, but only in certain lights will it appear genuinely pink. And tinges of blue and grey swim beneath that veneer, adding an almost matte quality and perception of depth. Wisteria is its closest cousin – but one that’s more mysterious. Violet gets close but has too much blue. Like violets and wisteria, though, mauve also takes its name from a plant – the mallow flower, which has a modestly magenta look to it and, these days, doesn’t visually align with the colour spotted on Jay-Z’s Musika Frère suit.

Yet, while Hova’s move sparked interest in a new shade while highlighting a rising designer, mauve’s been all over 2020 menswear presentations, in solids and prints, as a background shade playing second fiddle to deeper army greens and piquant oranges, and looking deceptively like a neutral until you study it for a second. In short, mauve is the absolute aspiration and new generation of statement menswear: It’s distinctive and innovative without overt hypebeast overtones. Here’s why mauve is having its moment right now: 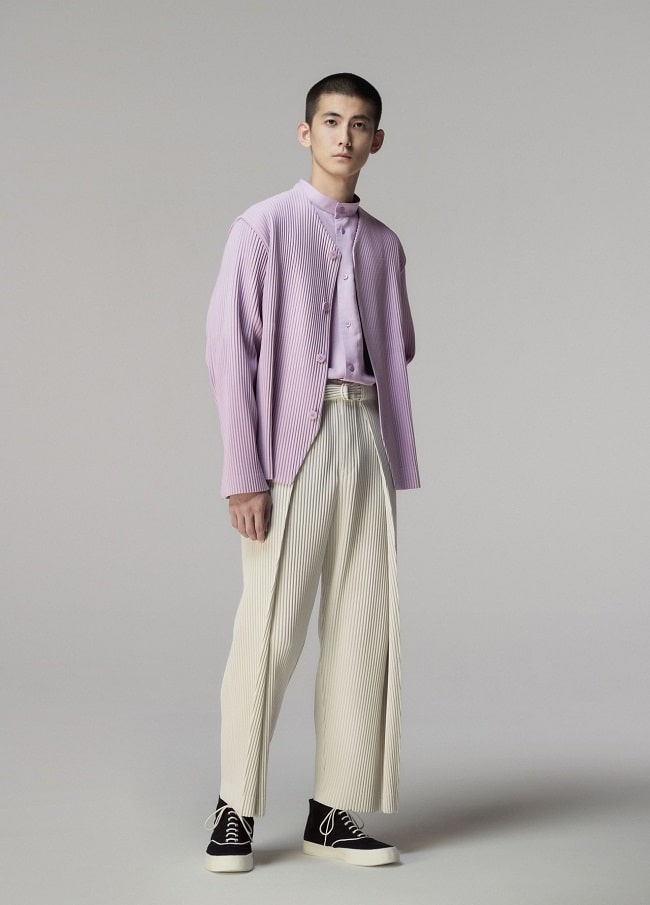 Pastels are a Neutral and a Statement

In going back to that suit Jay-Z sported, designer Davidson Petit-Frère has managed to get attention with just a couple of men’s and women’s suit collections – and a few red-carpet sightings. The tailoring feels reminiscent of the ‘70s yet the slimness and lines look modern. More to the point, the pastel hues used – from mauve to pink and muted greens, purples, blues, and browns – feel vividly vintage without coming off like a rent-a-tux prom getup with a ruffled shirt below. The up-and-coming New York designer’s method exemplifies how menswear has collectively treated pastels in 2020: They’re an opportunity to add colour, yet their dusty, often hazy nature feels like an introspective step back from the solid and bold-hued party suits we were spotting just a couple of years ago. The result feels intense without a high degree of hard-to-adapt saturation. That notion itself proves novel.

We’re so used to thinking of neutral shades as greys and charcoals, tans and browns, and varying degrees of blue and navy, and within this spectrum, pastels like mauve don’t sharply jump out. Rather, they manage to ingratiate themselves to the point you only differentiate them from the herd when you stop and specifically focus. Symbolising this factor is Dior Men’s SS21 collection, building off the powder-pink, mauve, and silvery-white double-breasted suits. Yet, in a new direction, this collection – a collaboration with Ghanian artist Amoako Boafo, dubbed “Portrait of an Artist” – settles into an earthy base of browns and off-whites, dispersed with washed out pink-purple hues and patterns over a collection highlighting long-sleeve shirts alongside high-waisted shorts. 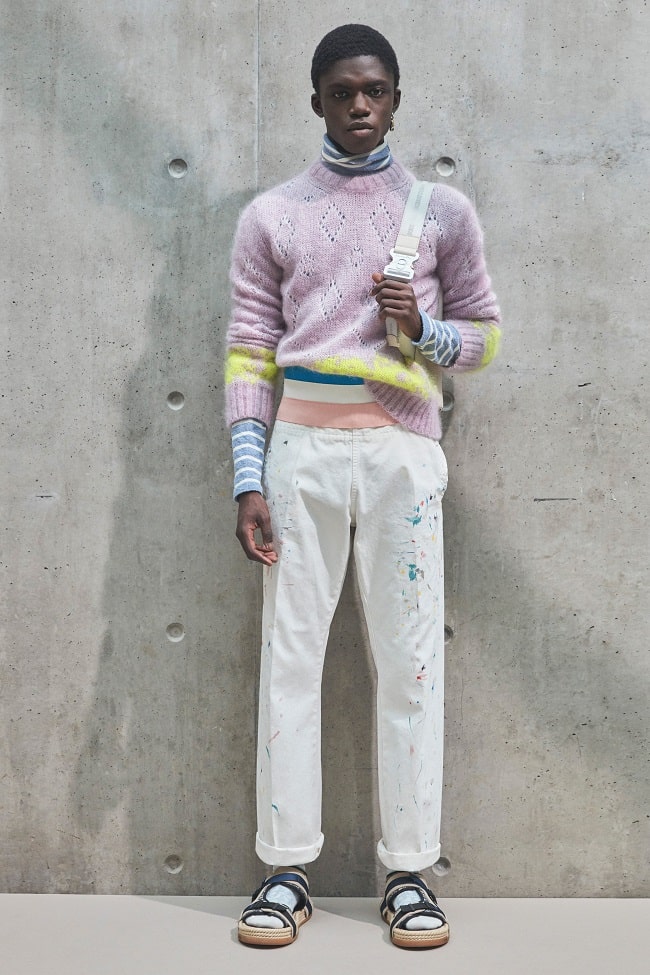 Mauve Picks Up Where Pink Left Off

Pink is an everyman’s colour, to the point that light, dusty, and watermelon-tinged versions have pervaded all crevices of the menswear world – runways to fast fashion. Although this upgrade, a toned-down more accessible option compared to last year’s Millennial pink, visually has the upper hand. Mauve’s underdog status proves to be an asset: Unlike pink, which still feels like a statement shade in its lightest form, mauve is a shape shifter, appearing light and breezy in one interpretation and like a blue-infused grey in another. This factor holds the key to longevity.

Prada’s AW20 presentation illustrates just how this can be done, mixing both athletic and formal silhouettes and playing bright red and military green off mauve, which appears cool, staid, and almost slate-like in comparison, unlike other shades of purple. Added to this last point, mauve further proves that purple collectively can compete in the tonal, monochrome space like grey, brown, and even green. Its grey and light blue notes create a neutral foundation from which powdery, ultra-pastel lavender and cobalt-accented royal purple can coexist without competing for and hogging all the airtime. 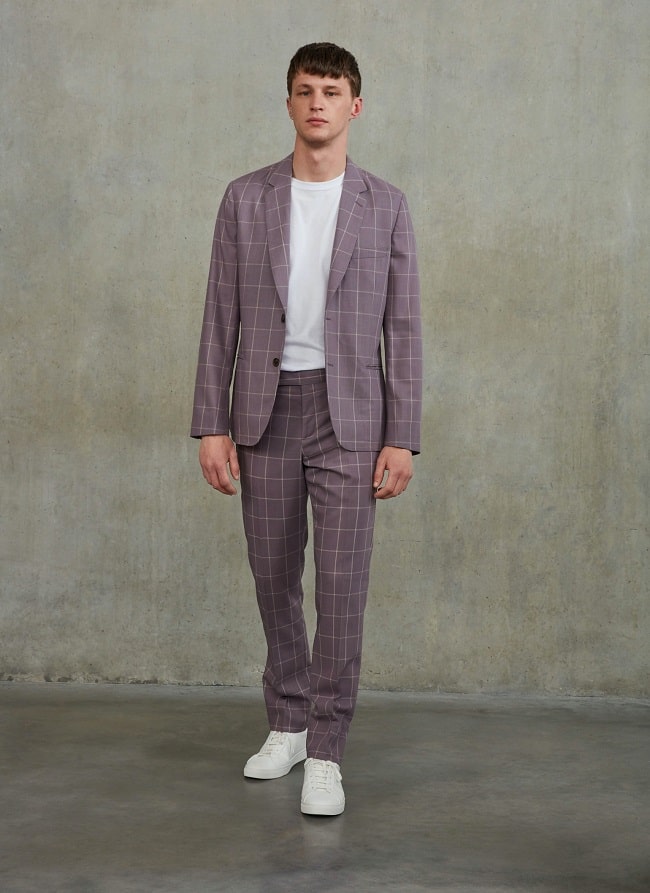 The showman suit. High waists. Lace. Ruffles. Any list of high-fashion menswear trends not only seems pulled from Harry Styles’ wardrobe, but embodies fashion’s increasingly gender-neutral direction without plunging head-first into androgyny. A masculine foundation grounds it all, but the hard line between this and more feminine archetypes gets regularly crossed, with ideas and elements shared to the point that nothing seems overtly male or female. It just exists in either sphere. Mauve moves in this direction, with a nearly invisible but hinted-at backbone of menswear neutrals and an exterior highly influenced by stereotypical feminine presentation. It’s the ultimate gender-bending shade that appeals to all without strong notes of overt pandering.