WHY JOGGERS AREN’T GOING AWAY ANY TIME SOON 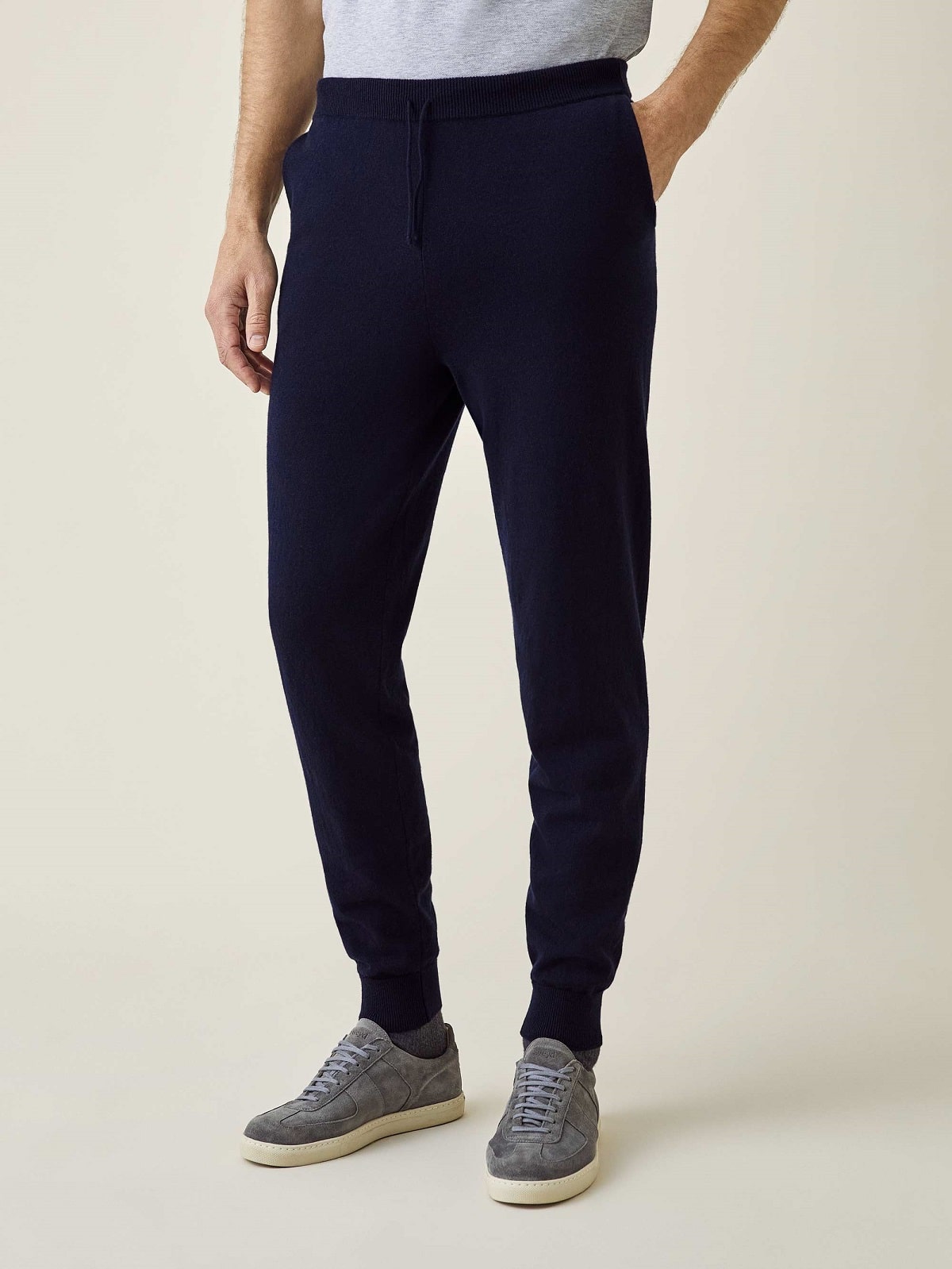 If one article of clothing symbolises pandemic style, it’s a pair of joggers. Trends in shopping habits led many individuals working from home from 2020 through 2021 to purchase, if not invest in, athleisure. We wanted to feel comfortable, if not think about hitting some active goals, while wondering and waiting about what could happen. Yet, sweats, tracksuits, and T-shirts all err on the strictly casual end of athleisure. Joggers, truly ever since their more common adoption nearly a decade ago, tend to stand above this, especially with different fabrications.

It’s not that we weren’t wearing joggers before – but the instances were fewer and farther between. As some Brits and Americans muse a perma- or hybrid-work-from-home lifestyle, joggers seem like they’re here to stay – paired with T-shirts for those after 5pm hours and with your shirt and even a blazer when you want to look put together but, at least in this getting-to-know-the-world-again age, not like too much of a try-hard. 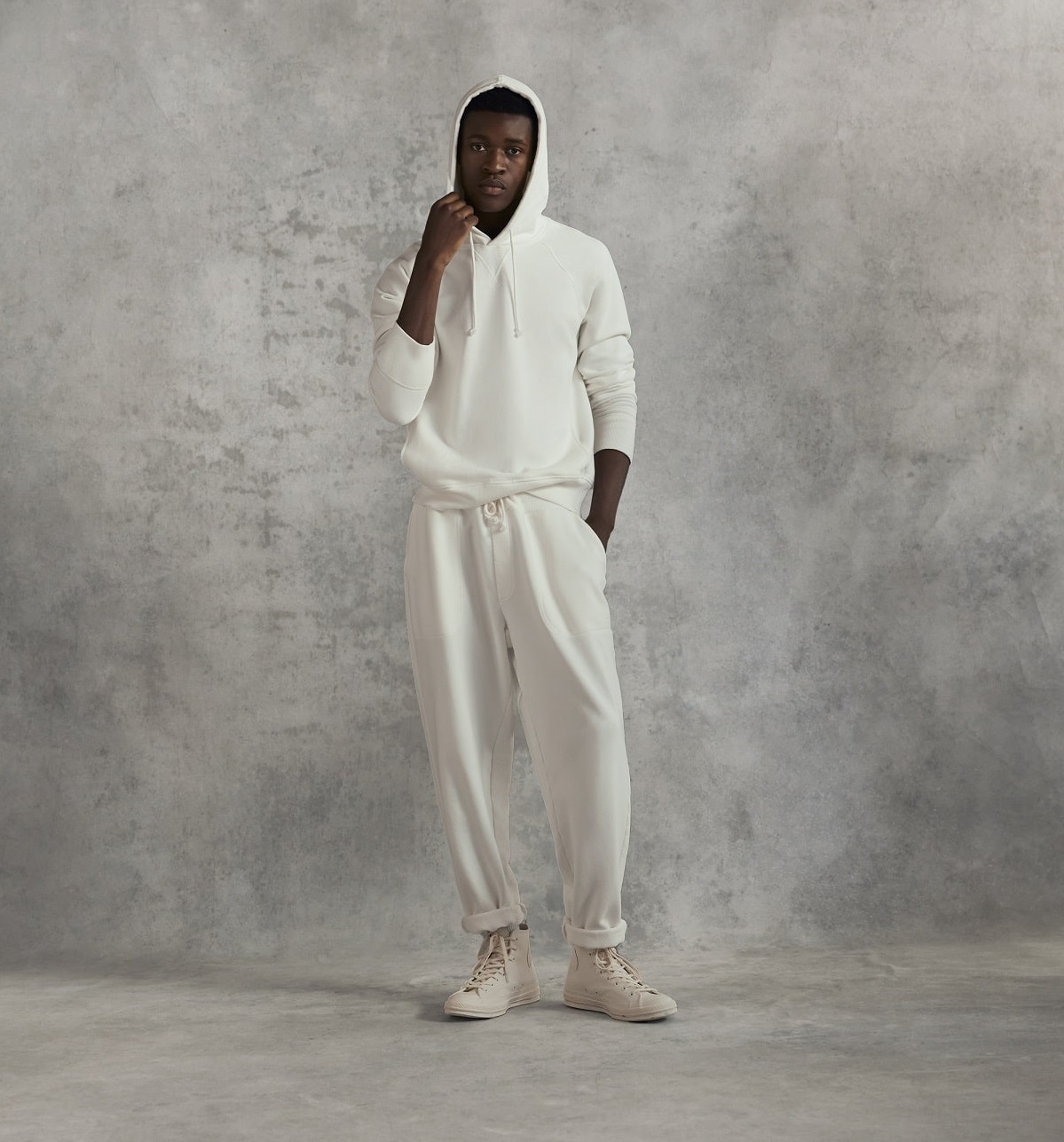 Joggers, to some extent, have existed since the 1970s. In the U.S., they were the proverbial cold-weather gym-class fare through the 1990s, until track bottoms with their snap sides took over. Because of this association, they’re often confused and considered interchangeable with sweatpants.

Sweatpants and joggers do share a few similarities. Both, at least in their purist forms, start with that midweight cotton-blend heathered material featuring brushed fleece or terry material on the interior for warmth. As such, unless you want to get truly techy, they’re both serviceable athletic bottoms.

Then, both tend to have an elastic drawstring waist. The key here is “tend”: You’ll spot joggers, especially more fashion-centric ones, with a button or even zip fly. Or, the waistband offers some stretch – but it’s not full all-around elastic – with a drawstring for some customisation. 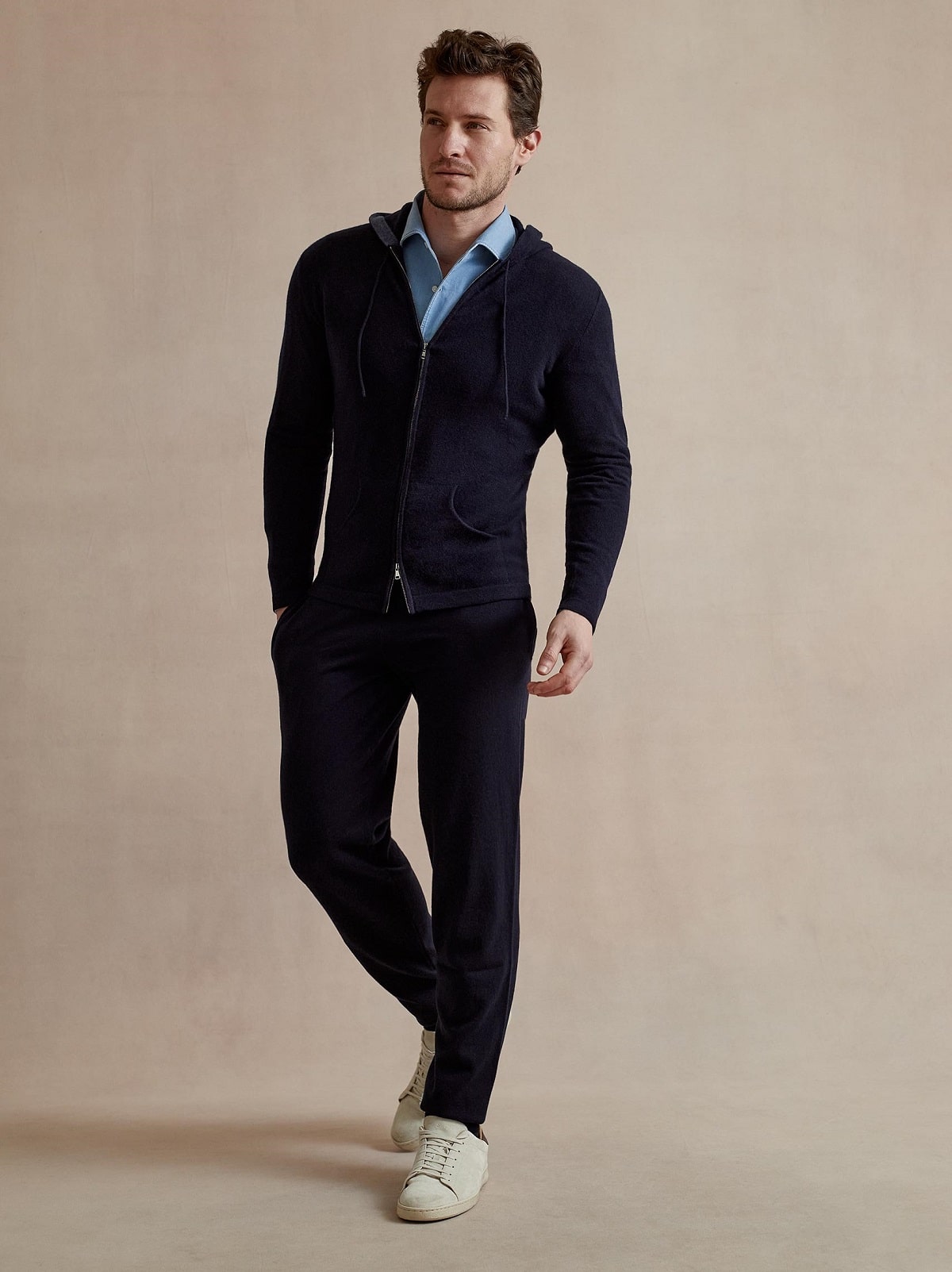 Once you get past these points, sweatpants and joggers diverge on their own separate paths. Sweats can have a cuffed or elastic bottom – however, you’ll also spot them with a straight, maybe even wider-legged cut.

Joggers, meanwhile, pertain to a specific silhouette: a defined, taller cuffed ankle, a tapered fit that balloons out somewhat, and a defined waist. Unlike with sweatpants, you won’t encounter voluminous styles. As well, this silhouette has migrated outside of activewear to denim and chinos and, due to menswear’s current obsession with cargo trousers, tends to sport multiple pockets along the exterior.

Thus, considering these factors, joggers deliver more structure and form than sweatpants and have ventured past their origins to offer casual alternatives to other business-casual staples. Due to this latter aspect, they’re not always appropriate for the workplace – even with smart-casual rules – and tend to better sit within work-from-home business casual: serviceable, comfortable, but better unseen. 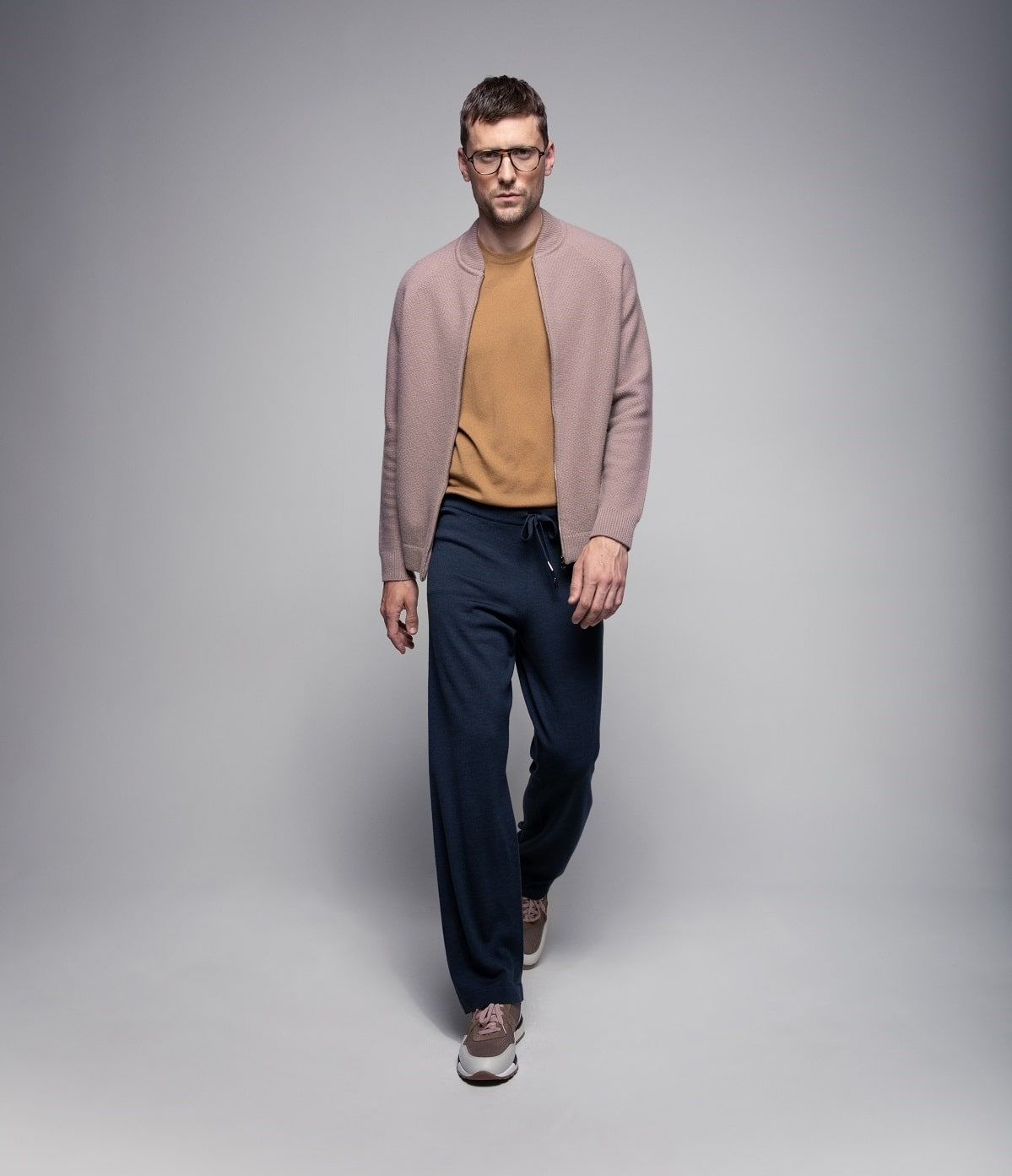 Why We’ll Be Seeing More of Them

When joggers appeared within the spectrum of menswear – not solely athletic or lounge wear – somewhere around 2011, most would’ve thought the trend would’ve run its course. Instead, they’ve proven their worth:

Sweatpants – let’s be realistic – tend to be a dower. You get the vibe you’ll be lounging around all day and doing nothing more. You don’t feel aspirational or like a go-getter. Rather, they’re the “I just rolled out of bed” piece, even if you opted to comb your hair.

The slimmer silhouette joggers cut lends itself to more possibilities. T-shirts are fine yet predictable and deliver peak 2010s athleisure. Still, you can think beyond. Change out your T-shirt for a polo, or think of a new casual angle with a bomber jacket. Take smart-casual literally by pairing cotton-based joggers with a button-down or Henley and a blazer on top. Footwear, too, covers a similar arc, from athletic kicks to military-inspired boots that fit around joggers’ ankle cuffs. 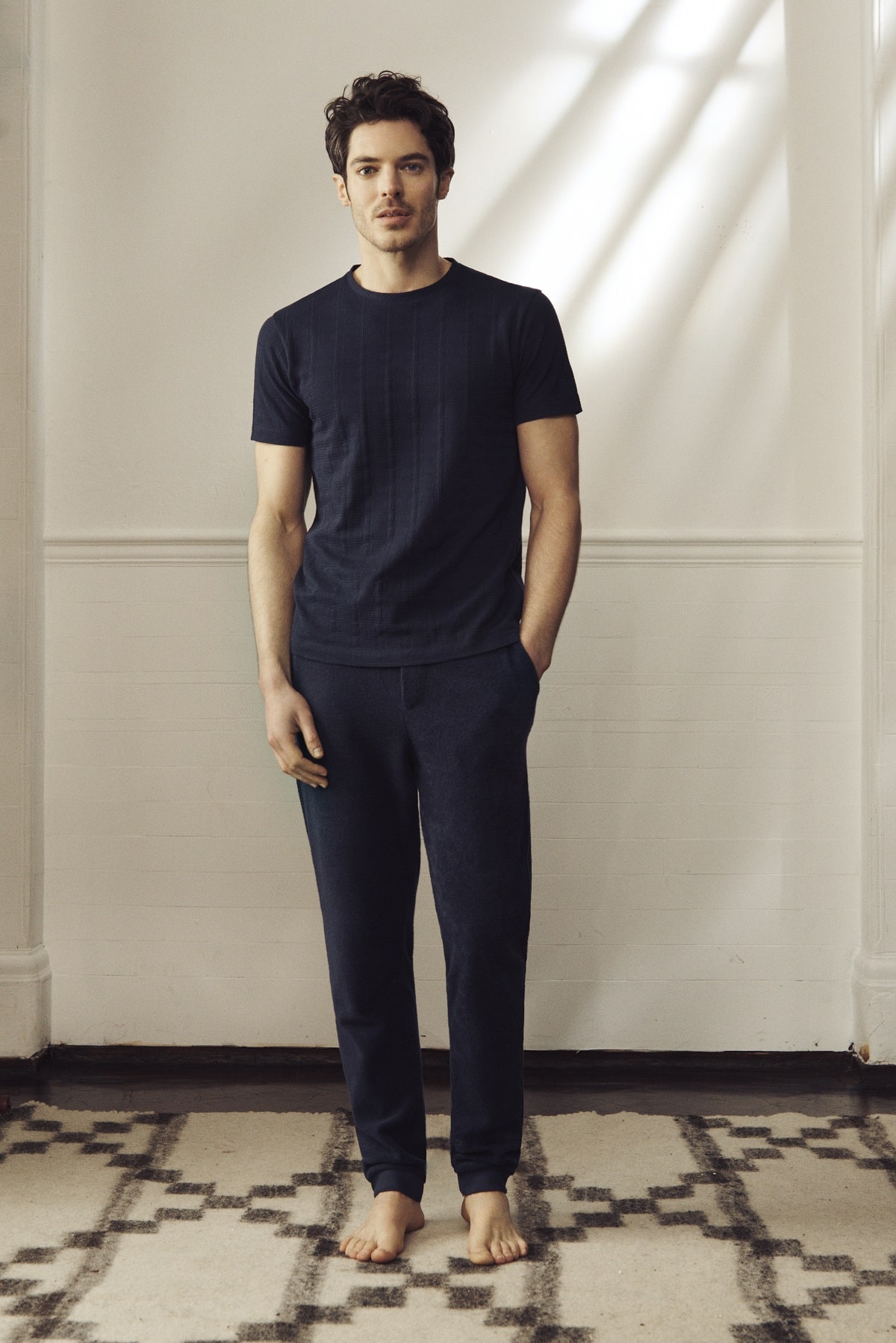 Yes, you can find joggers in heathered fleece or terry, but the reality is, you have options that continue to grow. Cotton fabrications were the first sign joggers broke away from their source material. What resulted was a more tapered chino-like style with a waistband for comfort. Of course, this foundation proves you can only go up. In turn, denim joggers represent an athleisure fusion, cargo pockets enhance them with a military character, and nylon with tech properties positions them off the track and toward the outdoors.

In turn, the ubiquity of the jogger proves that you can live with an undercurrent of comfort and that athleisure bottoms don’t always equal sweats or a tracksuit. 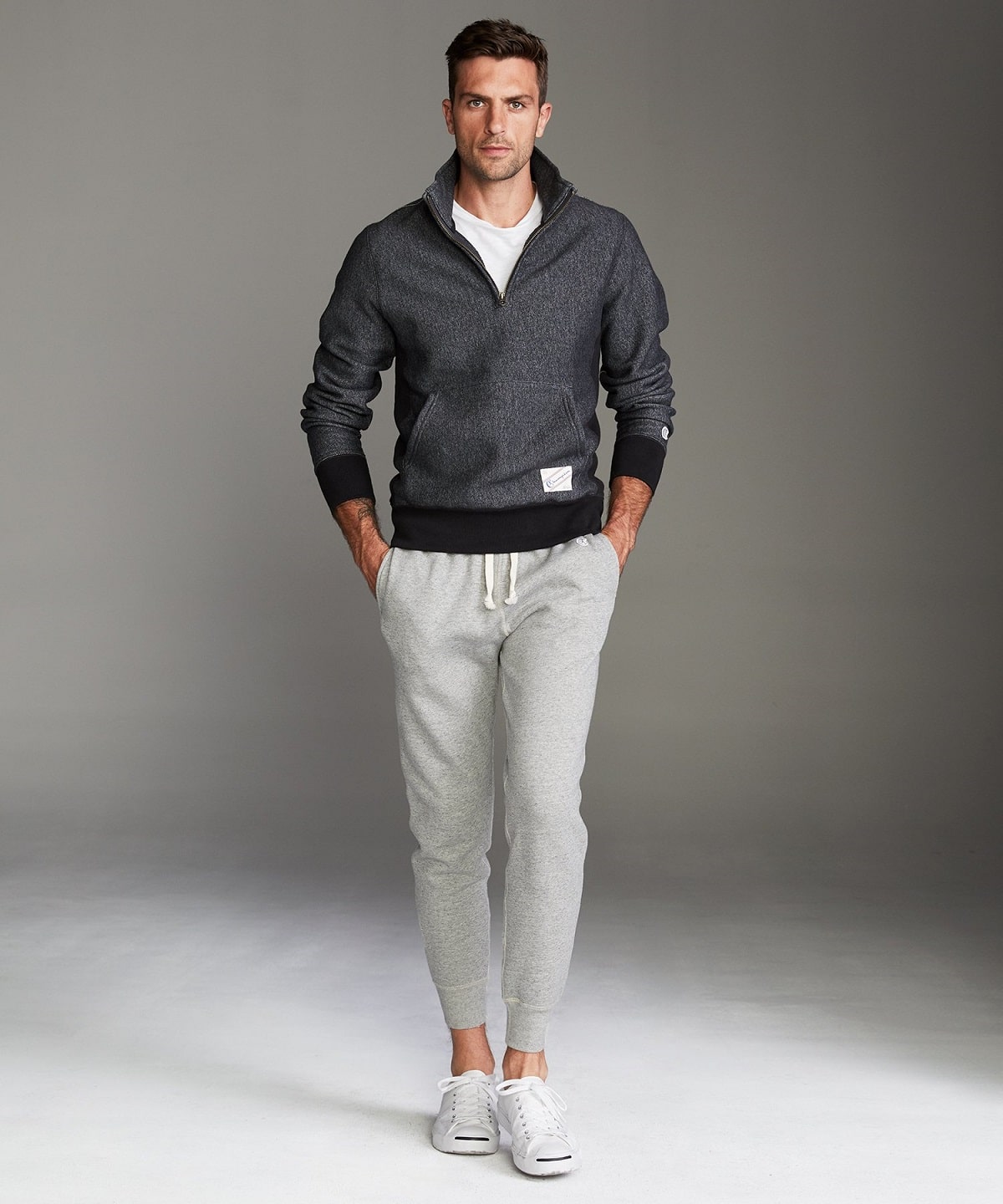 Building from the points described above, a single type of form defines what a jogger is versus chinos or sweats, but variations exist:

- More tapered: Think of this as your skinny joggers. No, they’re not skin-tight, but in an era of rapidly widening leg widths, this silhouette keeps things slim, adding a smarter, more structured appearance that might even pass muster in your workplace.

- Wider cut: A wider-cut jogger hasn’t quite reached voluminous status. Instead, these are your classic joggers, inspired heavily by ‘80s and ‘90s athleticwear without relying on fleece or terry construction. Due to the space and differences between the legs and ankle, this is strictly a casual trouser.

- Lounge joggers: You could also describe this as a more classic offering – more of retro athleticwear gravitating toward the couch as techier counterparts replace it at the gym. Those with a fondness for this style period will embrace it and bask in the nostalgic character. 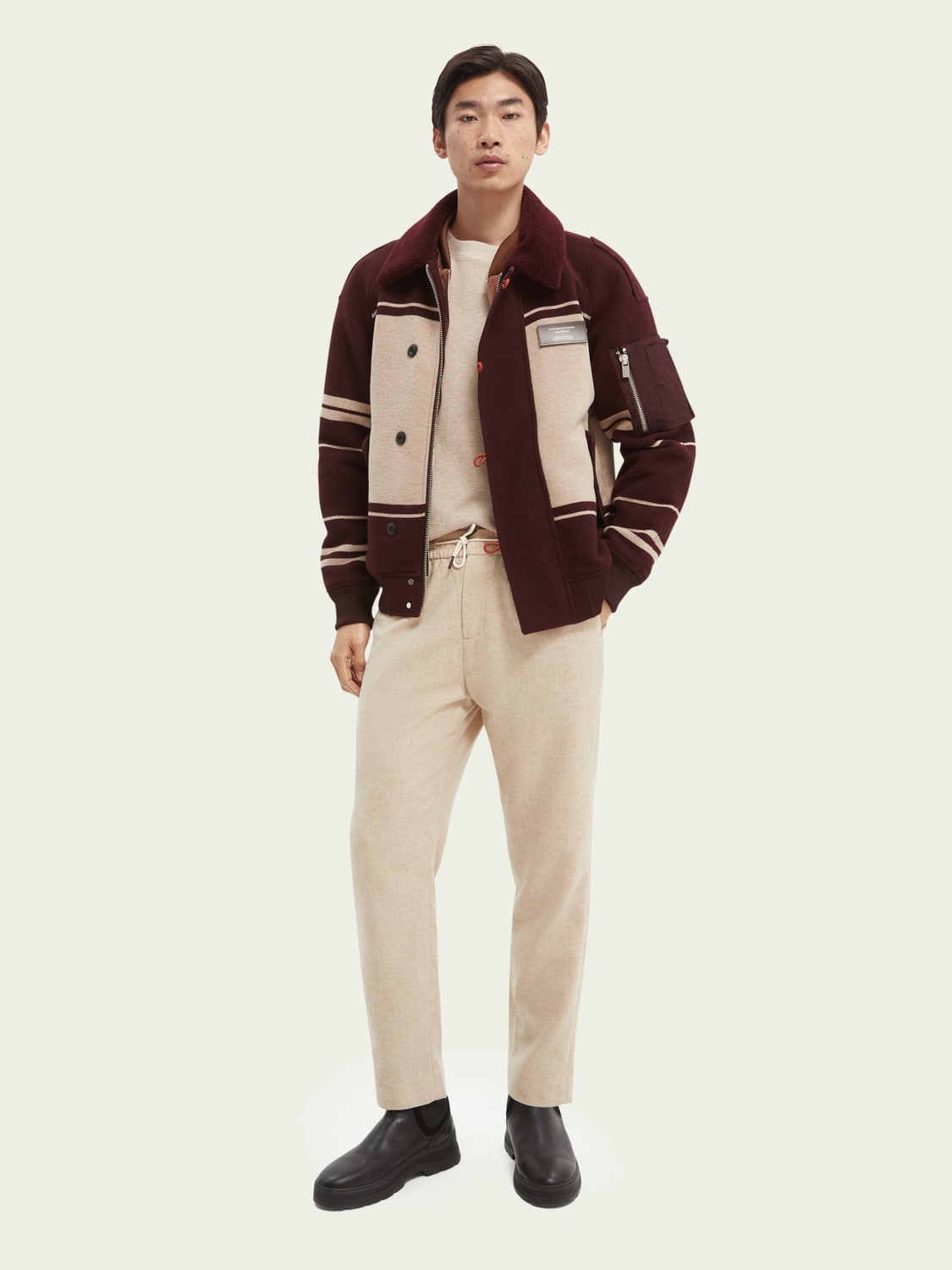 Do you wear joggers other than for fitness? #style