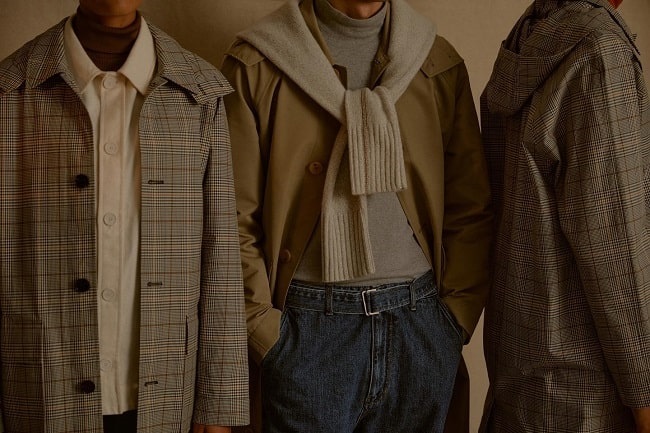 2021, more than midway through at this point, has been an anything-goes-within-boundaries year. Masks? Maybe, but add a print and make sure they’re useful. Fashion Week, in line, has resumed some in-person presentations, while other brands seem to have found a happy medium within the digital format. And, as far as what we’re wearing come autumn, collections go in one of two directions: elevated casual or straight-up fantasy territory. The question isn’t so much where do you go but, rather, what you plan to do. What’s your state of normal?

As some return to the office, and others embrace the work-from-home lifestyle, the following AW21 trends are on our radar:

It’s simplistic to say that sweaters used to be crazy, before the past 10 years brought about finer-gauge construction and heritage knits. AW21 takes a nostalgic approach to knitwear, one we last remember from the oversized ‘90s yet borrowing the colours and patterns of the ‘80s.

What does this trip-down-memory-lane hybrid yield? Knit polos are the effortless everyman staple – not too sporty, like their stretch polyester, ready-for-the-green counterparts, not too dull, like a true ‘90s relic, and all about the pattern, from checks to stripes to swirls. Texture’s thrown in, too, to give personality and depth to the slimmer cut.

Sweater vests revive an ‘80s prep staple: This time, though, it’s less adversary from a John Hughes movie and more like you raided your dad’s wardrobe. The fit’s not slim – think last year’s cardigan coupled with muscle tee arm holes – and colour-blocking transports it far away from the country club.

Patterned sweaters then translate the insanity of summer’s camp collar shirts to the season’s cooler temperatures. You’ll encounter the usual suspects – beach chair stripes, florals knit for contrast, and many variations on plaid – plus landscape prints, geometrics, and anything outside the realm of cottage core that can emerge from this fabrication. 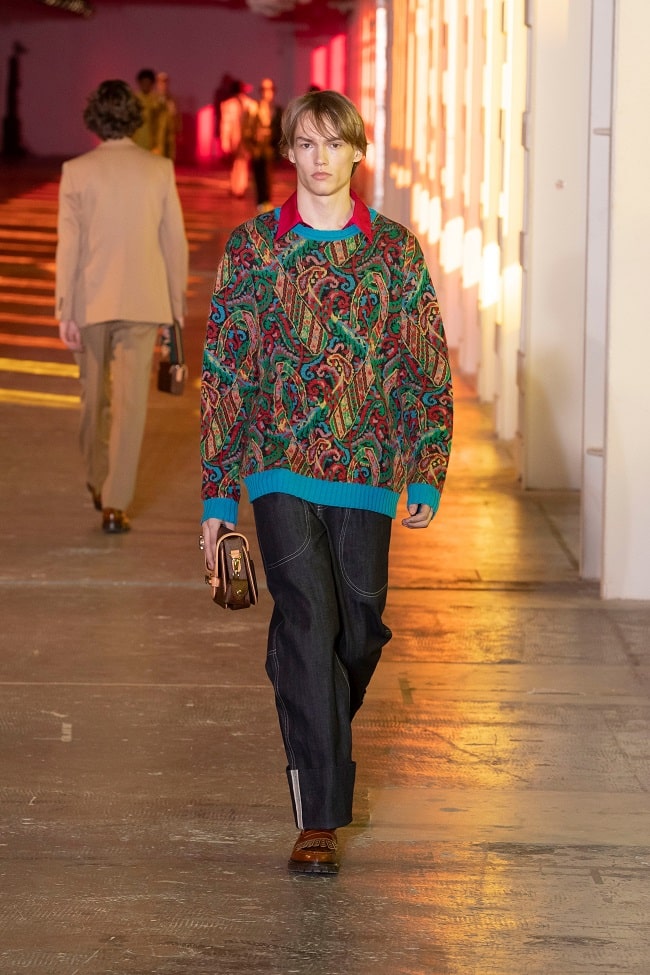 Here’s where the fantasy starts – or more like continues. The Matrix ideal – of leather trench coats and thin, oval-lensed sunglasses – emerged in pre-pandemic collections. We get a part-two – not horrid, if you remember the actual trilogy – with lace-up wellingtons that merge menswear’s decades-long dalliance with military influences and this modern obsession with Y2K vaporwave plastic-ness. Of course, avoid the PVC for something more sustainable, ideally with a height and construction you’ll be able to wear with something more than a dark trench coat. 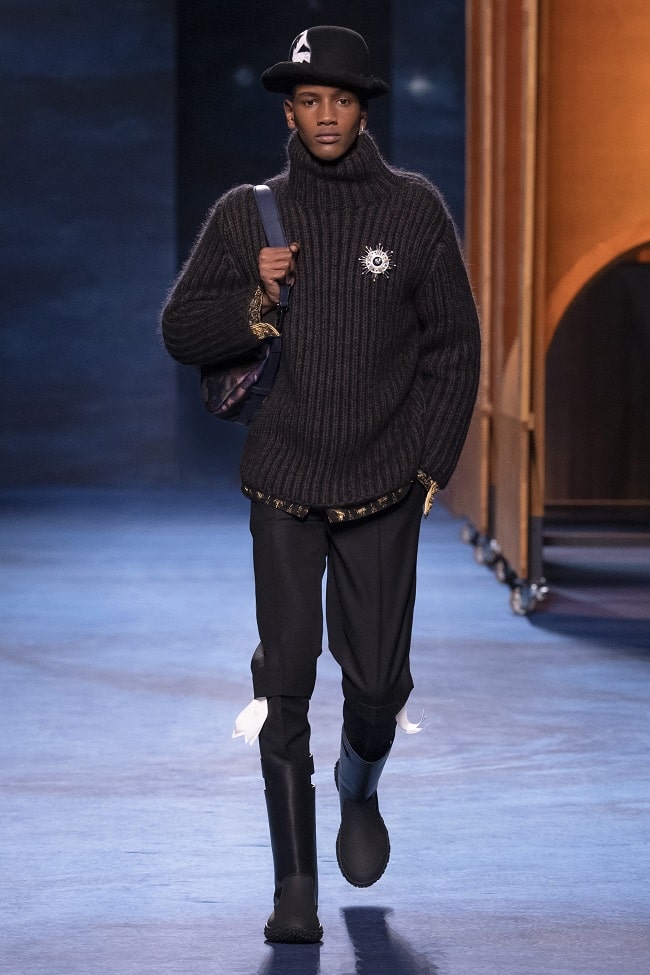 The demise of streetwear was overstated back in 2019. Yet, while casual wear – and more specifically, its hyped-up streetwear foundation – isn’t disappearing, the new tailoring we’ve all been hearing about is less board room, less business and more like you’re partying like it’s 1985.

The broad shoulders are there, as is the gemstone-to-sherbet colour spectrum. We’re spotting some androgyny – truth be told, you could easily see both Annie Lennox and Adam Ant in many of this season’s get ups – spliced with excess, from oversized cuts to plush and luxurious materials to liberal use of accessories. Pleats, double-breasted, velvet, belts, high waists, and snakeskin, it’s all fair game. After years of a literally restrictive slim fit, men’s suiting – at least for those who enjoy it – is taking this embodiment of masculinity and stretching its boundaries into an entirely new garment. 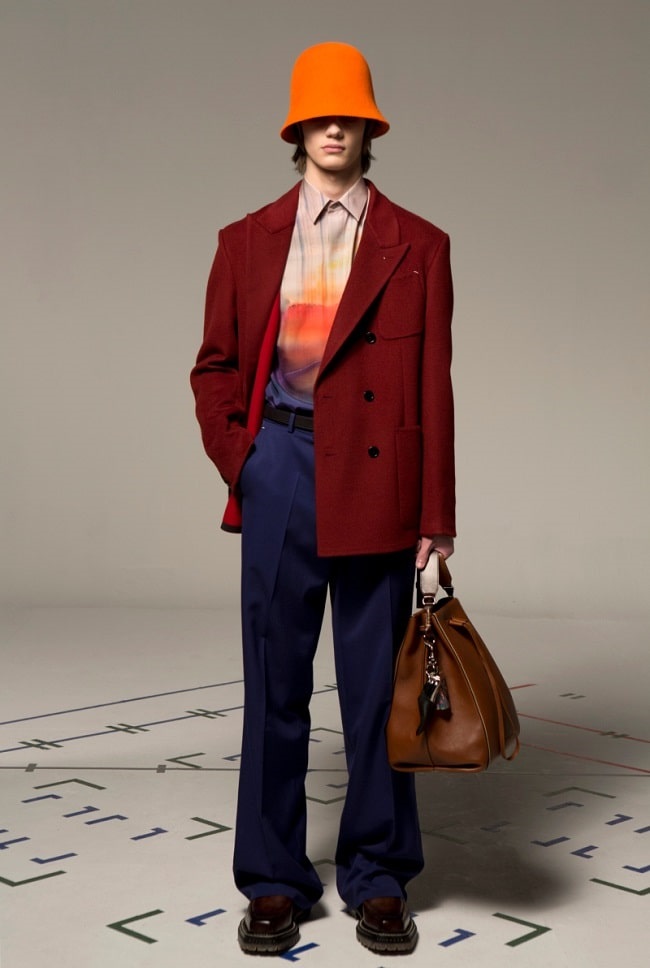 Winter’s coming – so why shouldn’t you have a high-quality overcoat? This AW21 trend illustrates a pattern we’ve noticed over the past few years: Emphasizing classic styles by reworking or positioning them as investment pieces.

AW21 travels down both paths. You’ll see the staples in camel or black hues, perhaps slightly larger or longer to indicate our current obsession with such silhouettes. Yet, from here, we enter the realm of the futuristic, through puffer textures and full leather construction, looking as if you’re a background character in The Matrix. Some might say it’s a bit much – nay, even a tad toward novelty territory – but with the nostalgia of Y2K creeping up on us, it’s longer-lasting kitsch with a more mature framework. 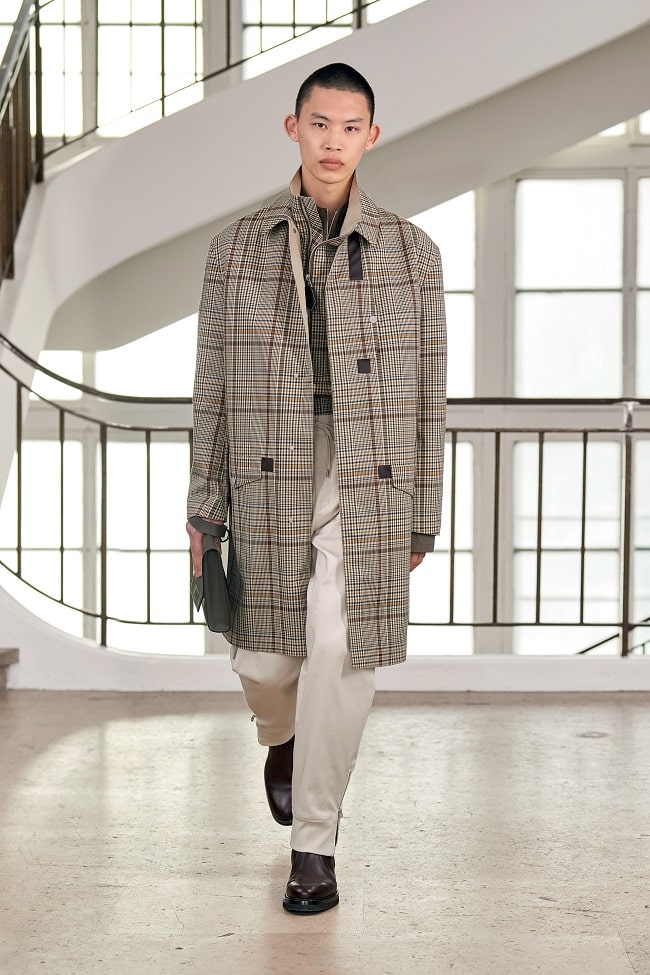 A bold statement can indicate you’re seeking to start anew – revive what’s been dormant by reintroducing yourself to the world. Over the past few years, we’ve seen menswear cycle through quite an extensive palette of shades – gem tones, pastels, and neon, more prominently – but red offers a more direct path – one sending an impactful message.

Red has managed to permeate everything this season, resulting in more vivid floral and geometric prints, bright track suits reminiscent of early 2000s tackiness, and suits seemingly extracted from an ‘80s music video. It’s as far from demure as you can get, and that’s precisely the point. 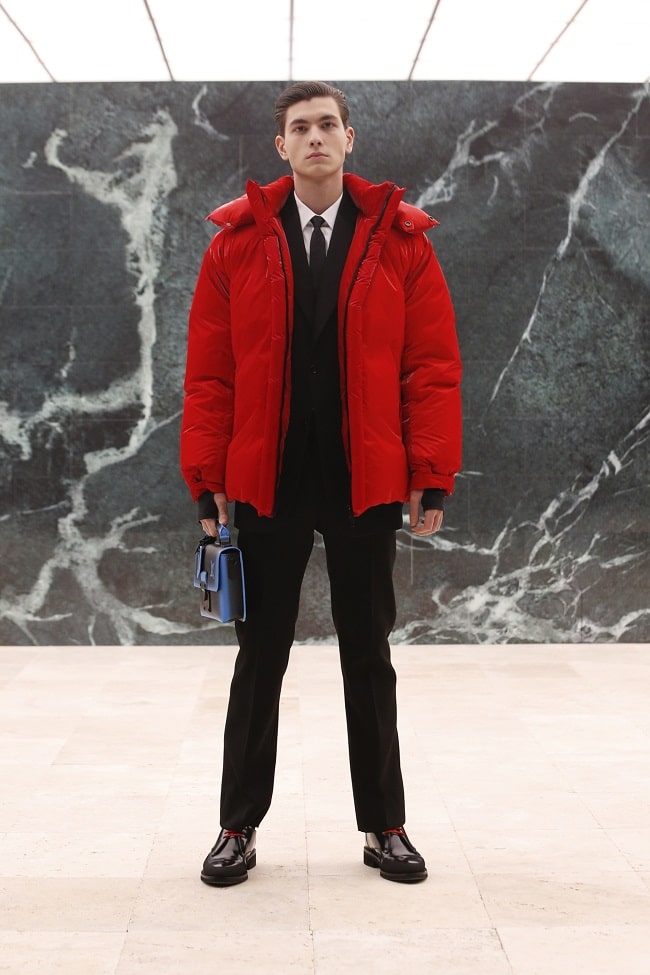 By the looks of it, the novelty of hiking-inspired gorpcore has worn off, rendering windbreakers, chunky sandals, and heavily pocketed trousers as mundane. These days, they’re not so much worth a second look as they are a precursor to ski-inspired styles: some literal or, as is the case of GmbH, a campy trope examining white upper-class signifiers.

At its most bare, ski wear emerges through puffy, quilted silhouettes, large goggle-like sunglasses, and streamlined trousers meant to pair well with tall boots. Bright shades and rainbow-like stripe patterns make it seem like you’ve been transported to an ‘80s ski lodge. 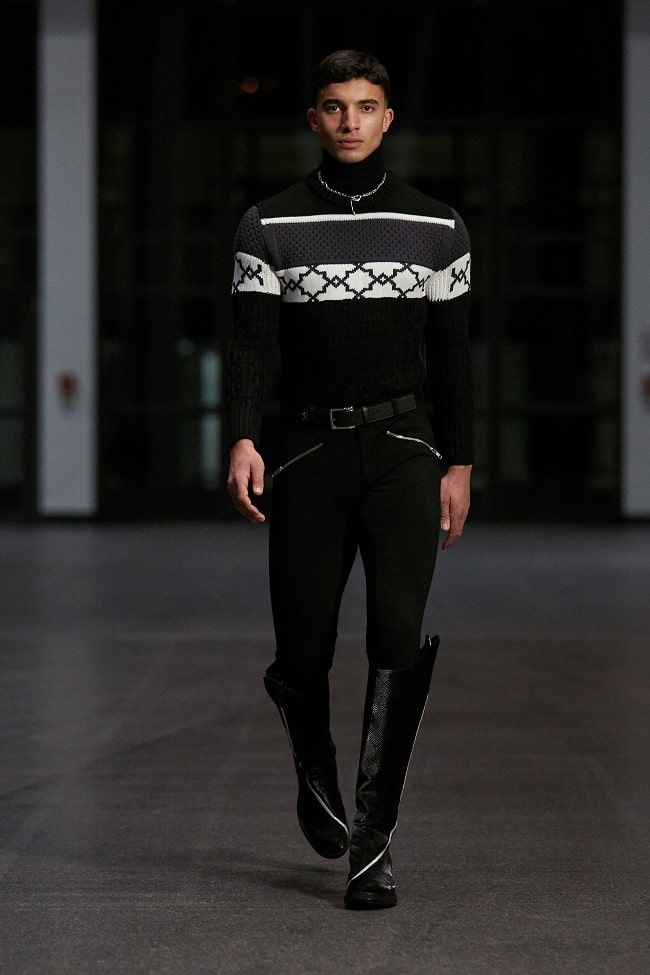