WE’RE IN A PERIOD OF PEAK HERITAGE STREETWEAR 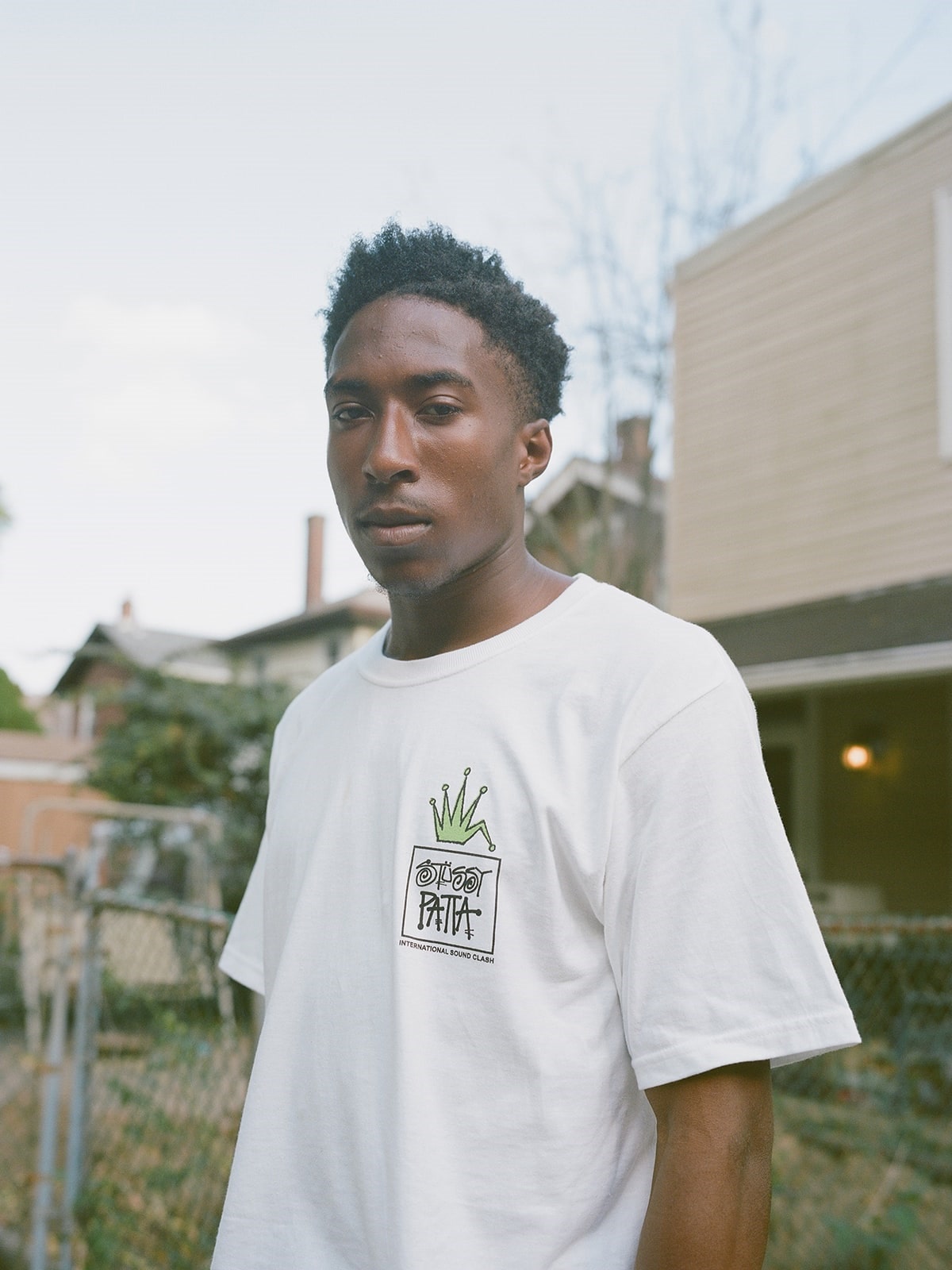 Heritage within the context of menswear brings about two images. On one hand, in more of the British sense of the phrase, are brands at least a century old that have built a reputation on quality craftsmanship and materials – think anything tweed or Barbour’s waxed canvas jackets. The other is the American interpretation that’s rooted in workwear – think flannel, denim, and what constitutes classic Carhartt. Although timeless, unchanged craftsmanship gives newer brands a platform to launch themselves from a heritage angle despite not having the history, streetwear and more experimental fashion appear to fall outside of this scope. Yet, in looking at the evolution of menswear from suiting through workwear through the emergence of casualwear in the 1990s, streetwear began to gain traction starting in the 1980s, bubbling underground for over a decade before finding mainstream appeal. Although 40 years might seem like a blip compared to more established brands, it’s enough to write a history of a beginning, middle, present, and whatever’s ahead, firmly putting select streetwear brands – think Stüssy and Supreme – into the “heritage” category.

Still, especially with high-fashion brands only seriously embracing the dominant streetwear aesthetic of graphic tees, hoodies, and oversized silhouettes over the past decade, “heritage” can seem like a foreign, if not wholly inaccurate, descriptor. As such, brands with a reputation edging, if not bypassing, 30 years routinely partner with entrenched heritage names to establish a more mature, perhaps even more dignified, image. 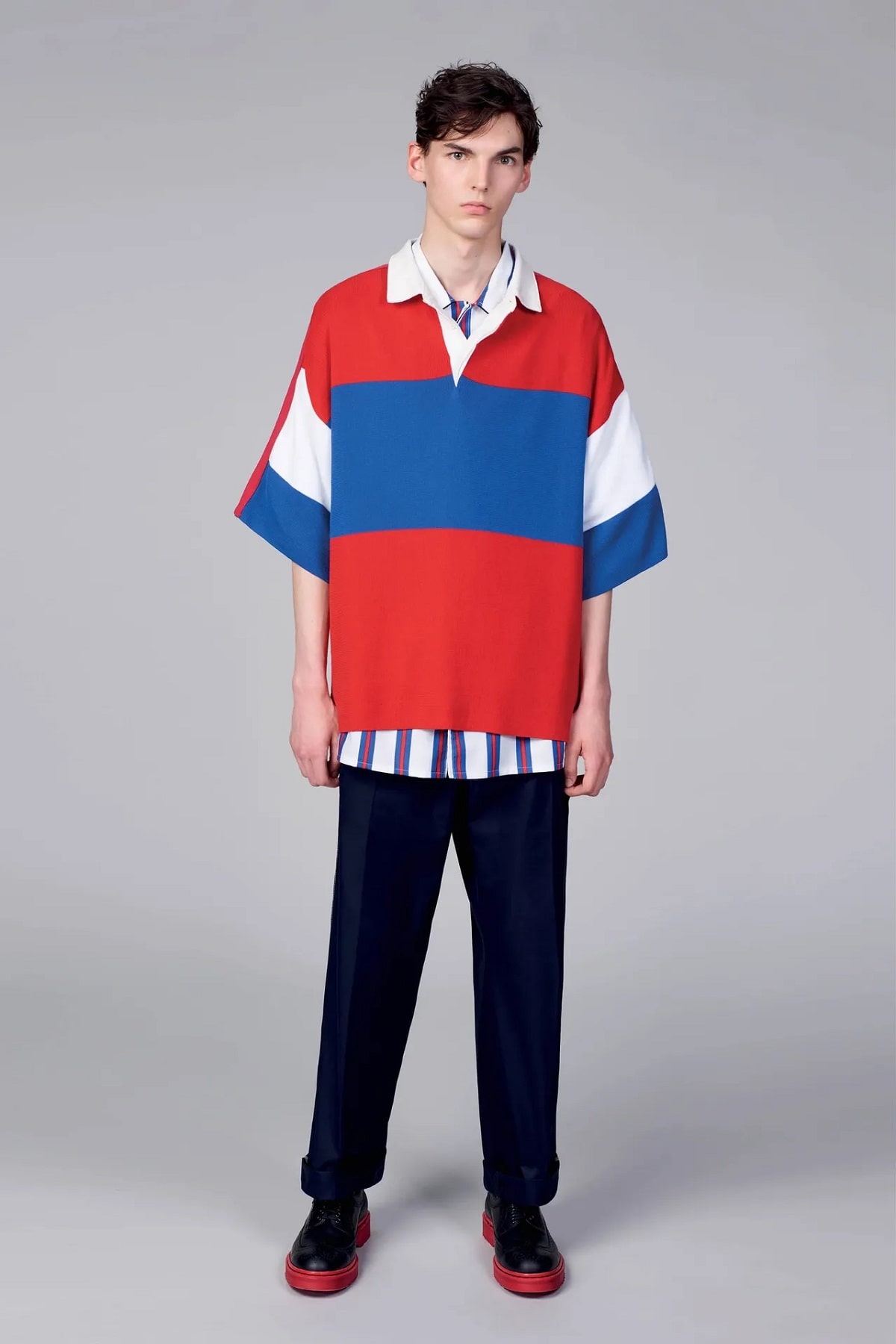 In the present, this type of collaboration delivers a two-sided benefit. One, the streetwear brand gets to stand on – almost literally, in this instance – more established, reputation-building craftsmanship. The heritage brand – sometimes workwear-leaning, and angled toward the outdoors at others – gets a more elevated design that appeals toward a younger consumer who might not ordinarily seek out that type of piece. At this point, “heritage” encompasses anything from denim to workwear to tweed to certain plaid and check prints to older athleticwear, with many materials or garments geared toward longer use and more durable, outdoor-ready construction. Streetwear collaborations tend to involve the latter group, as well as occasional denim and athleticwear collections. In recent years, we’ve seen Supreme and Barbour predictably partner up, Palace work with Pringle of Scotland on some knits, and Woolrich extend invitations to Aime Leon Dore, Stüssy, and Mastermind JAPAN. What often results is rather predictable: The construction you expect with a few prominently-placed logos to appeal to the hypebeast crowd, with everything available in smaller quantities. 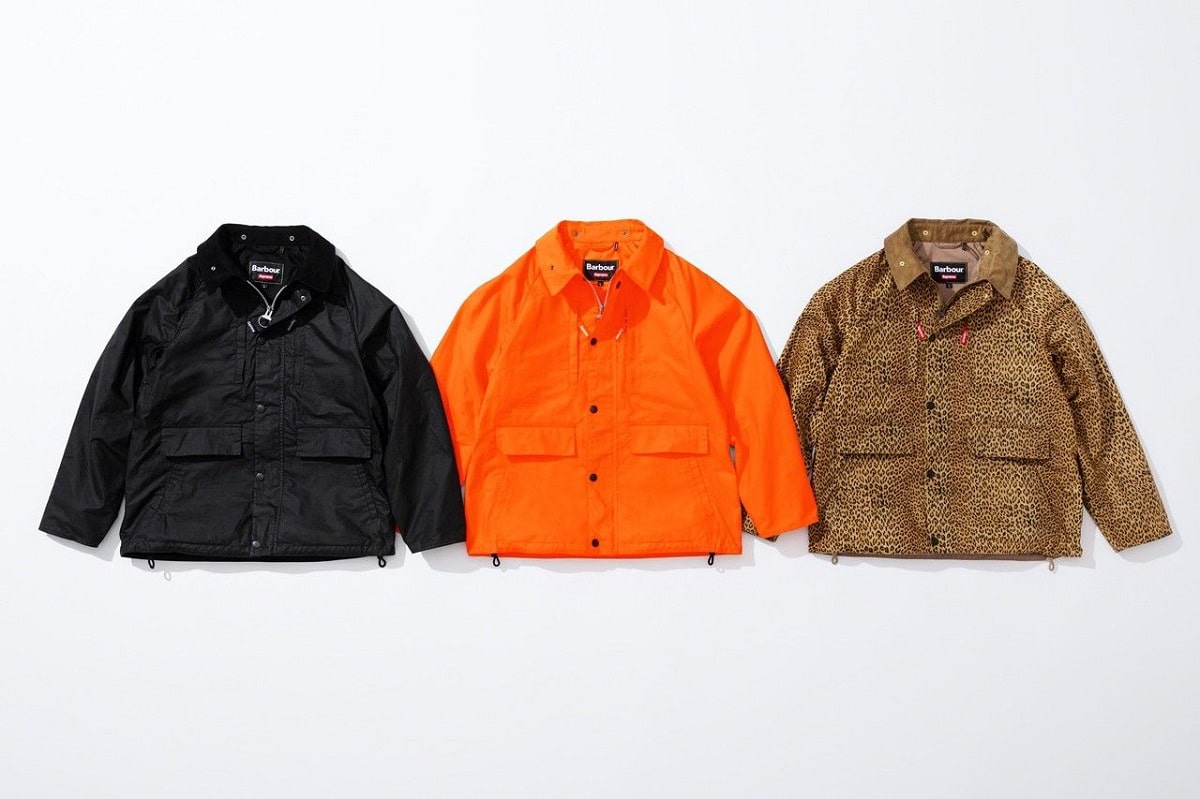 While getting some limited-edition branding and graphics might appear like a cash grab to Woolrich, Barbour, or even Columbia or The North Face, streetwear tends to be mired in an ambiguous reputation. On one hand, more underground, subculture-originating roots appear to prioritise visuals over materials or construction, leading many to question the sustainability of streetwear’s drop model. Secondly, stratification continues to grow, with luxury streetwear like Off-White, Supreme, and Kith being highly grailed, “mall” brands like HUFF and Obey opting for more of a fast-fashion-meets-drop format that prioritises neither quality nor originality, and independent, locally-driven brands – once its foundation – struggling to get visibility unless they’re endorsed via influencer marketing. A heritage collaboration helps solve part of this conundrum, illustrating the confluence between more out-there, bolder styles and trustworthy craftsmanship. 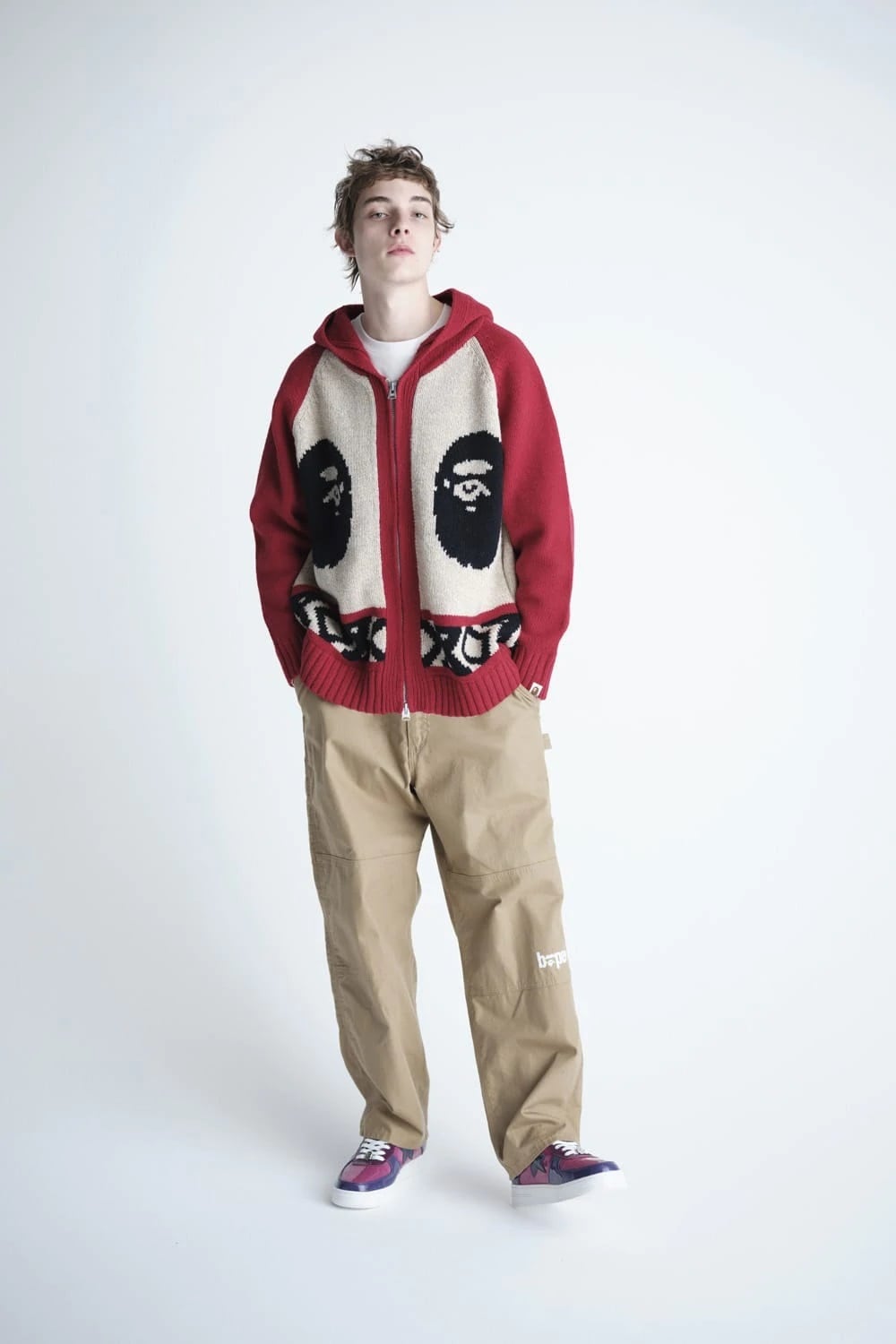 Perception and brand mission don’t always align perfectly. Based upon a study conducted by NSS in conjunction with Lyst and Cartesio, consumers already group older or more prominent streetwear brands as “heritage” – think Supreme, Bape, Stüssy, Slamjam, and adjacent athletic brands like Adidas. “Heritage,” here, isn’t being defined as construction but instead is based on its cultural origins, values, and legacy. At the same time, “heritage,” at least when it comes to image and brand storytelling, appears to run parallel to and stand upon grit. We picture fabrics or garments crafted to meet a need – protect from the elements or supply workers – and seeing market demand rise in response to durable construction. To some extent, a similar narrative shapes longer-standing streetwear brands. In the case of Stüssy, which celebrated its 40th anniversary in 2020, that’s of innovation and connecting with a handful of subcultures. Here, though, it’s not construction in the way denim or waxed cotton duck is made but more of an image based on artistic innovation. Supreme’s story – while starting over a decade later – reflects similar principles – just replace Stüssy’s inspiration from surf culture with Supreme’s start as a skate shop in New York that built momentum through its videos, recognisable graphics, selective drops, and appropriating luxury symbolism for its respective audience. 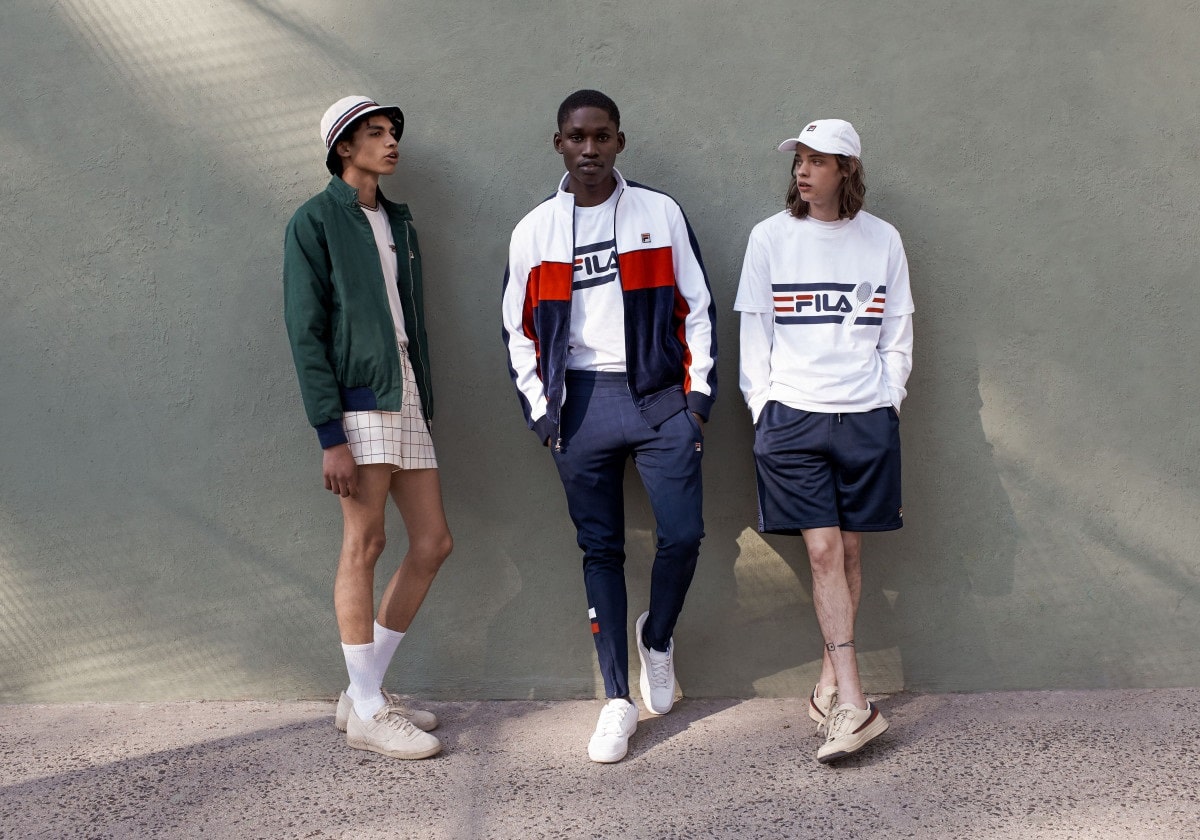 Essentially, when you consider grit in a Horatio Alger story sense, the started-something-from-nothing-and-found-success arc aptly charts where a brand has come from and its present. In the case of Stüssy, that’s growing too big and going too mainstream before scaling back to focus more on design and capsule collections over ubiquitous logos. Building off this, we all acknowledge that fashion evolves – in terms of trends, construction, and how we dress. Origins of many traditional heritage brands started from a place of practicality – creating knits or tweed for colder, damp conditions – or military garments that evolved into a civilian staple, like Burberry’s signature trench coat. The 20th century experienced a few style overhauls – particularly the emergence of fast fashion in the 1960s and, a couple of decades later, casual dressing in the workplace and in public life. Streetwear, in considering this progression, establishes heritage for the modern age – casual first, catering to a select and often exclusive consumer, and built upon both graphic symbolism and logo recognition. Much of this aesthetic both shapes and takes into account how we dress today and what we seek from clothing. 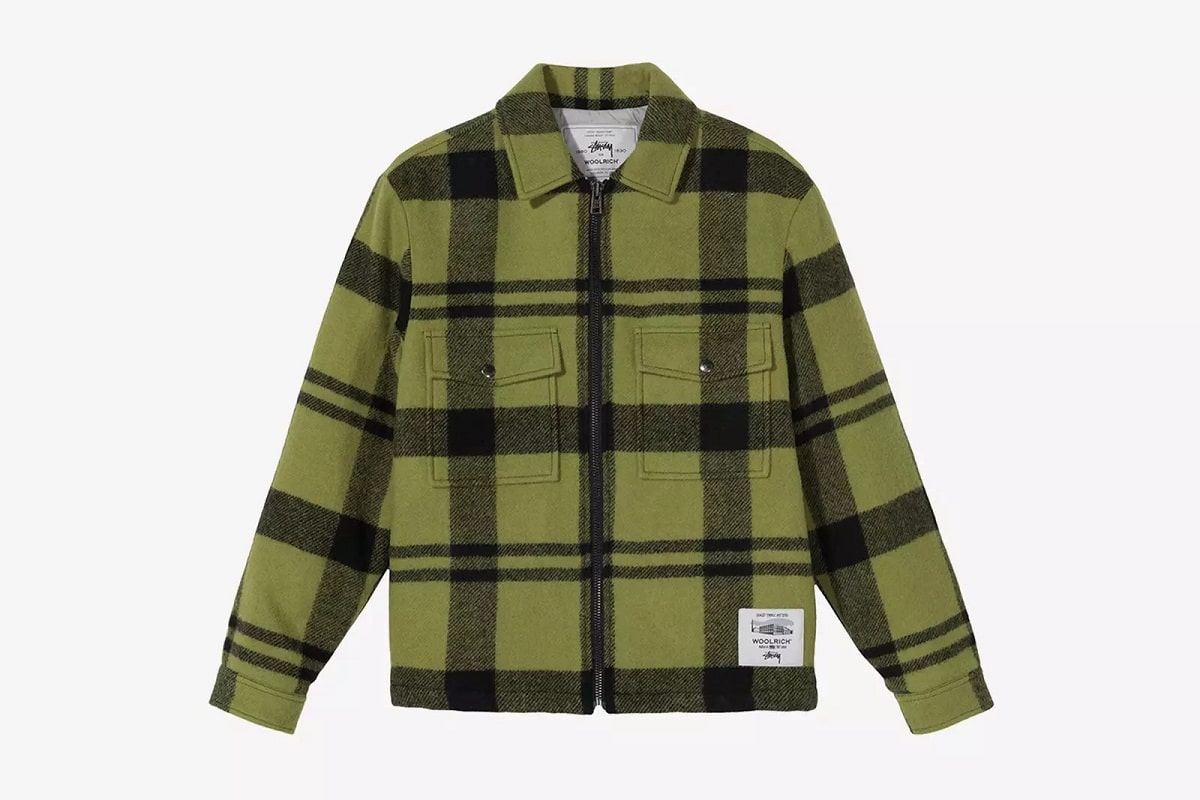 Another signifier of a heritage brand are core garments or design concepts: Just as much as a clothing line evolves, key pieces and construction continue to make up its foundation. Within the spectrum of streetwear, this balance has emerged, first to direct the growth of the vintage streetwear market and secondly to launch “heritage collections” that loop back to this legacy in an authentic or just slightly upgraded form. This approach isn’t new and coincides with the Y2K style revival. Back in 2017, FILA released a heritage collection celebrating its early 2000s styles, from tracksuits to sweatshirts with the era’s logos. Similarly, in 2015, JNCO attempted to capitalise off fashion’s more cyclical nature with a heritage line nodding to its signature silhouettes while simultaneously trying to appeal to a Gen Z consumer who didn’t get to try the ultra-wide-legged jeans the first time around. From this slow buildup, streetwear nostalgia – a.k.a. “heritage” lines and reviving archive styles – hit full speed in 2020. Part of the move was in response to material shortages during the early months of the pandemic. However, this approach further reflected consumers’ interest in something more familiar and, frankly, comforting. What we’ve seen in the roughly two years since has been a mix of minimalism, nostalgia, normcore, and athleisure that, in many cases, has taken us back to streetwear’s 1990s rise and illustrates why and how it has reached its current state. Branching off from this, vintage streetwear reflects demand for these classics among younger buyers in a way used CDs and cassettes once did: What’s new isn’t always interesting and frequently comes with a high, if not unaffordable, price tag. More sustainable shopping is another benefit, as is a less trend-driven approach: If yesterday’s styles still hold water as heritage pieces, why purchase something new that’ll lose its lustre in about a year’s time?