MENSWEAR IS SEEING A RETURN TO THE 1980S 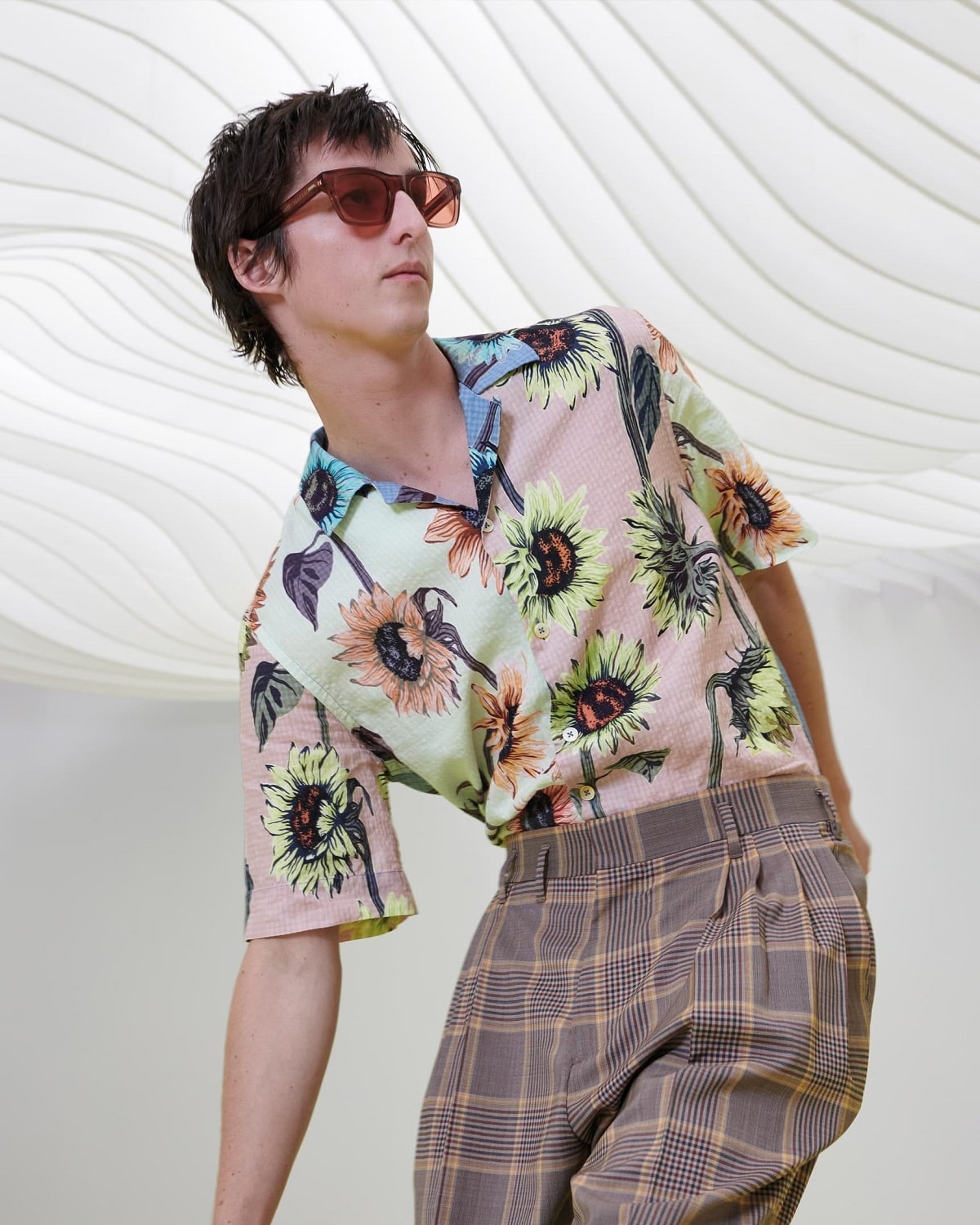 Especially in the present, the 1980s remain a curiosity. They were a time of obscene prosperity and success that continued albeit tapered off into the 1990s before meeting a sharp, official dead end with the Great Recession. At the same time, there’s a bizarre, almost folkloric innocence about those years: truly the last period before the internet transformed our lives.

These factors emerged with fashion, perhaps the most maximalist period in modern memory. It was an era of large shoulder pads, bold saturated hues, bright prints, deep pleats, heavy accessorizing, and tall hair. MTV’s effect on pop culture further manifested through fashion choices. To the opposite end, the period simultaneously feels guileless: direct, mindless trend chasing that ultimately formed the baseline for fast fashion in the following decades. Similarly, despite the ubiquity of spandex, consumers had yet to experience stretch denim, and hard lines existed between what was cool and what was considered incredibly dweeby. 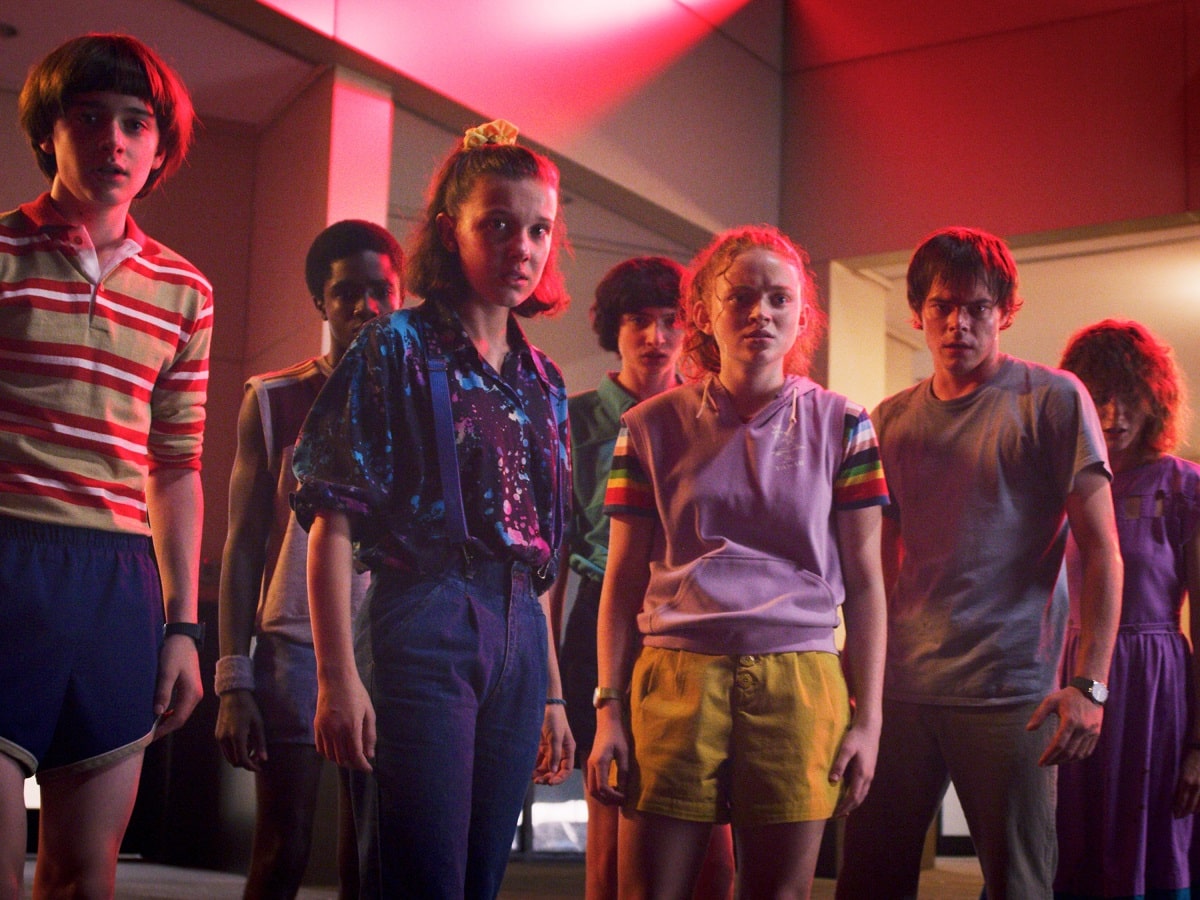 Pop culture, over the past five years or so, has romanticized the decade. That nostalgia has resulted in revivals of Dynasty and The Karate Kid through Cobra Kai and gave us modern interpretations of the era through Stranger Things and, less suspenseful, The Goldbergs. Similarly, period-themed movies like Sing Street captured the decade’s quaintness and lack of technological advances compared to today’s hyper-focused, anyone-can-be-famous influencer culture.

The admiration has also emerged through menswear. Although casual women’s fashion started its own ‘80s revival in the late ‘00s, resulting in skinny jeans, chunky jewellery, and cold-shoulder tops, menswear at the time stepped aside, perhaps hesitant to dabble with ‘80s androgyny or pastel-hued preppy choices. The present, however, has fully embraced this aesthetic: 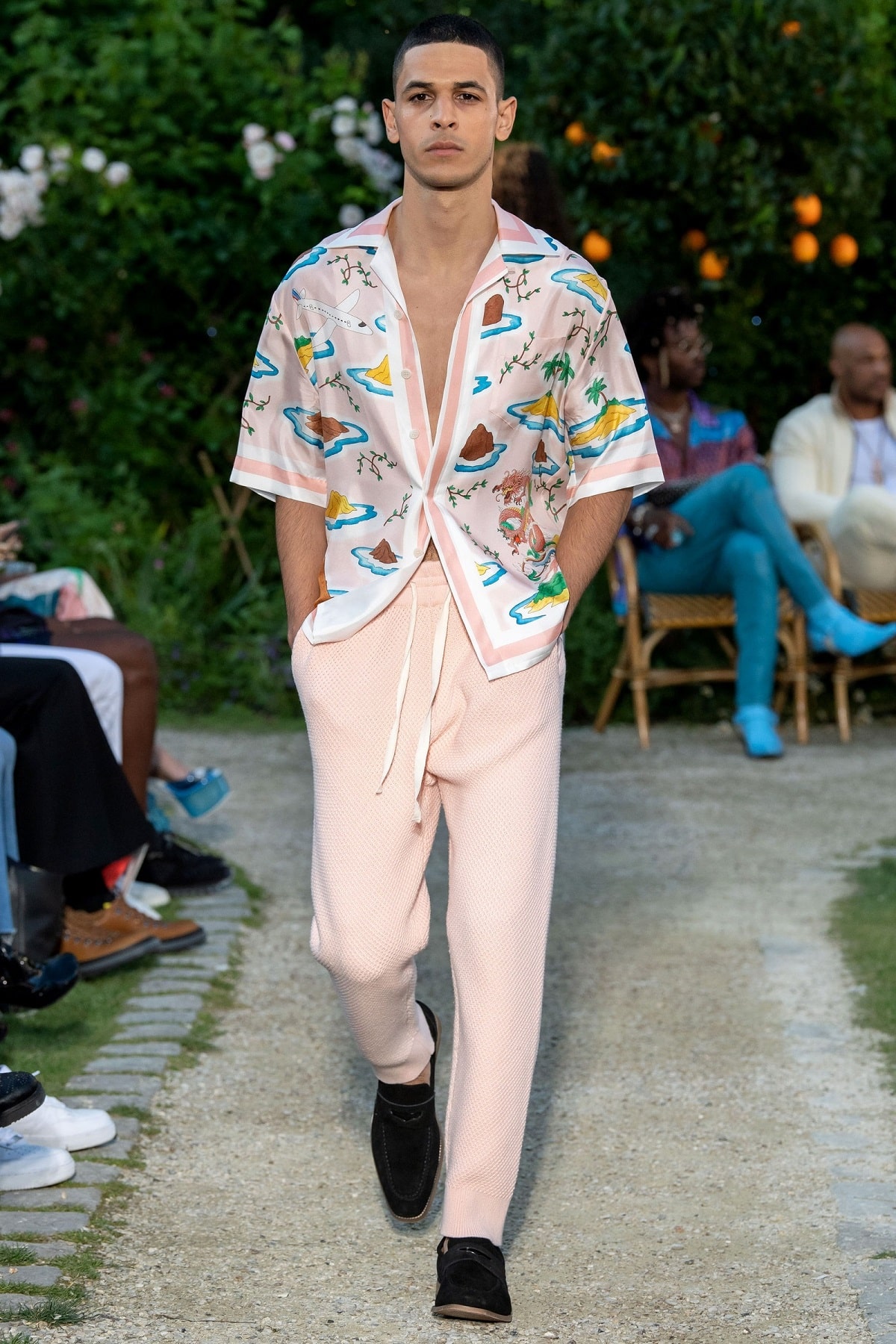 They’re everywhere, in long- and short-sleeve combinations, high-end to High Street brands. They have double-notch or button-down collars, flowy nylon or viscose combinations, or stick with cotton for tradition. You’ll come across floral prints, geometric varieties, and landscapes, and more recently, fruit has proved to be a source of inspiration. Whatever it’s made of, whatever’s on it, the garment is loose fitting and designed to be unbuttoned at least halfway down your chest.

Tom Selleck’s Paradise Found shirt in Magnum, P.I. is likely one of the more prominent pop culture examples, but the truth is, this look was everywhere. Although the late ‘90s had its ‘70s-inspired prints, the ‘80s resulted in a better fitting, more louchey combination that was more Miami Beach than Swingers-meets-skater choices. 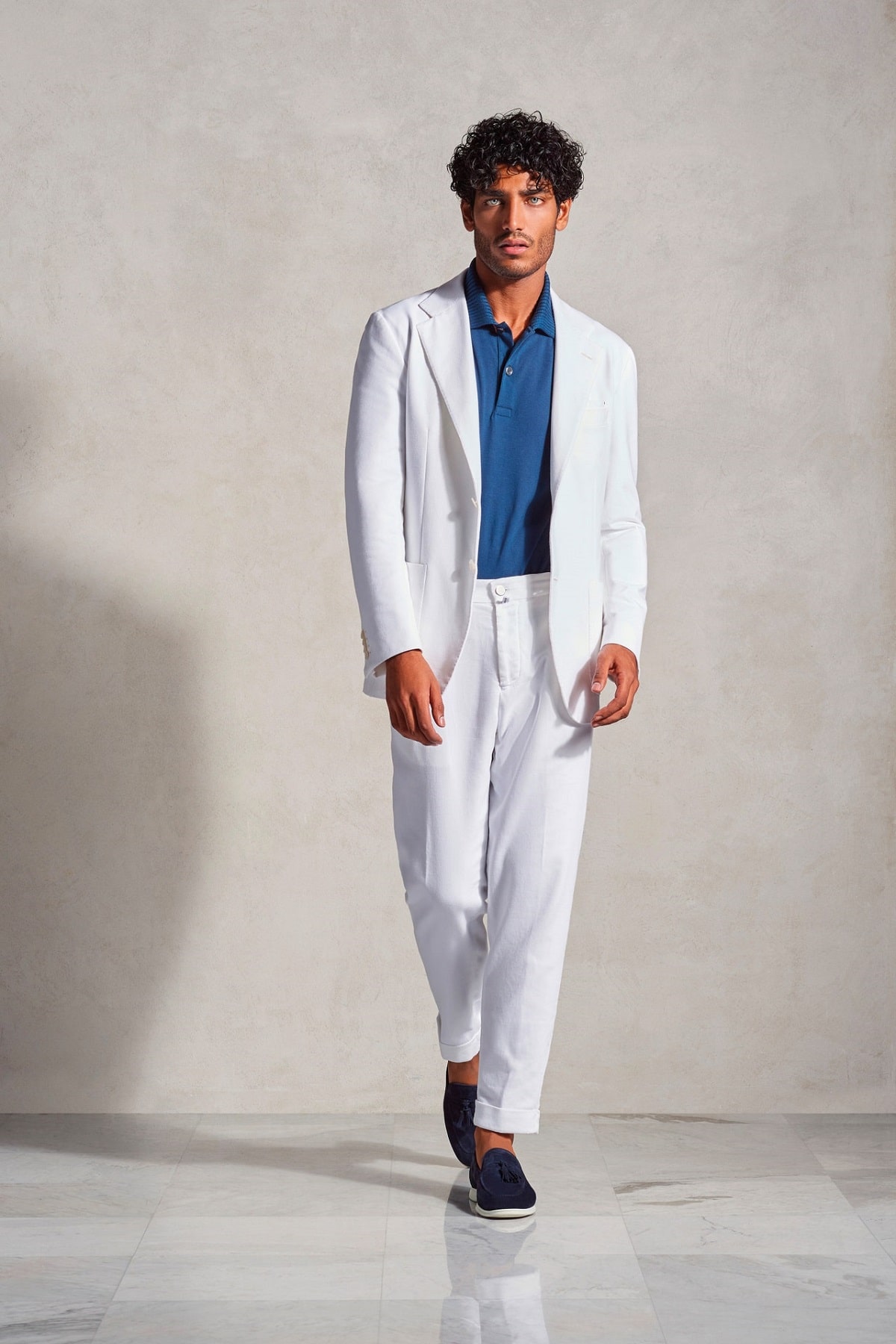 Although polo shirts lasted through the ‘90s, the baggy fit resulting made it more of a dad choice. Fuelled by renewed interest in preppy fashion, the ‘80s version of the polo shirt isn’t that different from its current incarnation: slimmer and fitted, with more colour choices at your disposal. Also, like oversized printed shirts, the polo has no direct pop culture influence and, instead, maintained a similar benign pervasiveness until Grunge fashion officially took over. Greater attention to preppy fashion and golf over the past couple of years has us now giving this casual-but-not-sloppy staple a closer, more nuanced look.

Pop culture has coloured our perspective of preppy fashion in the 1980s. Although this period, silhouette wise, established or reinforced many of the forms we now consider classic, American movies and TV shows positioned it at something spoiled rich kids wore – take any John Hughes movie – or as the outfit of Ronald Reagan-supporting youth – Family Ties, as another example. 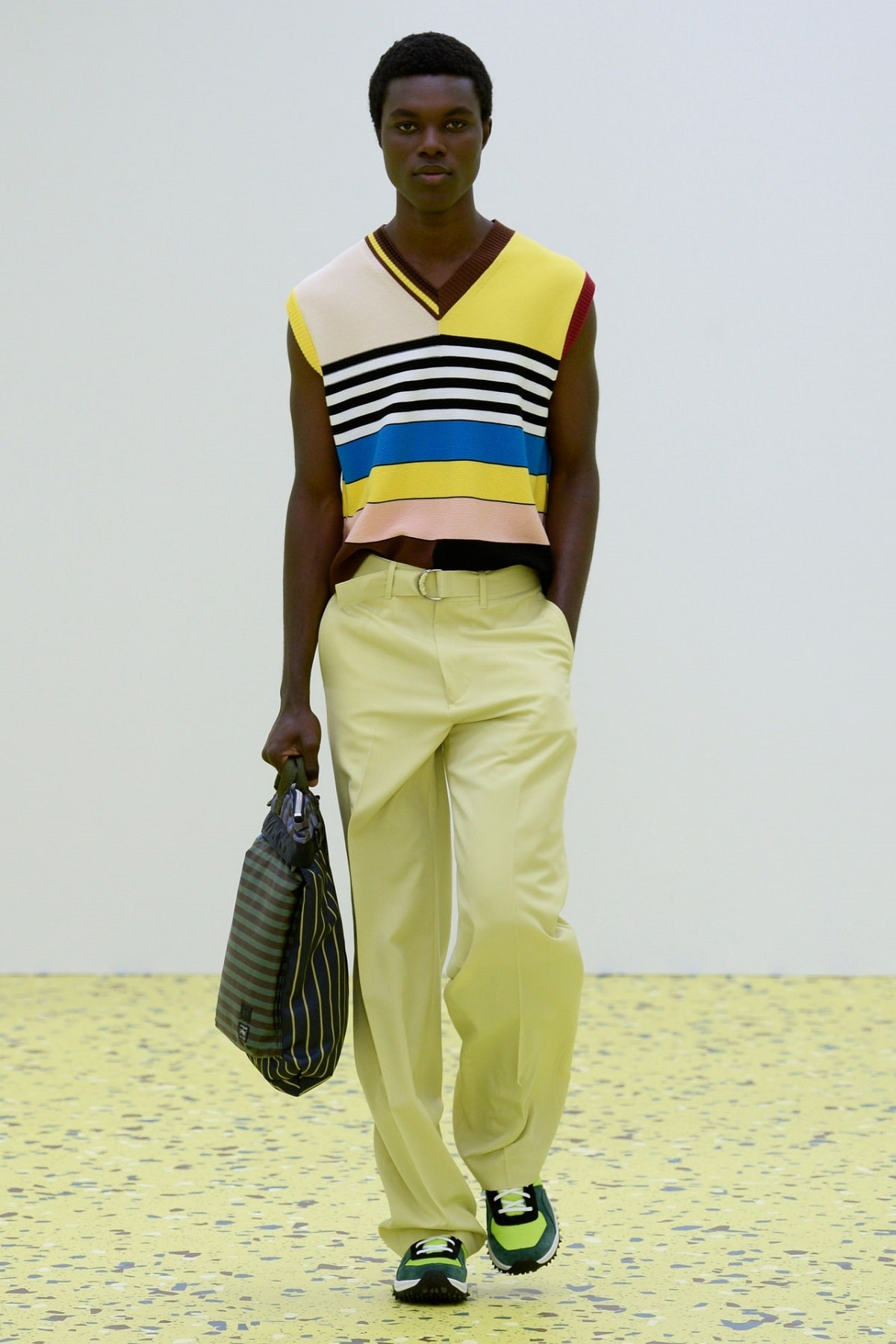 The 1980s, to some extent, made what was more of an upper-class white and collegiate fashion choice more widely accessible. That’s the decade J.Crew found its footing essentially as a more price-conscious alternative to Ralph Lauren. Today, this perspective and the cheapened 2000s version of prep have both distorted our perspectives yet present a more comprehensive view. Menswear prep in the 2020s is less about admiration and revisiting these pieces than dismantling them. For some, it’s creating a fantasy of a world most will never have access to – think the whole “Old Money” trend on TikTok in relation to the ever-fleeting American dream – or the funhouse version we’re all seeing on the runways – baggier and brighter coloured. To make a Pretty In Pink reference, it’s the threads of Blane and Steff reworked through the stylings of Ducky.

Then, true-blue preppy brands seem to be having their own sort of identity crisis. J.Crew is attempting to appeal to a more rightfully woke consumer, while Brooks Brothers falters. Ralph Lauren’s multifaceted nature – and greater respect among streetwear afficionados – seems to be keeping it afloat. Banana Republic, meanwhile, has taken a back-to-basics approach, likely to dig itself out of the “workplace smart-casual” hole it sank into over the past few decades. 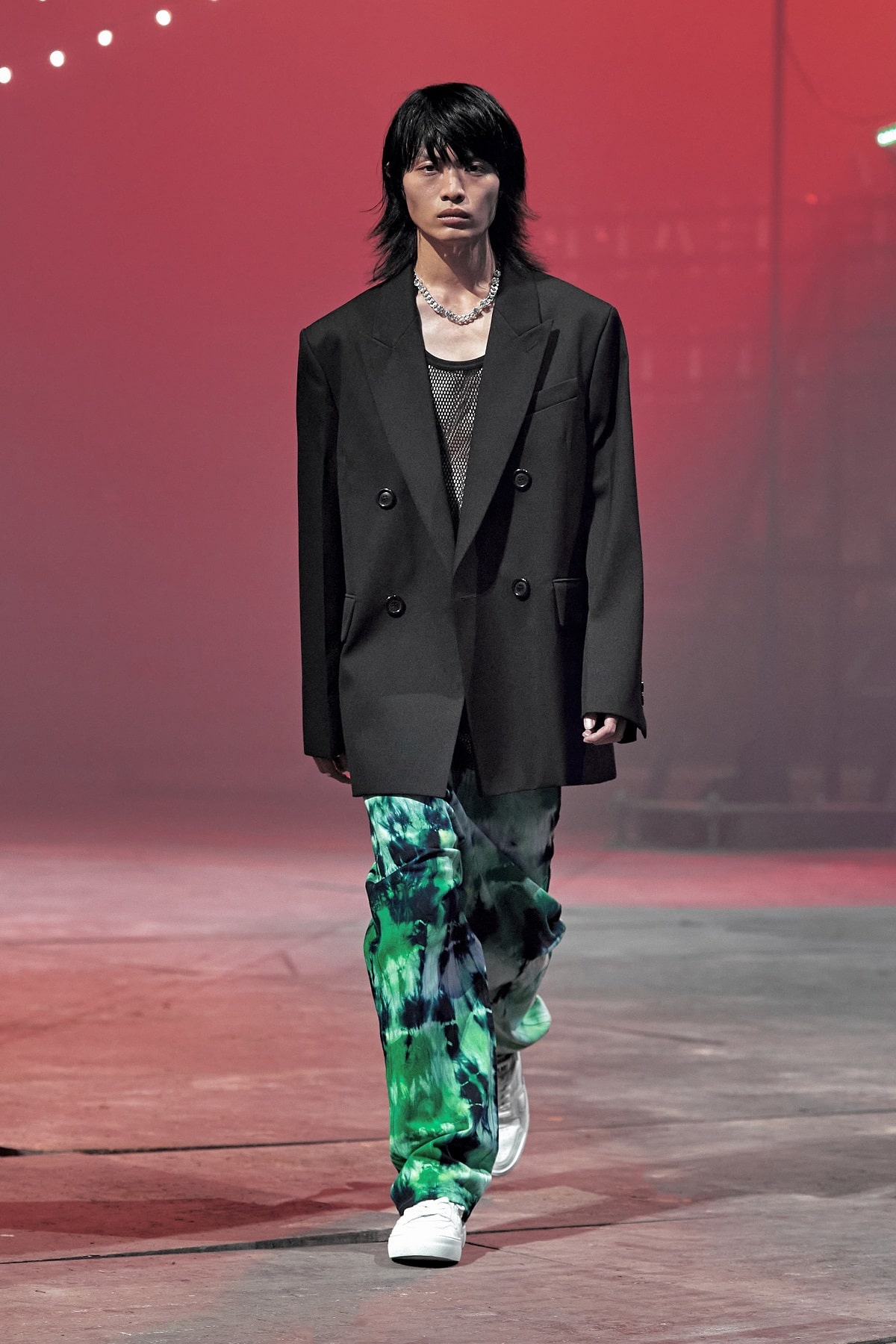 American Gigolo is perhaps the least consequential movie that simultaneously managed to make a major stylistic impact. Drive and The Talented Mr. Ripley at least keep you engaged with their plots. While American Gigolo is kind of about a murder mystery or something of that nature, Giorgio Armani’s threads set the tone for the decade about to unfold. Linen gained an air of effortlessness, and the high-waisted pleated trousers, accompanied by a slightly unstructured jacket, defined men’s suiting into the ‘90s. While the 2000s and 2010s returned to slimmer-cut fastidiousness, Armani suit silhouettes are seeing their resurgence: pleats are everywhere, a wider, more effortless silhouette is back, and a middle ground between unassumingly dressed up and casually formal has broadened.

A few years ago, ASOS’s audacity to start offering men’s crop tops went viral, with commentators questioning the fast-fashion retailer’s decision to offer such an item. It was a low-key version of the whole Harry Styles in a dress on Vogue controversy, of “Are men no longer men?” critiques. 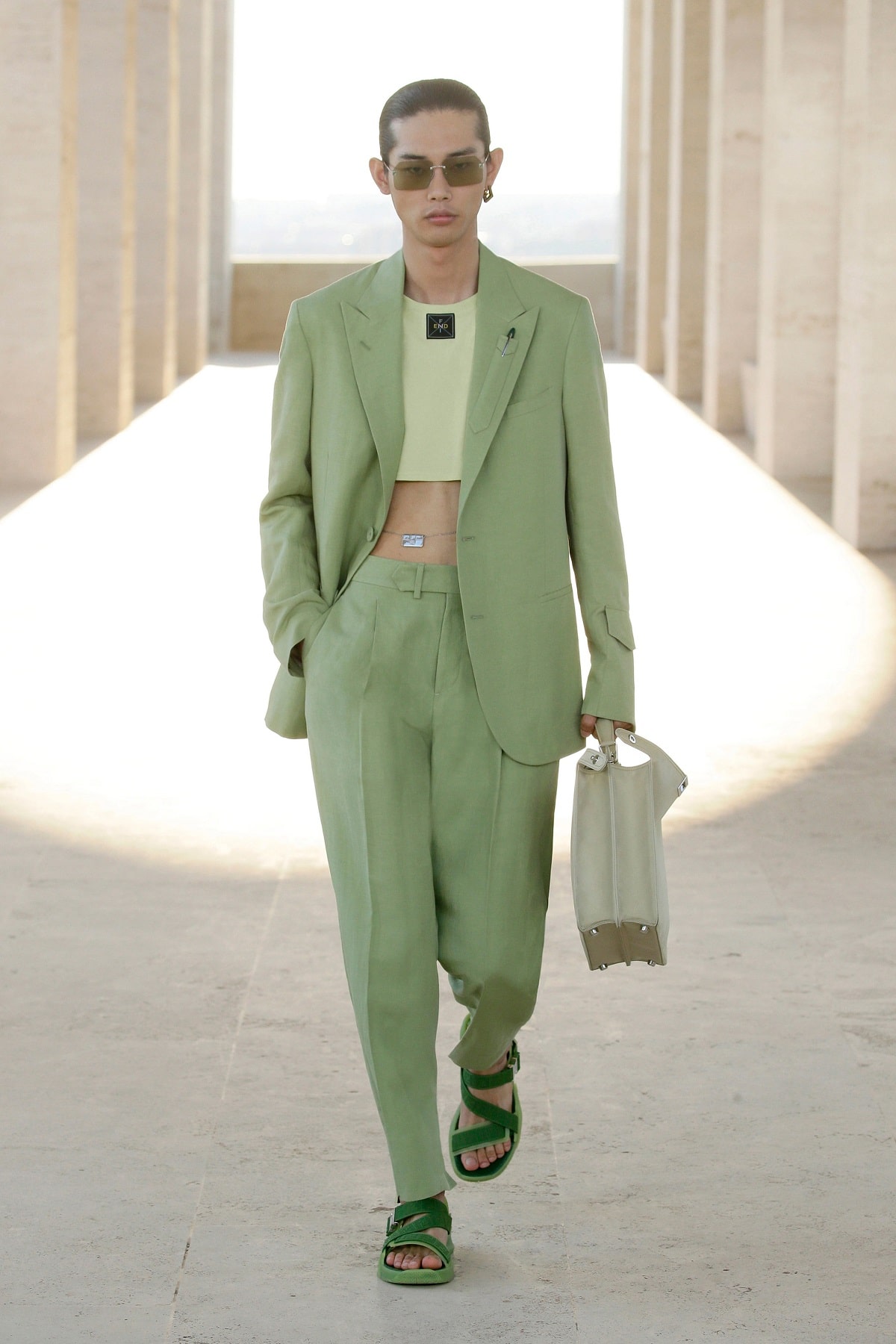 Within the sequence and perhaps more glacial pace of menswear, that’s a short-sighted assumption. Crop tops – or, more specifically, active T-shirts and sports jerseys cut off above the waist – lasted from the early ‘80s into the mid-‘90s in a pre-Jersey Shore way of showing off one’s physique and dedication to fitness. More effeminate implications caused them to go kaput by the mid-‘90s, along with shorter-inseam shorts.

For 2020s, crop tops have shed their gym rat implications and firmly stand within their gender-bending boundaries. Beyond the growing unisex fashion movement, the shape highlights another angular silhouette that, with a wider cut, appears neither masculine nor feminine and is ripe for pairing with some high-waisted pleated trousers.